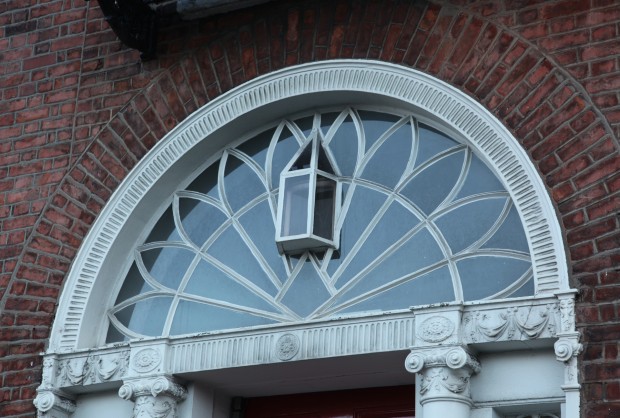 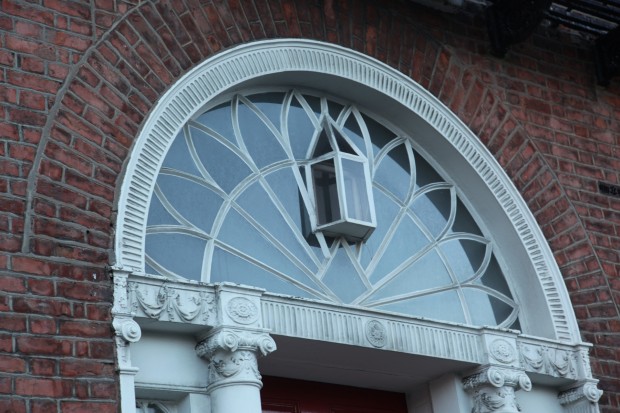 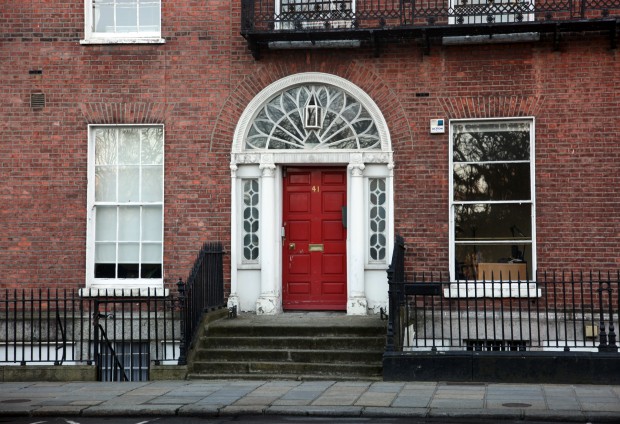 Though there’s something interesting about most of the city’s fanlights (even when they’re just a plain nook), the added function of the ones with integral lanterns makes them very compelling. I wonder whether they were considered a fashionable or advanced development at the time they began appears, or whether they were diminishing the value of the form by sticking on a function that should have been separate, like some kind of architectural bumbag. The cost of modifications and the utility of the result suggests it was desirable, but there’s a nice awkward weight to them that allows you to at least imagine it going the other way. 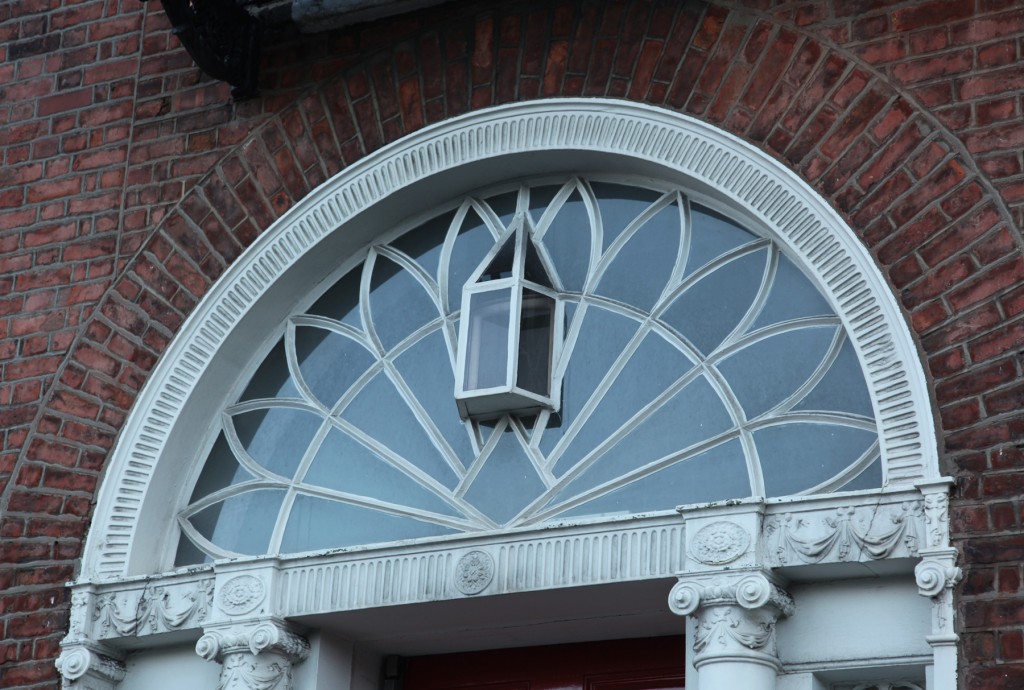 On 41 Merrion Square, there’s a boldness to the tracery pattern that almost subdues the three-dimensionality of the lantern for me. It’s one of the most peacock-like fanlights I’ve noticed – no small feat – with a heavy, pointy quality that’s either showy or aggressive. The pattern is part sunburst, part petals, and the jewel shape at the centre gives it an extra bit of non-specific symbolism, balancing the weight of the lantern on top. It’s probably not getting much direct sunlight, being northwest-facing, but even bright skylight must cast quite a strong shadow on the hall inside. 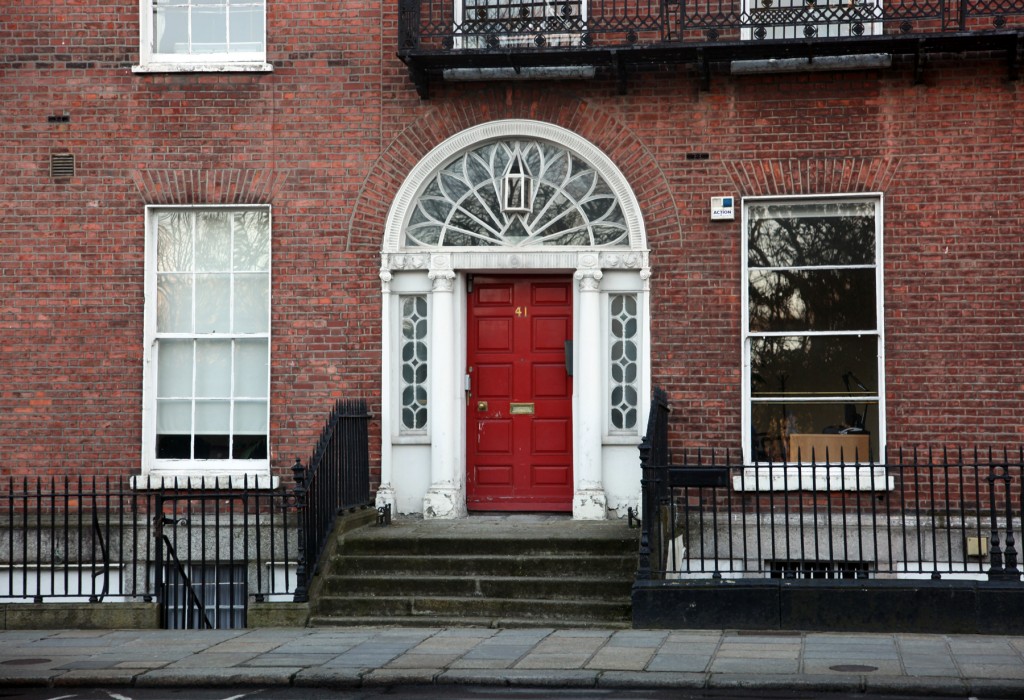