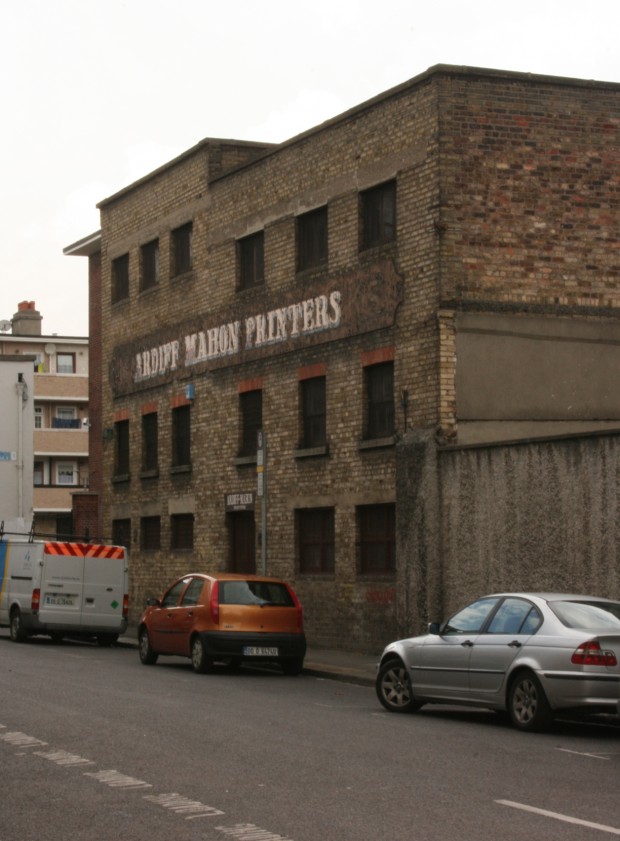 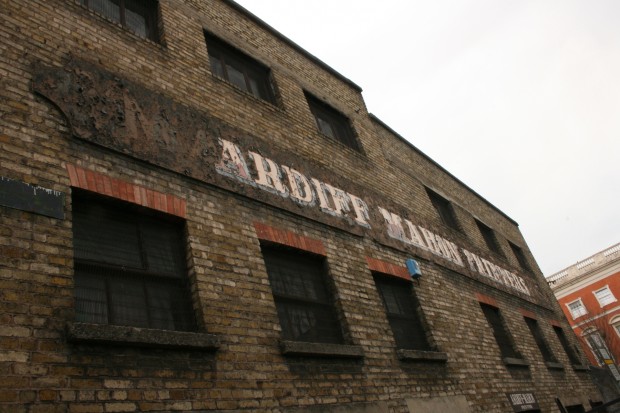 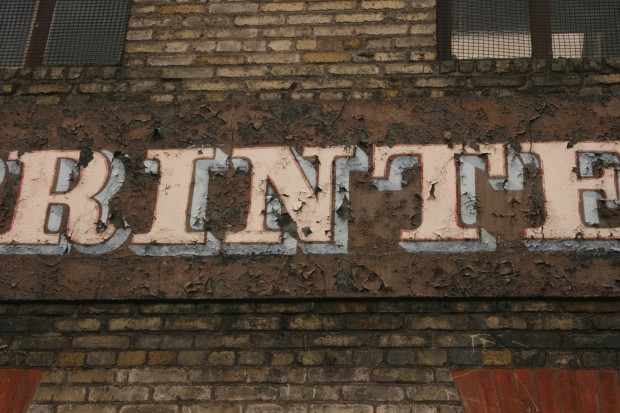 Yarnhall Street is mostly notable now as one of Dublin’s places named after long-gone industry, though it’s also a shortcut to Henrietta Street and leads to DIT’s School of Construction on the site of the former Linenhall (a market and trade headquarters burned down in the 1916 Rising).

This beautiful, peeling sign for Ardiff Mahon Printers is opposite the side of Bodkin’s, and it looks as if it used to begin with ‘MAHON’ underneath the current layer. On the Bolton Street side, there’s a particularly lovely white tiled box with green trim and a row of vertical windows, presumably part of the same building.