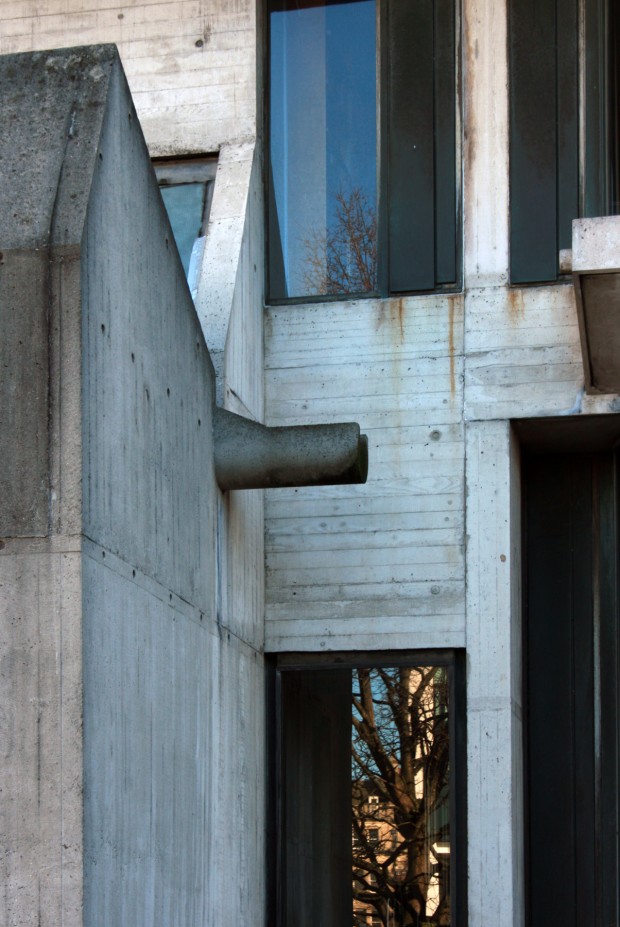 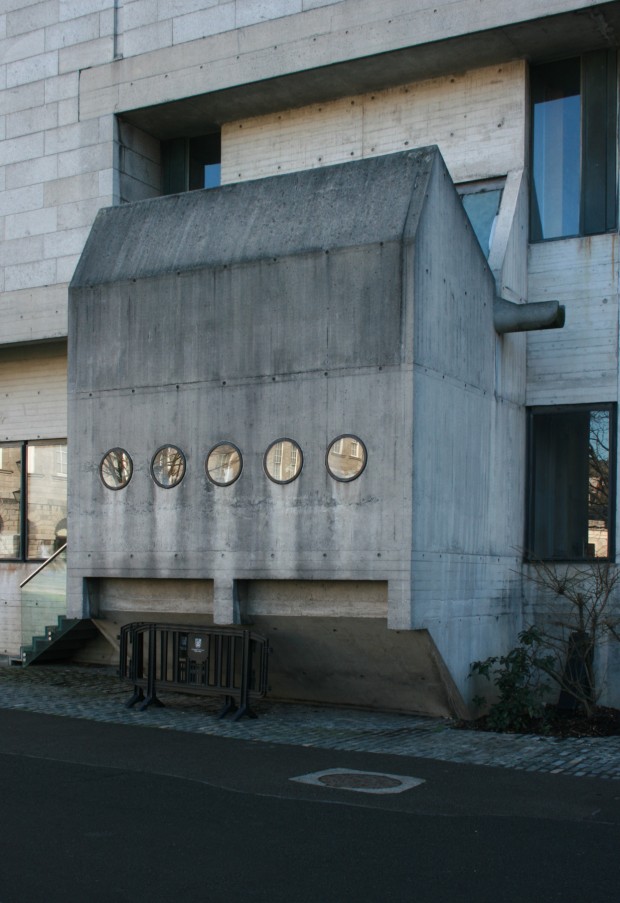 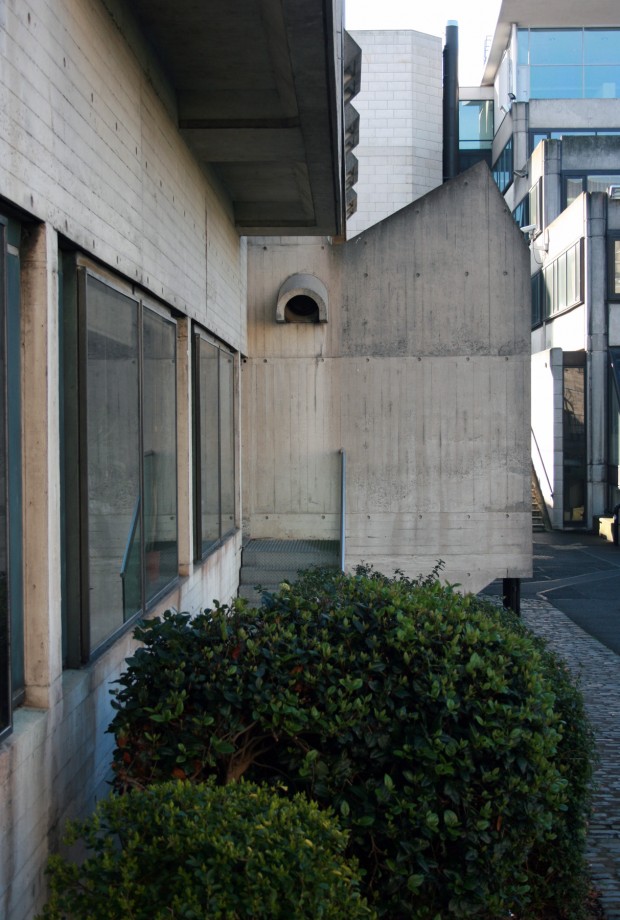 On the Fellows’ Square side of the Berkeley Library, there’s a small projection with flat, porthole-style windows (which are described by Christine Casey as later additions). It might be my favourite part of the building: it’s such a strange and deliberately made form, and I don’t have a plan of the building to hand that might explain its purpose.

The roof profile is like a tiny section of a north-light roof, the kind often seen on factories and warehouses. It zigs twice and zags once, draining to the right via a pipe extruded like a ship’s funnel. On the left side, there are two more extrusions but these ones have the half-cover on the upper side, suggesting other utility outlets. At the projection’s base, it slopes steeply back in to the main facade, leaving the interior floor level the same as the entrance podium.