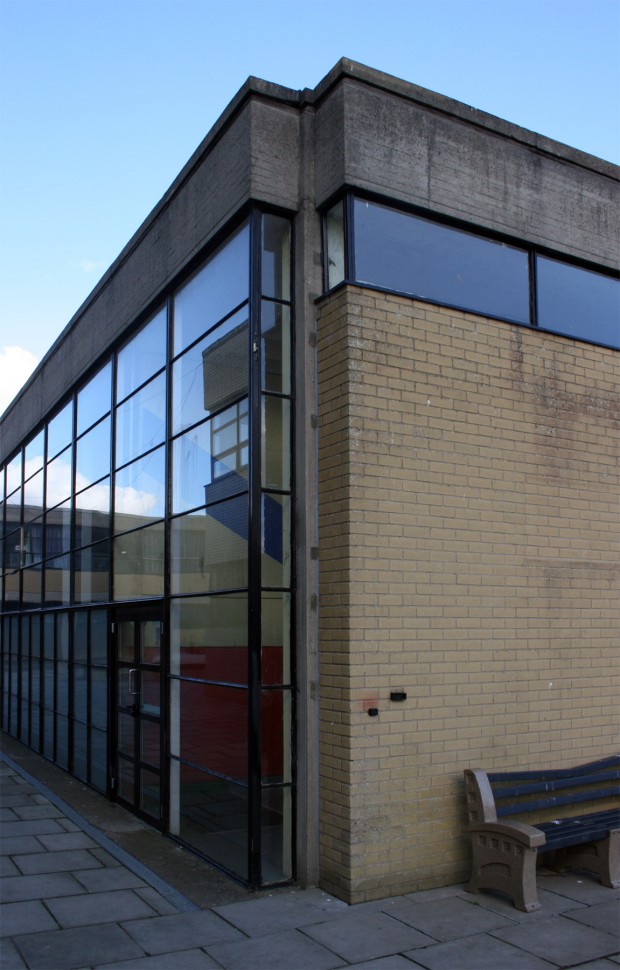 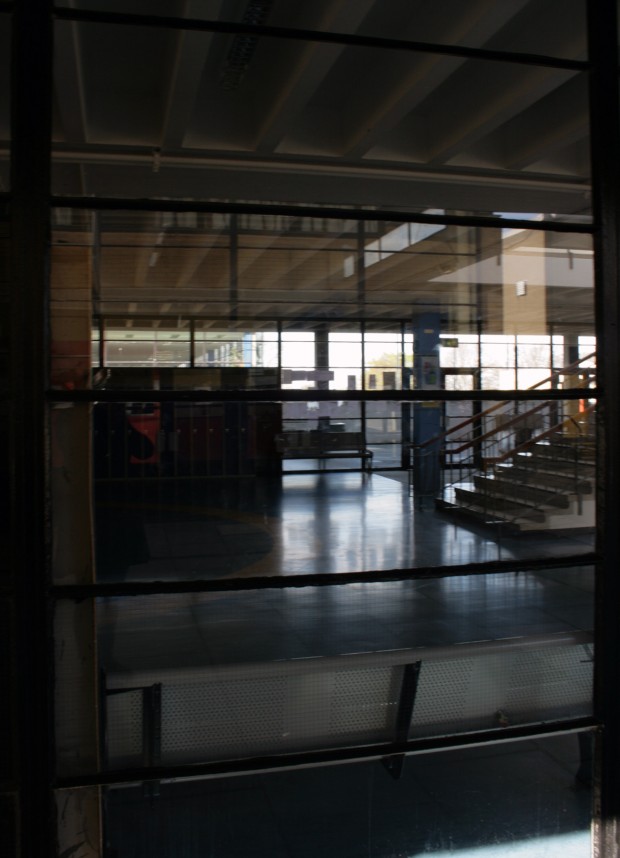 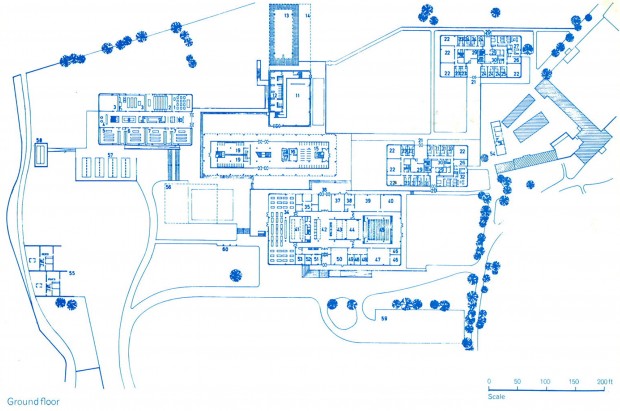 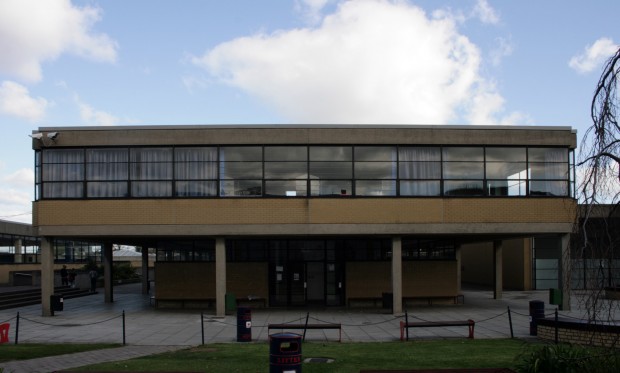 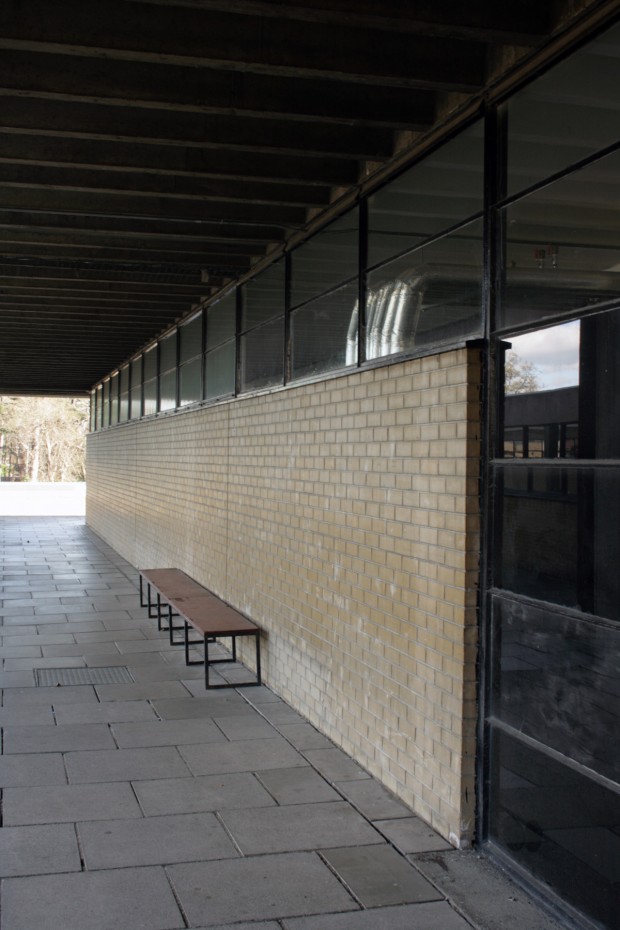 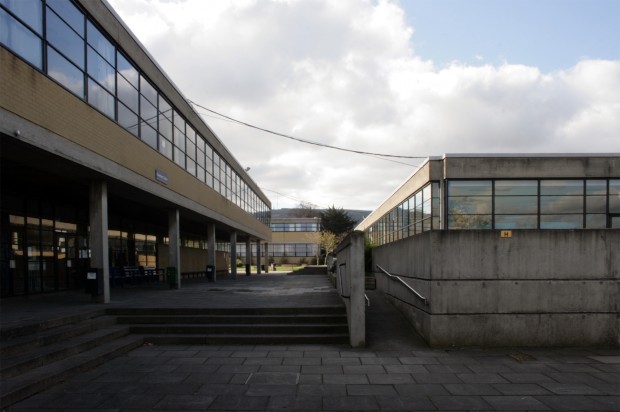 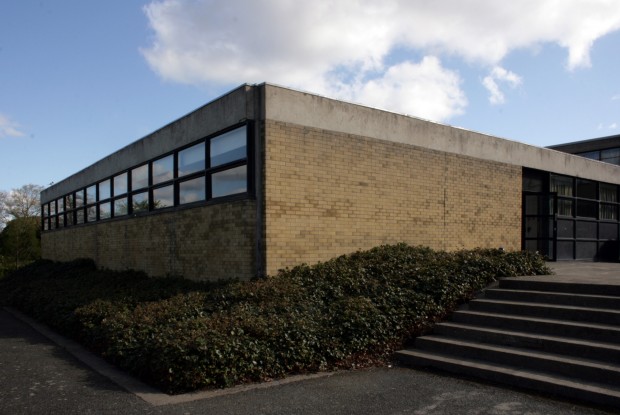 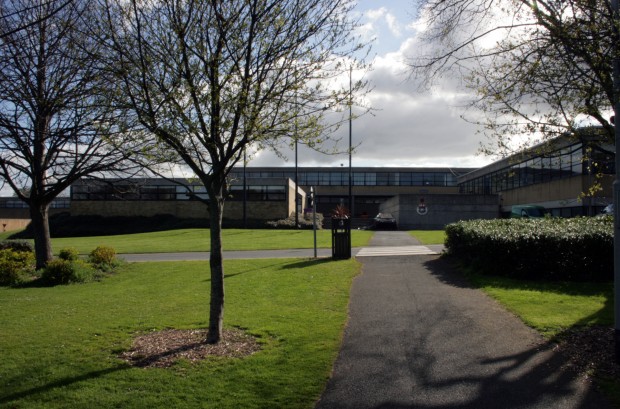 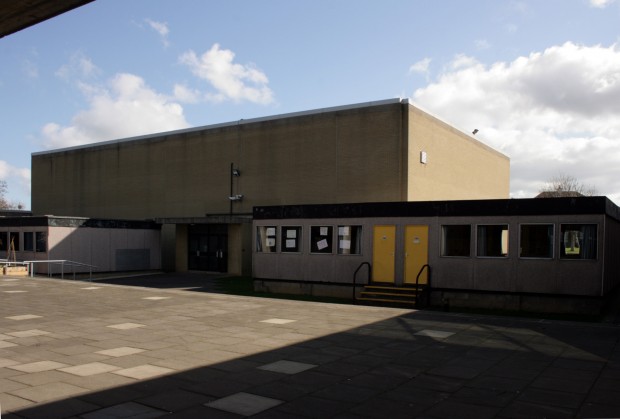 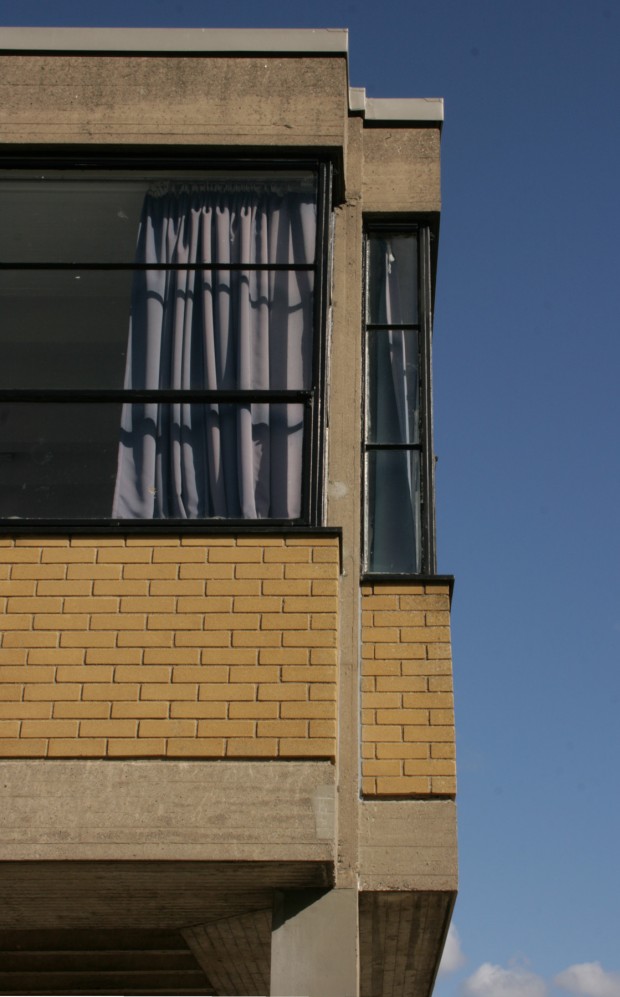 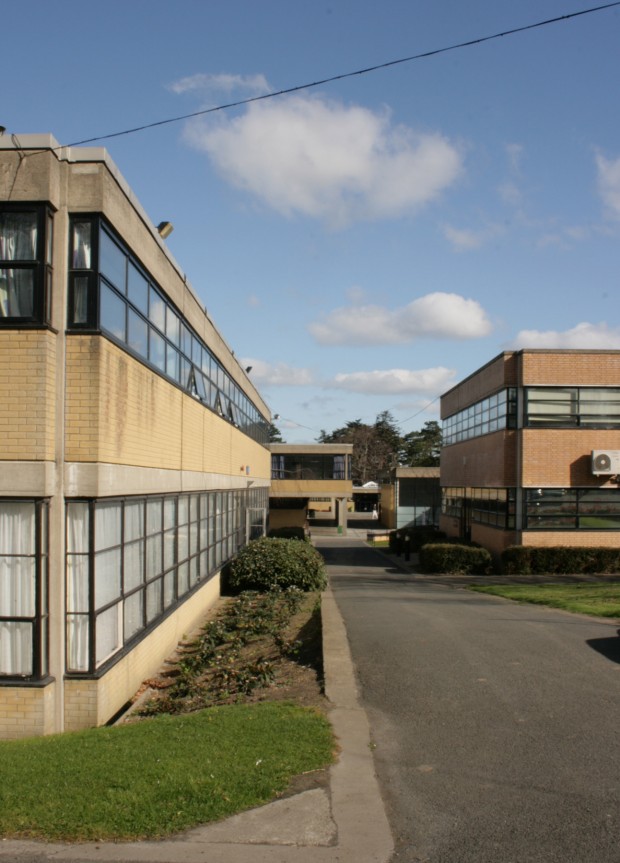 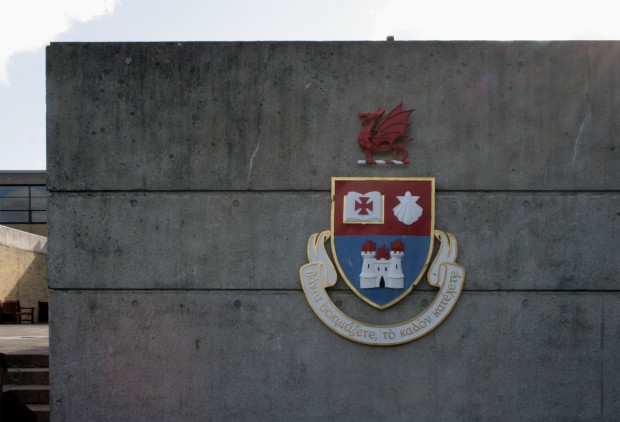 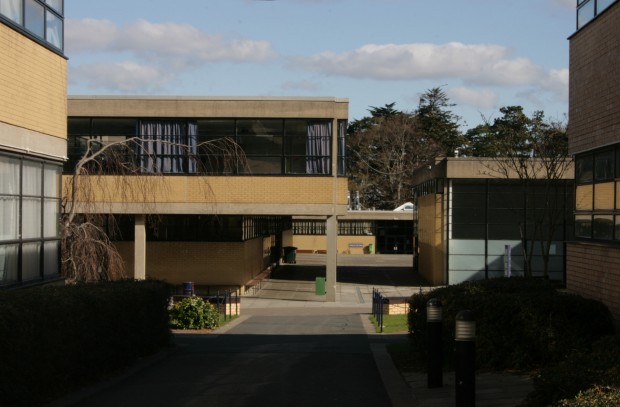 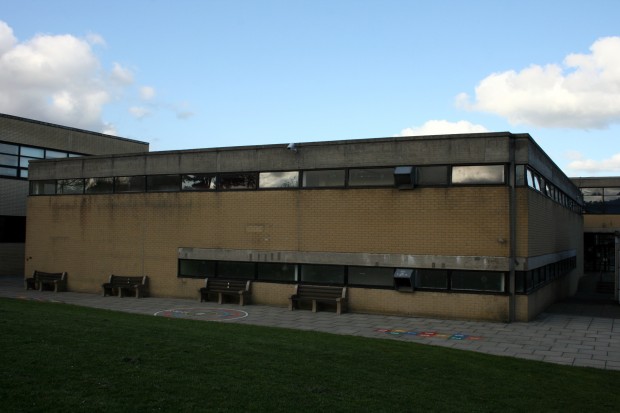 Wesley College moved from St. Stephen’s Green to Ballinteer in 1969, holding a limited competition for the new school in 1964. The winning design by Robin Walker (Scott Tallon Walker) set a series of long, two-storey buildings on the upper part of the sloped site, with the colonnaded main classroom block at the centre and the others arranged close by in slight overlaps. Earlier this week, we featured the board-marking on the main block, and here’s some more of the campus.

(The original pool has been filled in, and there have been a number of additional buildings like the music block, materials technology suite, and library/IT accommodation, but the photographs above focus on the 1964-9 scheme.)

Wesley’s setting is beautiful, with mature trees and a lush green lawn sloping down to the Ballinteer Road entrance. It’s tranquil and quiet, still like being in parkland even though Ballinteer has transformed into a sprawling suburb cut through with constant heavy traffic.

Some of the calm comes from the organisation of the site, with an orthogonal relationship between the buildings, everything in alignment but not equally spaced. The gaps in between allow for paved terraces and outdoor space, as well as letting the dormitory blocks drift closer to the original Ludford Park House, creating an informal zone for the boarding school pupils.

The exteriors are clad in cream-coloured bricks, with steel window frames (painted black), and bands of concrete at floor and roof levels – long, horizontal, ordered, and forming easy visual relationships between buildings on different terrace levels. Like the site plan, the materials show the same ordered ease, drawing from the same framework but adapting for each building’s needs.

I like the deep shelter of the colonnade, too, and the plain, inviting benches on the inner edge. It’s practical in allowing for movement around a campus-style layout in the Irish climate – fresh air without waiting for summer – and I’ve never understood why we have so few deep porches and colonnades.

Many thanks to Fergus Madden and principal Christopher Woods for permission to visit Wesley College.