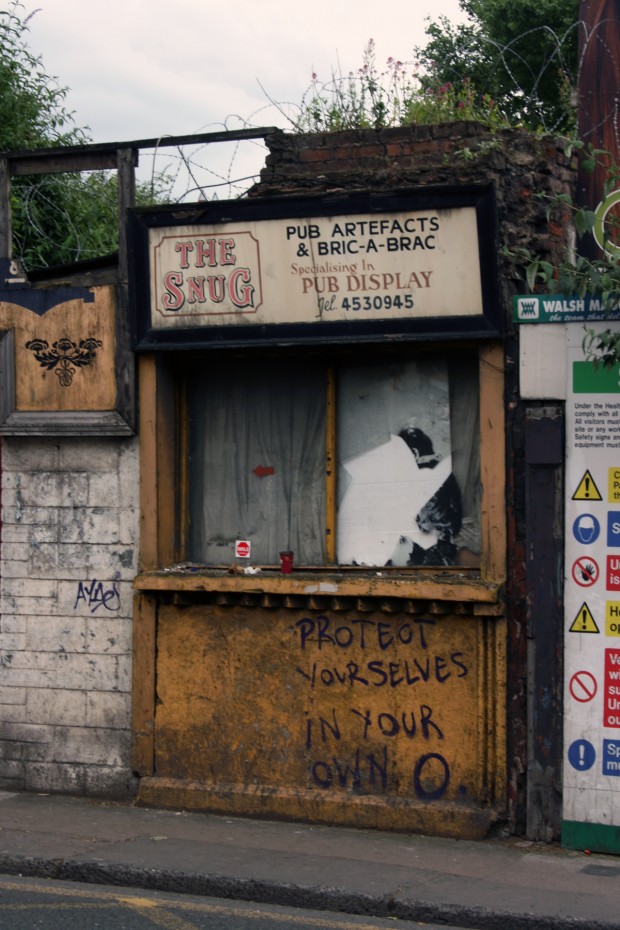 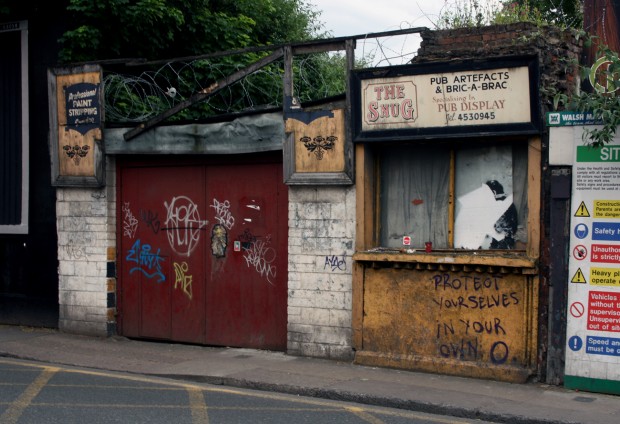 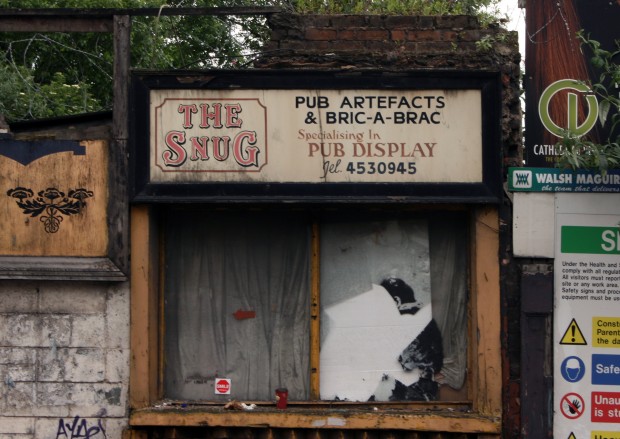 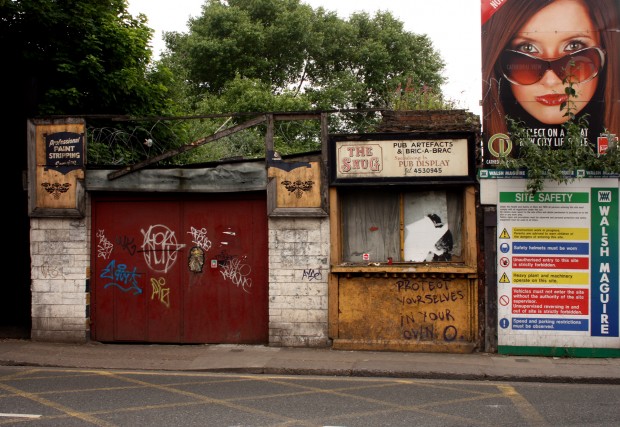 The Snug (which is on the Coombe just where it intersects with Francis Street) is one of those sites that seems as if it’s always been out of use, like all previous versions were wiped out of memory by its current status as a landmark of dereliction. It can’t really have been that long – at the very least, the seven-digit phone number dates it to after the early 1990s, especially since it’s not six-and-a-hurried-prefix. 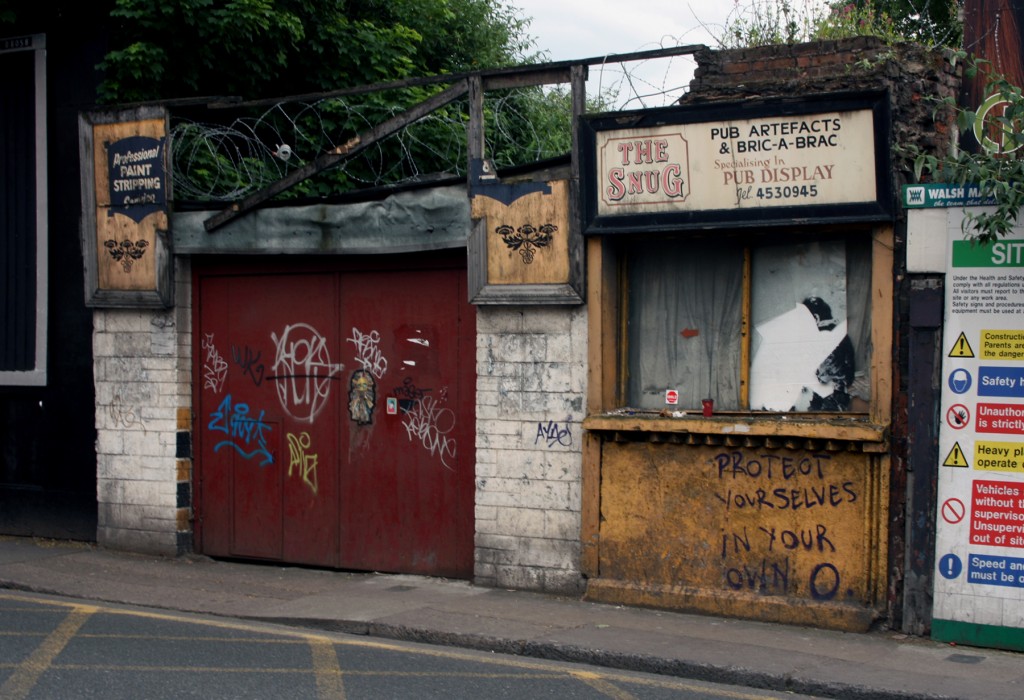 It’s immediately appealing for being so small and so bright, with the windows making it look like a child’s drawing of the shopfront (the lack of a door or a letterbox or a number helps here too), maybe like last week’s shelters but for those who like playing salvage trader/pub decorator instead of playing house. At the very least, it’s nice to imagine microsubgenres of play, right? 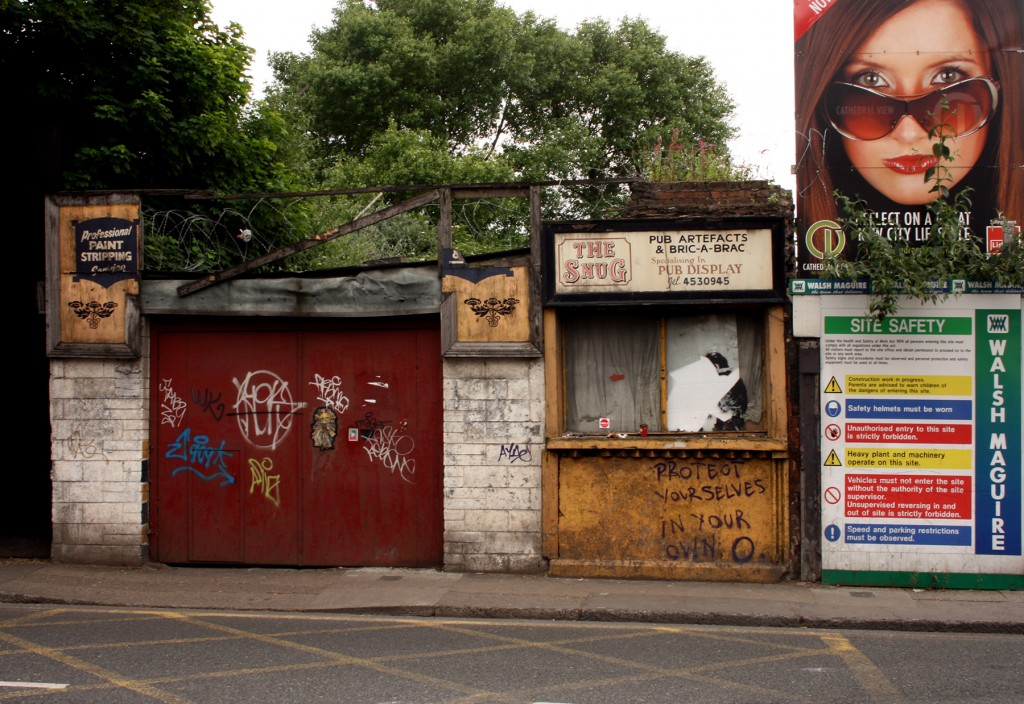 Like the city’s other derelict points of interest, I’d love to see it put to active use: we can photograph the scraps and miss the ephemeral details that are gone, but it would be grim to see this unchanged in five or ten years. It’s set off by the ad to the right, an absurdly vacuous aspirational poster where a woman in lipgloss and presumably fancy sunglasses implores us to ‘REFLECT ON A GREAT NEW CITY LIFESTYLE’. (The lifestyle’s offering the revolutionary promise of living and working in the city, if you missed the brochure. Shop! Dine! Commute! Ooze style and quality!) As a pair, they’re a reminder of the number of sites that are available for (or paused during) development in Dublin 8. 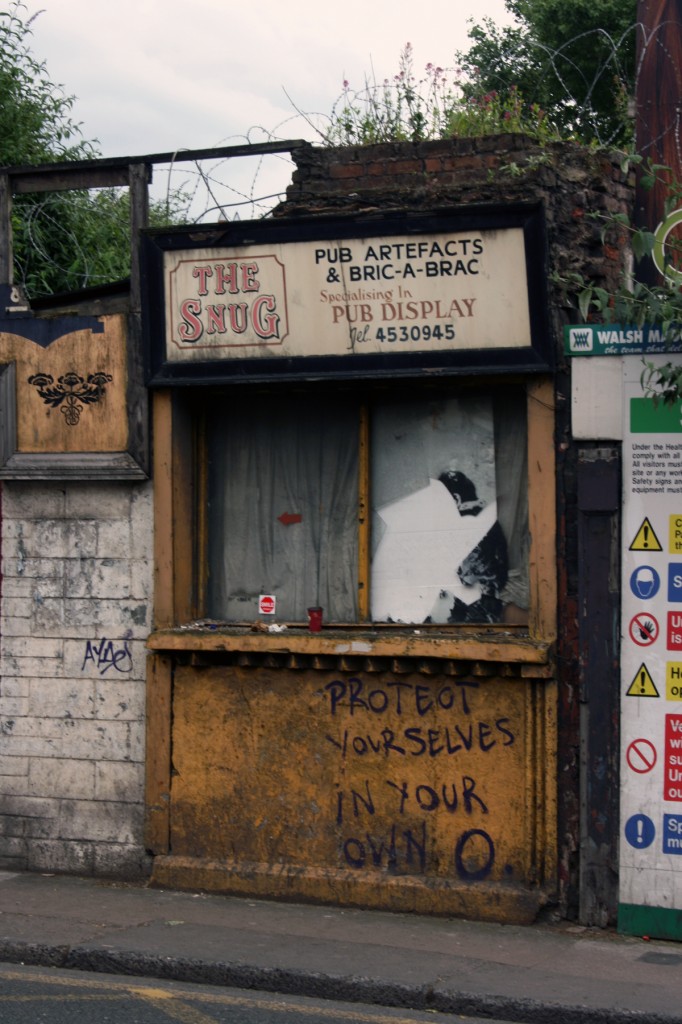 The small chap sitting in the window is by French street artist Jef Aérosol, one of a number of pieces he did around The Coombe and Francis Street a few years ago. Aérosol’s photo shows how it looked pre-smashing. It’s called ‘Sitting Kid’ and is one of Aérosol’s trademark images (it’s even appeared on the Great Wall of China), and the red arrow to the left is Aérosol’s too.