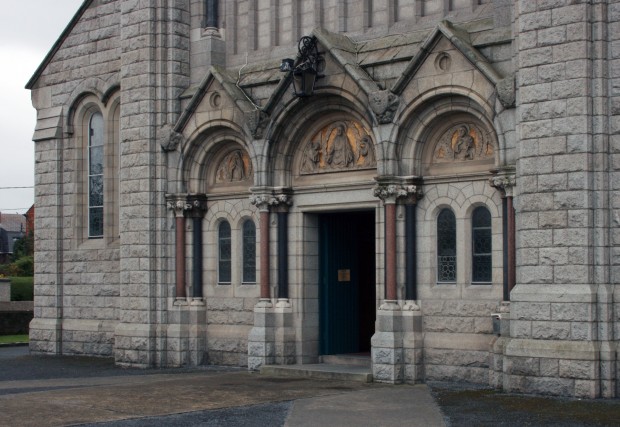 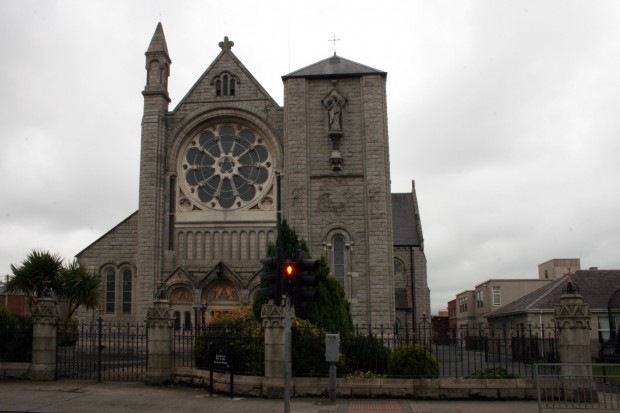 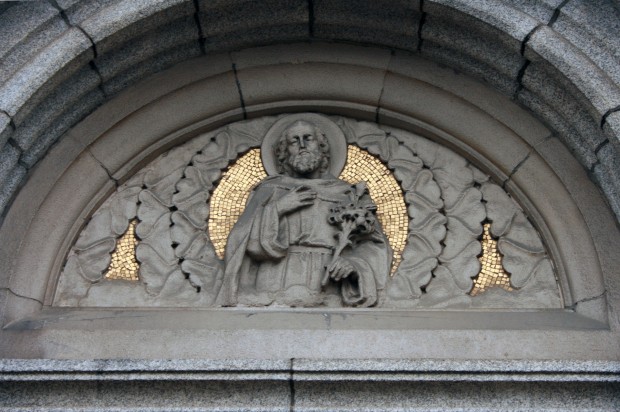 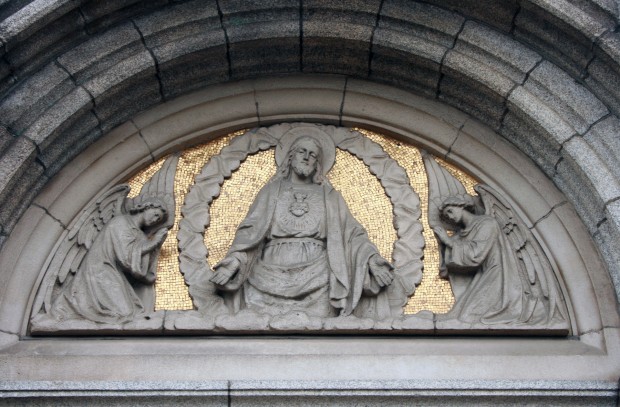 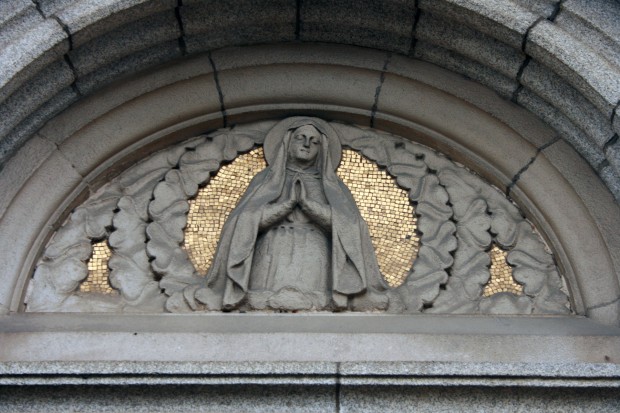 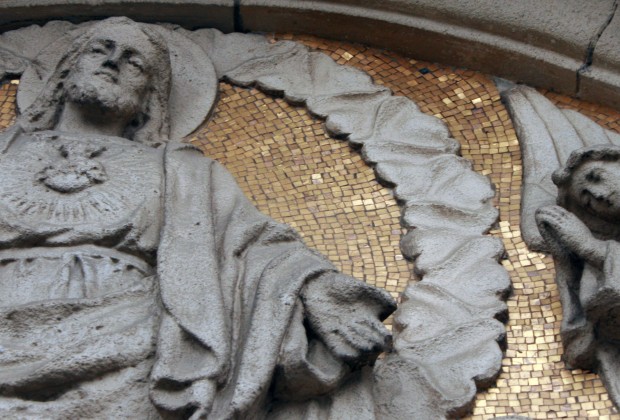 Terenure’s most distinctive religious building might be its beautiful modern synagogue on Bushy Park Road, designed in 1954 by Wilfrid Cantwell, but the Catholic church of St. Joseph has its interesting moments. It was designed by William Henry Byrne & Son (original phase by William Geraty Clayton), constructed between 1897 and 1905, and it’s an asymmetric romanesque building separated from the street by a short fence. Inside, there are stained glass windows by Harry Clarke dating from the 1920s – the Crucifixion, the Annunciation, and the Coronation of Virgin in Glory, which you can see here. 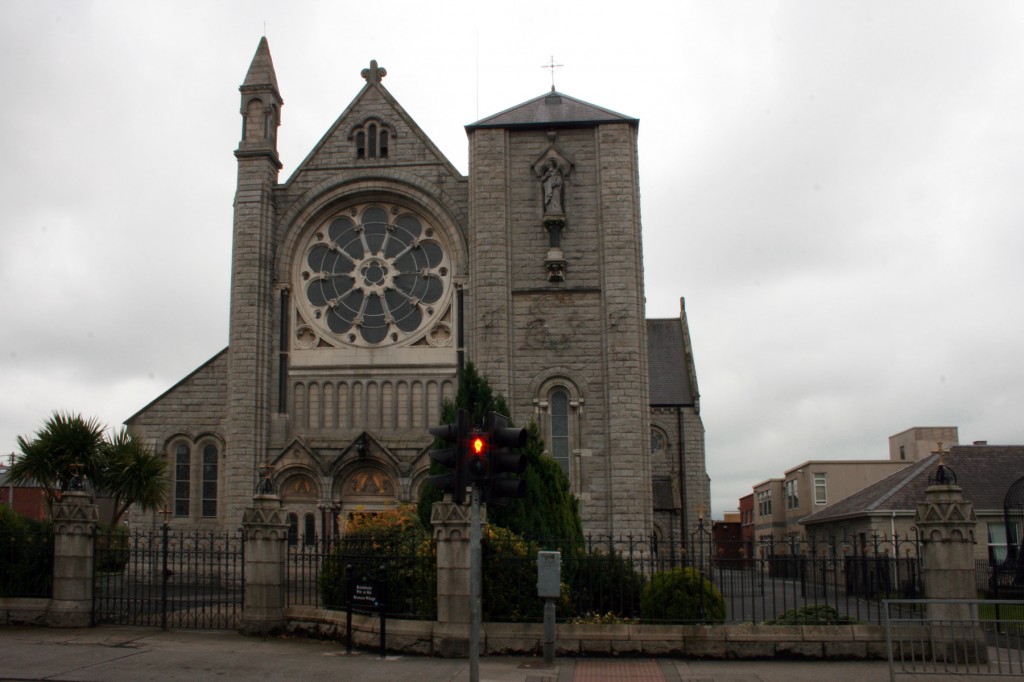 Visiting to see the stained glass, though, I was drawn to the gold tiles over the entrance, forming the background for the tympanum carvings of Mary, Joseph and Jesus. It’s an interesting contrast, especially as the stone has weathered into a rougher texture, and the two tones are really beautiful together. I have no idea whether the tiles are original (though if I had to guess, I would assume they’re not) or when they might have been added, but if they were a later addition, it would be interesting to know how they went down in the parish. As a visitor, it’s a warm, bright spot that’s quite welcome. 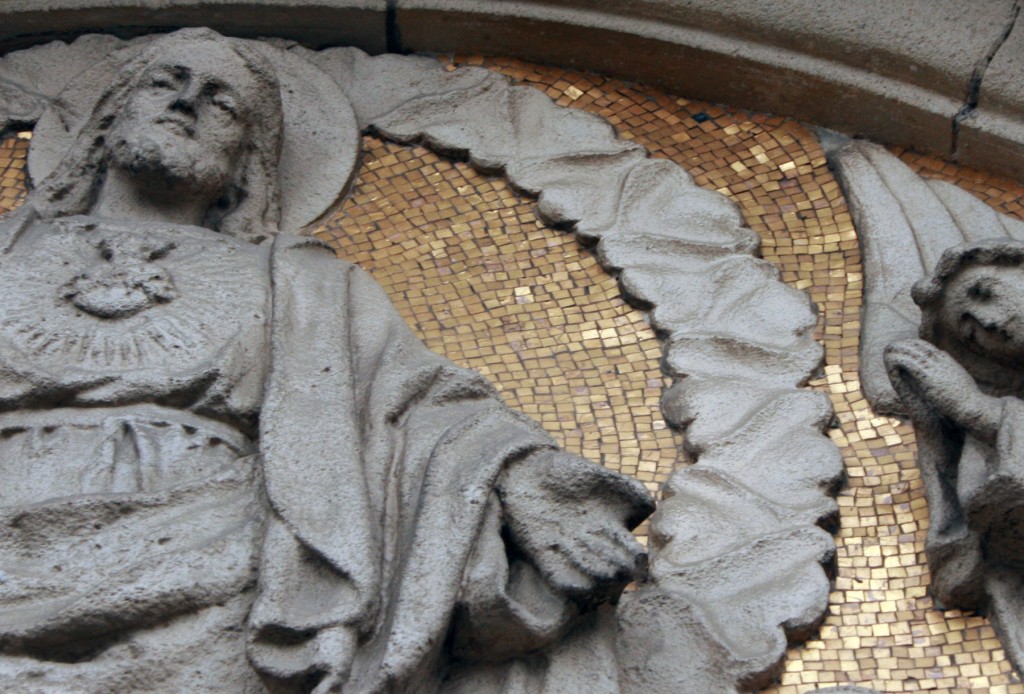