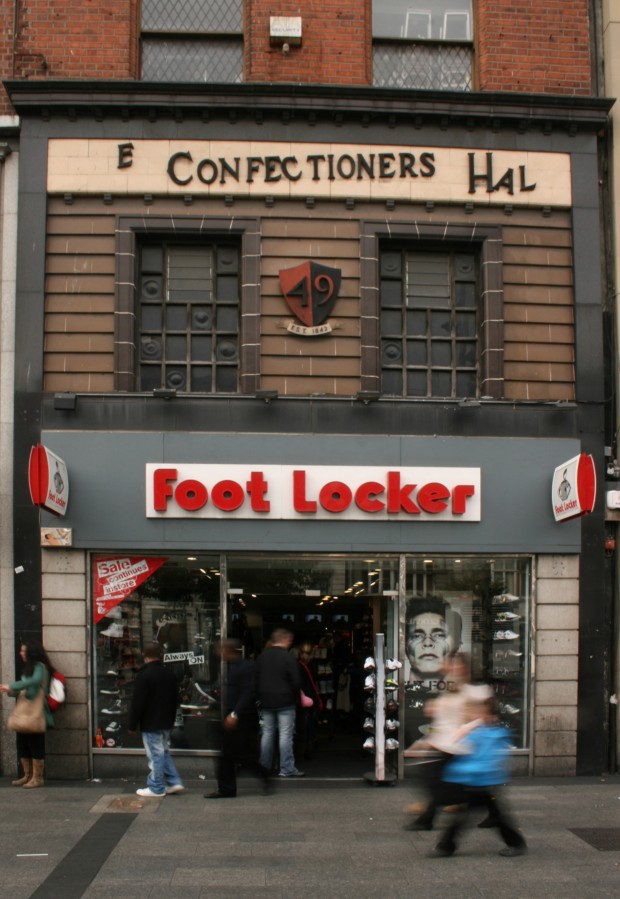 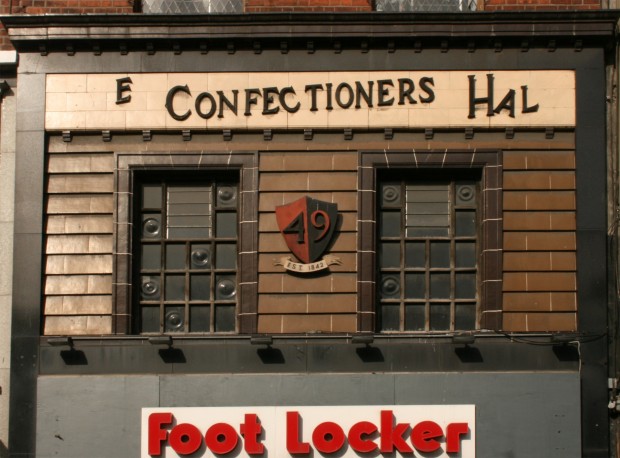 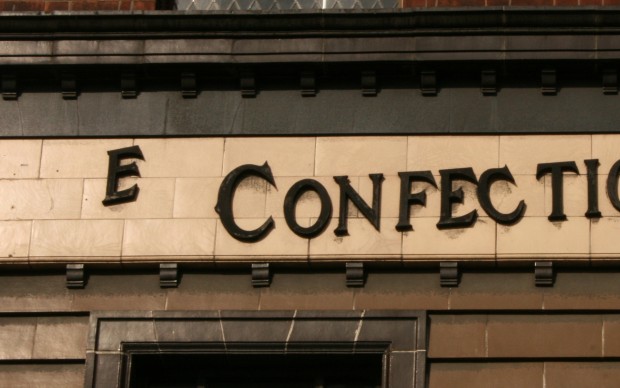 The Confectioners Hall is another nice example of retained signage, closed since 1984 and now occupied by a sports shop. It was opened in 1842 by Graham Lemon and Company, noted for its Christmas window display, and has the distinction of being mentioned twice in Ulysses, including this passage from Lestrygonians:

Pineapple rock, lemon platt, butter scotch. A sugarsticky girl shovelling scoopfuls of creams for a christian brother. Some school treat. Bad for their tummies. Lozenge and comfit manufacturer to His Majesty the King. God. Save. Our. Sitting on his throne, sucking red jujubes white.

A sombre Y.M.C.A young man, watchful among the warm sweet fumes of Graham Lemon’s, placed a throwaway in a hand of Mr. Bloom.

As a compulsive editor, the loose and missing letters make the sign even more of a draw for me, like the satisfying annoyance of seeing something like panini’s as you pass by a cafe. The tiled strip under the letters gives the sign even more texture, though it looks positively minimal above the gingerbread house aesthetic of the first floor. It’s a highlight of O’Connell Street from the window of a northbound bus.

(I wrote a longer piece on the Confectioners Hall for a seminar on food and the city a few years ago. It was published on the Irish Architecture Foundation’s blog, now archived as part of their old site.)