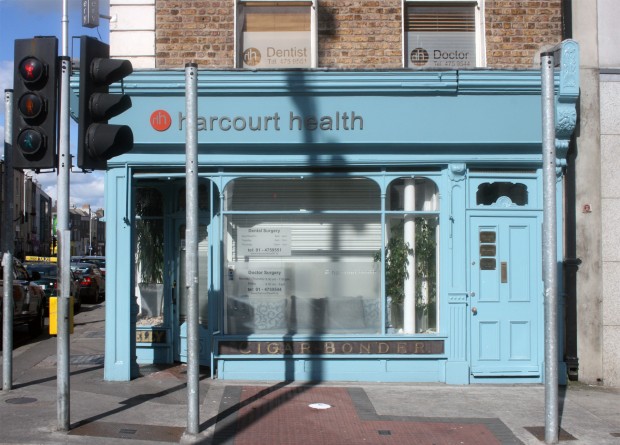 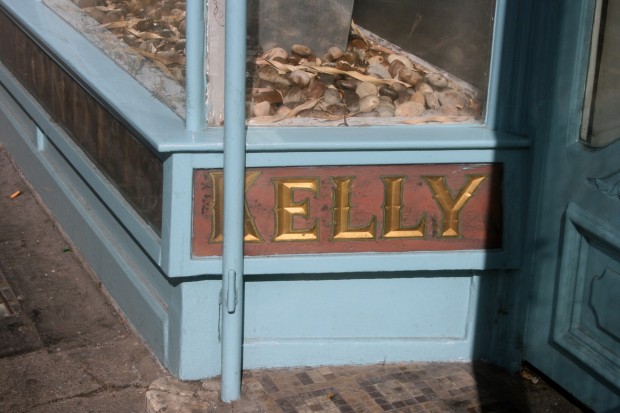 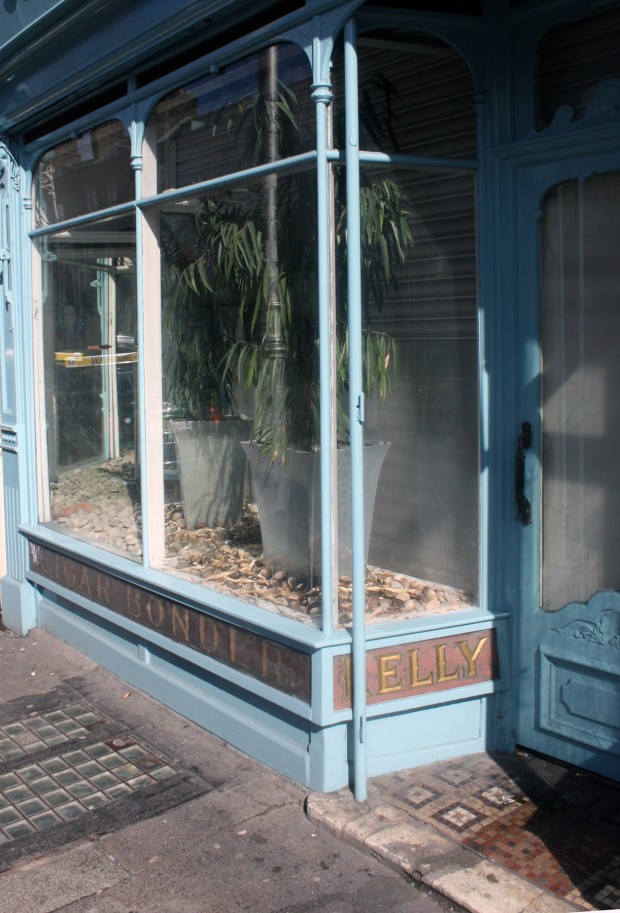 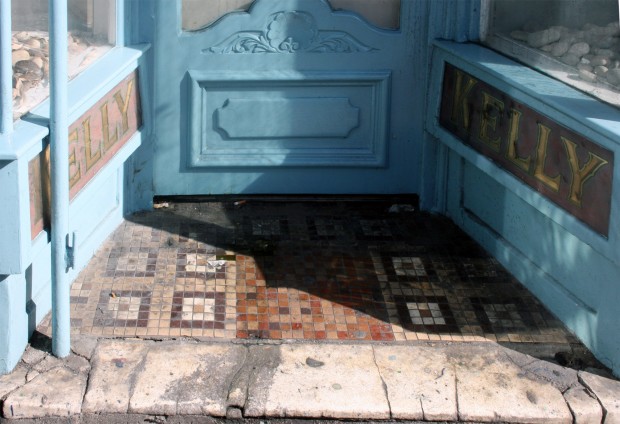 Dublin has a number of junctions named after pubs or businesses located (or formerly located) at the corner – Leonard’s Corner, Hart’s Corner, Baker’s Corner, etc. It’s not on most maps and can be immensely confusing when giving directions, but the names are in wide enough use to be printed on bus tickets and timetables. Kelly’s Corner (at the junction of Harrington Street, Harcourt Road, Upper Camden Street and South Richmond Street) was a good example of the name’s origins being obscured by time, until a bridal shop left the corner unit and their shopfront fascia was removed to reveal the original shopfront.

Kelly’s was a tobacconist run by James Kelly, a conservative nationalist politician, and the shop was destroyed in the Easter Rising in an incident of mistaken political alignment that took place amid five murders. So, the existing signage and shopfront definitely date from after 1916.

The retention of the signage seems very successful, with a beautiful blue used as part of the current occupiers’ identity and the low band of tobacconist signage being so distinct in style from the modern sign that there’s no risk of confusion. This is a mode of retention I’ve noticed a lot in Paris particularly – here is a Google Street View link to the Replay flagship store on Rue Etienne Marcel, with its DEPOT CERAMIQUE sign – though it’s not unique to one city.

I gave a short talk at City Intersections #2 last week, a wonderful interdisciplinary public forum on urban-related issues, and I was presenting a loose series of ways in which this project has got me thinking about generosity in Dublin’s built environment. One of these was a generosity towards the city’s history, not slavish in preserving any particular period (but not cavalier about destruction, either), but allowing traces to remain where possible. It’s a subjective balance, but I find there’s a particular richness the parts of the city where a whole load of periods are visible even in tiny amounts all at once. The corner name should probably count as part of this, too.