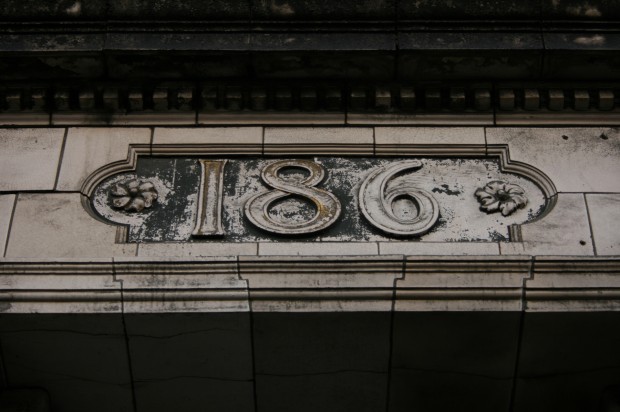 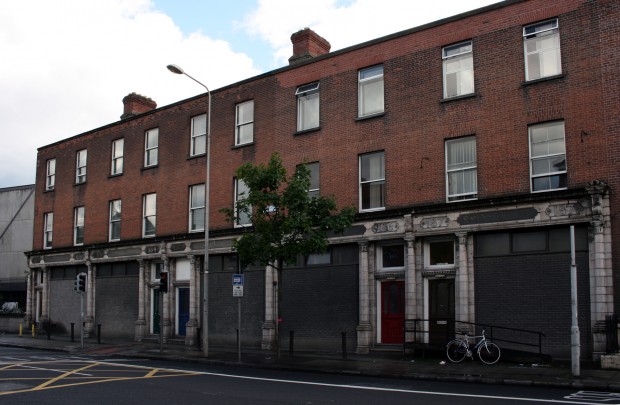 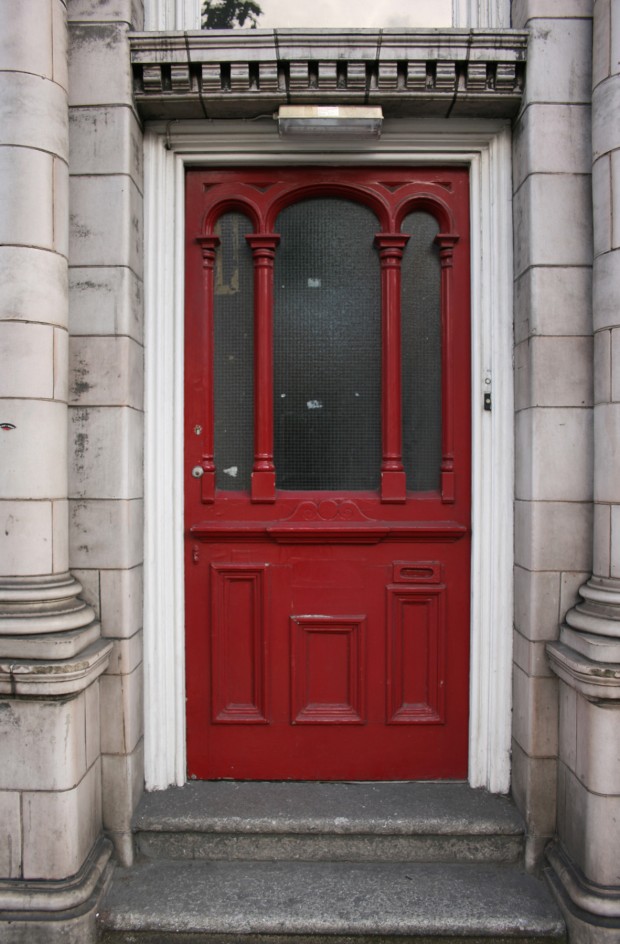 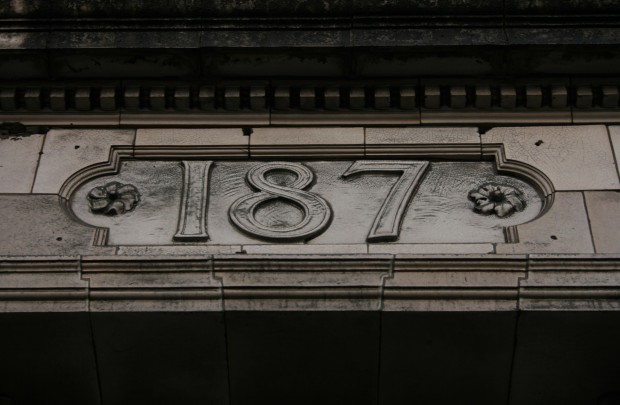 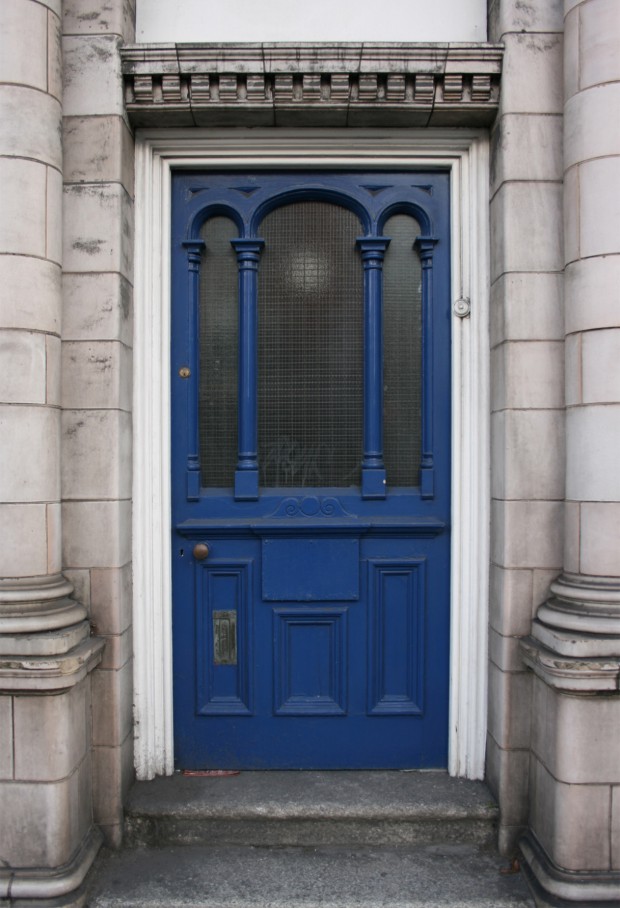 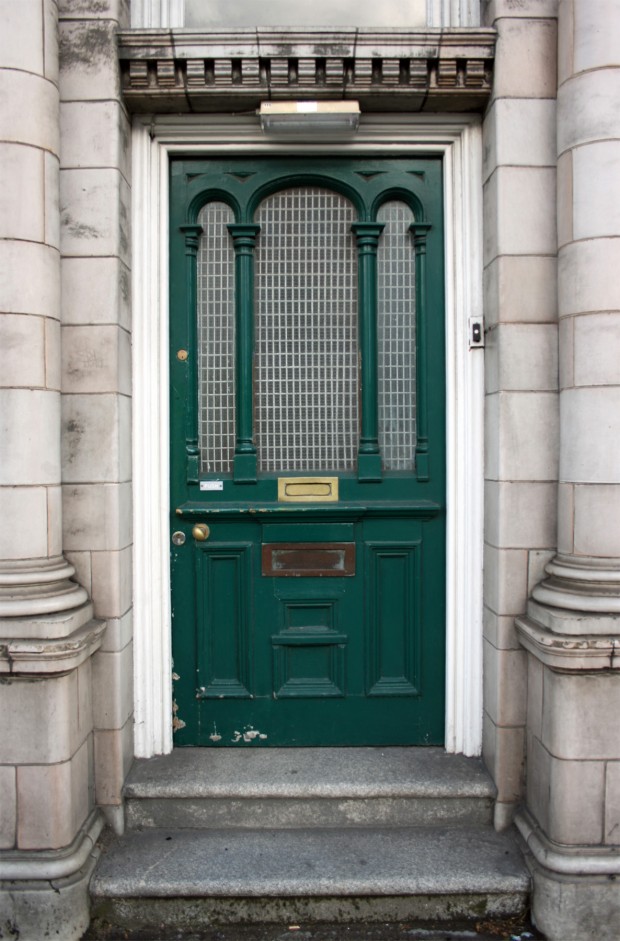 Numbers 183 to 187 Pearse Street look like part of a paper-doll townscape – a little uniform set piece popped in between others to make a street, with repetition to make it a big enough unit to play with but no further reference to it anywhere else in the street. Presumably, it’s the unplayful and entirely logical version of that, where someone developed a series of plots in a row because they owned the lot. 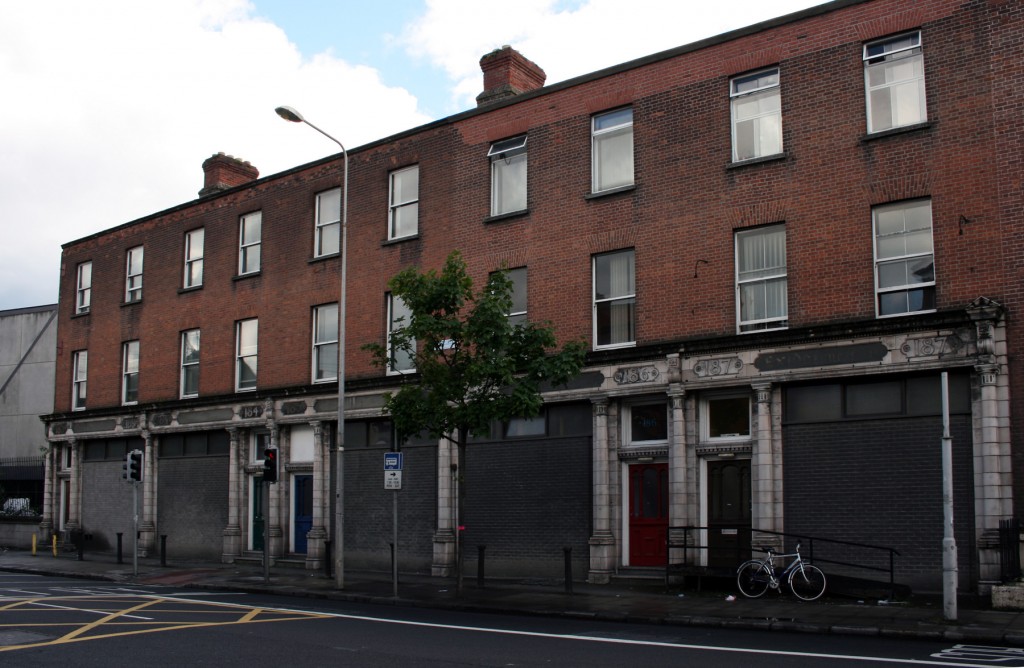 There are a few particularly attractive things about them, not least the repetition. Those sign boards above the bricked-in display windows contain traces of previous painting – there’s National Gas Engine Co. and Exide Batteries Ltd. It’s fussy and ornamental, the signs and numbers being incorporated like plaques,  and they still have a great dignity even through decades of chipping and being layered with dirt. 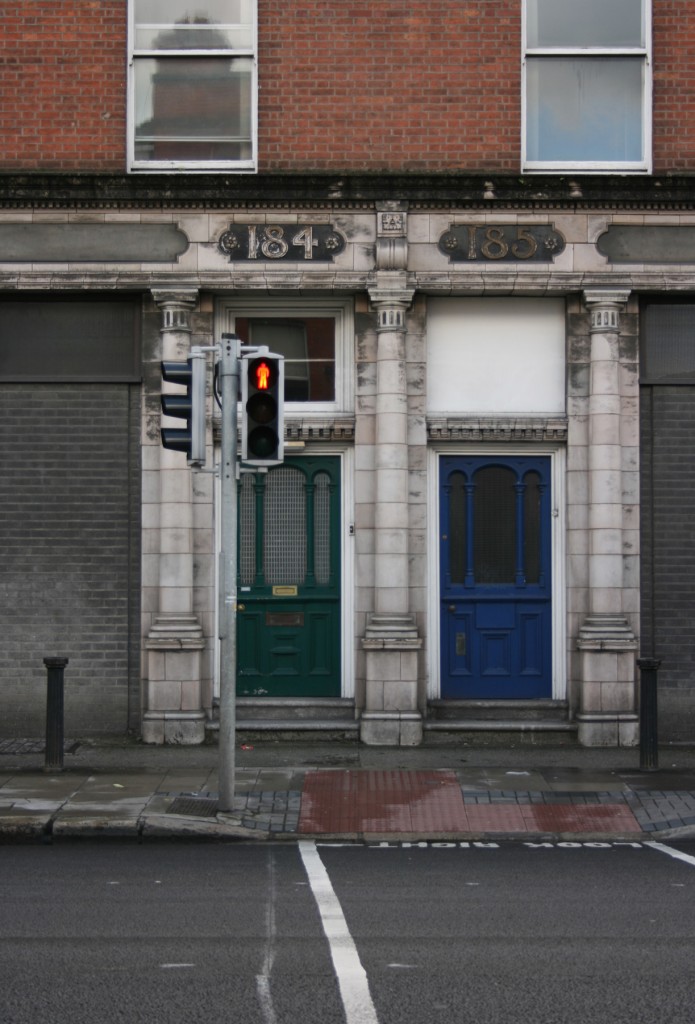 It’s nice that the door colours are reasonably harmonious and all different: deep green, blue, red, and brown, though the fifth door has broken out and gone with grim, doorless wire mesh. On the other four, though, you’ve got paired columns around the doors and then paired columns on the doors – I’m not sure if was intended as witty, but that’s the effect.

The numbers themselves are gorgeous too. It looks like they were originally gilded on a dark background, but they work as reliefs too, with small flowers on either side sitting like screwheads or other fixtures. The thick-thin variations in the strokes, the places where one overlaps the other (like at the centre of the ‘8’ above), and the slight irregularity in the arcs of curves makes me like them more than just fancy numbers, although the weather might add to that too. 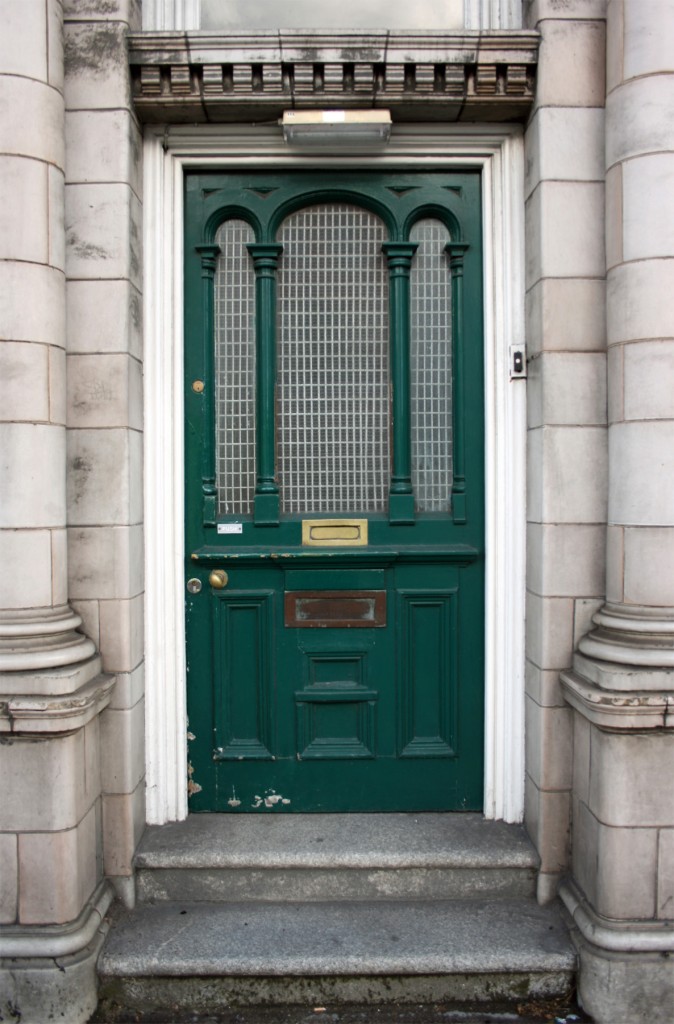 These shopfronts were one of the stops on the ‘Double Take’ walk at Open House Dublin, to introduce the question of Trinity College and its relationship to Pearse Street. Once you start noticing the buildings without any doors opening to the major street, you realise that much of the street really isn’t facing the right way, and it contributes to the street’s sense of exposure, scrappiness and lack of vitality as anything but a traffic route. (Apparently, Trinity has vastly improved relations with community organisations, which is to be welcomed, but we’ll see how that affects the buildings.) Looking into it further since then, planning has been granted (and extended until 2016) for a mixed use building incorporating student housing, involving the demolition of this row: “The demolition of numbers 183-187 inclusive (Protected Structures) Pearse Street and their returns and single/two storey sheds. Their Faience shop fronts will be relocated to ground floor facades of Numbers 194-198 (inclusive) Pearse Street (Numbers 196, 197, 198 are Protected Structures) to form frontage of new retail units.” Given the architects involved, I assume this will be done with good judgement and taste in spite of how peculiar it sounds, but the shopfronts’ days in their original location appear to be numbered.