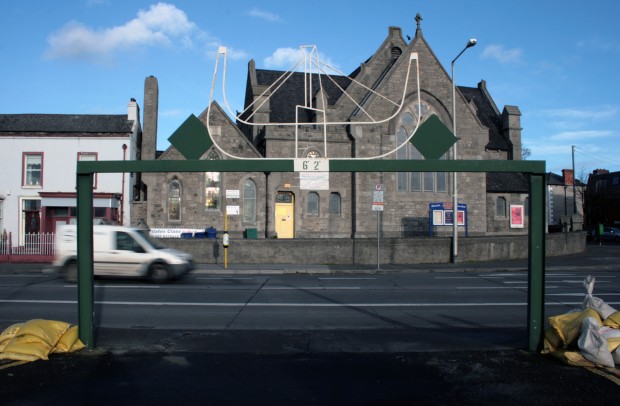 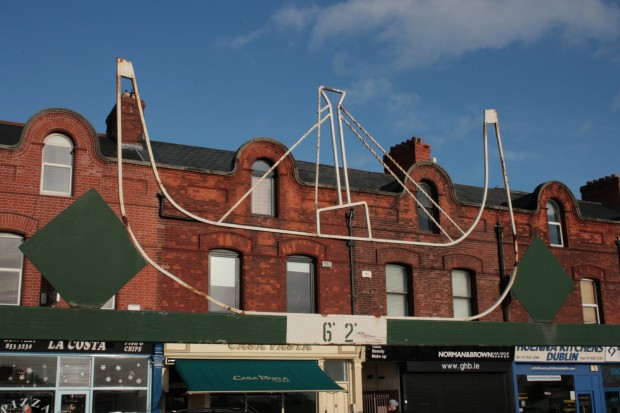 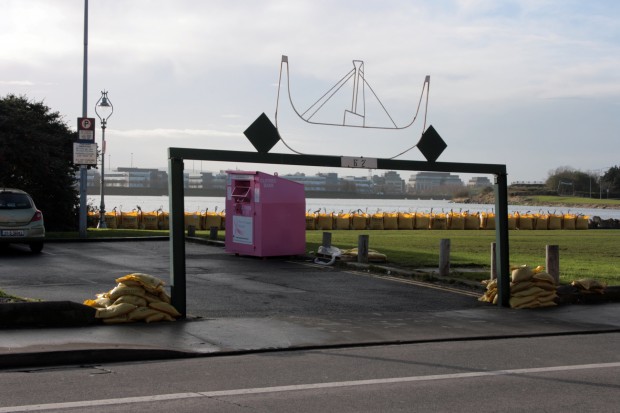 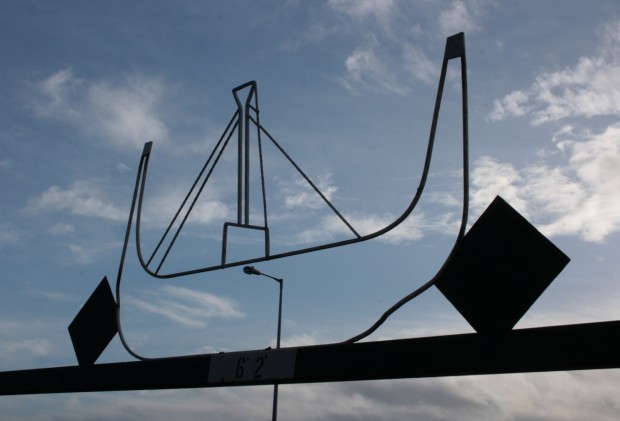 Sure, it’s possible that there’s something more exciting than seeing someone’s gone the extra mile with something utilitarian. It’s deeply unlikely, and it’s crushing to think anyone would want more from life than nice brickwork on a public utility building or impeccable pipes, but let’s at least say it’s possible. More exciting than that extra mile involving a picture of a boat, though? Never, ever, ever. 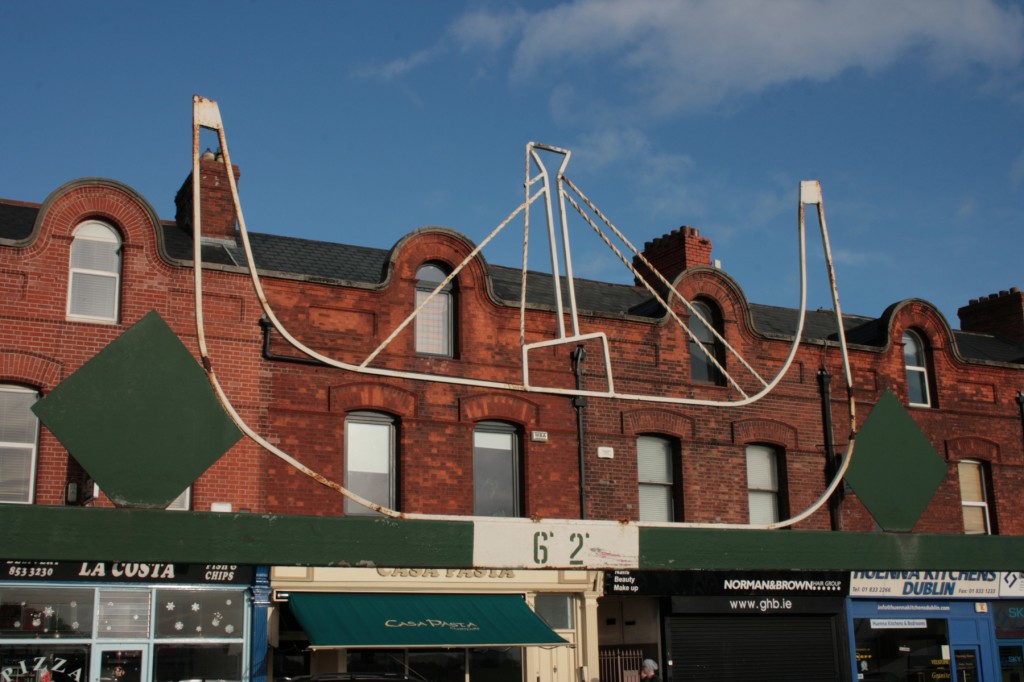 The car park is one of four along the promenade in Clontarf – this one is opposite St. Anthony’s and the Methodist church, second in sequence as you approach from Marino. I’m not sure when it was added, but newspaper reports of the objections to another of the car parks (the one opposite the CIE terminus) in 1981 make no mention of the others, so it’s possible that indicates they came later. [Thanks to Stephen Coyne for the correction – the car parks were definitely there in the 1970s.] The promenade itself was reclaimed from the sea in the 1920s and landscaped in the 1950s. 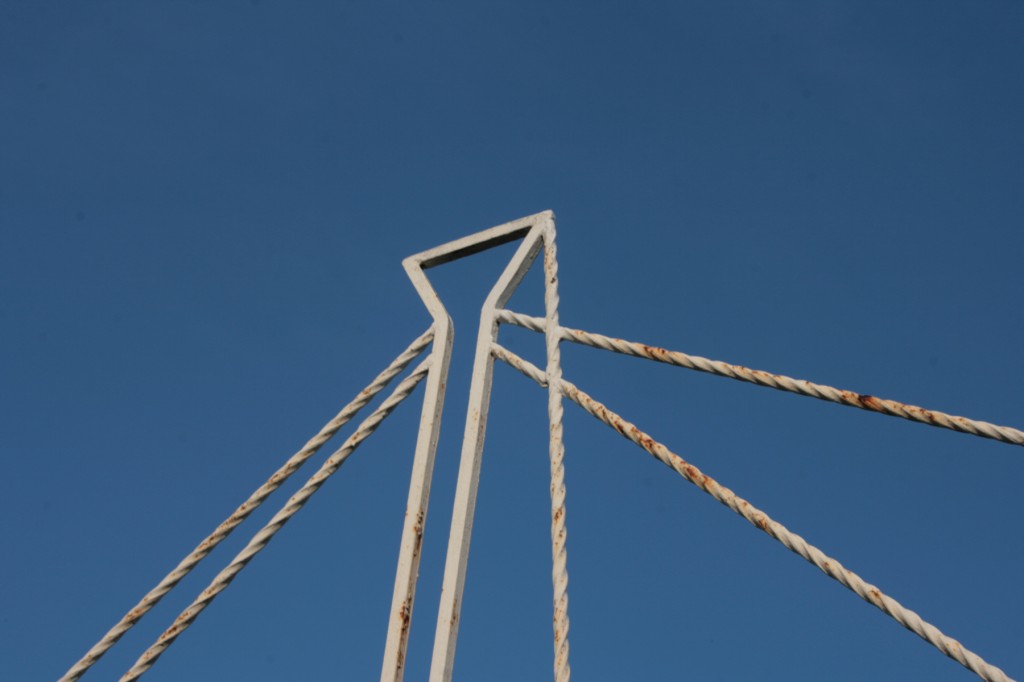 None of the others have any decoration at the entrance or exit, but each of the height restriction structures here has a boat sitting above. Given Clontarf’s Viking history, it’s not unreasonable to guess that the resemblance to a Viking longship is deliberate. It’s a basic outlined shape, but there’s a lovely extra layer of detail in the texture when you see it close up – the ropes are in twisted steel, while the timber parts of the boat are in straight square sections. The contrast reads like two different line weights from a bit further away and like real rope, rigid in tension despite the wind, when you get nearer. Though the major function is to limit the parking to cars (or to keep out caravans?), it’s only by passing by or returning on foot that you’re going to see the detail, and that’s interesting. 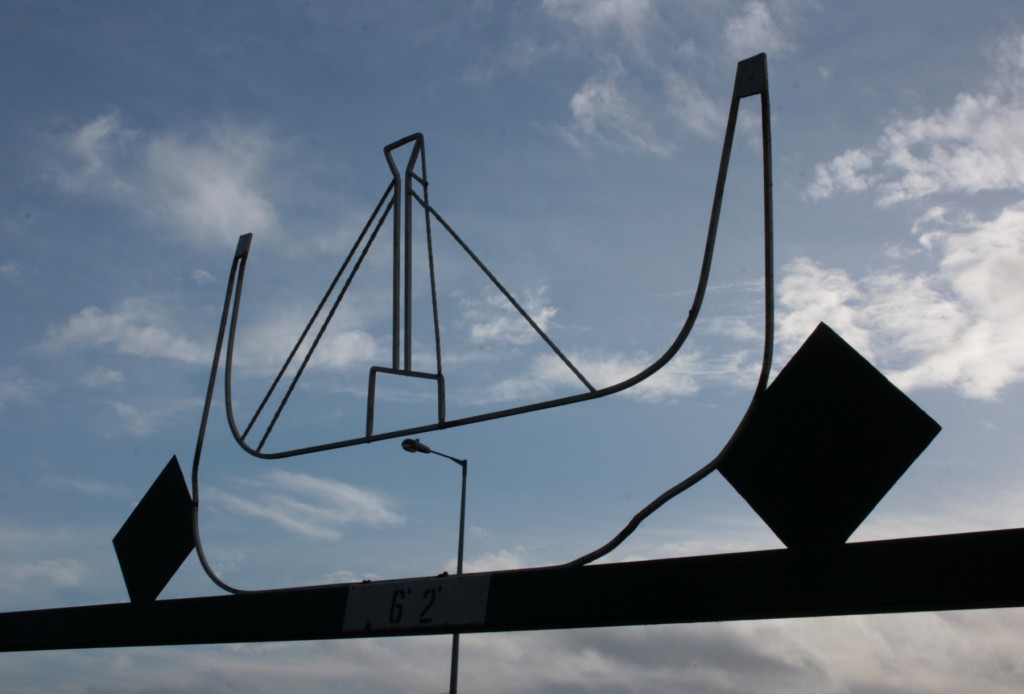