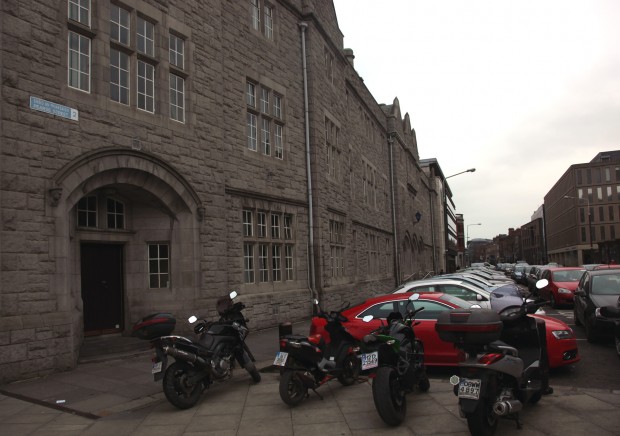 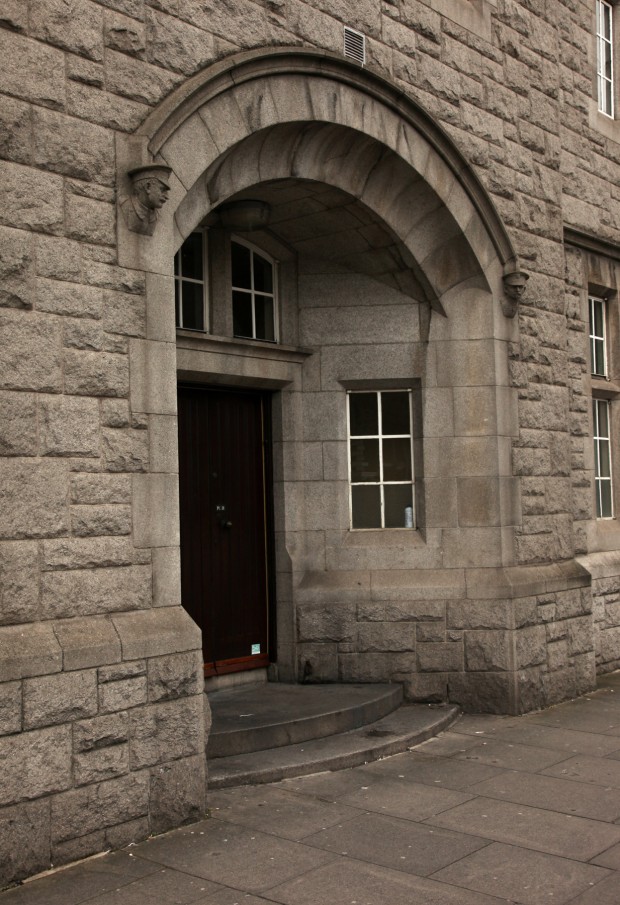 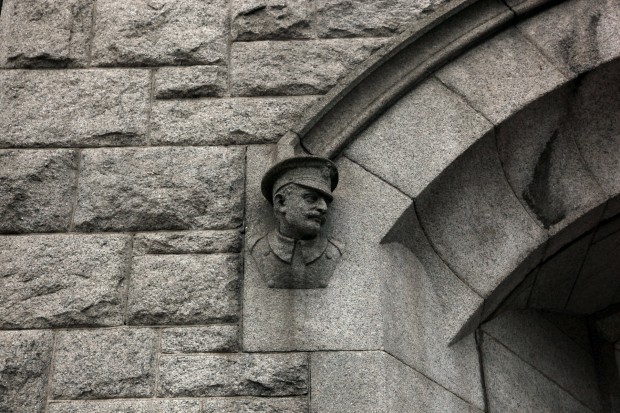 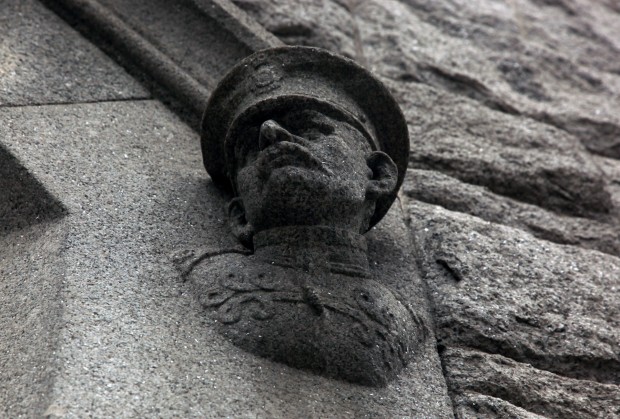 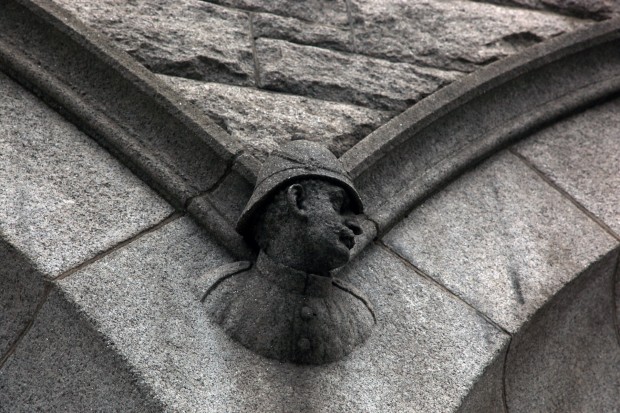 In addition to its remnants of shamrock gutters, there’s a small anachronistic detail on the Garda Station at Pearse Street that’s irresistible once you’ve noticed it. The building was completed in 1915, designed by Martin Joseph Burke and Harold Graham Leask (Office of Public Works) as the central barracks for the Dublin Metropolitan Police. It replaced a 19th century terrace of ‘shop houses’. 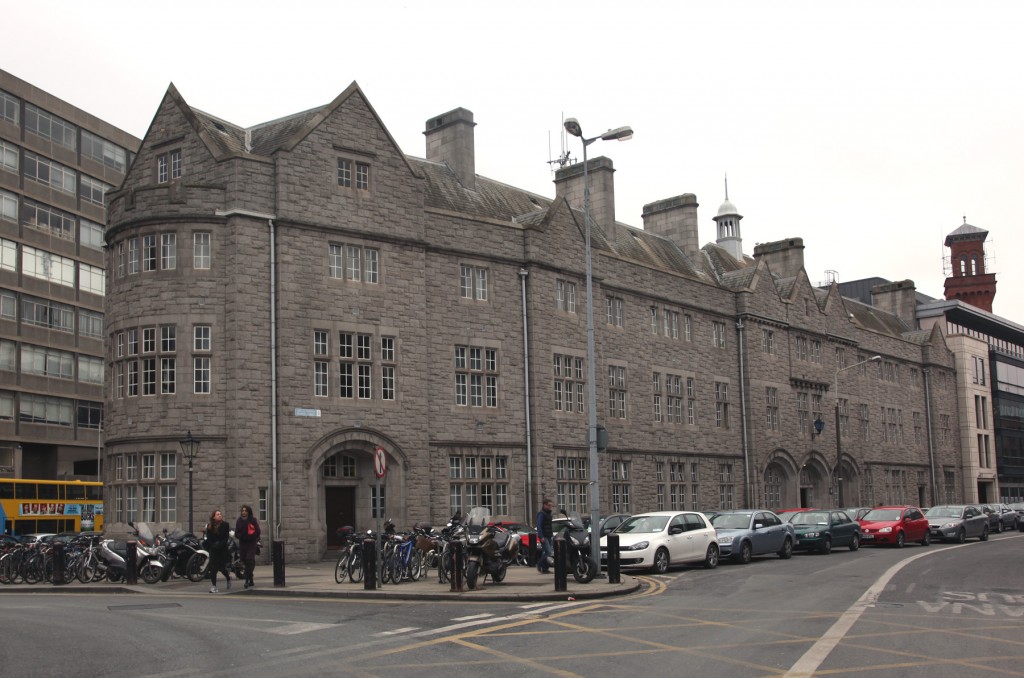 The building originally had separate entrances for the constables and the officers – the triple arch above was for the ‘men’, while the single arch on the left was for officers. According to notes for which I am going quietly mad trying to find my reference (notes taken in the Irish Architectural Archive last year – corrections welcome if you find the answer before I do!), the two groups of men not only had separate entrances originally, but also separate accommodation, staircases, and even central heating. 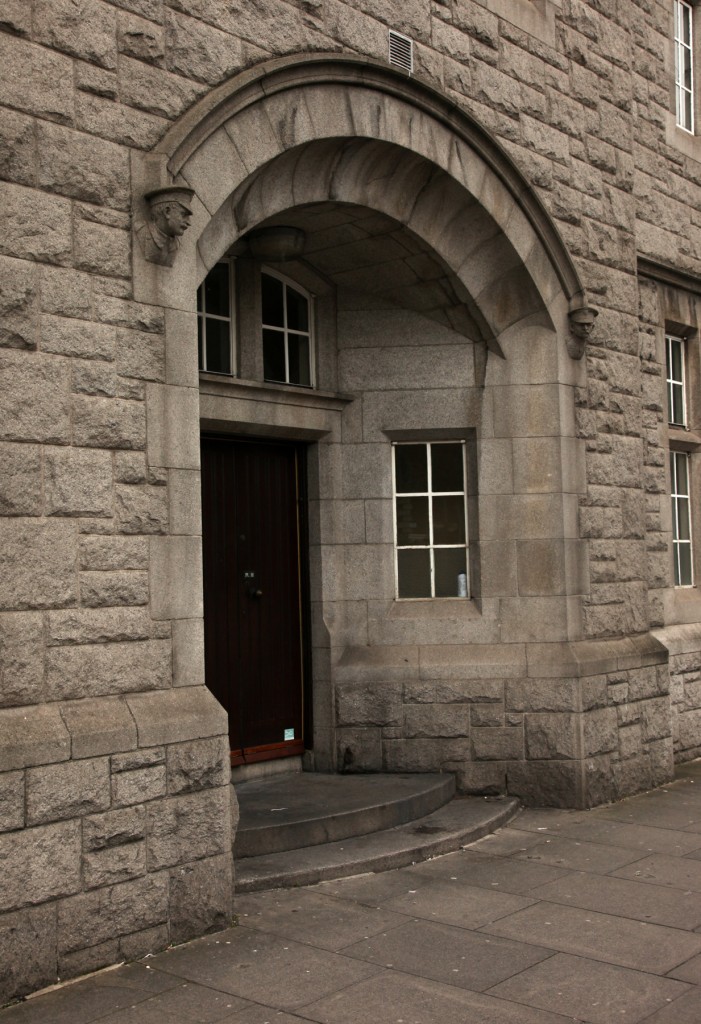 The divisions at the threshold are long gone, but the doors are still marked by rank, with stern men craning their necks at the label stops over each entrance. The tall helmets represent the constables, and the officers have caps with flat tops. It looks like there’s a difference in the epaulettes as well, and there’s definitely a contrast in the closures before the busts blend into their surrounds: big round buttons for the men, and ornamental pieces like frogs for the officers. Pretty great. 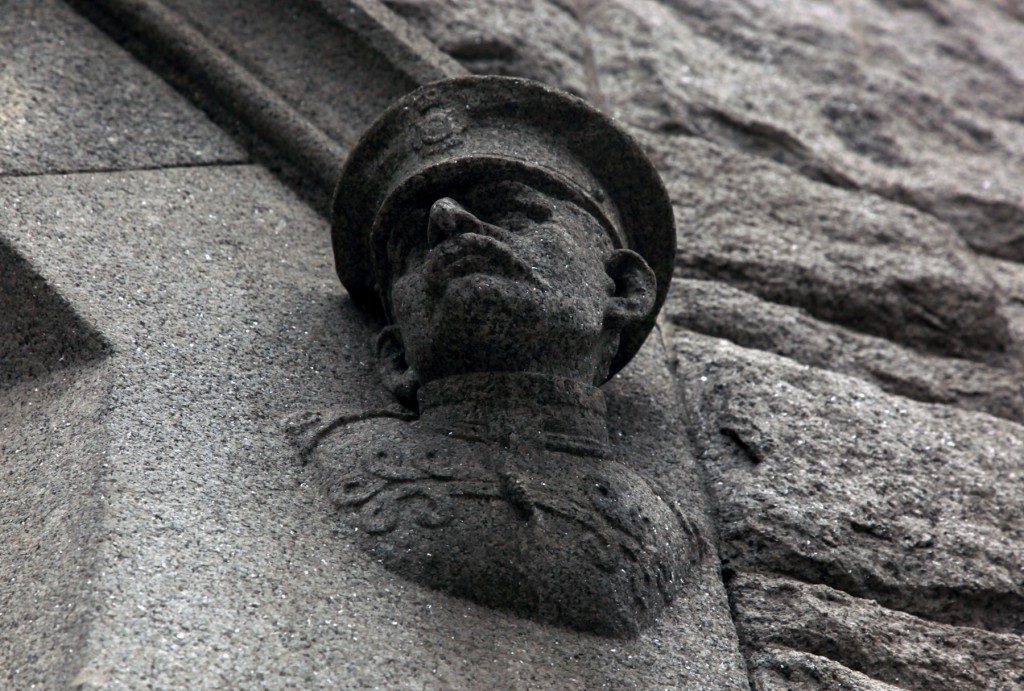 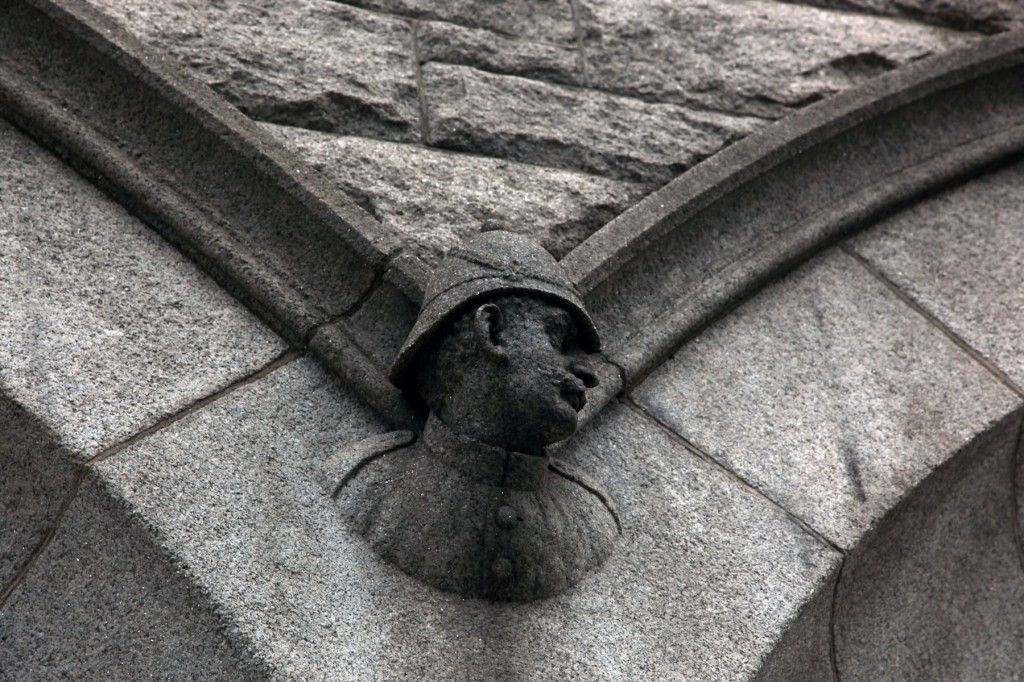