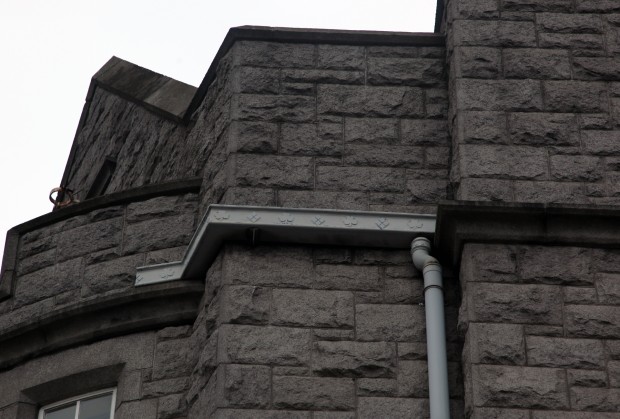 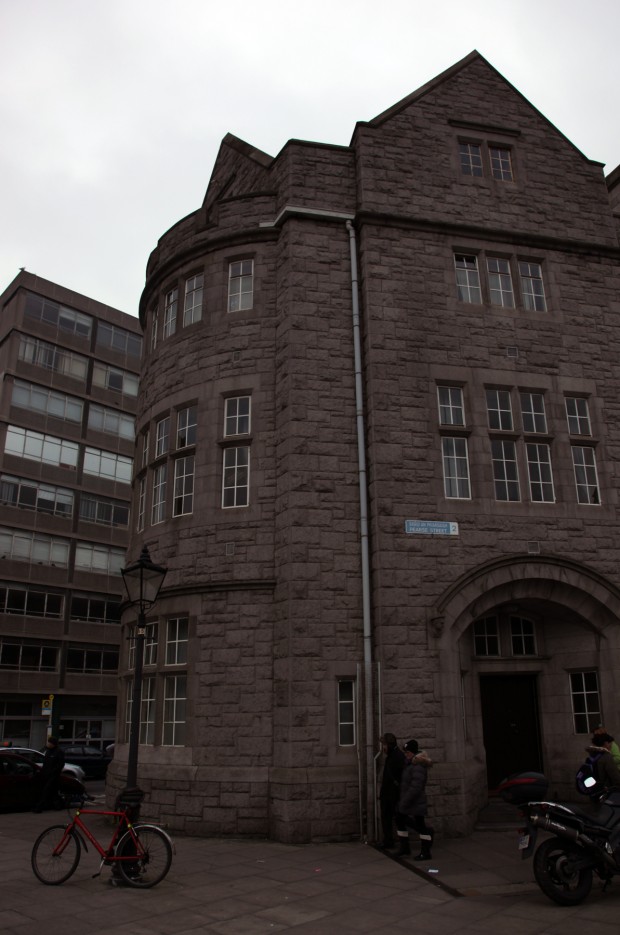 Though the notorious triple-parked cars outside might distract you from noticing it, Pearse Street Garda Station is a fine building on a prominent corner site. It was completed in 1915, designed by Martin Joseph Burke and Harold Graham Leask (Office of Public Works) as the central barracks for the Dublin Metropolitan Police. It replaced a 19th century terrace of ‘shop houses’. 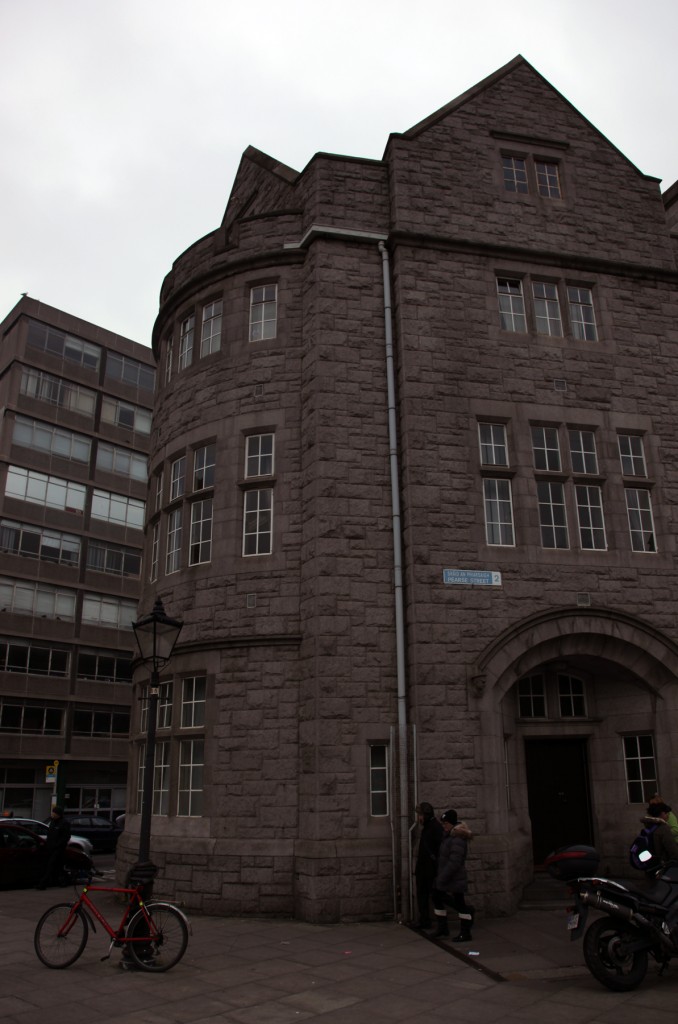 At the corner where the bowed end wall meets the long stretch of straight facade, there’s a small section of shamrock guttering remaining – it appears to be a repeat pattern of shamrocks and a four-part diamond. I’m not sure which period in the building’s history it dates from, but it’s a great remnant. There’s something about relatively ordinary or utilitarian objects being marked with symbols that’s both ridiculous and quite charming. In the Freemasons’ Hall on Molesworth Street, there’s a more decorative example in their pendant lights in the form of a square and compasses – though lighting being ornamental isn’t unusual, the Masons’ fondness for symbolism extending to fixtures brings it back to being charming, remarkable…and, yes, ridiculous. The Gardaí’s gutter feels like it has more in common with Dublin crests on drains and lampposts than the Masons, the SPQR side of things promoting the link between public services and the public, but it’s still great that even the drainage got some symbolic attention. 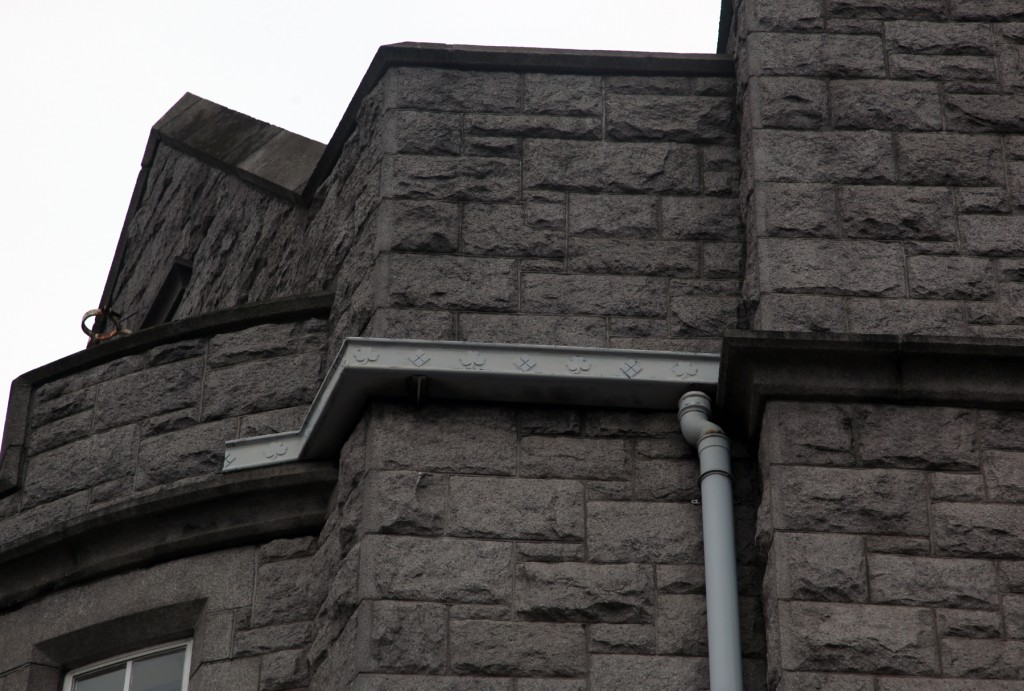