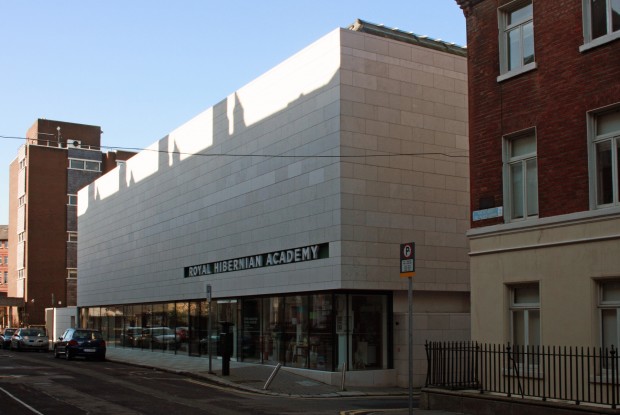 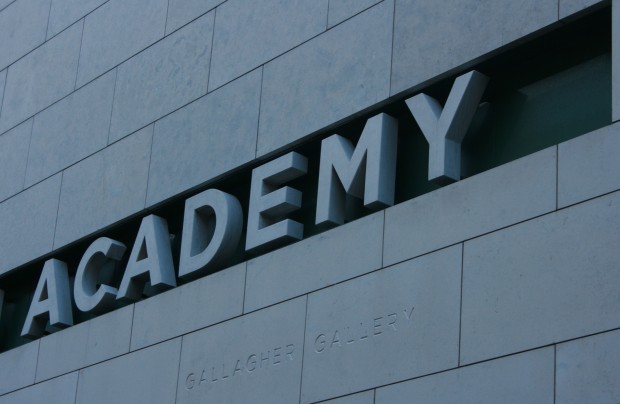 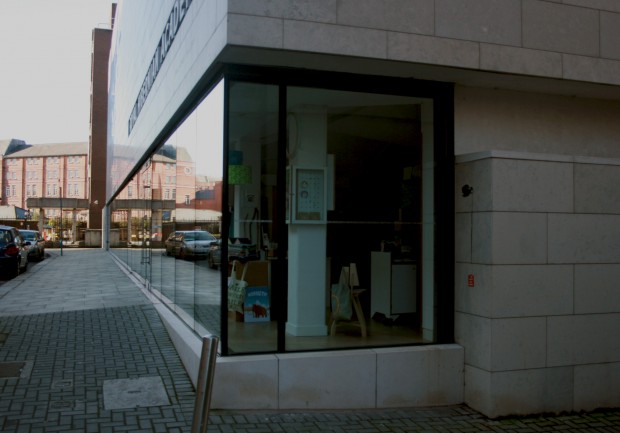 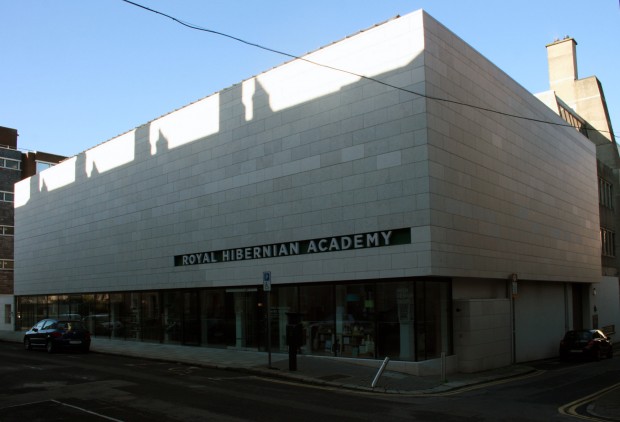 The Royal Hibernian Academy’s gallery underwent substantial reorganisation in 2008, transforming much of what we see from the street.

The original scheme was completed in 1988 by Arthur Gibney, begun by Raymond McGrath (Office of Public Works) in 1972. Its entrance was to the south (deeper into the cul de sac and with a car park), the ground floor was recessed, the facade was brick-clad, and the internal circulation was criticised for being somewhat unclear.

The 2008 alterations, carried out by Henry J. Lyons Architects, addressed the navigation issues and requirements for additional space. The entrance is now on the the street, with a cafe and bookshop to either side and a bright foyer behind, with lines of sight to the ground floor gallery spaces and the atrium with stairs to the first floor. To the rear, teaching spaces were added at the upper level, separate from the public rooms, with several studios as well as library space. Replacing the brick, Portuguese limestone cladding wraps the gallery externally and cut lettering acts as signage on its most visible corner.

It’s pristine as a building, starting with the sharp corners on the limestone and moving in. The material palette is restrained, the natural lighting is good and even, and it certainly has the spatial clarity it was previously lacking. As a building, it’s hard to get a strong reading of a particular personality or character, but maybe it’s an architectural approach of choosing to take a supporting role – it’s a great exhibition venue, with a variety of good rooms and a strong presence on the street, and a pleasure to visit for that reason.