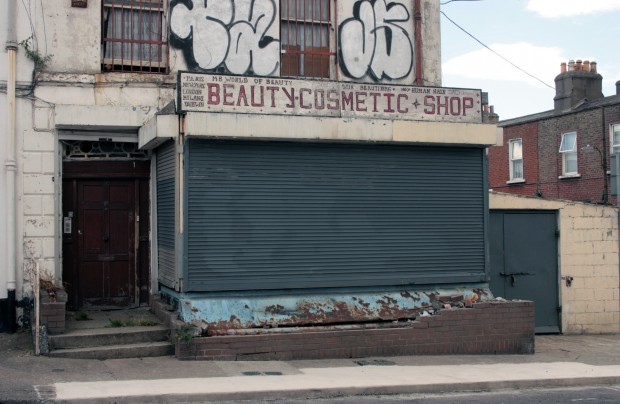 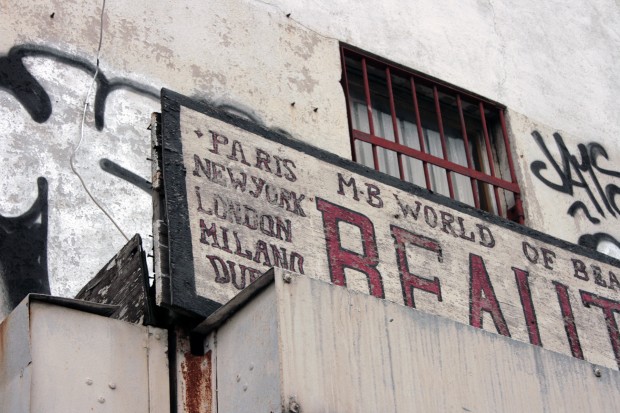 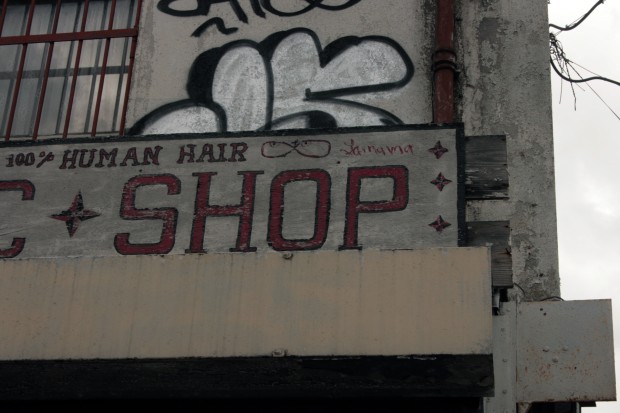 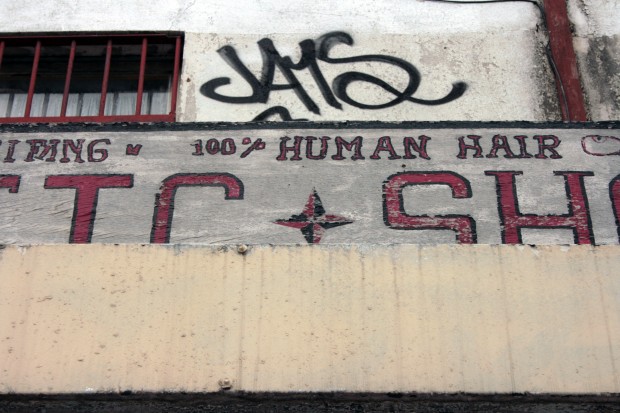 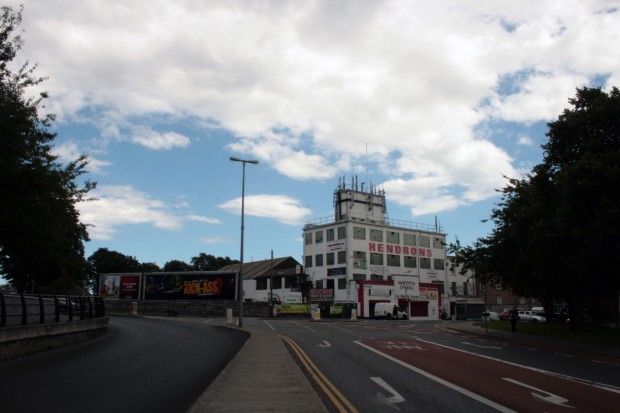 The three-storey domestic building to the side of the main bulk of the former Hendrons factory looks like it predated the larger building, though it’s wrapped tightly by the building to the rear as well, which has me wondering if it’s part of the complex. Hendrons is dated approximately to the 1940s, with the site as the business address by 1942 (‘Loss to Workers’, The Irish Times, July 30 1942, p.3). 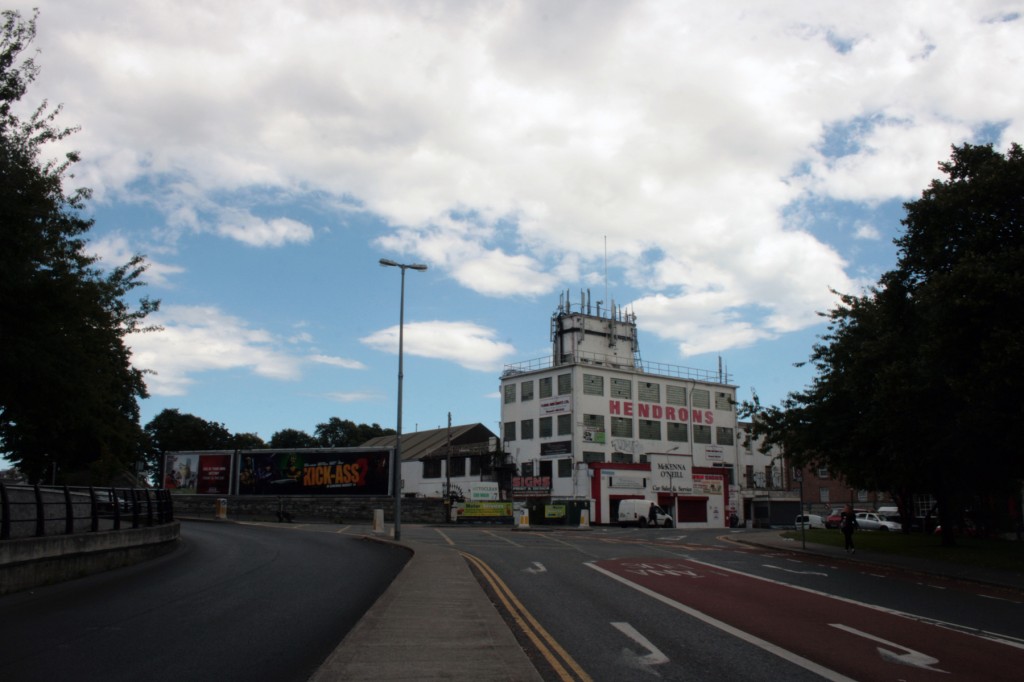 The small extension to the front of the domestic building is more recent, regardless. It appears to be out of use, and it’s definitely one for the “one person’s eyesore, another person’s darling” category, with crumbling brick and peeling paint and rotting timber on show. 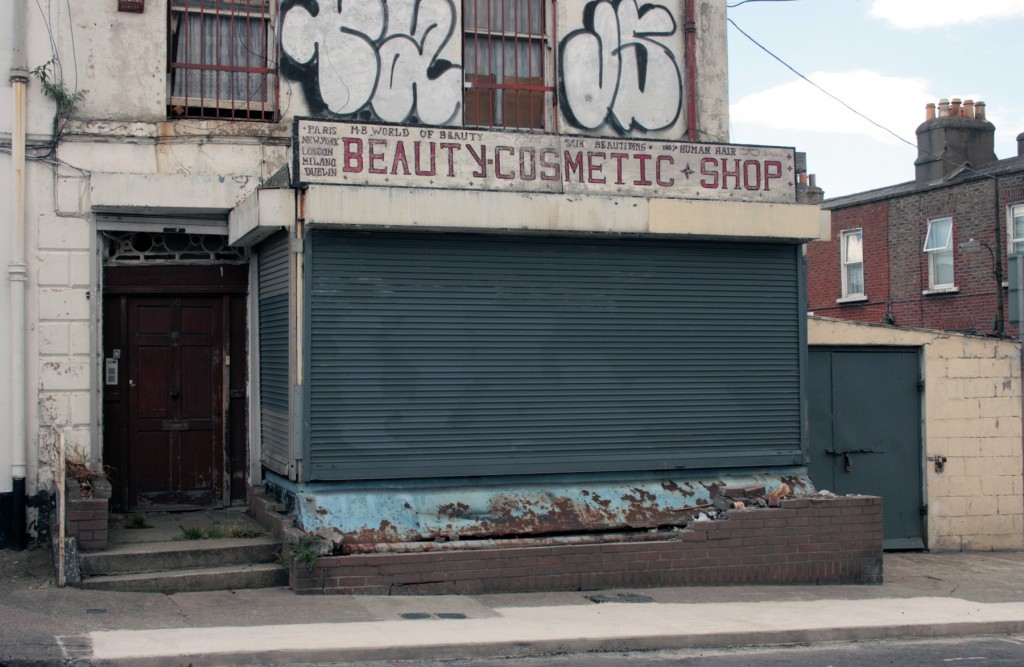 I’ve a lot of affection for locked-up boxes with shops in them, though – the St. Teresa’s Gardens shop in Gerry Balfe Smyth’s photographs in Dazed & Confused is a well-maintained example within a unit rather than a box, but close enough – and something about this unit has the same feeling, shutters pulled down on all exposed sides. 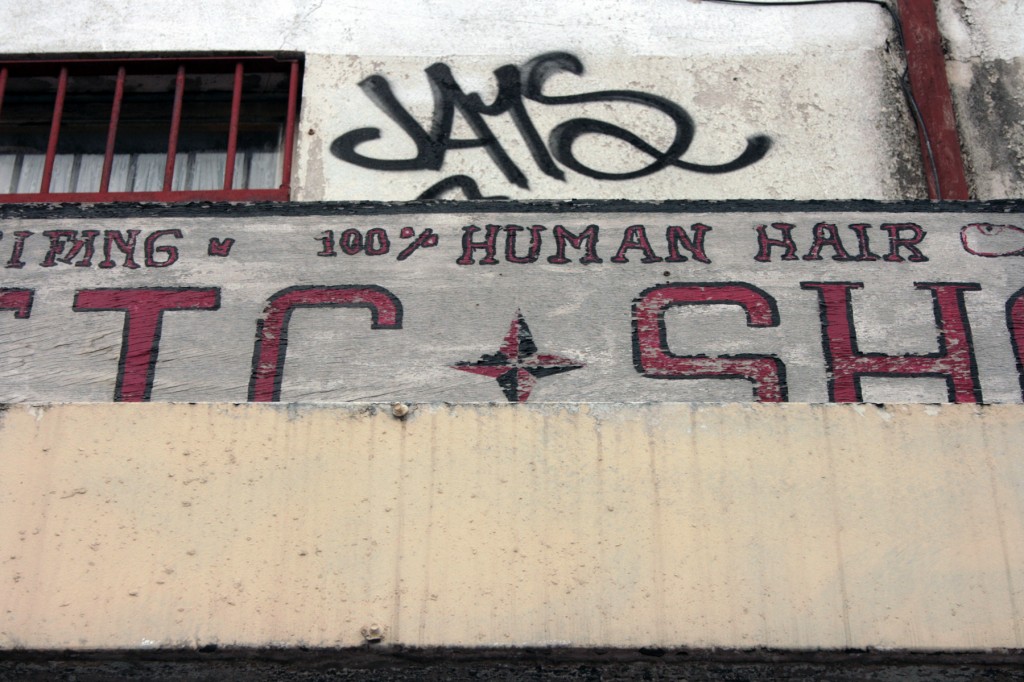 Then there’s the sign, weathered like the other painted surfaces to look almost like paper. The signboard is absolutely in bits, though the wobble in the painted lines suggests it might have been uneven before it was painted, maybe. Each letter is outlined in black, and the ‘+’ is so small in contrast to the nautical star that it’s easy to misread as ‘Beauty Cosmetic and Shop’ on first glance, but we get the point. Still, there’s a huge amount of information on the sign and it’s kept small enough not to smother the main event, just a tantalising Paris/New York/London/Milano footnote.

It won’t last and it shouldn’t, but it’s got an amateur, handmade charm that I’m enjoying, especially as a companion to its industrial neighbour. 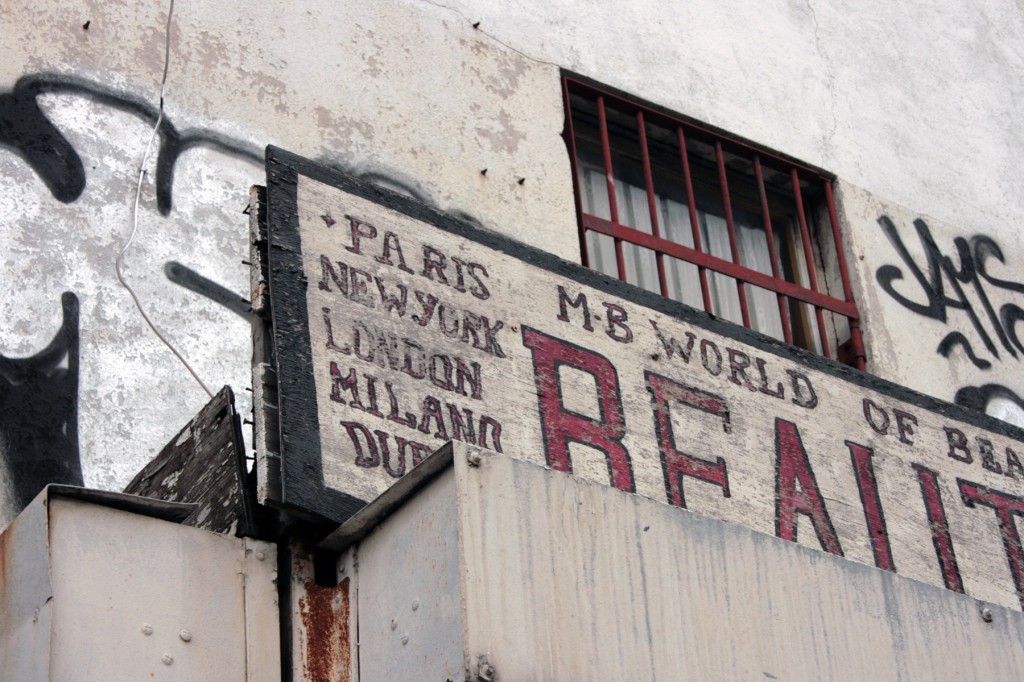