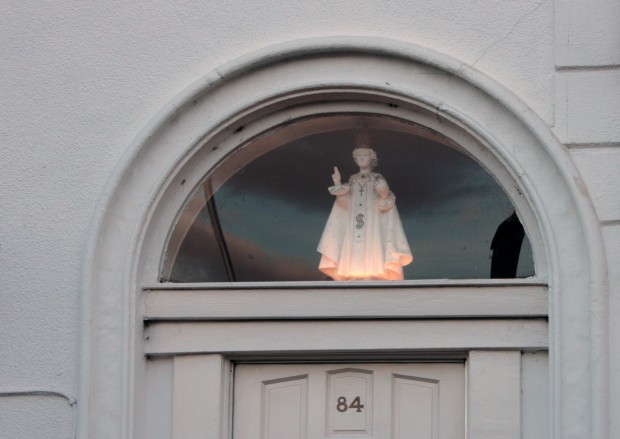 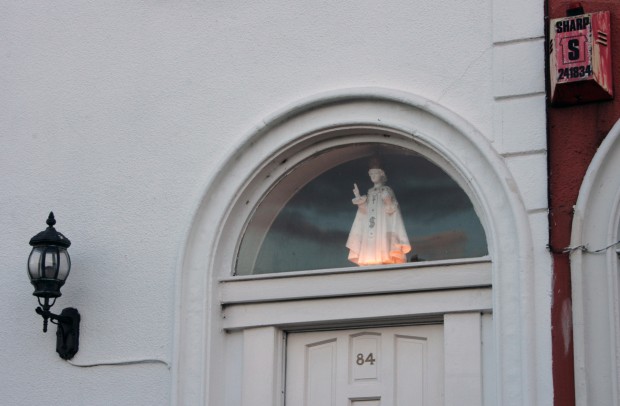 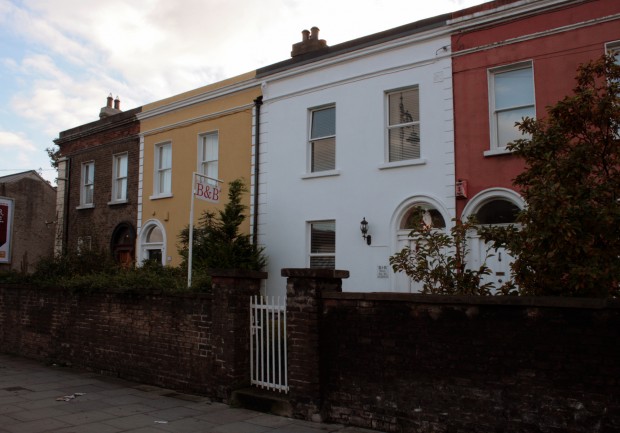 No. 84 Manor Street is a bed-and-breakfast, marked out by a small hanging sign by the street and a plaque by the door. It’s neat-looking and quite stark, with both the door and the rendered facade painted white. 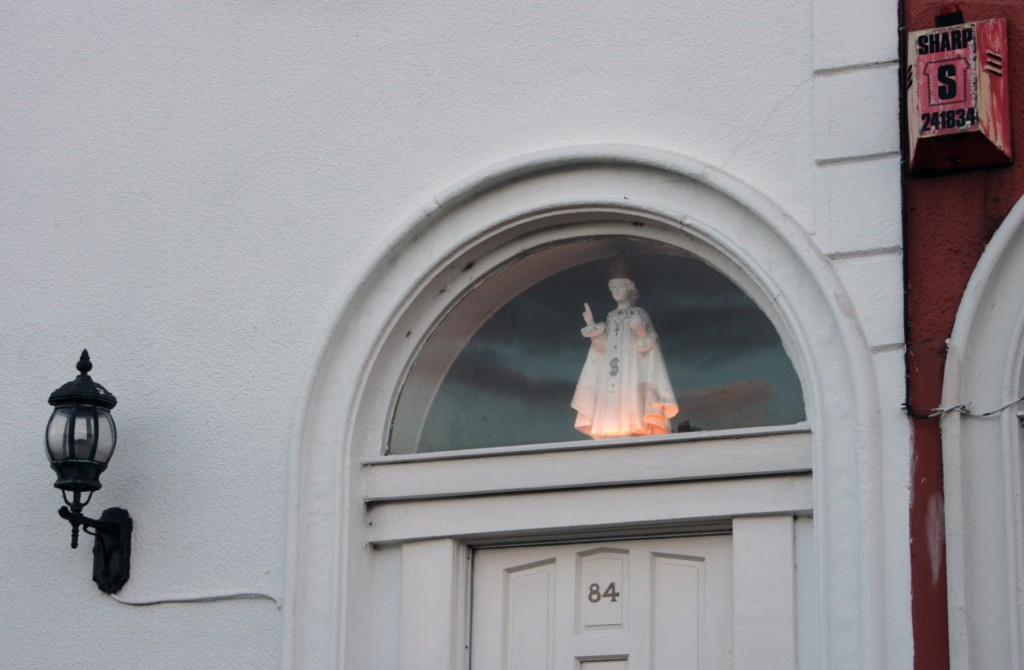 In the fanlight (the window above the door), there’s a statue that appears to be the Infant of Prague, also in white. He’s illuminated and it takes on the appearance of a shrine or a grotto, a small devotional niche made out of the house’s ordinary features.

I hadn’t really thought of the fanlight as a space – though I’m always noticing and enjoying the patterns, I’d thought of them as just an articulated surface. Which I guess it usually is, since most of us don’t use them beyond maybe putting a house number in there or having them remain decorative. It’s a strange thing, since anything in there is either broadcast to the street outside or blocks off the glass instead, but it’s interesting to think that it’s potentially there.