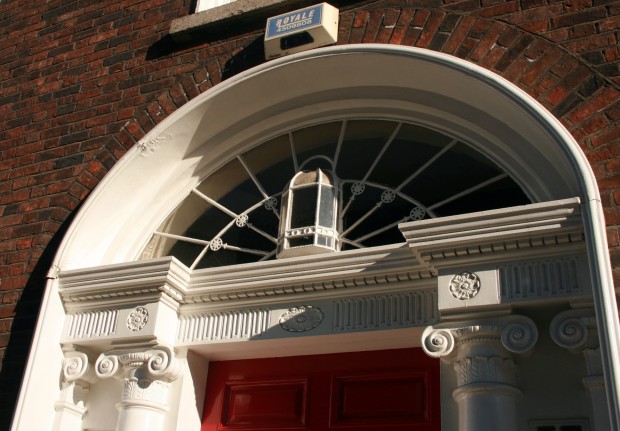 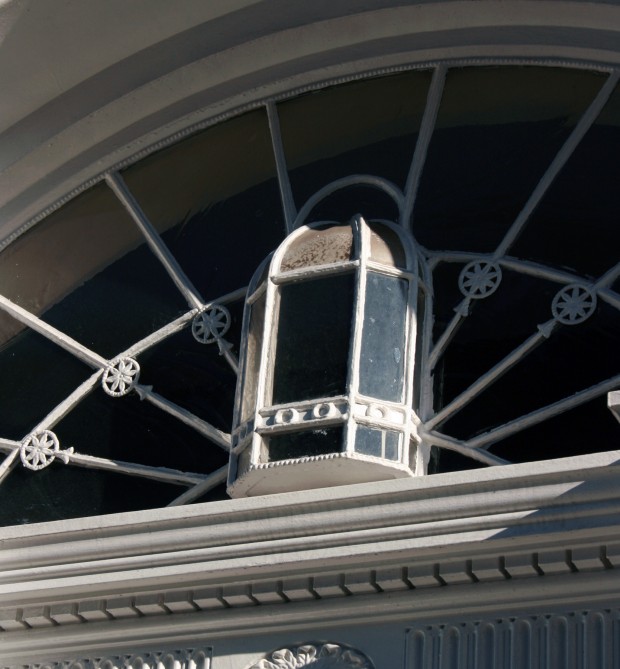 Hume Street branches off the west side of St. Stephen’s Green, much quieter than its busy neighbour. Above the unmarked door of what appeared to be number 18, a lantern shape projects out from the fanlight.

In 1969, there was a large public campaign against planned demolition on the street – one of the earliest of a number of similar actions in Dublin. The demolition went ahead and the Georgian buildings were replaced with pastiche*, though there was a partial victory in that further destruction was prevented as a result of the street’s design importance being recognised. Save Hume Street from Destruction is a current initiative to address the present-day threat to the city of destruction through negligence.