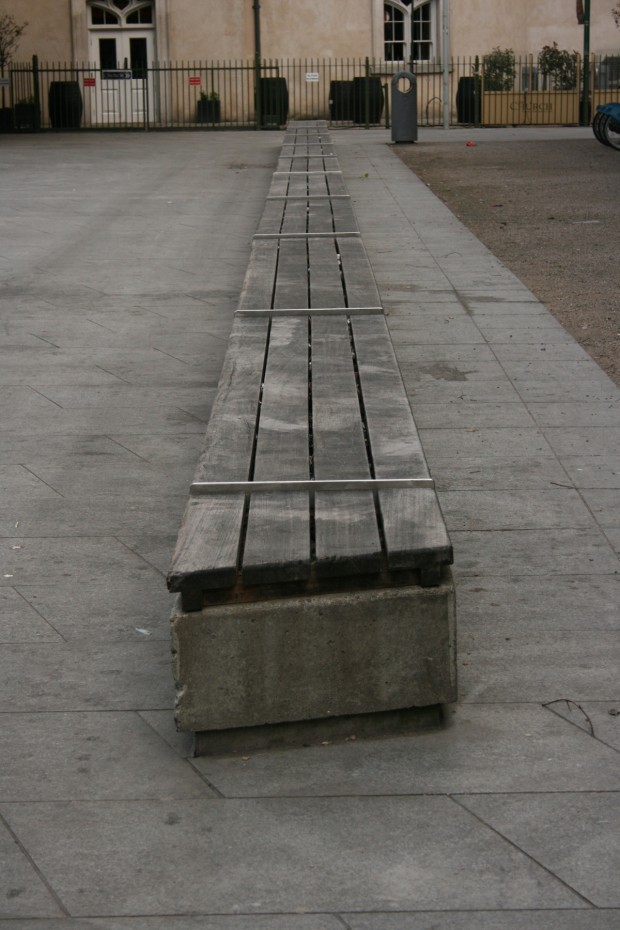 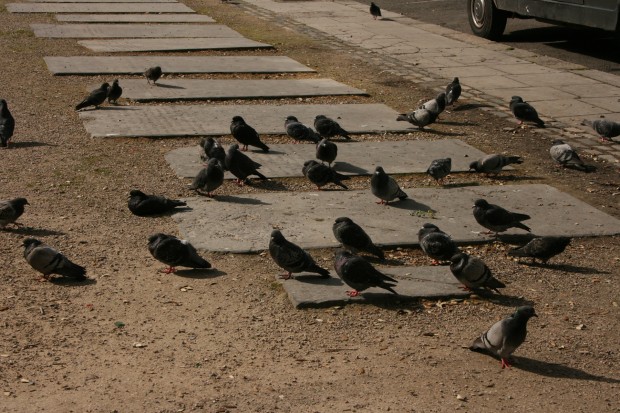 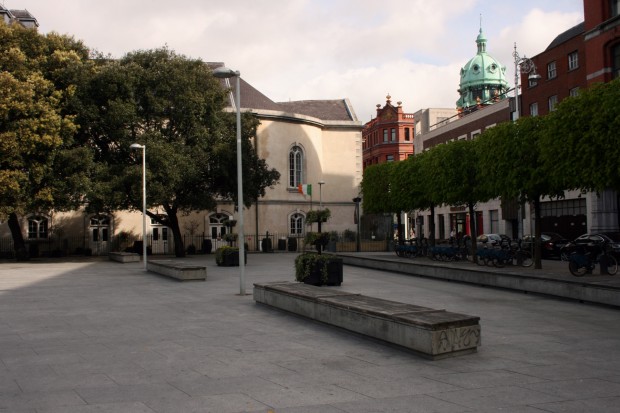 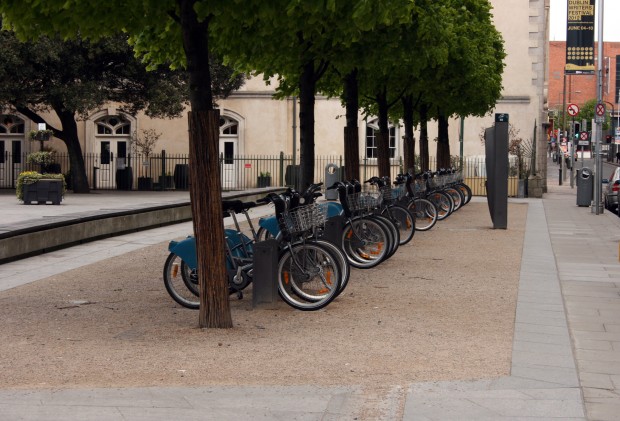 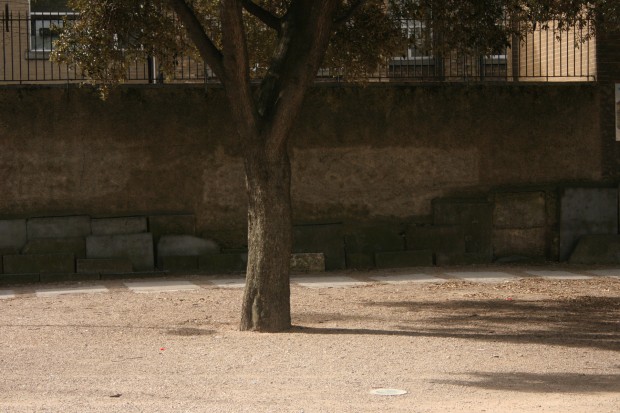 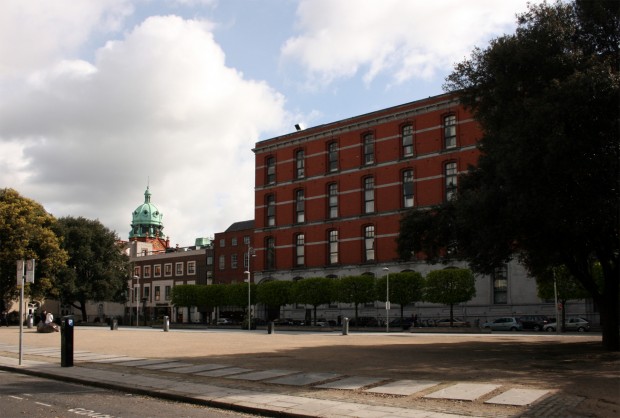 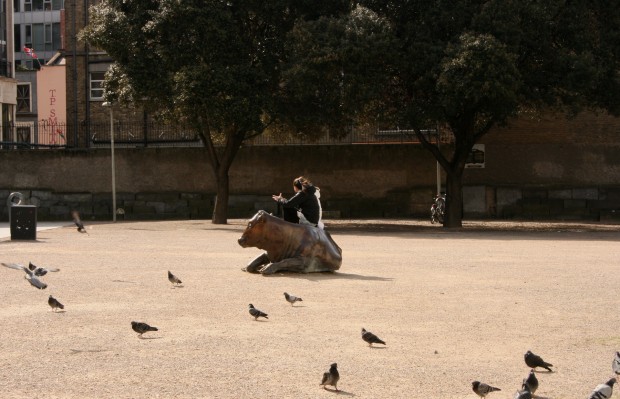 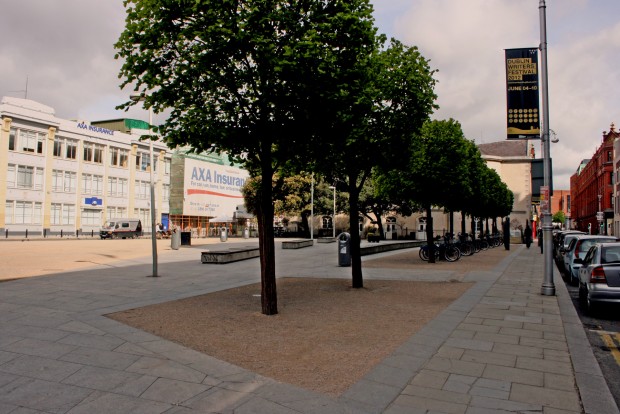 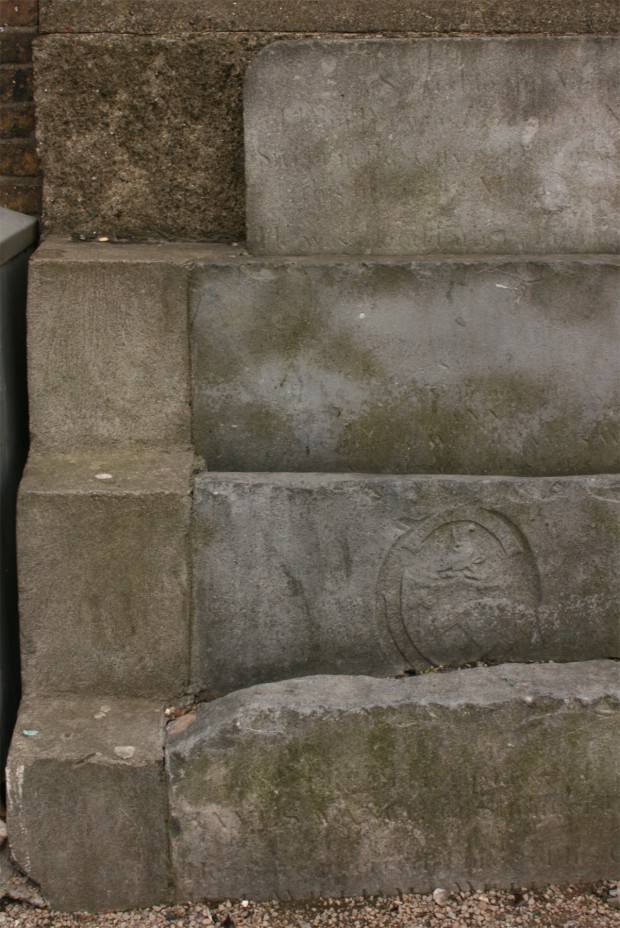 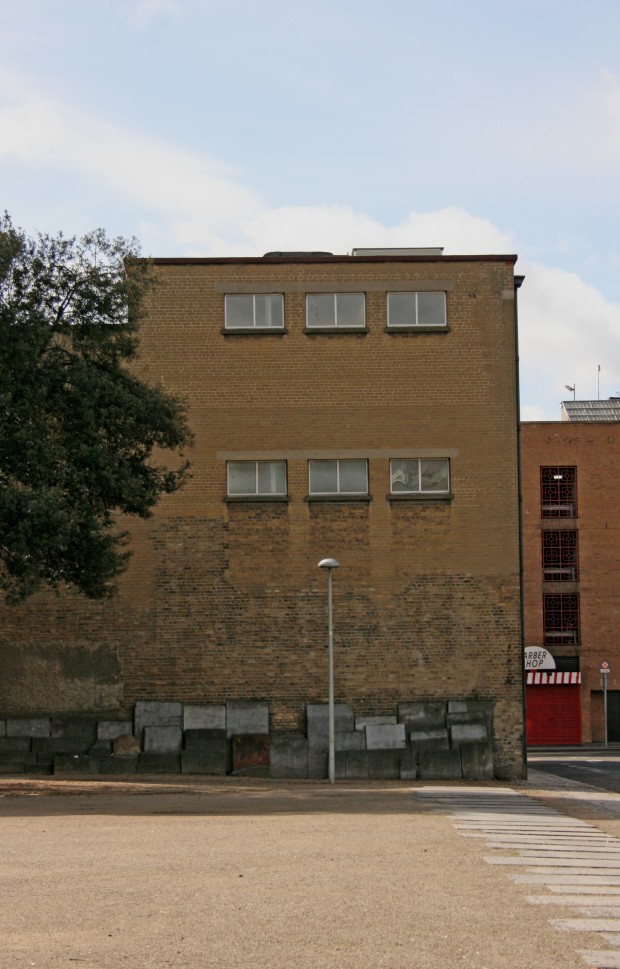 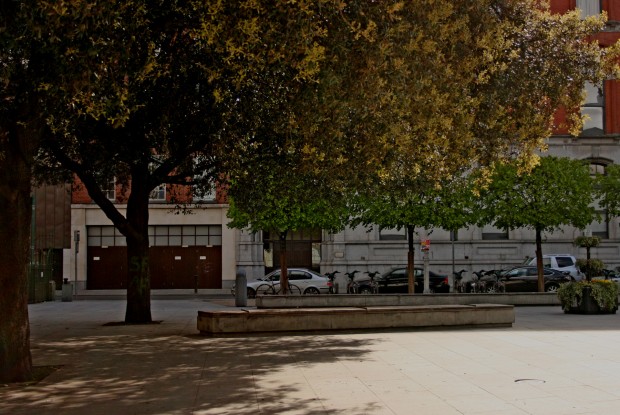 Sitting between Wolfe Tone Street and Jervis Street, Wolfe Tone Park is on the site of the graveyard that was attached to St. Mary’s Church. It was deconsecrated in 1966 and in 1998, Dublin City Council held an international competition for redesigning the park, which was won by Peter Cody of Boyd Cody Architects. The new park was completed in 2001.

I’ve always liked the park’s openness, an unfenced part of the public realm that’s accessible at any time. It allows for unimpeded shortcuts between the busier nearby areas, and yet it maintains a separate identity from the paths on either side: the Jervis Street side is marked out by a line of trees, buffering it from the street and providing a particularly picturesque Dublin Bikes station, and on quiet Wolfe Tone Street, the path meets a gravel expanse with a row of retained gravestones.

The park’s hard surfaces fan out toward the former St. Mary’s Church, and it seems a great pity that there is no engagement between the Church Bar and the park, with a perimeter fence holding the crowd inside. Instead of the building (which was developed separately and later by DMOD Architects) being a focal point for the public space, it feels like it’s turned its back to it, and it makes sitting on the nearby benches feel uncomfortable in the evenings.

It’s also a pity the table tennis tables didn’t survive, as the Wolfe Tone Street side feels rather empty when most of the park’s users cluster along the benches under the trees, and the sounds of games being played brought the park to life like a proper public, urban space. Also, the sculpture – ‘City Cow’ by Jackie McKenna – looks somewhat underscaled when it’s left in isolation, like there’s an element missing. With the paving, geometry and furniture* continuing to look sharp, it would be lovely to see the western edge of the park addressed so that the whole space is in use again.