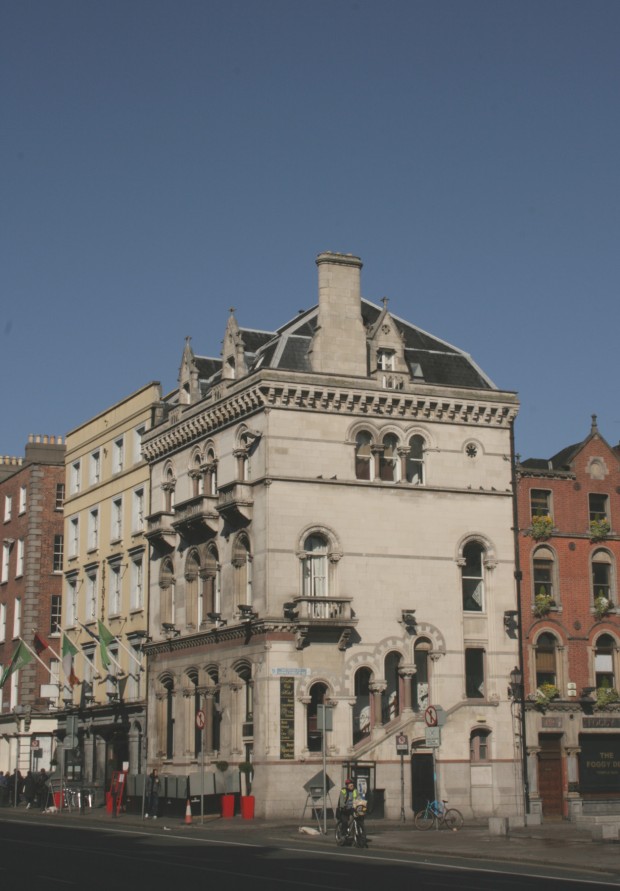 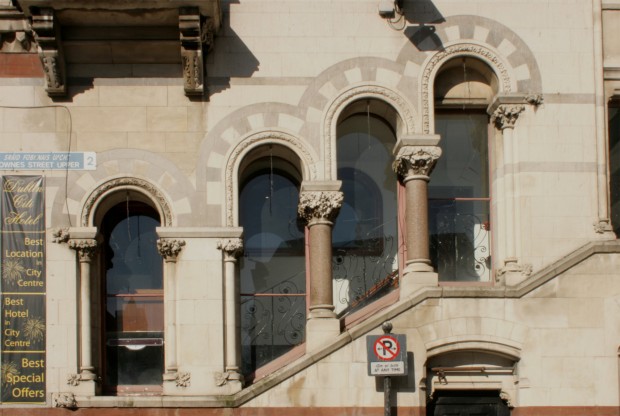 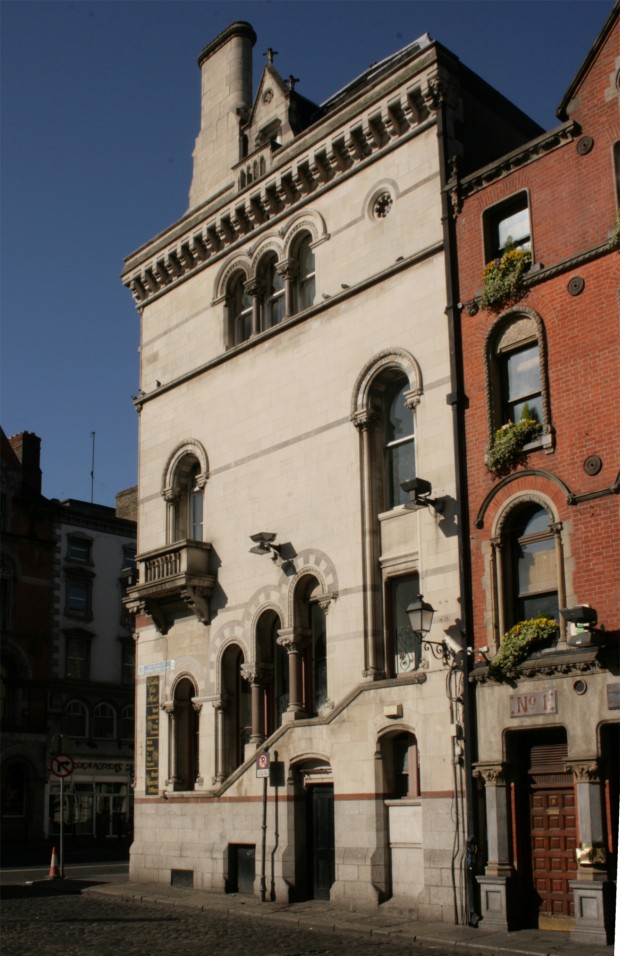 The Dame Street facade of the former Crown Life Insurance Building (Thomas Newenham Deane, 1868) is in such a chaotic part of the pedestrian route that it’s difficult to look up, but the Fownes Street facade reads clearly and prominently from the Central Bank plaza.

The five windows along the stairwell are visually captivating. There’s no mystery unveiled – there’s a chance we’ve all seen stairs before – but in the jump between the landing and two windows following the rise, and the tight, jumpless fit of the upper landing, it feels like human movement, a little more playful than Portland stone usually seems.