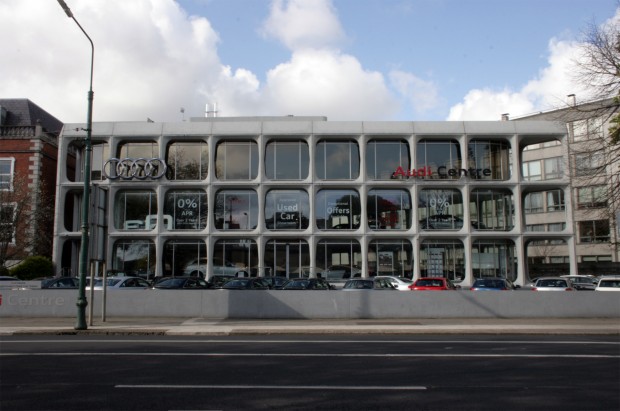 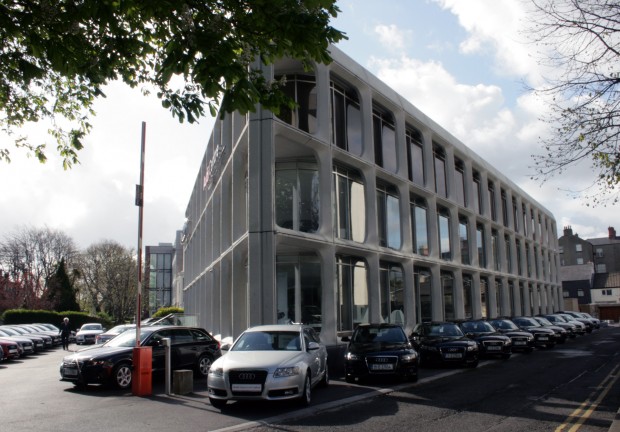 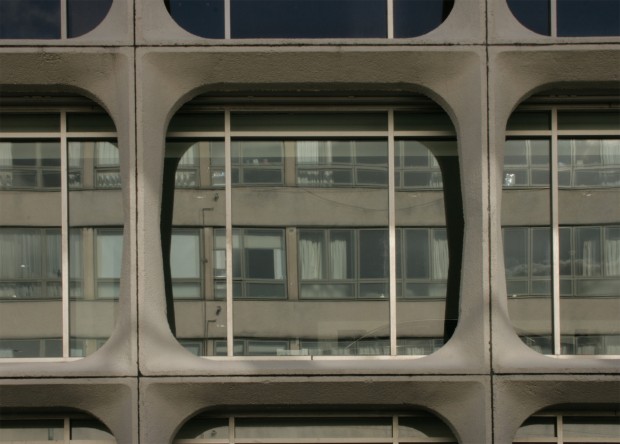 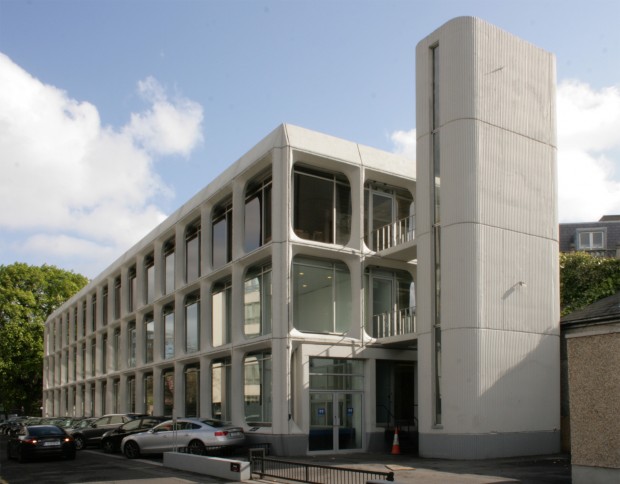 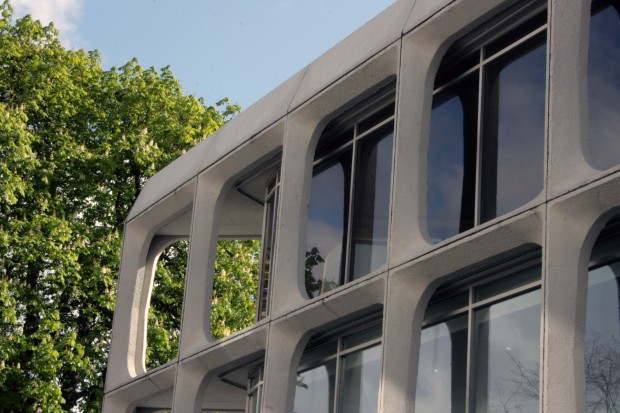 83 Pembroke Road is now a car showroom for Audi, but it was originally Texaco House, the Irish headquarters for the oil company, who relocated here from O’Connell Street in 1972. For a time, it was the most expensive office block in Dublin, with The Irish Times (November 10, 1971) noting the cost as 44/9 per square metre. (I’ll leave conversions to metric and adjustment for inflation to people who can count.) 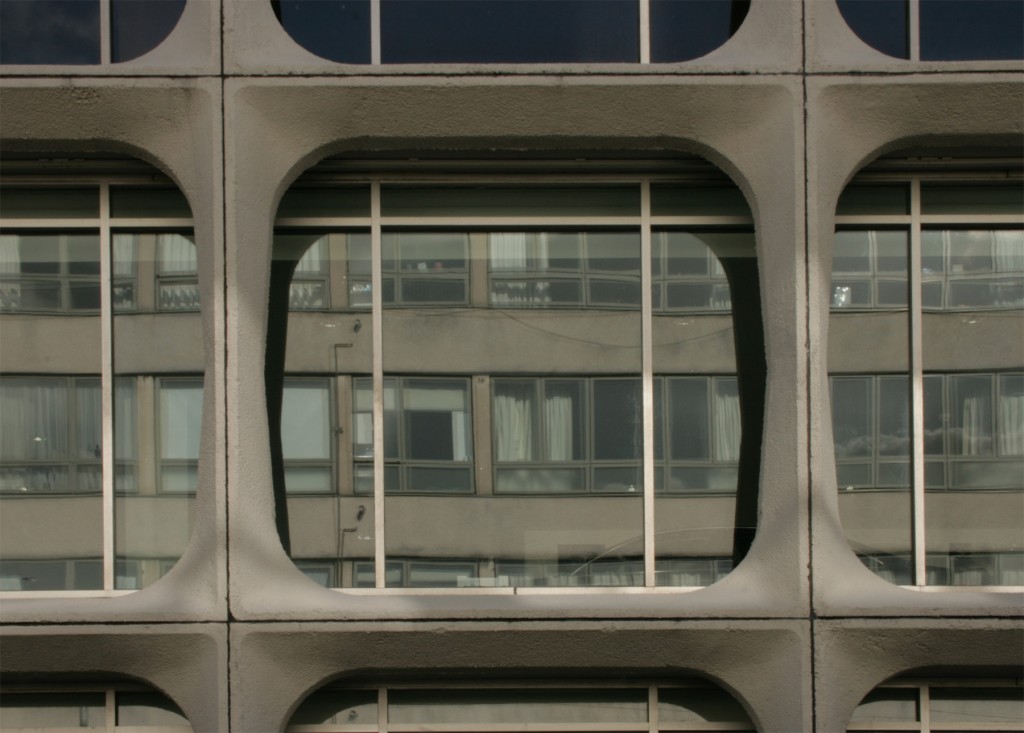 The building was designed by David Keane* and Partners, whose portfolio (then, and later as Keane Murphy Duff) included a number of shopping centres, among them Phibsboro. It was recently the subject of an application to Dublin City Council for permission to demolish the existing building, and as the reasons for denying permission were unrelated to the existing building, I wouldn’t be optimistic about its future. 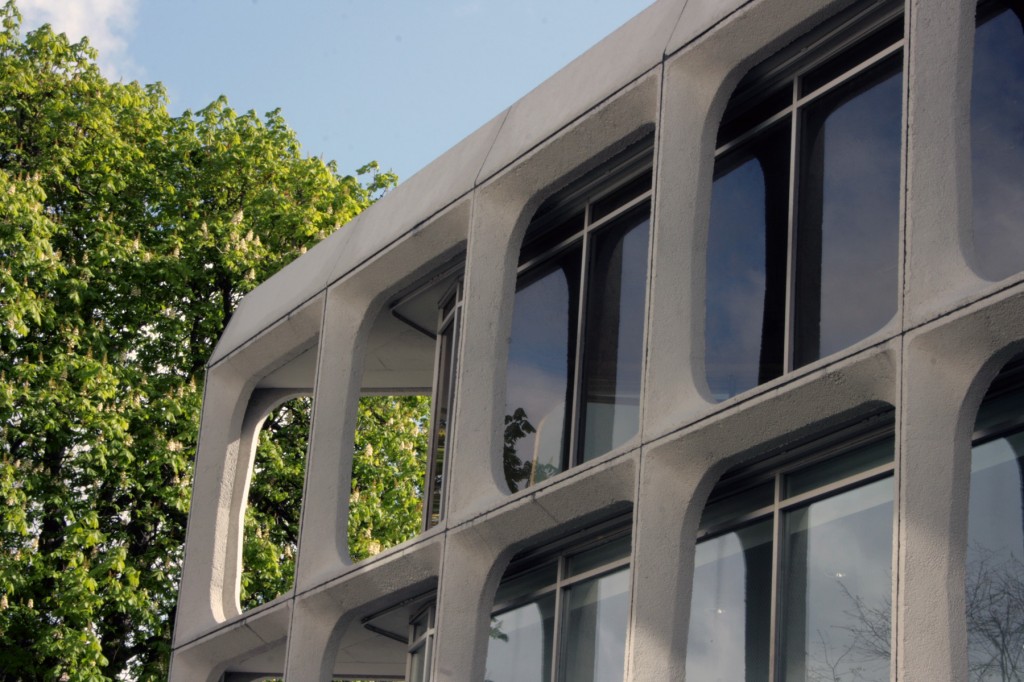 It’s a pity, because it’s a very distinctive precast form with echoes of the nearby American Embassy (1964, John Johansen) because of the sculptural, curved openings on both, and the pair seem characteristic of the area. Texaco House is quite different, though, as the concrete sits away from the glazed wall, like a screen, with only the floor plates continuing out. The openings frame parts of the windows and the rhythms match up, but it’s playing up the contrast between the concrete and the thin glazed profile of the wall, as well as emphasising the form of the crisp precast concrete panels. There’s also the dramatic, acute angle of the corner, most apparent when you approach along the side at Pembroke Lane and then suddenly see the building disappear at the corner. 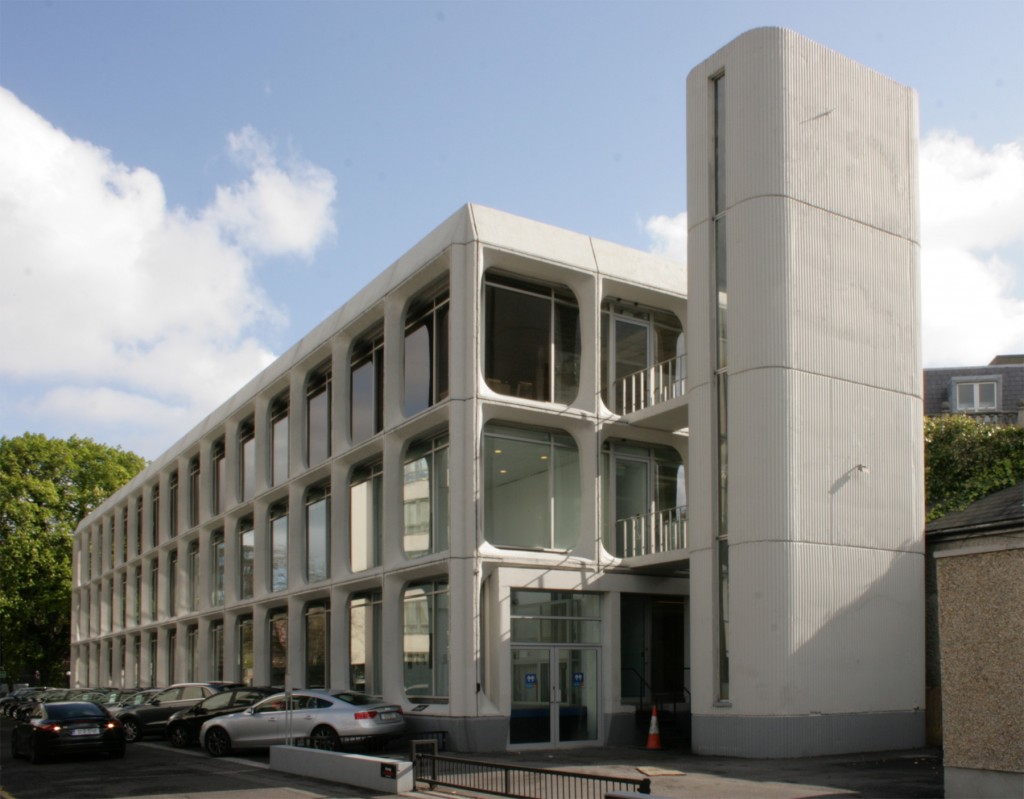 Thanks to Emmett Scanlon for pointing out the planning notice, and to Emmett and Conor Rochford for reminding me about this gorgeous building. 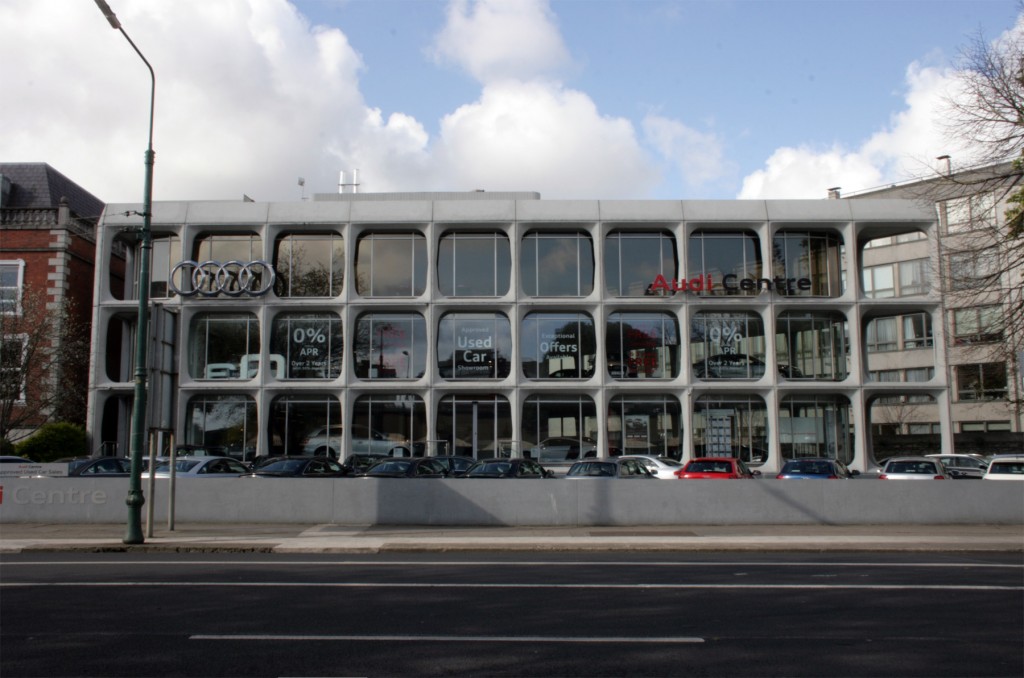 * David Keane (who died in 2007) is well known to Irish architects for his books on the legal side of the profession. Surprisingly witty and enjoyable to read, given the subject matter.