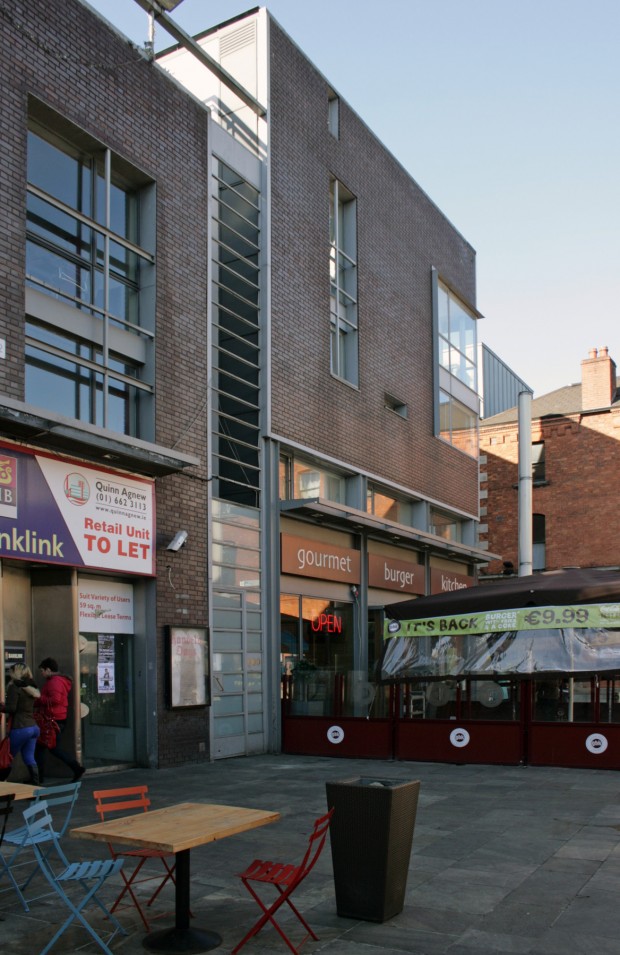 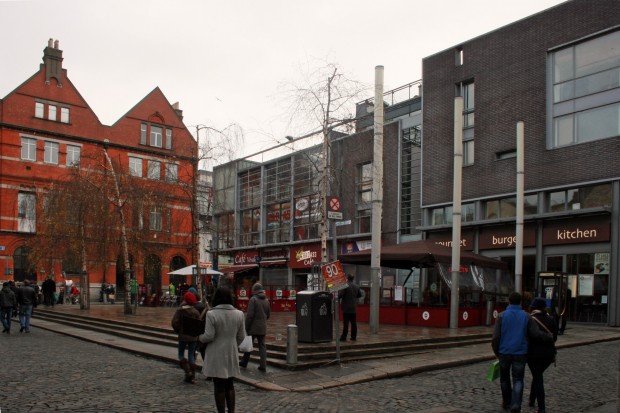 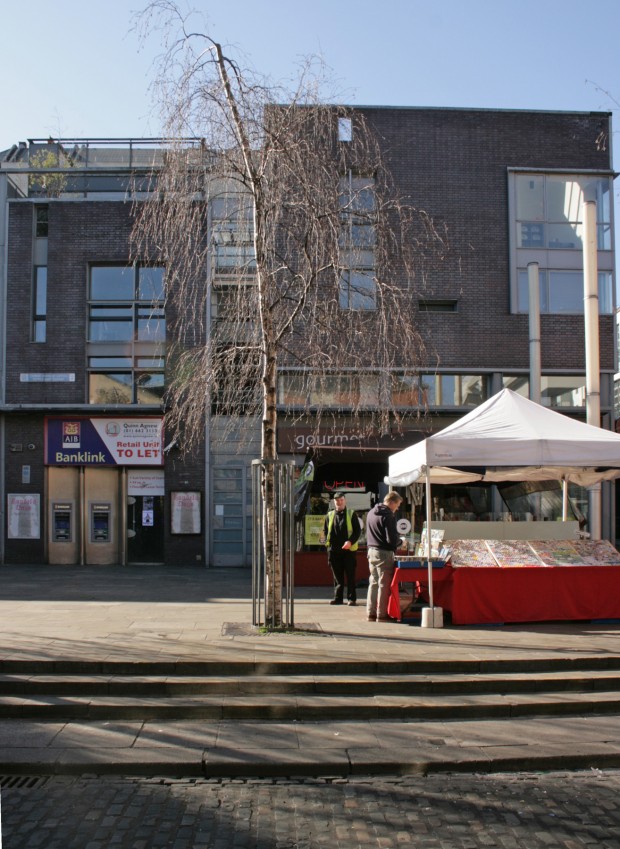 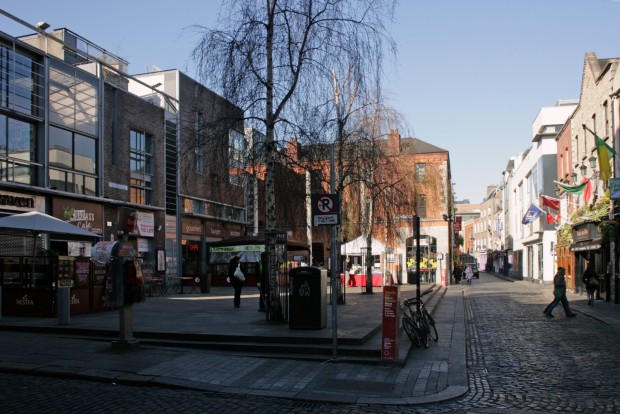 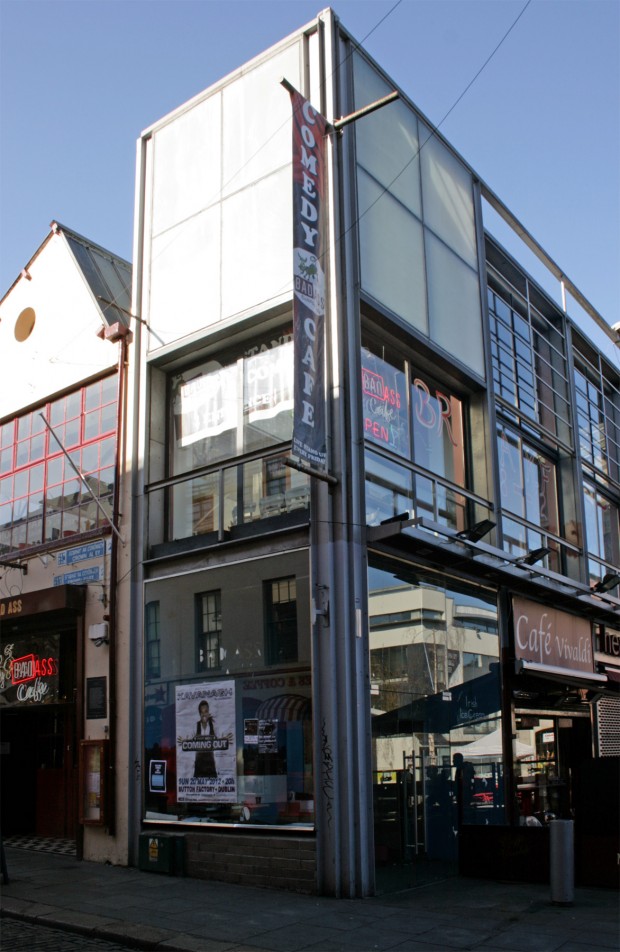 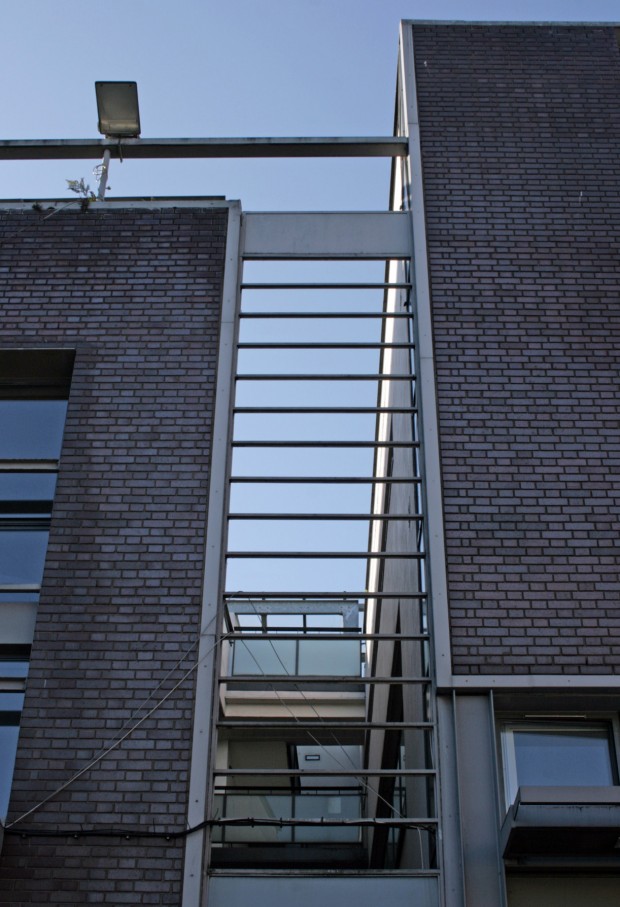 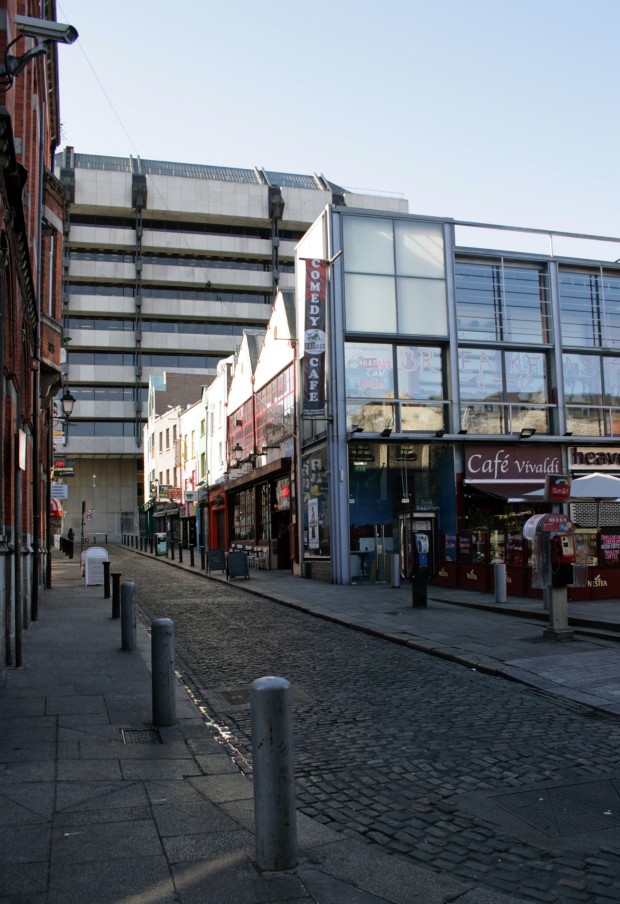 When Group 91 won the Temple Bar Framework Plan competition in 1992, their commission was to make the new public spaces and the new street proposed in their entry: what would become Curved Street, Temple Bar Square and Meeting House Square. Their plan was a strategic one, not proposing a specific building or usage but looking at public space, thoroughfares and stitching the area back together so that it might come alive. Group 91 – Grafton Architects, O’Donnell and Tuomey, Shay Cleary Architects, Derek Tynan Architects, Paul Keogh Architects, McCullough Mulvin Architects, Shane O’Toole with Michael Kelly, and McGarry Ní Eanaigh – took an approach of making the public spaces by forming the buildings around them, as well as designing the paving, street furniture and other elements we associate with a street or square. The projects were divided up to so that each building or space went to one practice, ultimately credited as ‘Group 91/[Practice]’.

Grafton Architects worked on Temple Bar Square, including the  building that forms its backdrop. The building (completed in 1995) contains housing on upper levels and a series of ground-floor retail units On the Fownes Street side, it’s held in a steel frame, 12-foot-deep and  clipped onto the gable of the Bad Ass Cafe, while at the far end, it turns the corner as a brick building. Courtyard access to the housing is screened by a steel gate and grille, and a steel bar passing across the centre section mediates the change in height as if there’s only one jump

The architects make reference to steel fold-down fire stairs in New York, and that’s a good analogy for the building itself: it’s pragmatic, somewhat industrial in its aesthetic, and very definitely urban. As well as the steel, there’s glazing and also engineering brick, which is tough and chosen (by their account) for “its likeness to metal”. The square itself uses the slope of the site to its advantage by introducing three steps, giving it a presence apart from the footpath and allowing an informal space to sit or gather on the steps.

I interviewed Grafton Architects about Temple Bar last year, and one of my favourite comments was this one, from Shelley McNamara:

“[…] I remember being in the corner café that was Trastevere, I don’t know what it was at the time, and having my dinner there and watching people getting sick all over the seat and selling drugs, and dogs, and people stole the litter bins and people climbed the lights…it was just unbelievable, you just could not believe how the space was appropriated by city. We all thought we knew what cities were about, but when you actually observed it, it was extraordinary, it really was.“

It’s hard to have a discussion about architecture in Temple Bar without getting into the issue of nightlife, but the architects had no influence on the licensing or business decisions. Instead, the disappointment to me in visiting this project now is watching what was intended as a public square getting carved up for private use, fenced off by cafés and restaurants. Temple Bar isn’t about public space and there are more egregious demonstrations of this, but it’s still a pity.