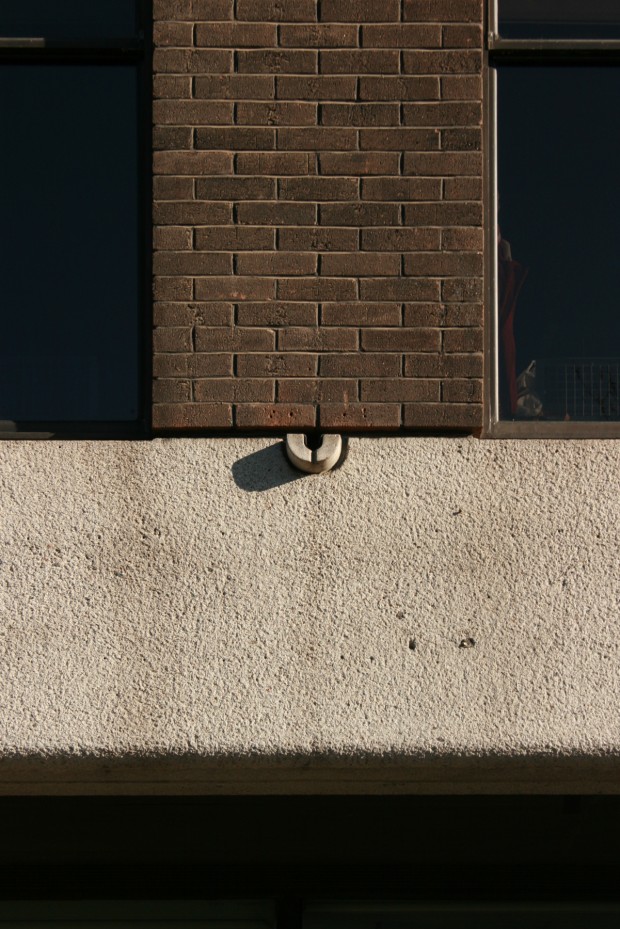 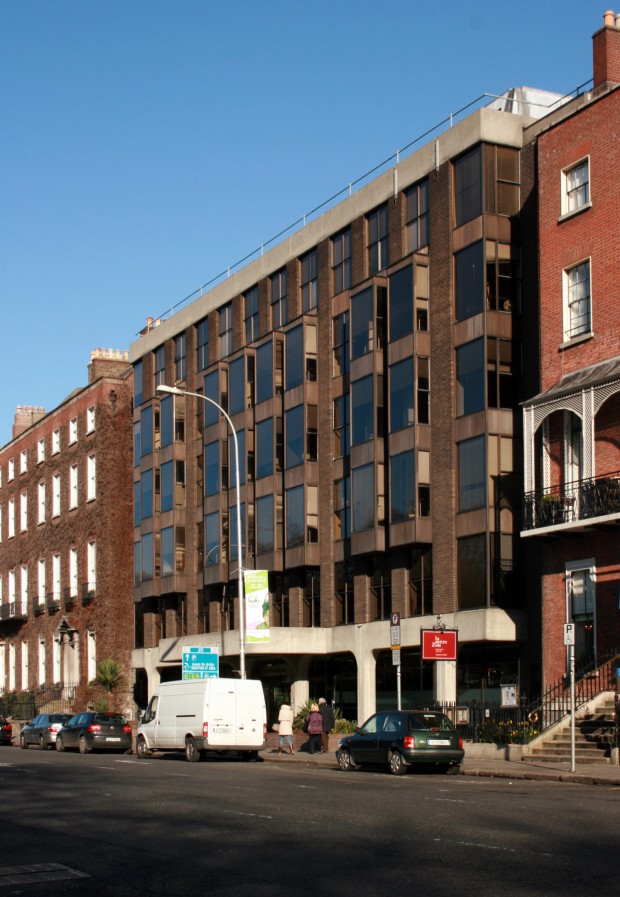 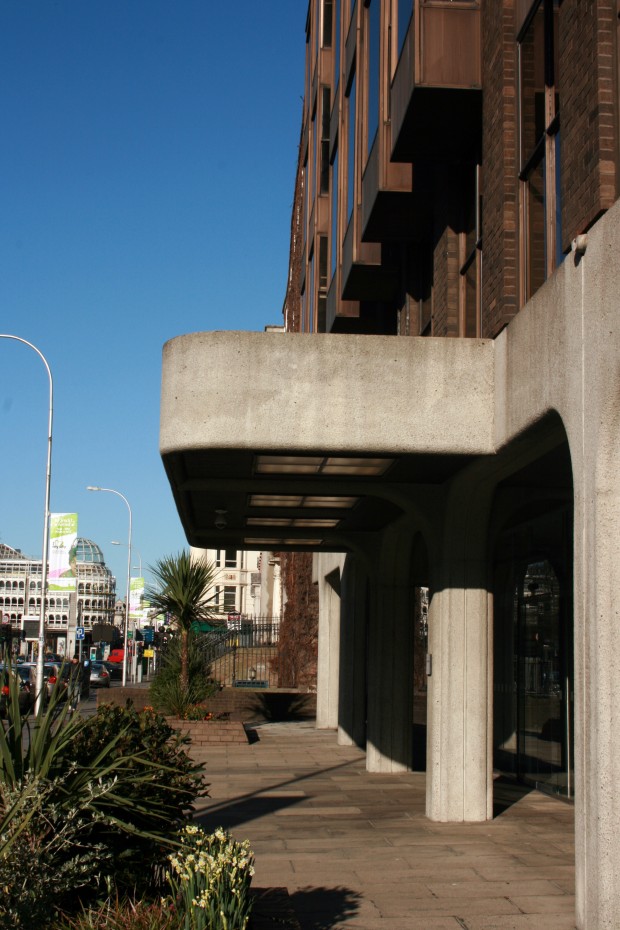 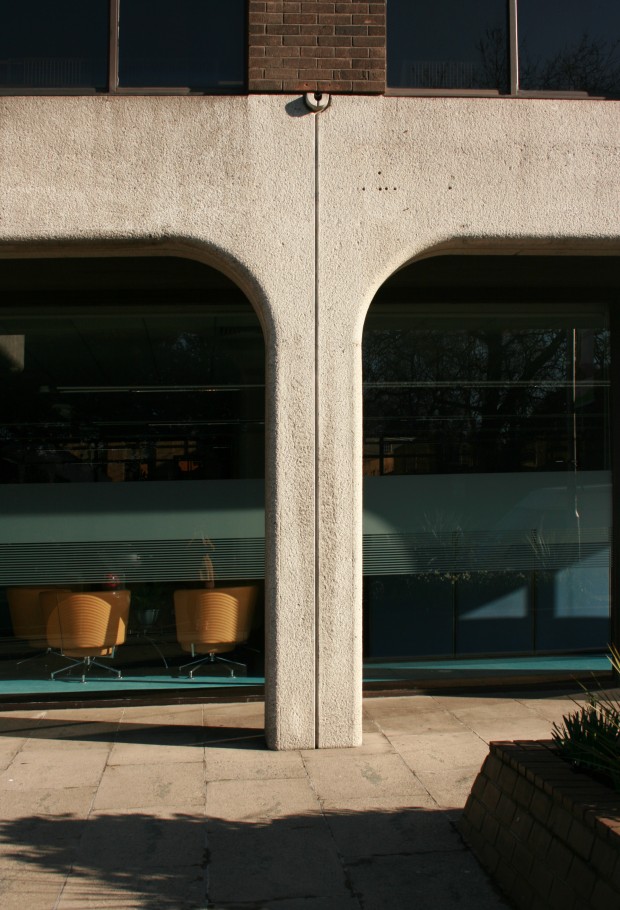 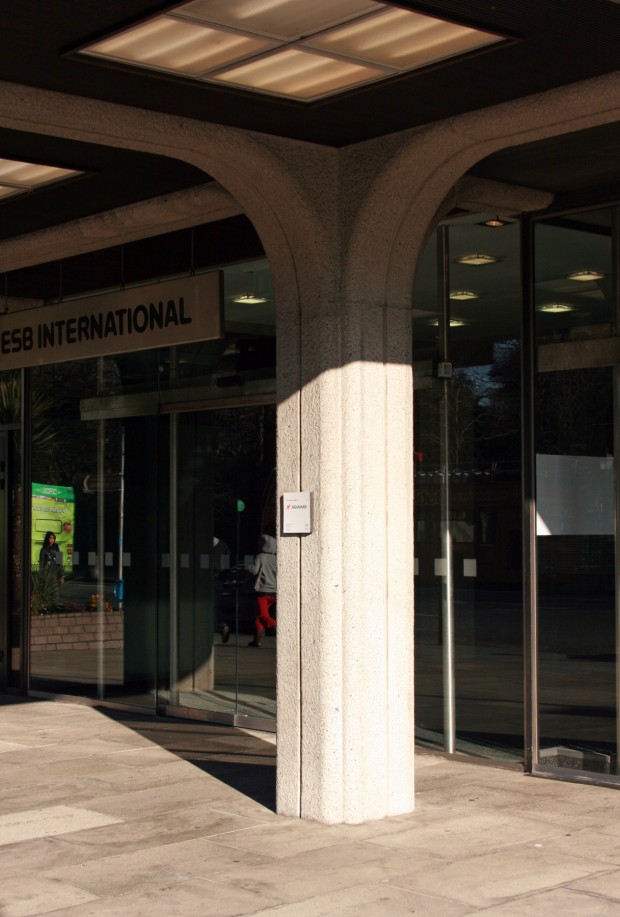 Sitting in a Georgian terrace on the north side of Stephen’s Green, Stephen Court reads from the street like a single building. Its entrance leads to a courtyard, though, with two other interconnected blocks that can be seen on satellite view. It was designed by Andy Devane of Robinson Keefe Devane, constructed as commercial rental offices for Irish Life*, and completed in 1971.

For me, it’s a very satisfying infill building. The brick is nodding at its Georgian neighbours but not mimicking them, differing in tone, and the gorgeous bronze-tinted windows are so similar in tone that they almost seem like an extension of the brick. It feels modern and expensive, but not showy. The composition of the Stephen’s Green elevation is great in itself, with the strong vertical lines of brick keeping a rhythm and the 2-4-2 of the extruded windows giving a three-dimensional interest (and setting up the canopy below) as well as being an echo of the balconies on its neighbours. Of course, with the entrance on ground level (as opposed to half-above basement) and the floor-ceiling heights of offices being lower than the Georgian reception rooms, the floor levels could never be in sync, but the balconies are almost in line.

The concrete canopy is nice and thick, matching the curved corners and the proportions of the colonnade running along the ground floor level. I particularly like what appear to be drip details in the band of concrete, small sharp half-circles centred under the brick bands.  The concrete itself is bush-hammered – achieving a texture more like stone than smooth concrete – and has weathered very gently. The building is concrete-framed, with the brick providing an economising option that allowed for the expense of the glass, according to Michael Viney’s piece in the Irish Times (Feb 4 1971).

* We’ll look at the Irish Life Centre (also by Devane, a few years later) soon, which has similarities to this project.