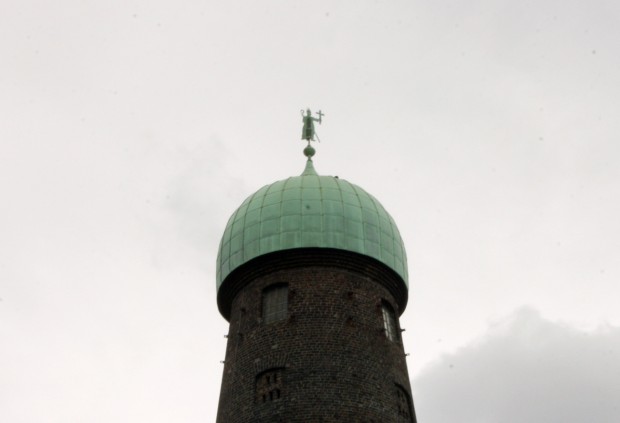 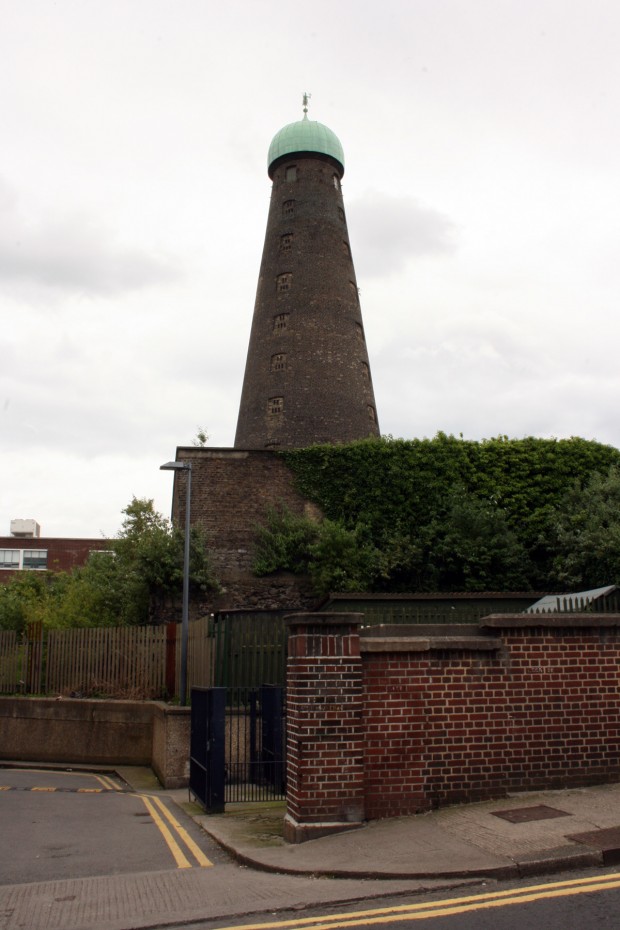 Standing 150 feet tall and often popping into view between buildings on Thomas Street, the smock tower is at its most impressive when you see it from Watling Street.

It was originally built in 1757 (and rebuilt in 1805) as a smock windmill to power Roe’s distillery, one of the country’s largest whiskey manufacturers and run by members of the Roe family, merging with Jameson and the Dublin Whiskey Distillery to form the Dublin Distillers Company in 1889 and ceasing production of Roe in the 1920s.

The windmill’s sails are long gone, obscuring the original function. What’s left is a brick tower, wide at the base and round in plan, with nine levels of windows. Above the rounded copper roof, there’s a detailed-looking weathervane featuring St. Patrick holding a crozier and a cross.

It’s striking as a landmark in this patch of Dublin’s skyline, as well as marking another part of Dublin’s extensive history in industrial food and drink production – something to be revisited in many future posts here. My favourite thing about the smock tower, though, is how much it currently looked like an over-engineered plinth built to hold the tiny saint up there in the sky.