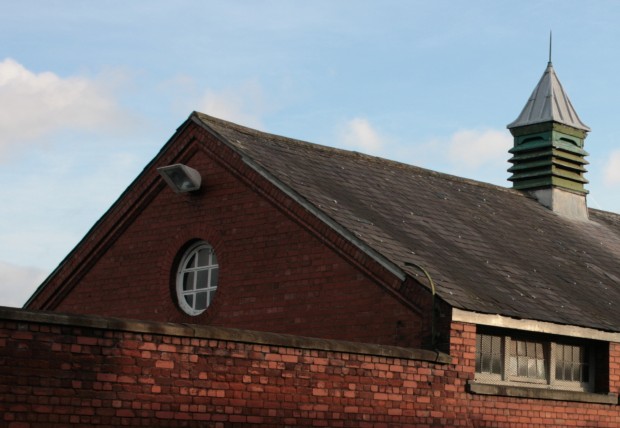 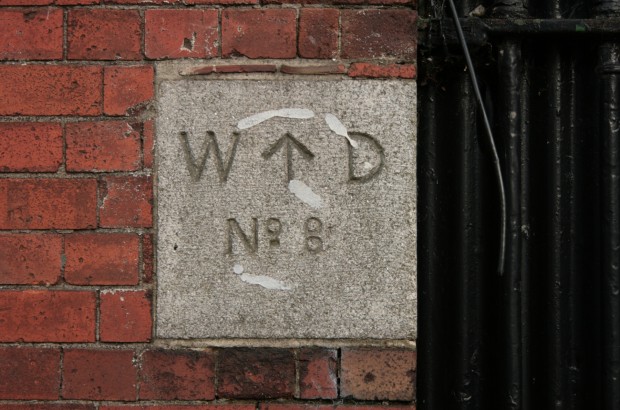 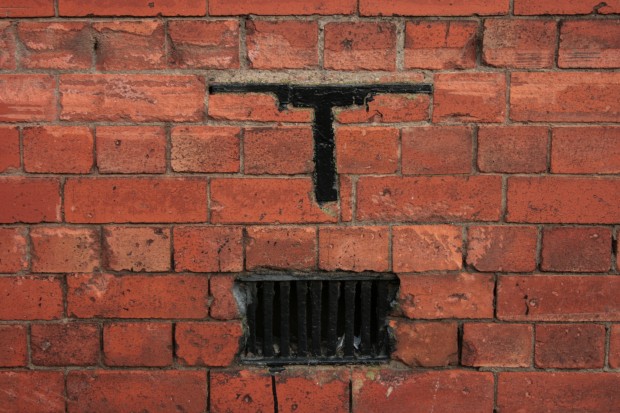 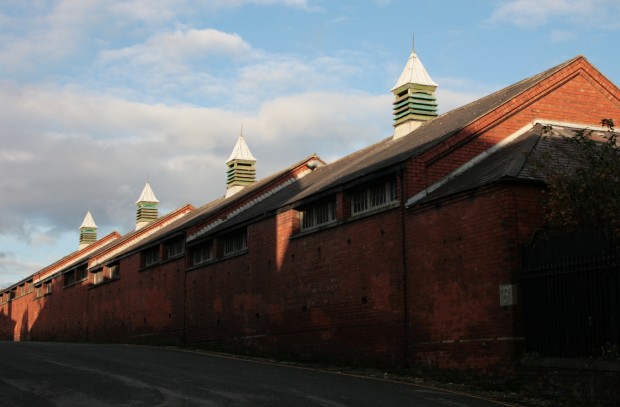 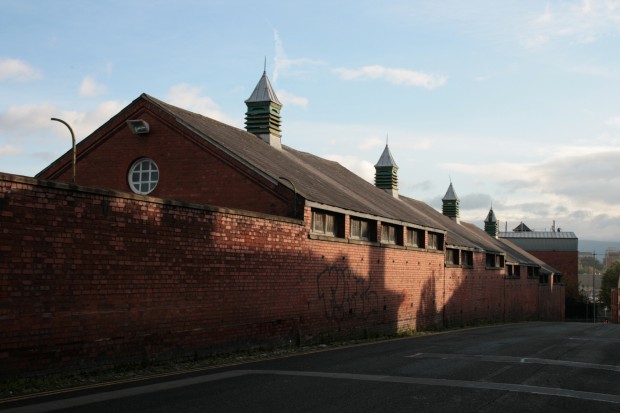 At the western edge of Collins Barracks (now the National Museum of Ireland, Decorative Arts & History), a stepped red-brick stable building marks the boundary with Temple Street West. Casey (p.250) dates the building to circa 1900, and notes that it was built for 69 horses.

There was substantial building work at the barracks (then known as Royal Barracks, renamed in 1922) from 1888 following demolition of many existing buildings to address an issue with typhoid or enteric fever. Fever was a problem throughout the city but had become an ongoing cause of mortality at the barracks, with insanitary conditions identified as a cause. (“Hygienic cement” is a wonderful phrase that appears among the suggested remedies for the barracks.) 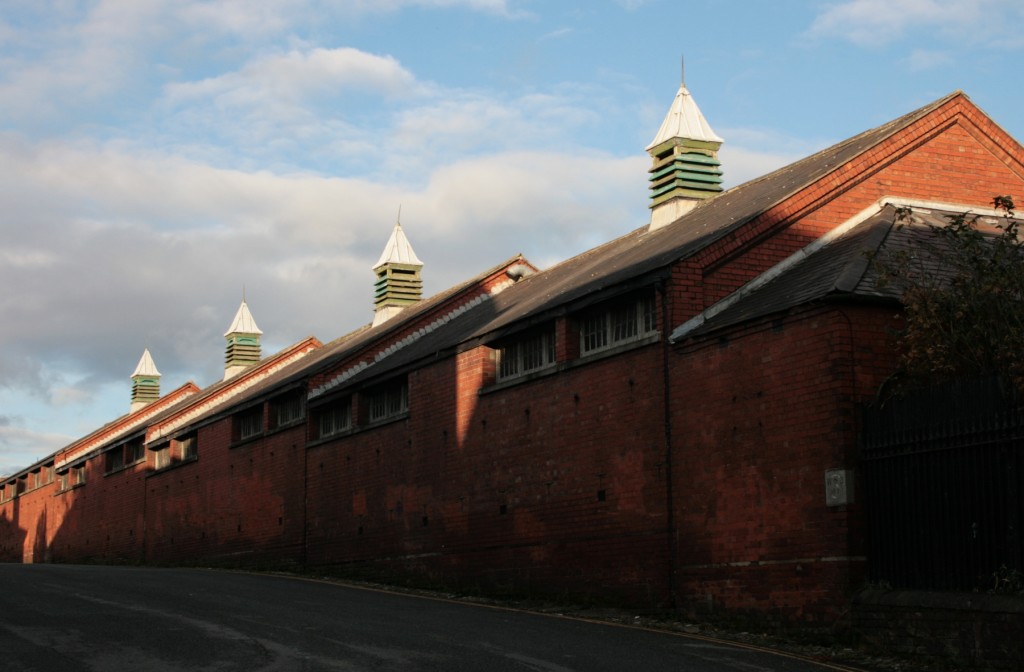 In the Guide to the National Museum‘s history of the site [PDF], the question of building materials for the reconstruction comes up: the resident engineer, Major Hart, had a preference for cut stone, and when the building programme ran over budget, the War Office exerted its own preference for red brick, which was less expensive and was used for many new structures. 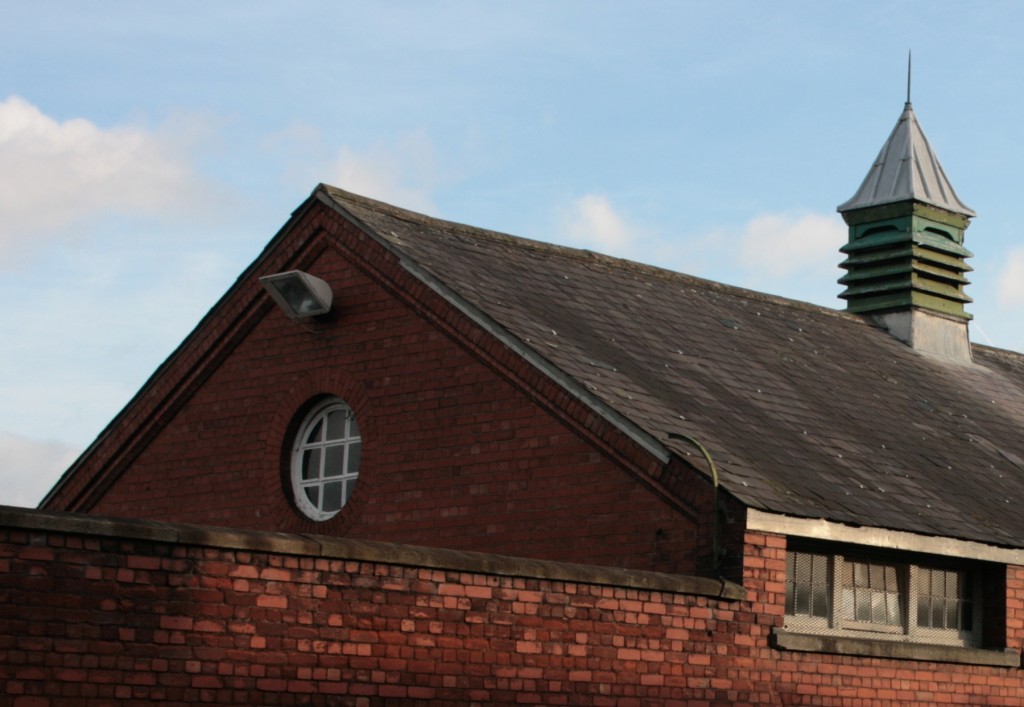 The brick looks handsome on the stables, which are met by the boundary wall on their northern end. The gable end has a brick trim bringing definition to the gable line and continuing on down, and the eaves are picked out too by the high windows along the perimeter wall.

For me, the best part is the roofs. I love the ordered stepping down that happens along the hill – how from above it looks smooth, like a telescopic arrangement where the lower levels could be retracted to the top, and from below it looks structured. The ventilation chimneys stand at attention in the centre of each, sharp tiered lines and corners. The building doesn’t really have a functional relationship with Temple Street West, but it’s a pleasure to pass by. 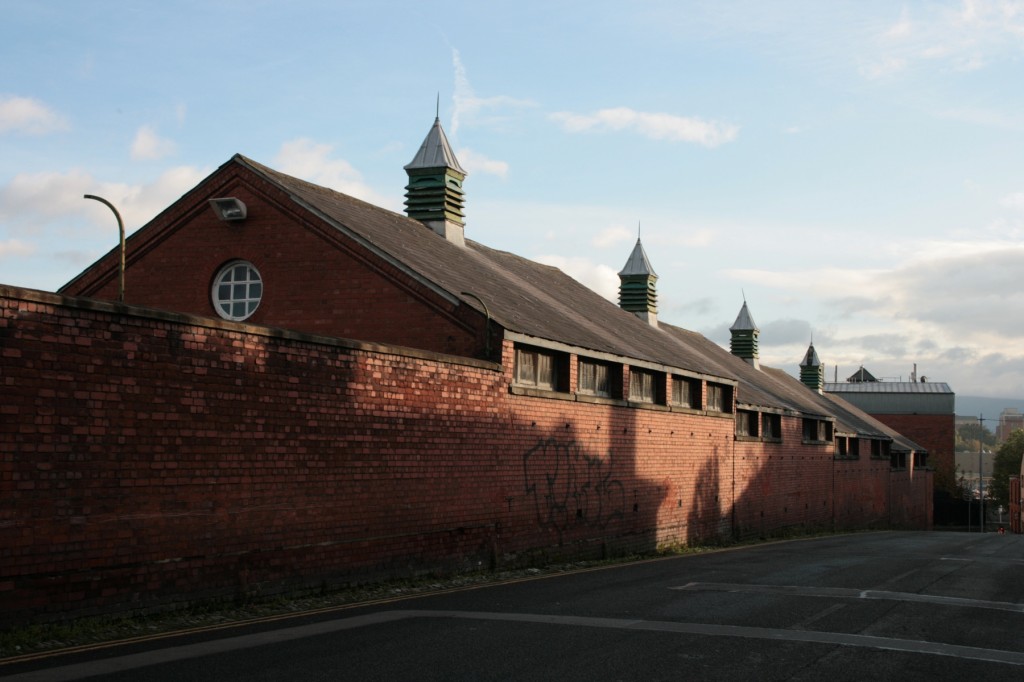