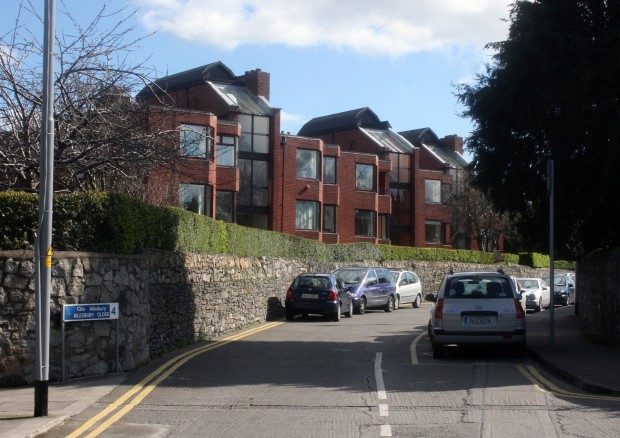 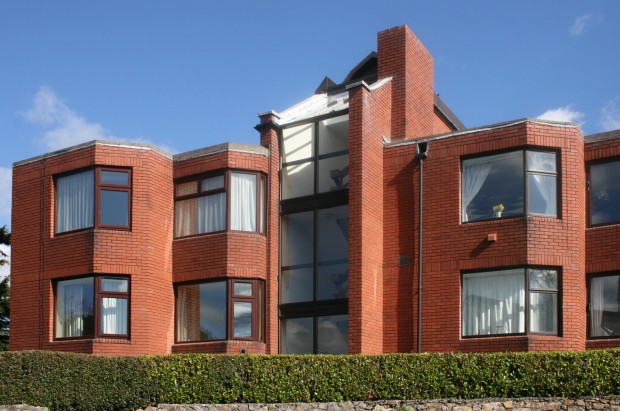 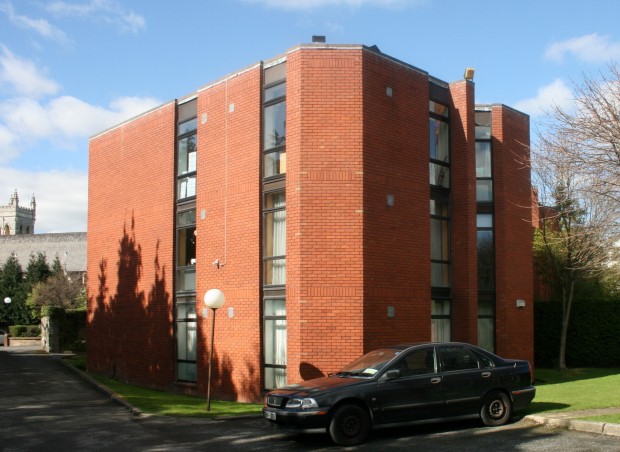 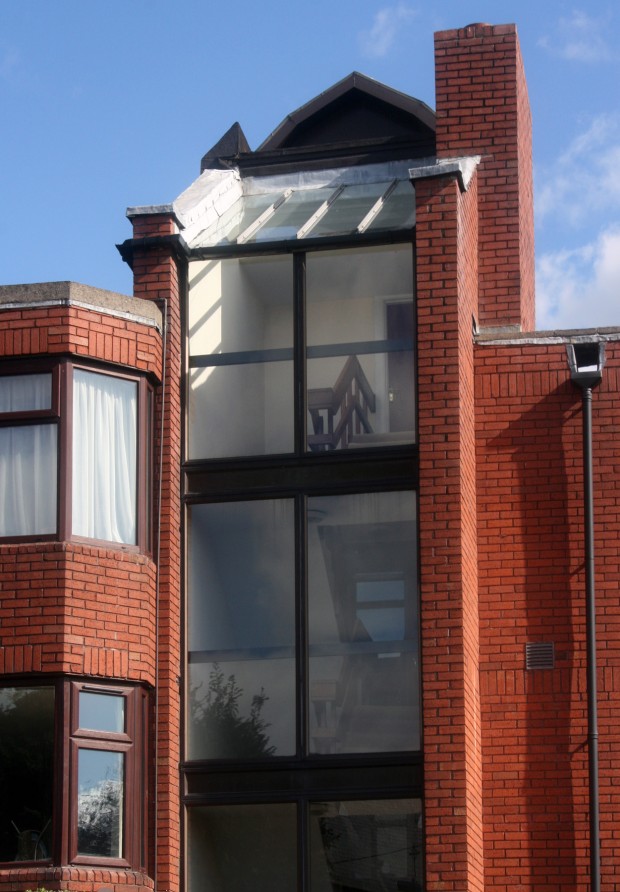 Ailesbury Court is a bit of a mystery. It’s definitely a three-storey building clad in red brick. It’s at the end of Ailesbury Road, behind Donnybrook Church, with a pedestrian entrance on the main road and a car park down the smaller street. It appears to be mostly apartments, though its residents include the Austrian Embassy.

I have no idea who the architect is or when it was constructed, though – normally, I get there eventually through a combination of architecture publications and databases, newspaper archives, and asking questions, but I’m stumped this time. I’m going to guess it was built in the second half of the 1980s, but I could be a decade out in either direction.

In the absence of any hints, anyway, the stepped massing takes advantage of the site’s angle. Each window and balcony on the Donnybrook side gets southwesterly orientation, evening light unobstructed by the building itself, and the same appears to happen for the northeast on the opposite face. The location makes it quite possible that a single apartment/unit would be big enough to span the building and take in both aspects – I’m guessing five units per floor based on the stairwells, below – ensuring that they’re getting generous natural light from some aspect all day.

At three points, marking the stairwells, the flat roof steps up and is capped by a hood-like roof. It’s a pointed arch made up of long straight sections, and it looks like heavy duty rain gear, emphasised further by the slope of the window directly beneath it. The chimneys are paired with these pop-ups too, clustering all the rooftop business in three areas.

(If you can solve the mystery, please let me know!)