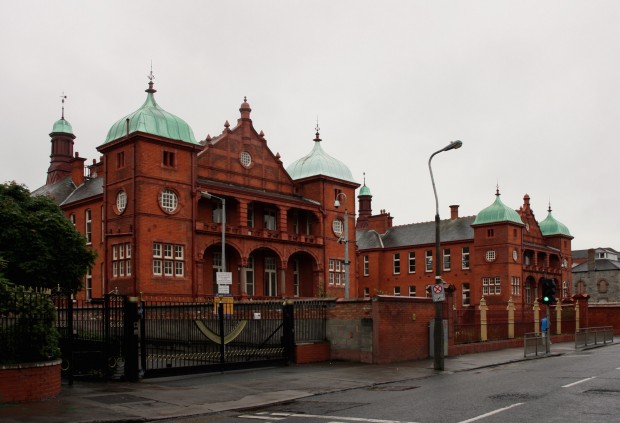 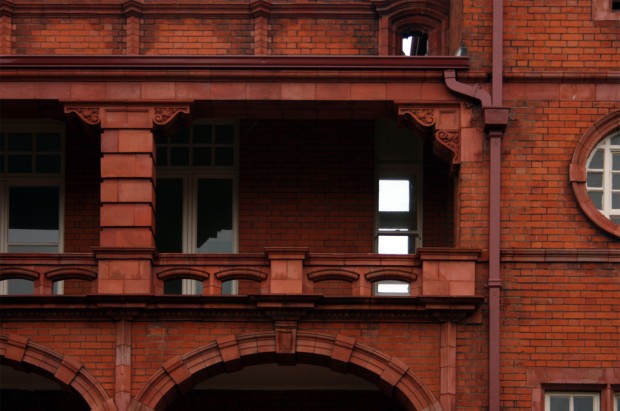 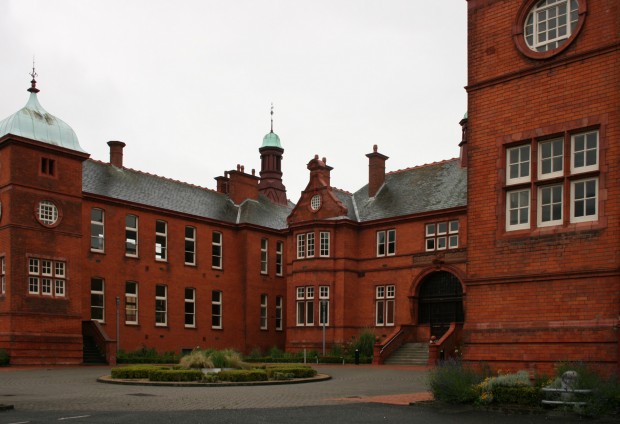 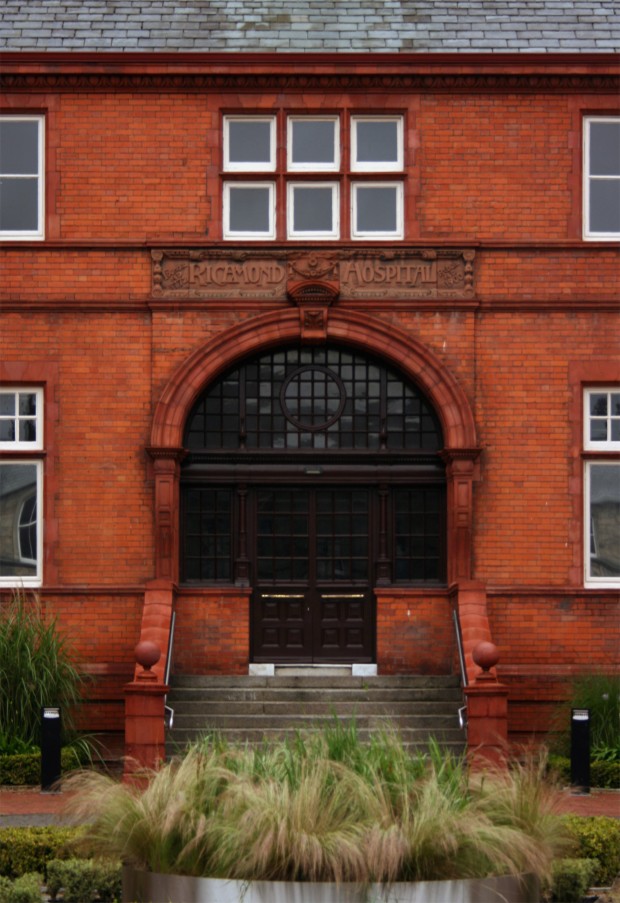 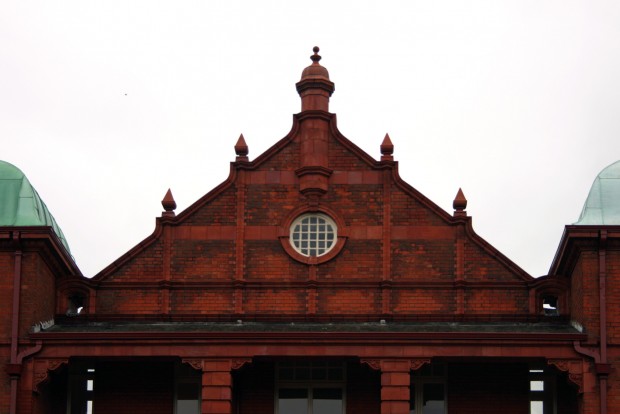 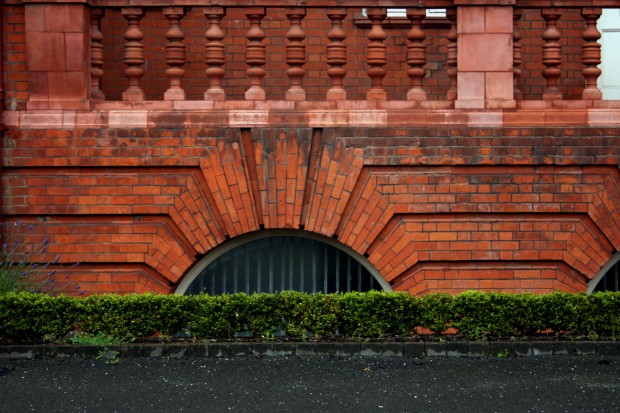 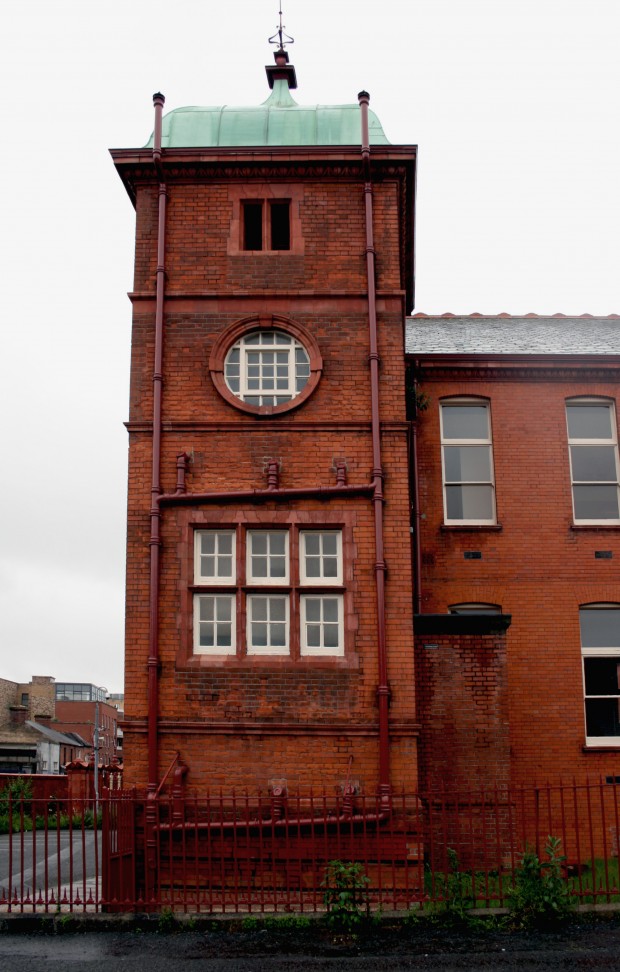 On the edge of institution-dense Grangegorman, the Richmond Surgical Hospital was constructed in the 1890s to replace a former convent that had been in use since 1807 with a patchwork of modifications. The Richmond was designed by the partnership of James Rawson Carroll and Frederick Batchelor, and it appears to have opened formally in 1901. It’s been in use as part of the Courts Service (as Richmond Courthouse, with the wards converted to courts by the Office of Public Works) but it appears this may no longer be the case.

The new hospital plan was a wide U, with the wards in each of the side wings – Christine Casey (p.261) notes that they “held fourteen beds with a window above each”, which you can see along the sides of the blocks. (There’s an interesting thing in the history of hospital design, where the prevailing thoughts on what makes for good health/medicine is reflected in the buildings* – the current model is individual rooms for all patients with as little transportation around the hospital as possible, thanks to concerns over highly resistant hospital acquired infections – in the same way that prison buildings track the history of the penal zeitgeist.) The Irish Times report on the opening (April 22 1901, p.6) lists many of the hospital’s modern features: it’s “practically fireproof”, boasts modern ventilation throughout and warmed filtered air for the theatres, and “the whole building is raised from the ground upon high arches”.

I’m drawn to it by the roofline, the copper roofs tapering to a stack of ornaments, the little finials on the gables of each wing, the curves of the ridge line on the pitched roofs and the chimneys popping up throughout. The double loggias (covered galleries open to air on one side) on the ward blocks seem like useful facilities, outside without being outside, and covered outdoor spaces are to be welcomed in this climate. It’s a big, striking, formal building, and I would love very much to see the interior.

* The Architecture of Hospitals is an interesting doorstop on the subject, if you’re interested – my B.Arch thesis project was an alternative proposal for the National Children’s Hospital on the Mater site and I am a bit obsessed with institutional typologies.