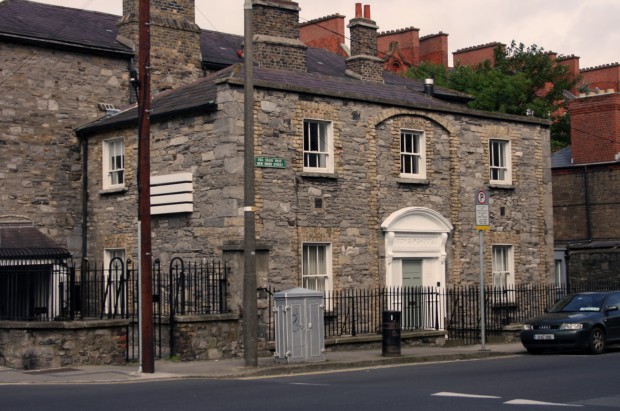 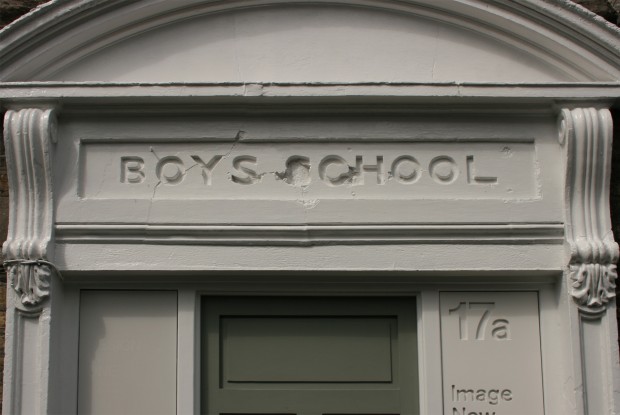 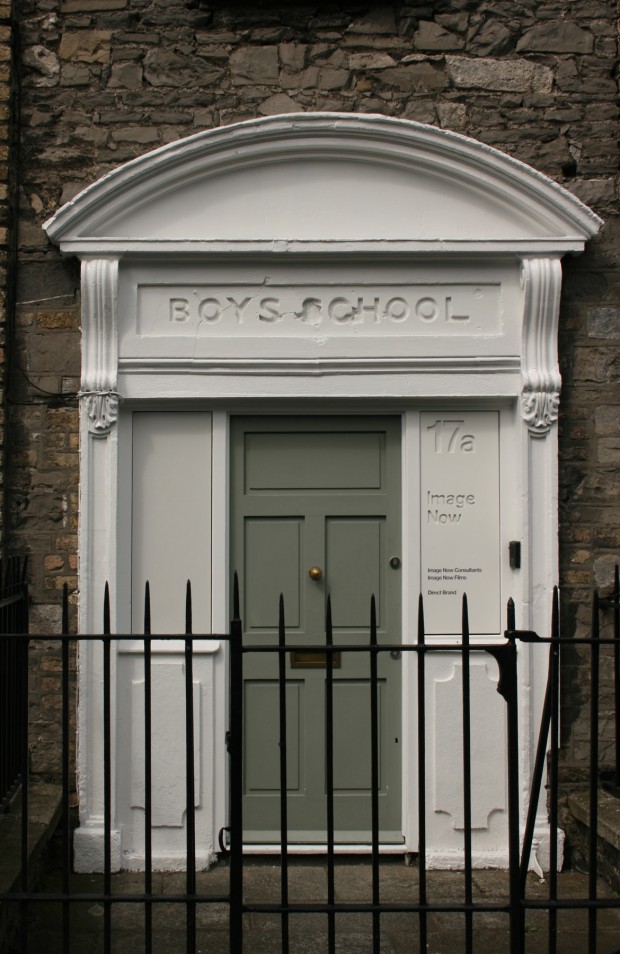 The retained signage on 17a New Bride Street is an easy example of keeping text on a building without any risk of confusion. St. Peter’s National School for Boys was located on this corner, and it looks as if the building across the road (on the Camden Row side) housed the infants’ and girls’ schools. The school was named for the parish and the nearby St. Peter’s Church (Church of Ireland) on Aungier Street. 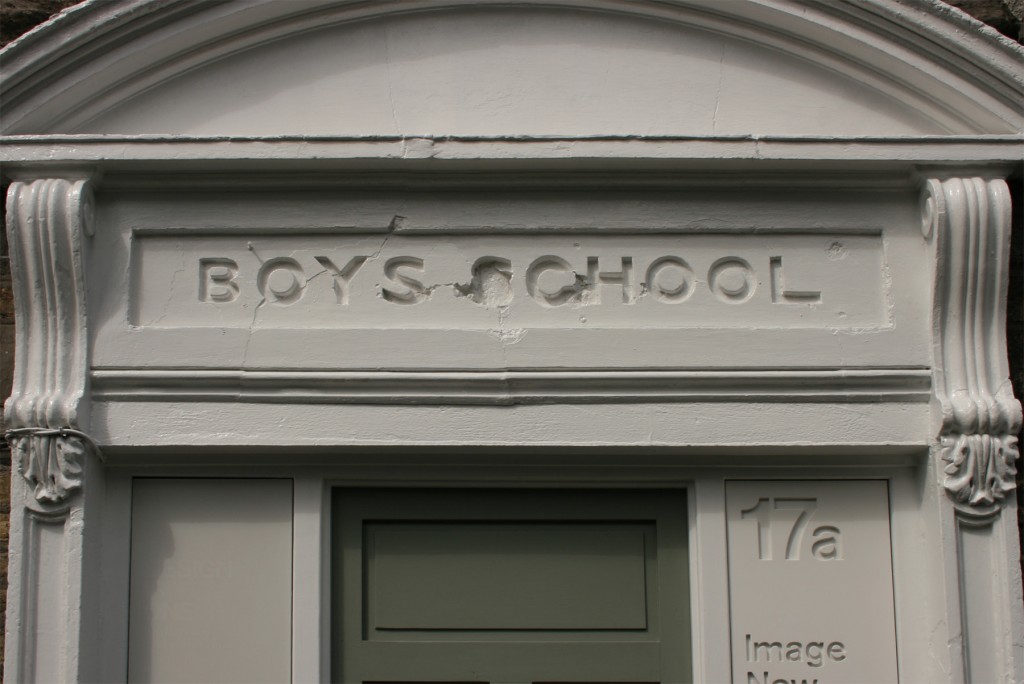 It’s a great sign. The letters are thick, deep, and wide enough to house shadows. Though I’d initially read it as being cast, very close inspection reveals nails and cracks that suggest timber, thick with paint and missing the vulnerably bits of the second ‘s’. Design and film consultants Image Now made a nice move by integrating their own signage, though I don’t think it’s entirely successful: there’s an awkward contrast between the two whites, neither matching nor complementary, and it’s unfortunate that it’s to the detriment of the contemporary element. 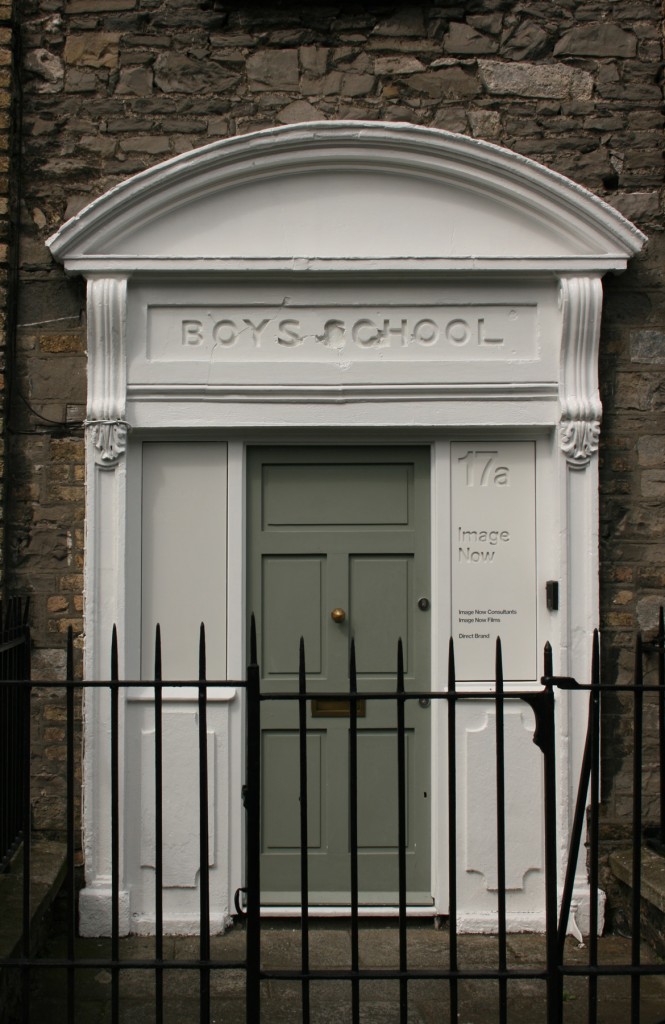