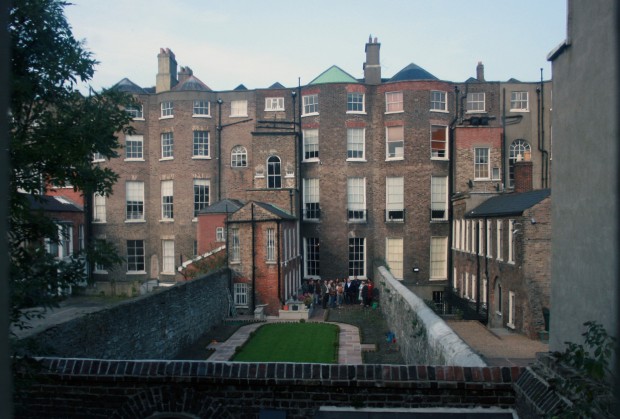 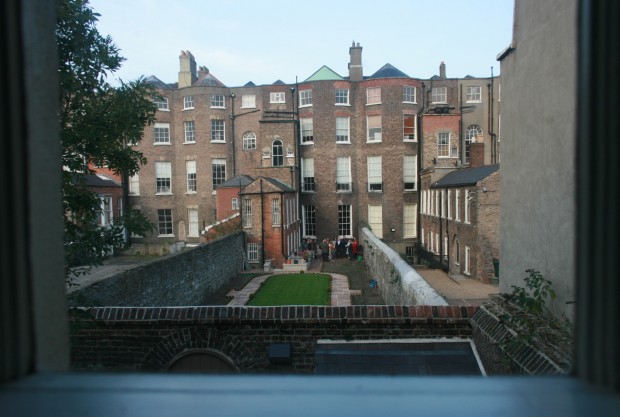 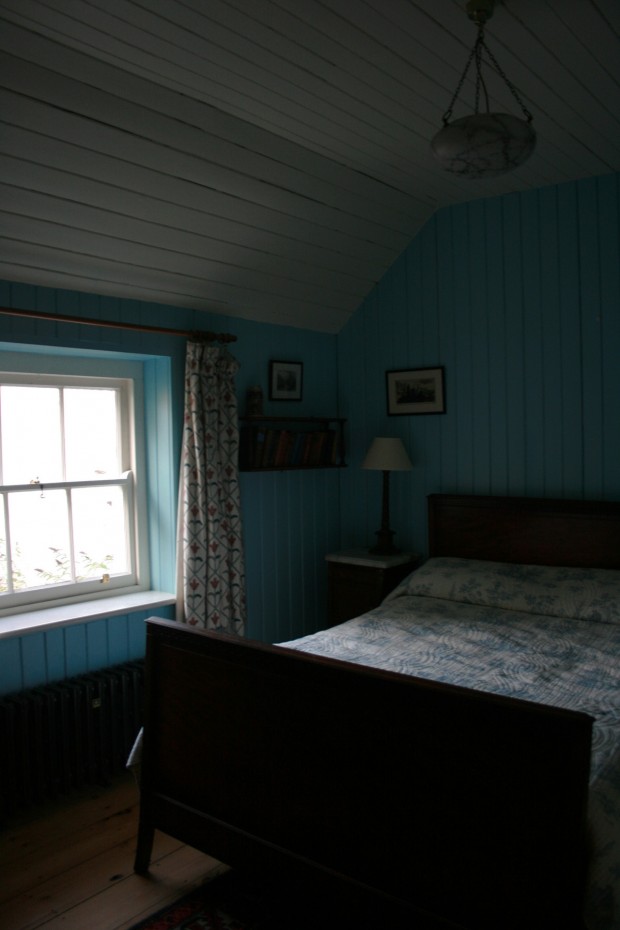 The strangest thing about Rear Window is that, before being confined to his apartment by a broken leg, Jeff doesn’t seem to have looked across at his neighbours much. Not with the intent, full-day stare of the convalescent – that would be a terrifying habit – but even passing curiosity, looking at what’s where and how it’s changing. 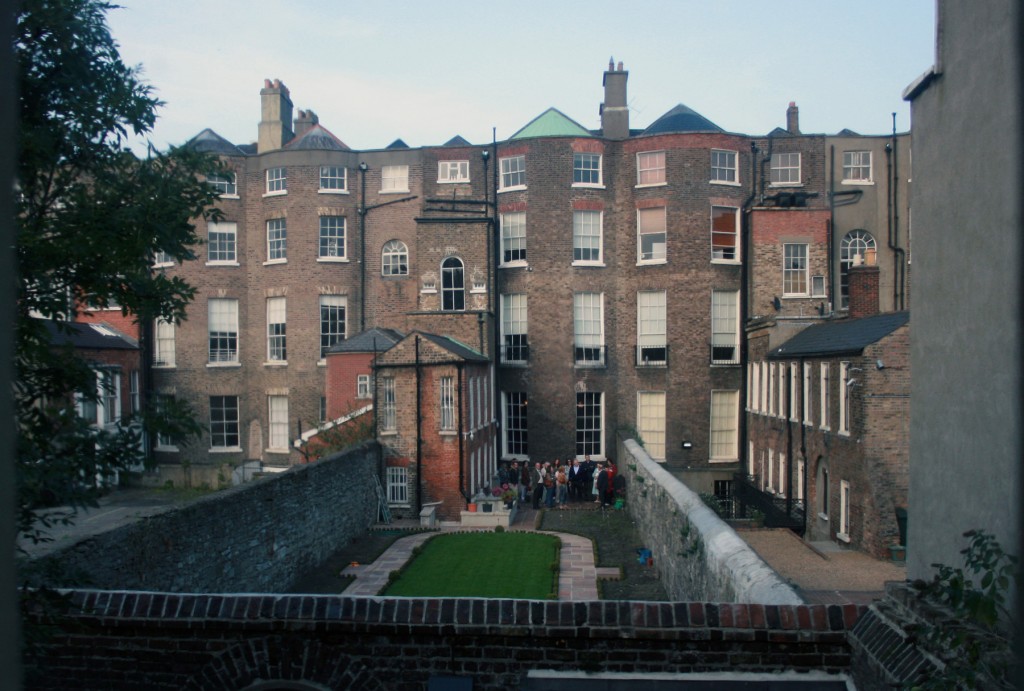 The views onto the city that feel most alive and inhabited for me are the rear views, the garden elevations and the shuffling telescoping of returns projecting out behind the main bulk of the house. Instead of the presentation to the street, you get more windows, and you can probably guess what’s where: the colours on the ground floor reflecting around a room are from a kitchen television, the room lighting up at 6am in winter is someone bleary-eyed in a bedroom trying to find matching socks, etc. In between, there’s pipes, chimneys, security lights, satellite dishes, and maybe even a fire escape. It’s a view that’s enjoyable to draw, more lived-in than picturesque, and there’s a privilege in seeing it. The view is reciprocal and controllable, with my neighbours seeing my little desk just as I see their amazing sitting-room wallpaper as long as we both have our curtains open, and for me, it’s an endearingly human aspect of the city. 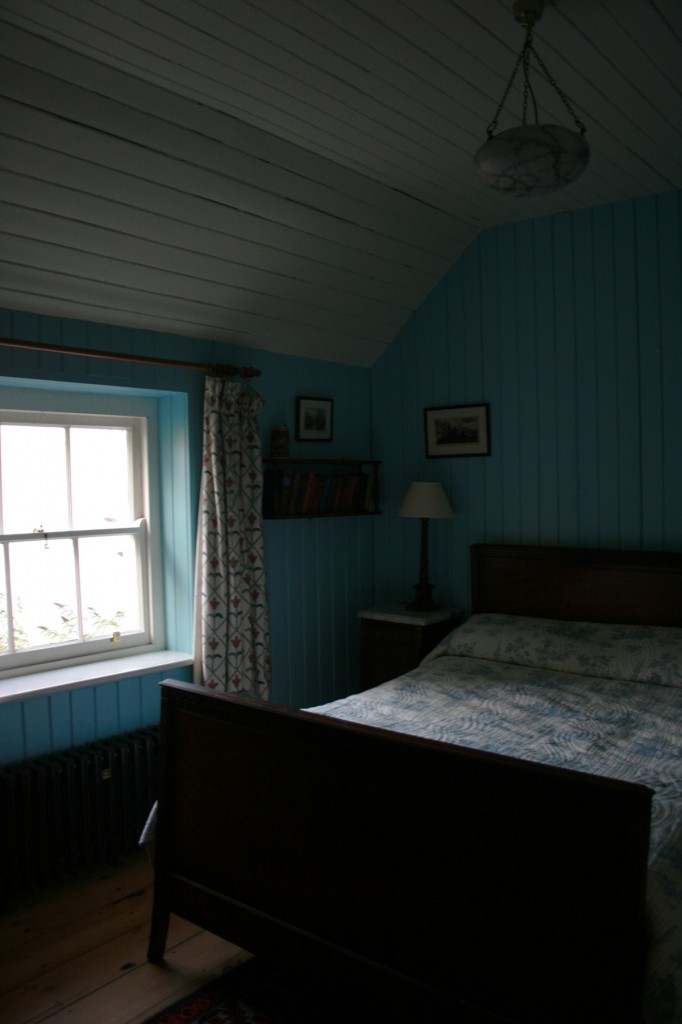 I should say that these views were from Merrion Mews, a property restored and let by the Irish Landmark Trust, and I’m looking onto the garden of the Royal Society of Antiquaries at 63 Merrion Square. I visited Merrion Mews during Open House Dublin a few years ago, and since both properties were open to the public (you can see a tour in progress), this seems like the least alarming example of architectural voyeurism for me to choose.

Merrion Mews is on Fitzwilliam Lane, above a stable used by the mounted unit of An Garda Síochána, and as you can see, it’s exquisitely pretty on the interior and must be an amazing place to stay in the city. Lots of prints and colours, and very peaceful. 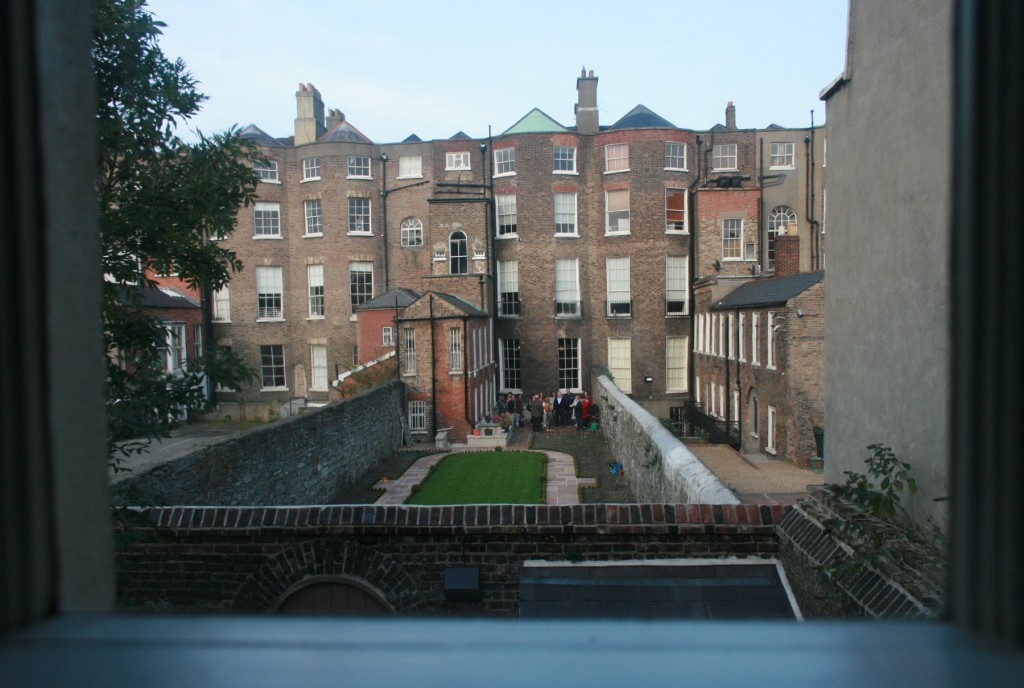 The Irish Landmark Trust’s site mentions that this is one of the only remaining back gardens on Merrion Square, and if you zoom over the aerial images, you’ll see that this is true – most of them are given over to car parking or are built on.

Here, there’s the second thing that’s so interesting about the rear view. If you know a city well, you can probably guess at what’s happening at the core of each block, and it’s fascinating explore maps of other cities to see whether they’re planted or car-parked or built upon, whether the perimeter is standing tall like a stage set with a void in behind or whether the block has been designed as a whole with the street facade only hinting at what’s behind. There’s an immense amount of land in between the built perimeters of the streets, whether you’re looking with a view to the city’s resources, tree population, transportation, or densification, and it needn’t be activated but it’s important to remember it’s here.