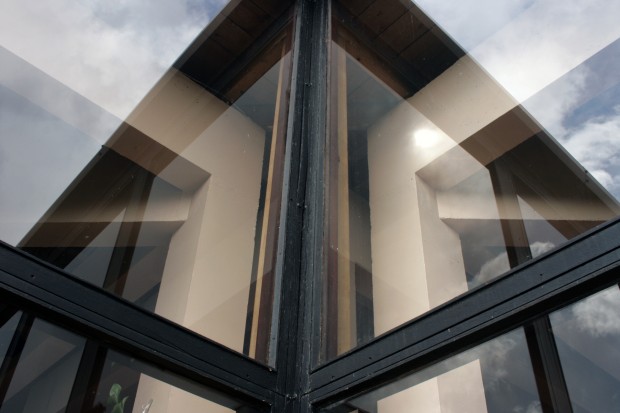 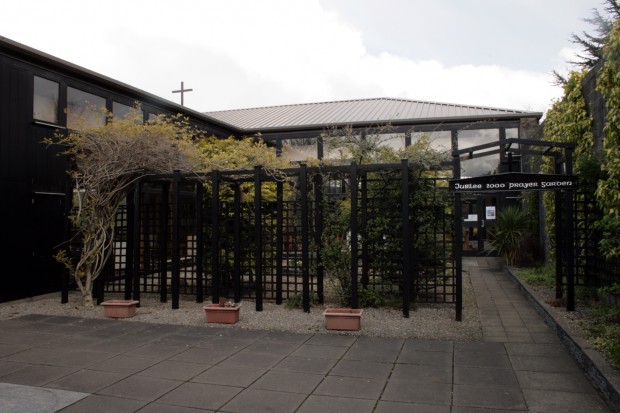 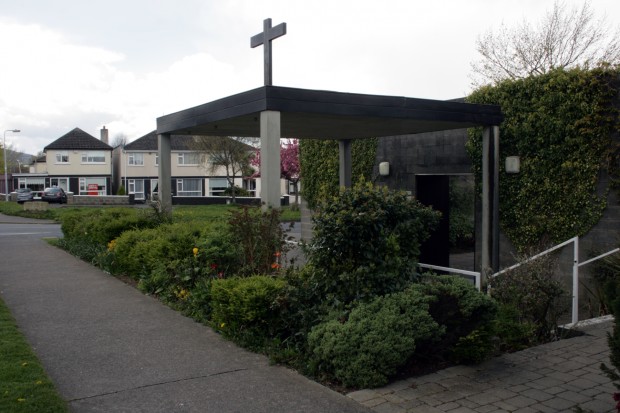 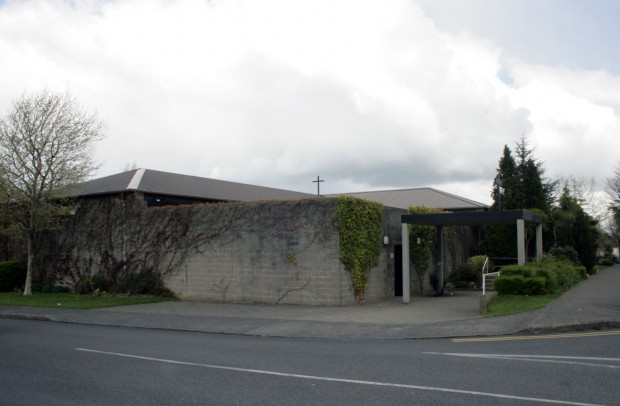 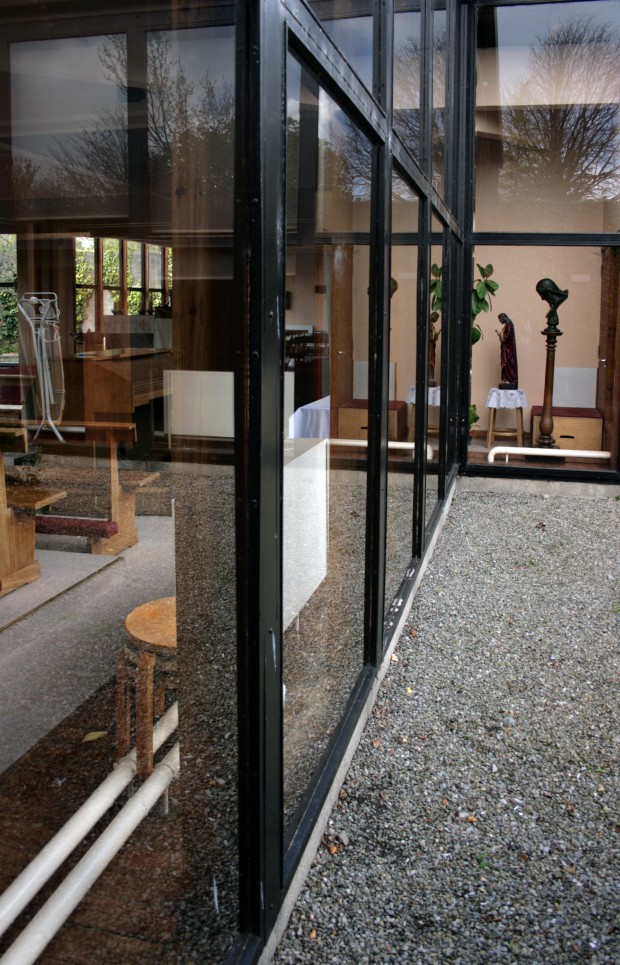 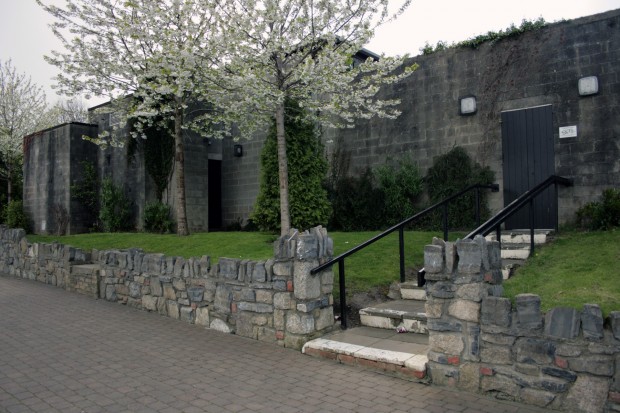 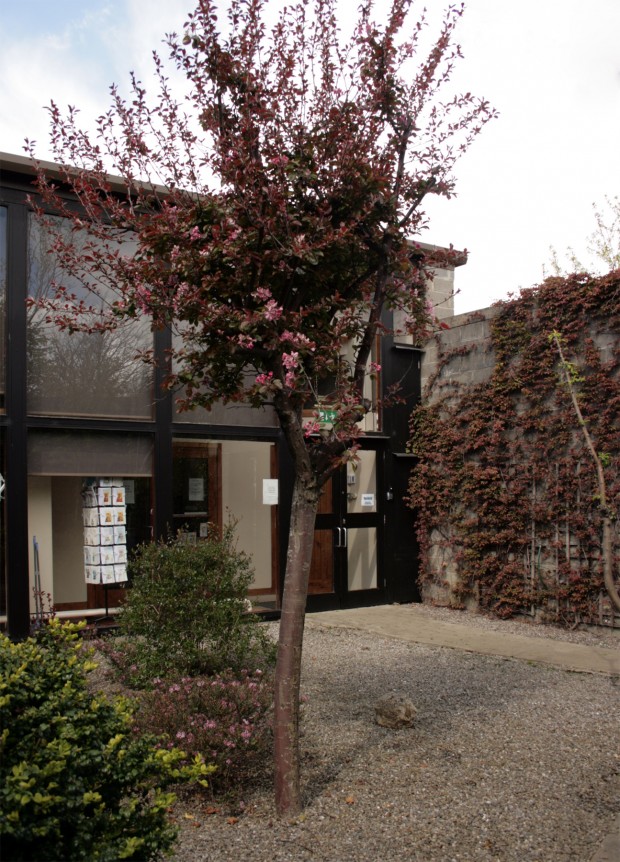 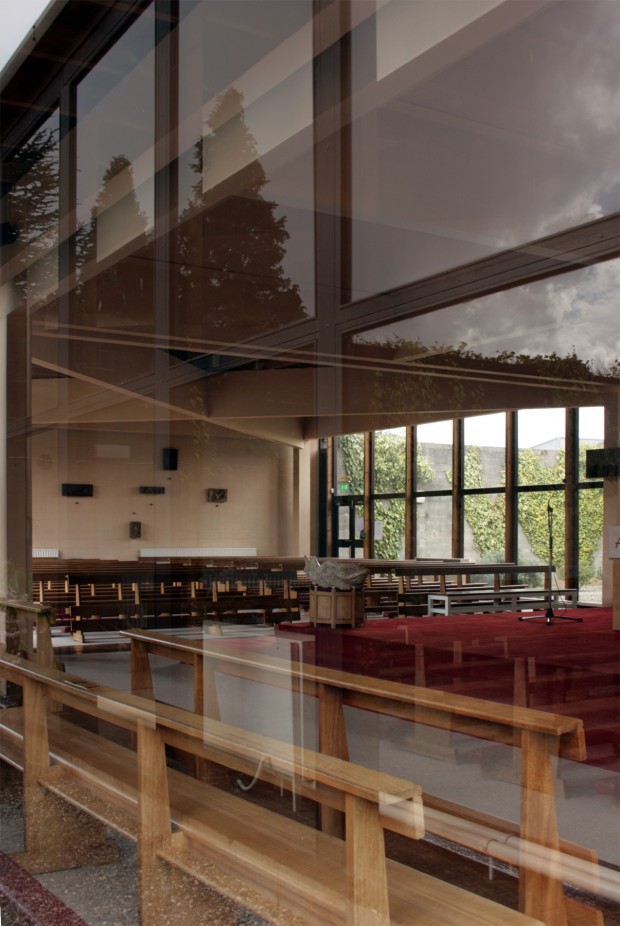 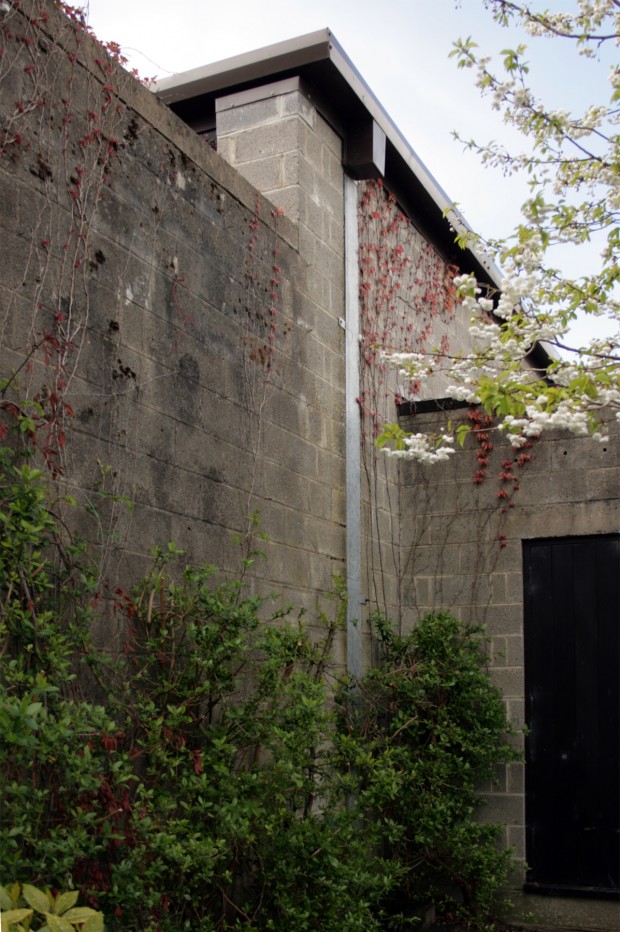 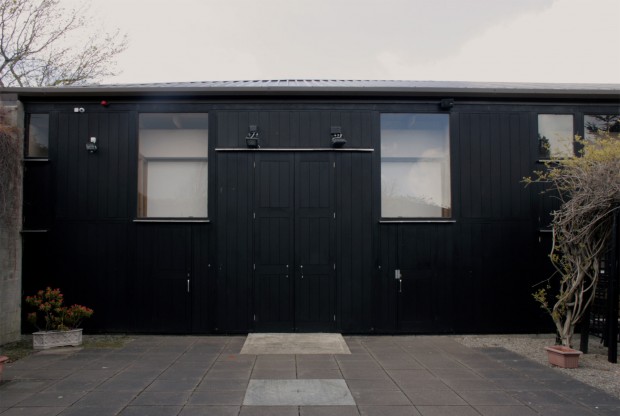 There’s an illusory aspect to architecture when you spend a lot of time looking at drawings and photographs of places you haven’t visited. Maybe the image represents a view the public/user doesn’t see, or maybe it excludes context that would present the building as jarring or less poetic, or maybe flaws in detailing or construction (like a persistent leak) are hidden. Or, like Our Lady of Mount Carmel, maybe the building has been significantly altered.

I had been looking forward to visiting the church since Built Dublin began, having only passed the outside walls before. The church itself is cruciform within a rectangle, making four walled gardens at the rectangle corners, viewed through glazing from within the church. It’s closed in and very peaceful, low and presenting a subdued face of concrete blocks to the suburb outside. Ivy trails over at some points. Drainpipes sit within the wall too, rectangular and flush with the surface.

The church was designed by De Blacam and Meagher, completed in 1979. There appear to be three significant changes since then. One is a Jubilee Prayer Garden on the portico and main entrance side – a bit different to the language of the original landscaping, but contemplative and sweet and part of the development of the parish. The second change was quite disappointing – the bare concrete of the interior structure, these big deep beams crossing beneath the timber ceiling, have been painted a peachy cream. It’s still the same magnificent, dramatic structure, but they are very bland in comparison with the concrete’s texture. (The church was locked on the day I visited, but De Blacam and Meagher’s website has good interior shots here.) The timber exterior elements, like the doors and windows, seem to have been painted from a light timber, but this seems less objectionable.

The third change is devastating. Here’s the church as photographed in 1992 by Seamus O’Neill (via the South Dublin County Council Libraries): The church had a flat roof, with the outer wall stepping up for the church and down for the courtyards, but a pitched corrugated metal roof has been added, and it’s baffling, unrelated to any element of the existing building and making the robust shell of the concrete blocks read as hasty and indifferent. The building – meticulously worked and unusually domestic for a church – now looks like part of an industrial estate, losing the form and making the entrance sit outside like a peculiar unrelated form.