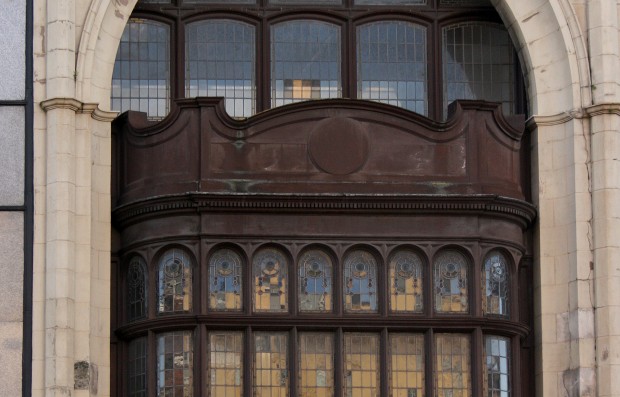 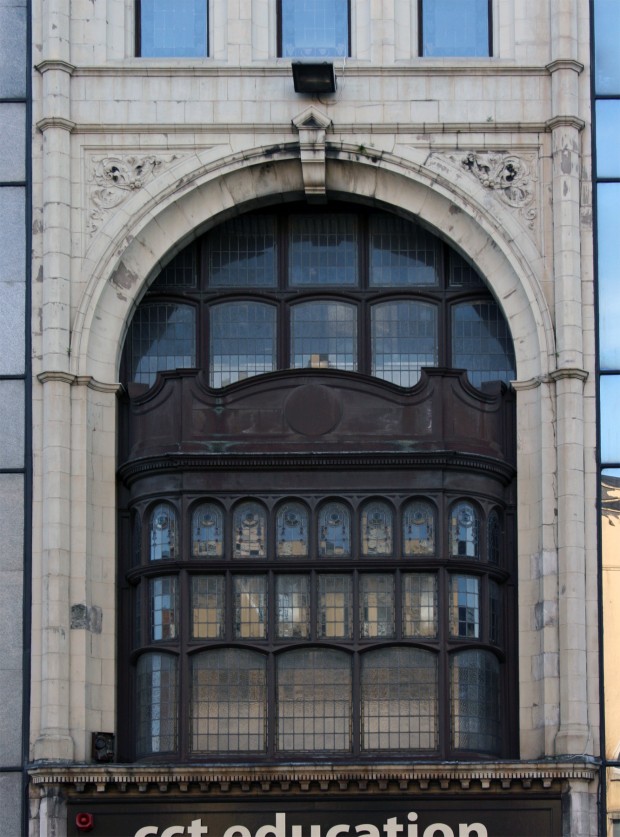 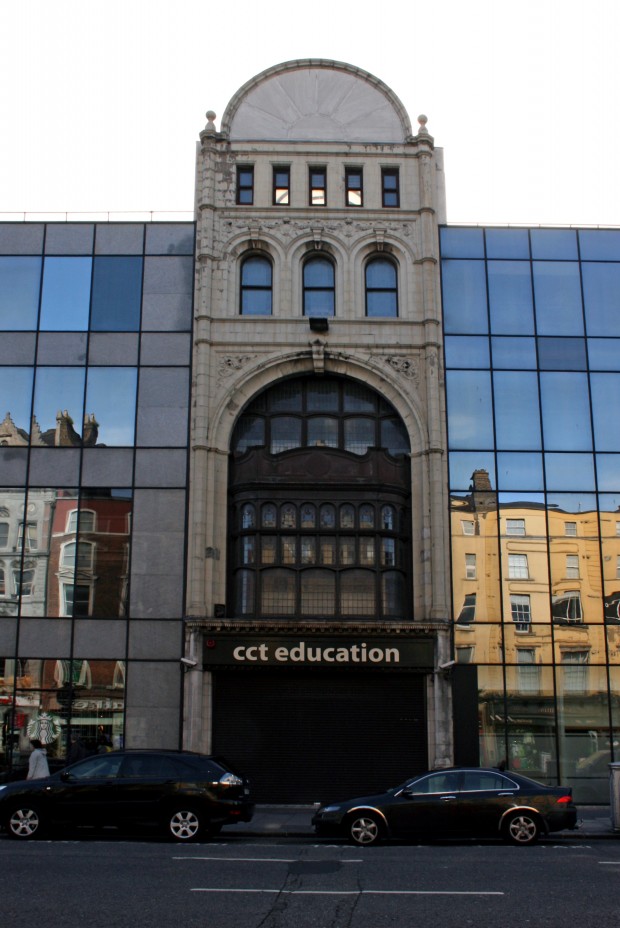 One of Westmoreland Street’s unique moments is the stretch of former Educational Building Society buildings at numbers 30-34 on the east side. There’s a 1912 building in the centre (by Frederick Jermyn of Jermyn and Fuller, for Lafayette photography studio). To its right, a 1975 block by Stephenson Gibney for the EBS, and to the left, another by Stephenson Gibney from the 1980s. Number 32 is subsumed by the blocks, and it looks like a fragment rather than a whole building due to the scale on either side, but there’s an image here on Archiseek confirming the previous condition. 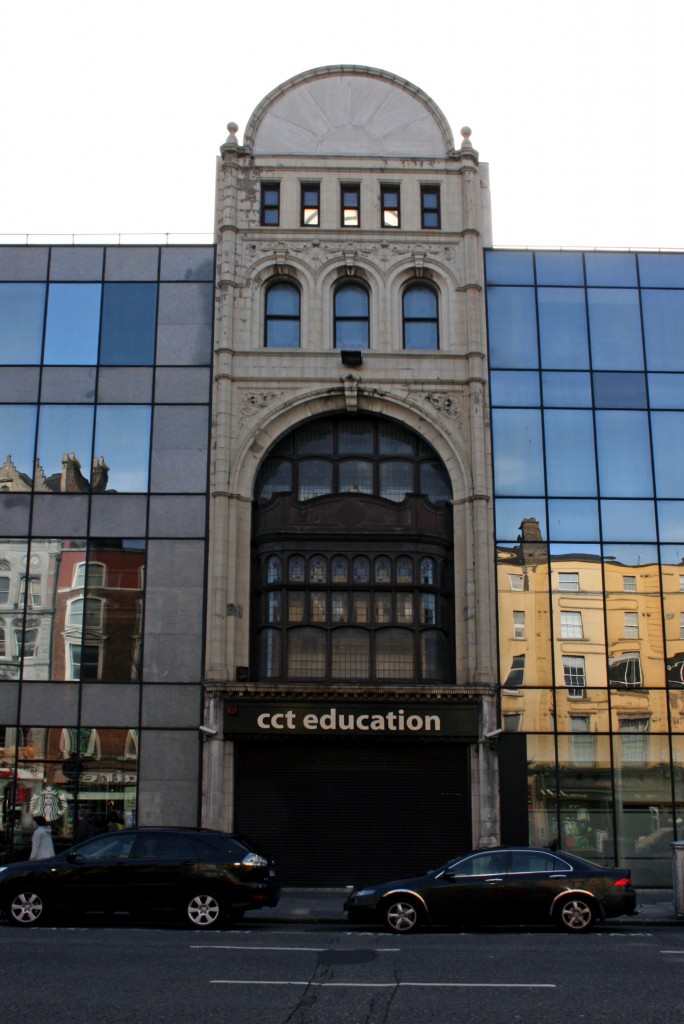 Number 32 is downright pretty, and the semicircular glass vault (visible on the satellite view) suggests the interior must be interesting to see. My favourite part of the facade, though, is the oriel window. It’s a funny condition, tucked in the recess of the arch, so it’s projecting from layers within rather than reading as just a step out from the facade. The framing and the decorative timber make it feel like a separate piece, maybe like a fireplace or a screen, with the stained glass like tiling. 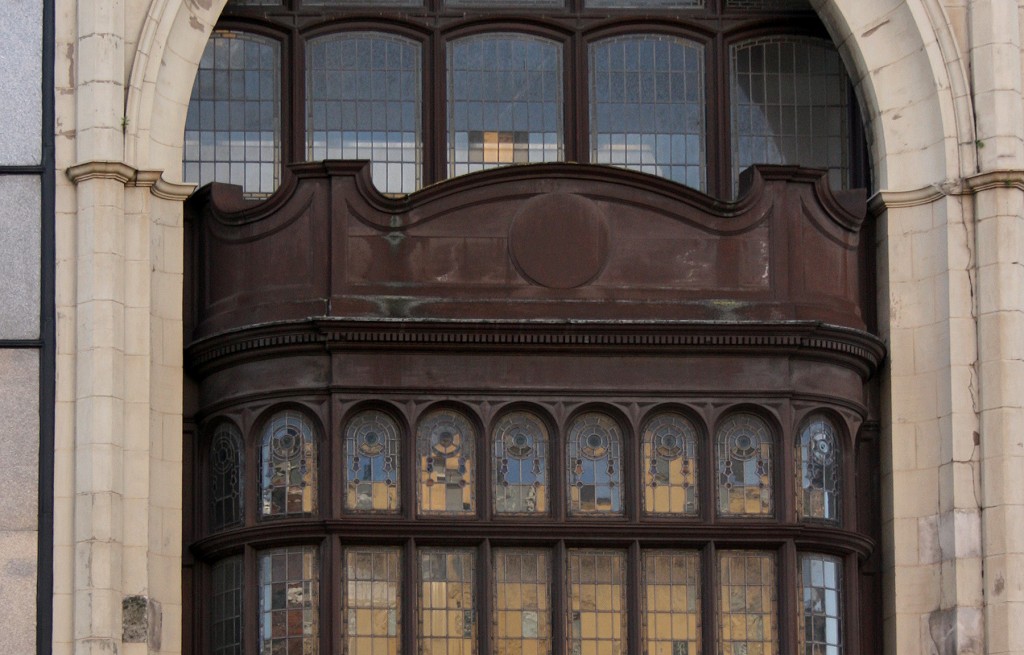 Westmoreland Street is worth a look as a case study, and I’d like to revisit it as a whole at some point. It’s one of the few streets in Dublin I will avoid walking down because it’s always aggravating, and many of the elements that make it unpleasant are design-related – some signage, some traffic, some street furniture, and some architecture. I find discussions of streetscapes can often be problematic, with diktats of taste and a lot of snobbery, so it might be interesting to see how to approach it another way.

View College of Computer Training in a larger map