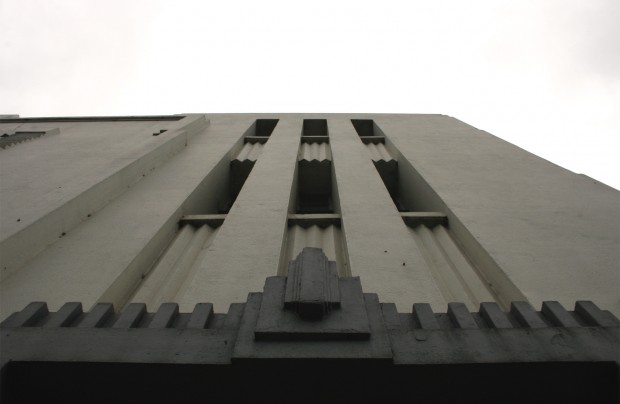 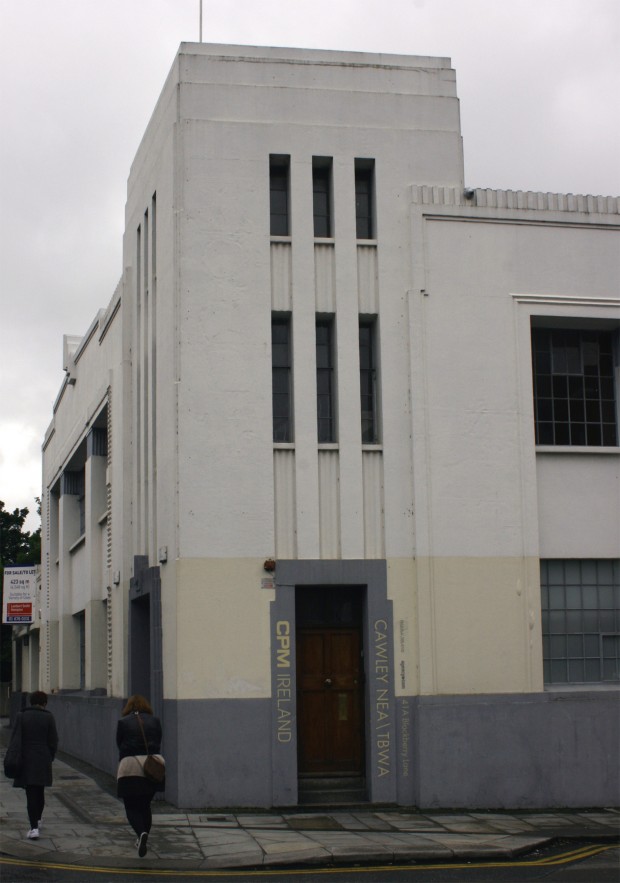 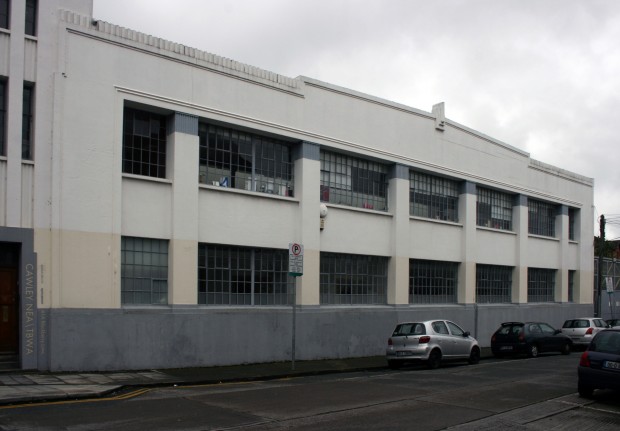 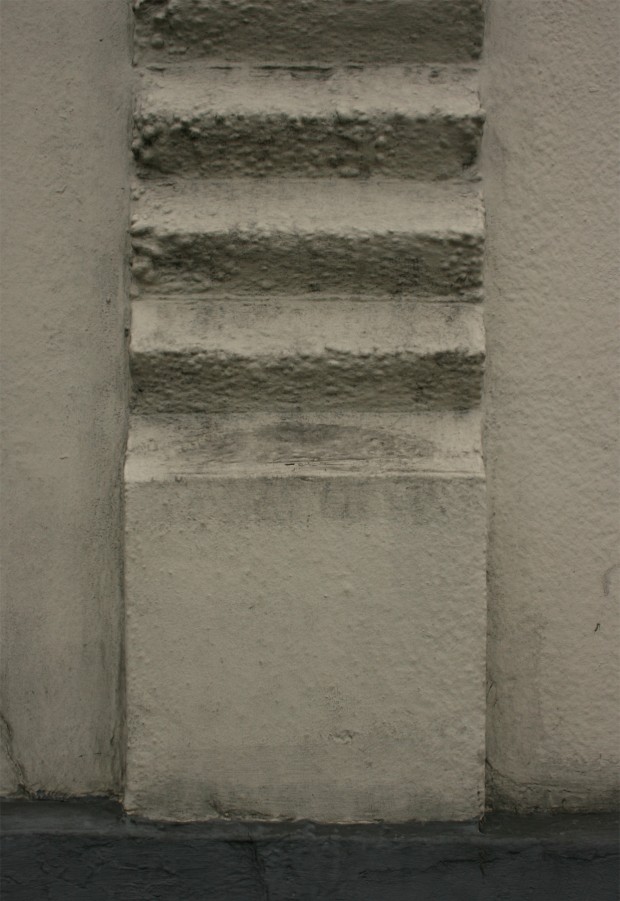 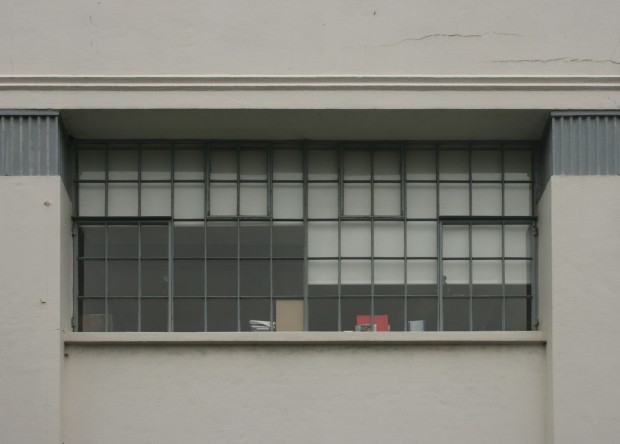 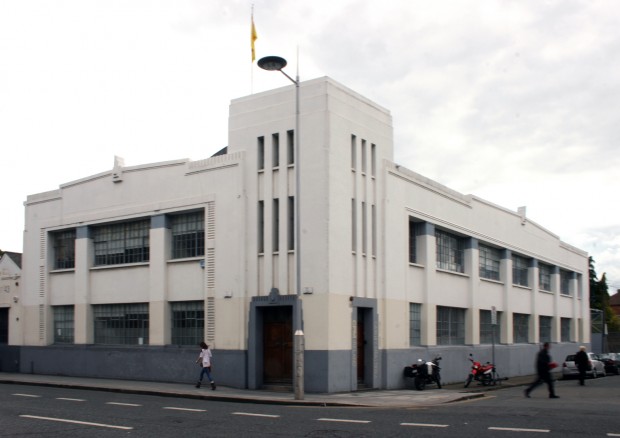 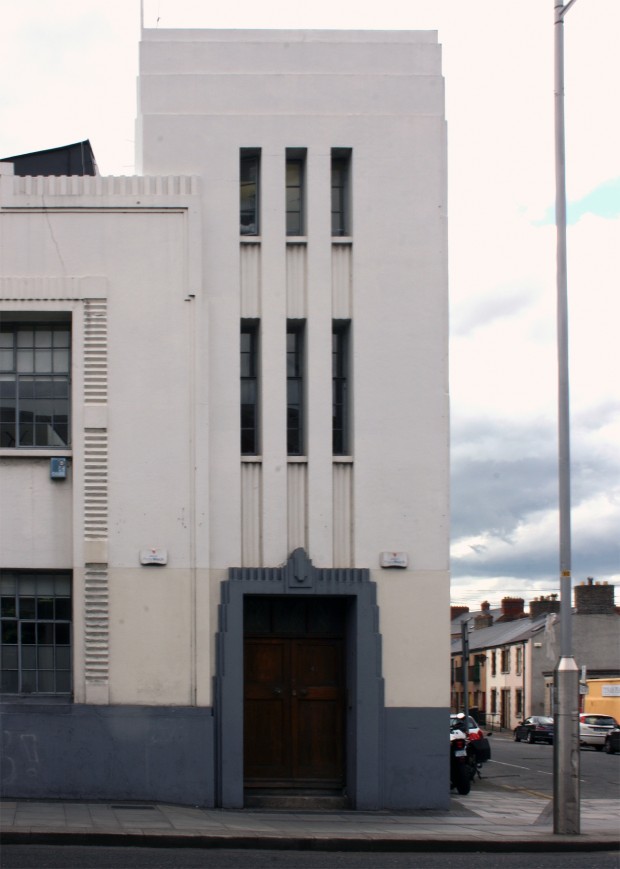 The former Kodak House occupies a prominent site on Rathmines Road, marking the corner with its two-door tower. It was designed by Donnelly, Moore and Keatinge, completed in 1930, with later modifications by William Sedgewick Keatinge (1949-51) and recent work by Paul Keogh Architects.

The facade feels quite layered. There are art deco touches like the ziggurat motif, the vertical lines on the tower, the stacked antenna-like rectangles, the small areas of fluting around the parapet and the pilasters (projecting columns), and the minimal ornament. On each street facade, the tower recedes behind the screen, symmetrical with multipane windows set deep between the thick, plain pilasters. The zigzag textures and plain bands framing the windows add further texture, and the windows reveal its past as a factory.

Paul Keogh Architects‘ 1999 project included a number of small interior interventions, including a new roof with a curved northlight that allowed a mezzanine level to be added. Judging by the interior photos (on PKA’s site, it’s the fifth project under ‘Commercial’), it looks like a gorgeous, bright workspace.