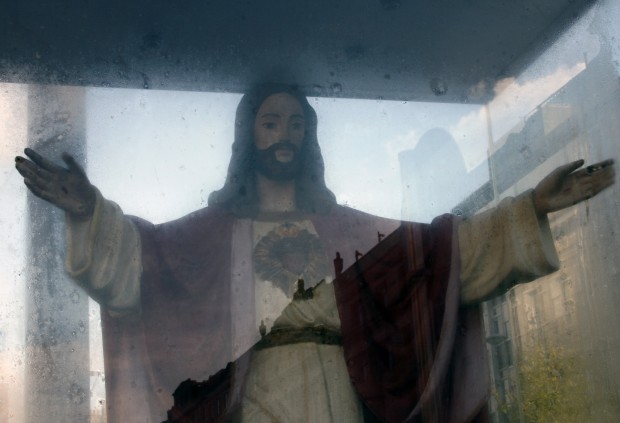 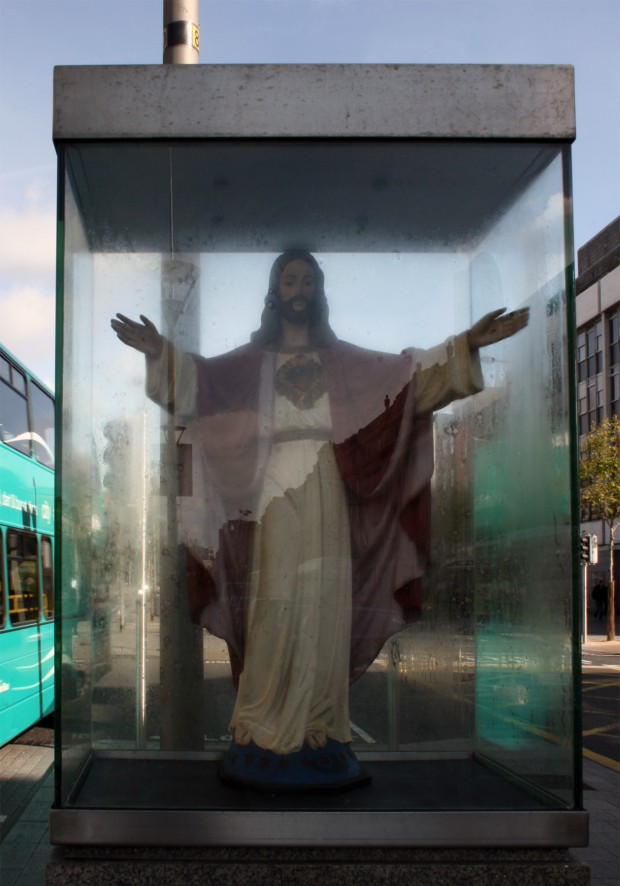 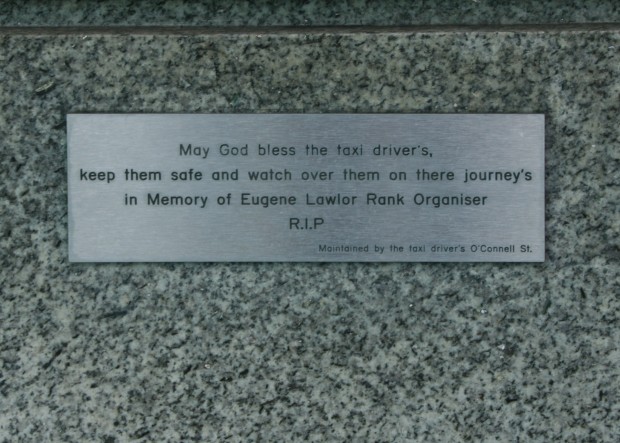 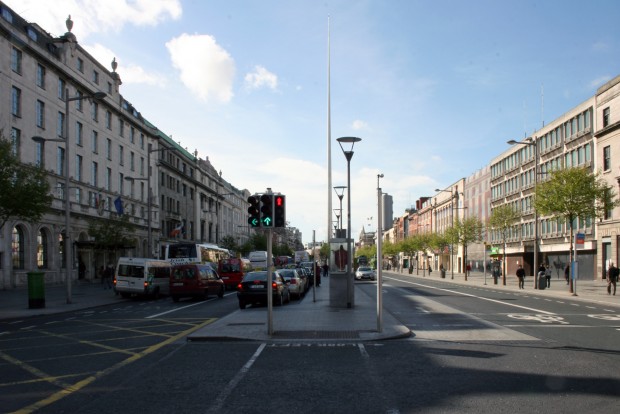 At the northern end of the taxi rank on O’Connell Street, a glass case holds a statue of Jesus with the Sacred Heart, arms outstretched. It’s made less visible by the scale of the street’s other statues along the median, scaled more like utilitarian street furniture than a large public monument.

The statue was funded by the taxi drivers in memory of Eugene Lawlor. I can’t find any further information on Lawlor, not even an obituary mentioning a driver by the name, nothing beyond the plaque’s description of the man as the rank organiser.* It reminds me of Stella Maris/Réalt na Mara on Bull Island, the sailors’ and port workers’ statue devoted to Mary as protector of seafarers, and makes me wonder if the Ringsend bus garage Mary too serves the same purpose: a point of devotion and dedication for Catholic workers (and quite possibly a point of alienation for any other workers). For the rest of us, it’s like seeing something domestic and personal brought out in public – a reminder that people are injured at work and die while working, with faith and fear in the mix of their experiences around that reality. Whether that should be part of a permanent structure in a secular country, I’m not sure, but it’s poignant to see it now in between pedestrians, taxi passengers and drivers.

* Thanks to Eoin O’Mahony for a clarification: Eugene Lawlor was a rank organiser, not a driver.