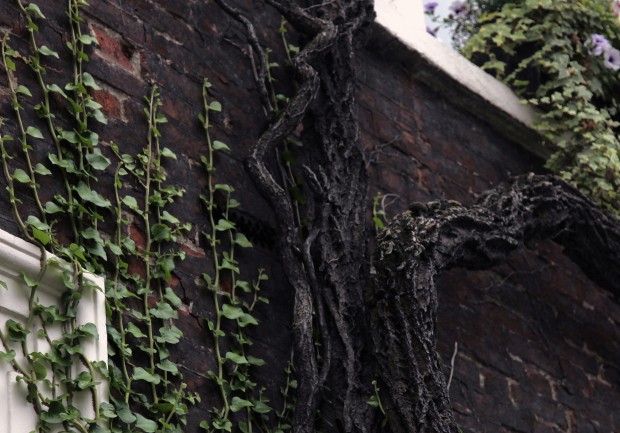 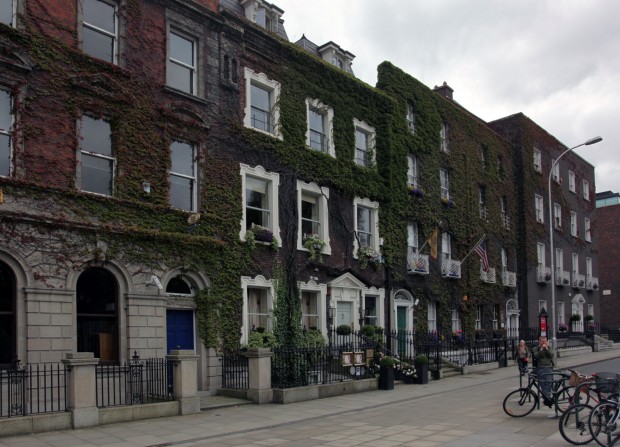 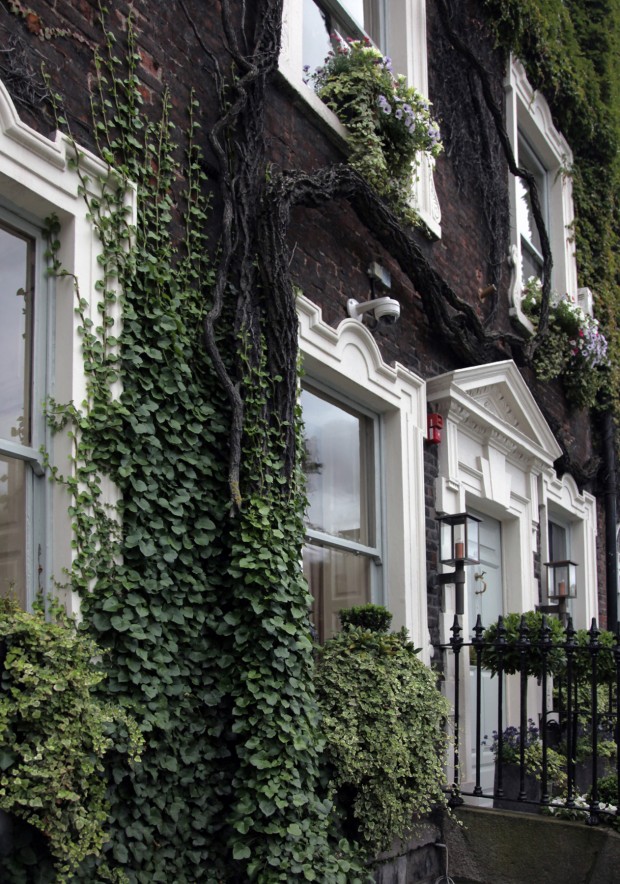 The northeastern corner of St Stephen’s Green might be the best one. It’s got a steady flow of pedestrians, but lots of space for them: on the inner park edge (with the fence stepping in to create the wide area around the statue of Wolfe Tone) and the outer built edge, the pavement gets extra wide. There’s still a lot going on, but much less chaos than the unfortunate jumble at the Grafton Street junction. Busy people rush by, but there’s plenty of space to stop on either side.

41-43 stand out from their neighbours by being particularly densely covered in ivy. Behind the railings, you can see big, thick, sinewy stems reaching down to a neat bed of soil at the basement level, with the structure still seeming small to support a plant covering such a large surface area. Ivy on a building isn’t strange (and might be a good thing, environmentally), but it’s striking here. The buildings are extremely well-maintained and wear the ivy like a stately uniform, prestige rather than just age, and the width of the corner of the square allows you to slow down or look up.