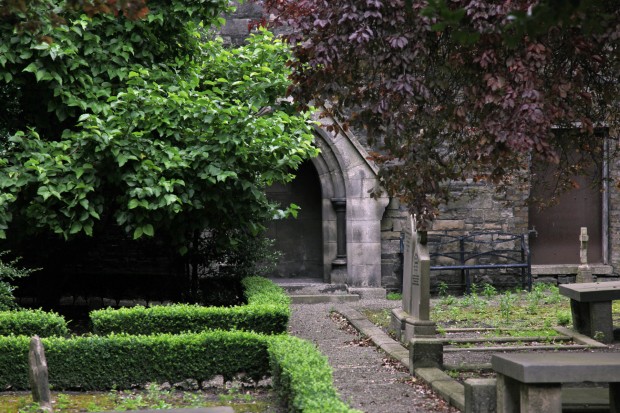 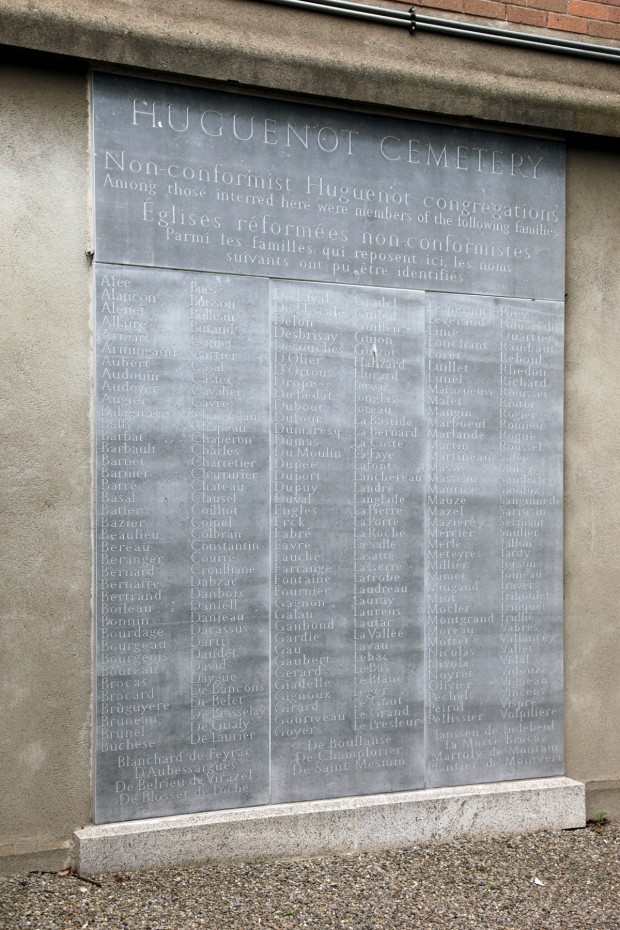 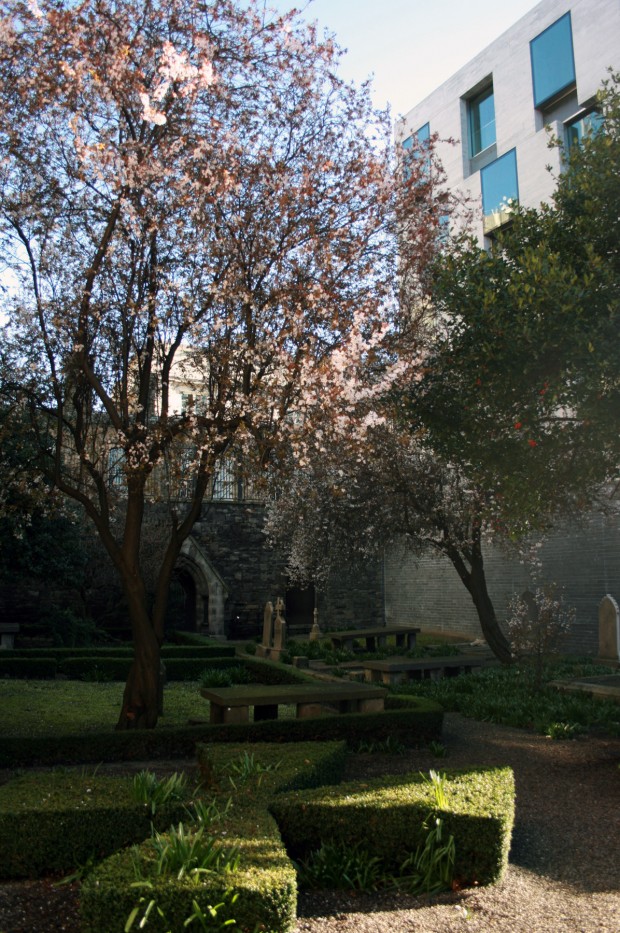 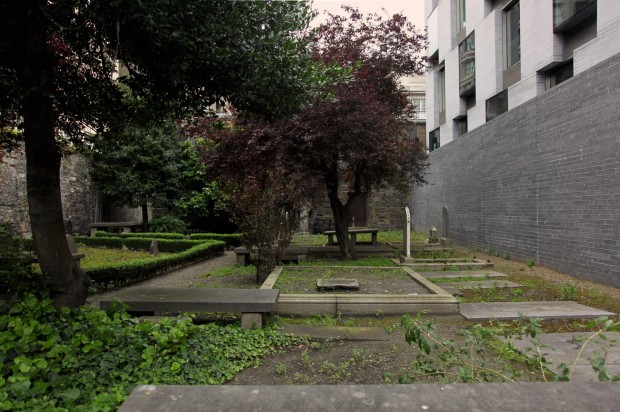 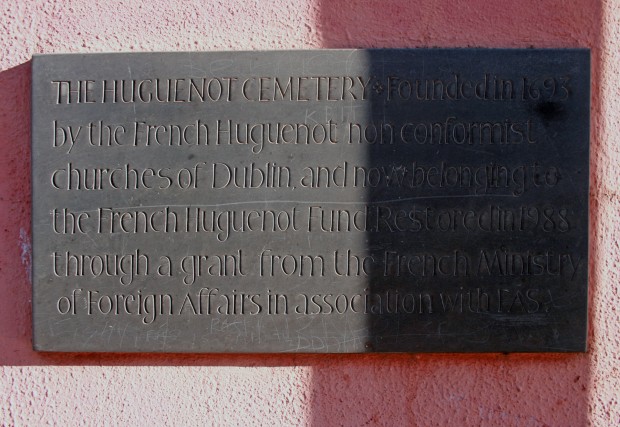 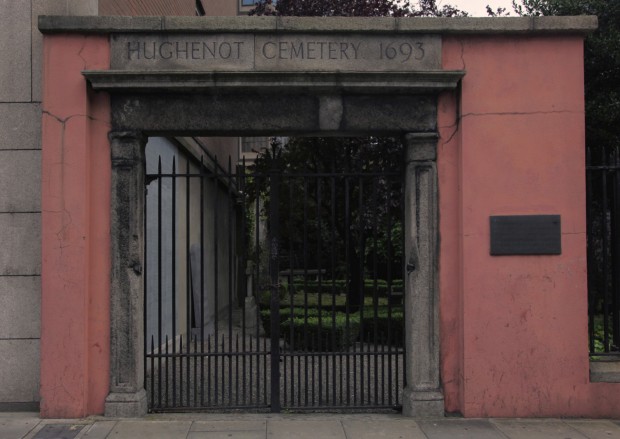 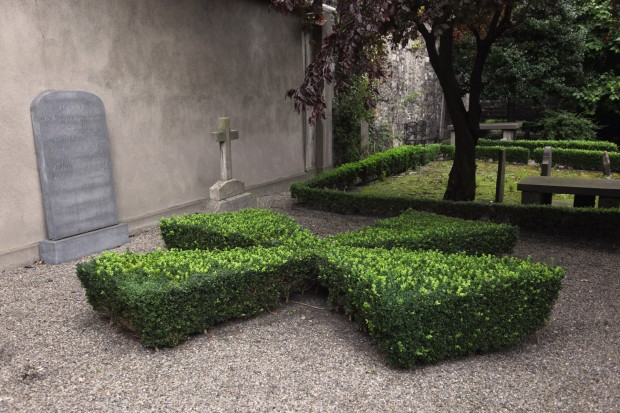 One of the most poetic places in Dublin, the Huguenot cemetery sits behind railings on Merrion Row, just off the northeast corner of St. Stephen’s Green. The cemetery dates from 1693 – the majority of Huguenots in Ireland (emigrating to escape religious persecution in France) would have arrived after the revocation of the Edict of Nantes in 1685, though some arrived earlier in the same century. Other traces nearby include the name of D’Olier Street and a memorial bell in St. Patrick’s Cathedral, where the Huguenots held services in the lady chapel. 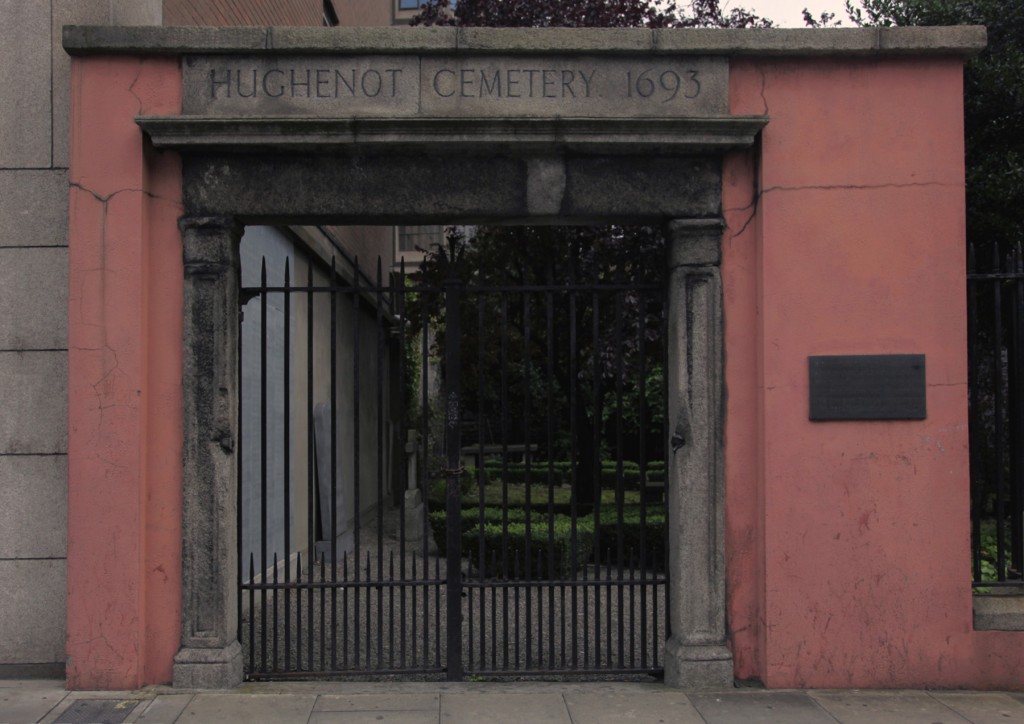 Today, the cemetery sits between the undistinguished Huguenot House (on the left) and the Department of Finance (on the right), with the Department of Agriculture and Government Buildings in behind. The Huguenot House facade onto the cemetery is relatively closed, while Grafton Architects’ magnificent Department of Finance (properly known as 7-9 Merrion Row and the Billets, completed in 2007) manages an admirable balance in respectfully addressing its neighbour without hesitancy. 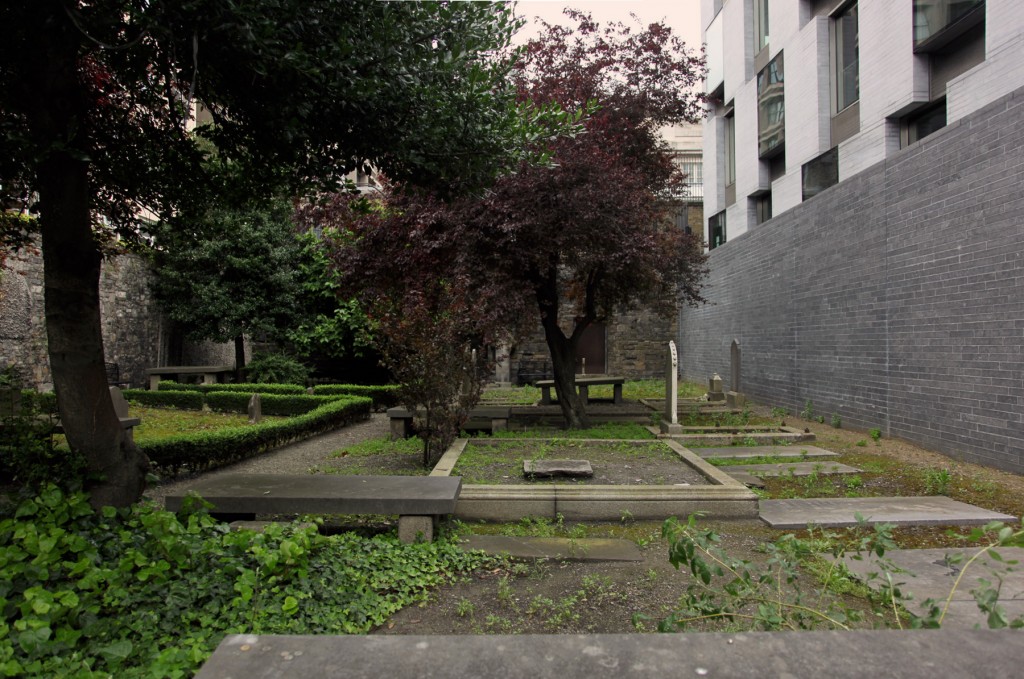 For me, at least part of the romance of the cemetery is that it’s genuinely inaccessible. There’s potency in many cemeteries, the mix of memorial and death and trees and the smell of damp leaves underfoot, but walking through allows the satisfaction of experiencing the emotions and engaging with the place. Here, it might as well be a dream or an imagined place. It’s also long out of use for new burials, no families inside tending graves (though it’s kept by Dublin City Council, following a significant clean-up around the late 70s or early 80s) – no ties to reality interfere with it being set adrift into the past. 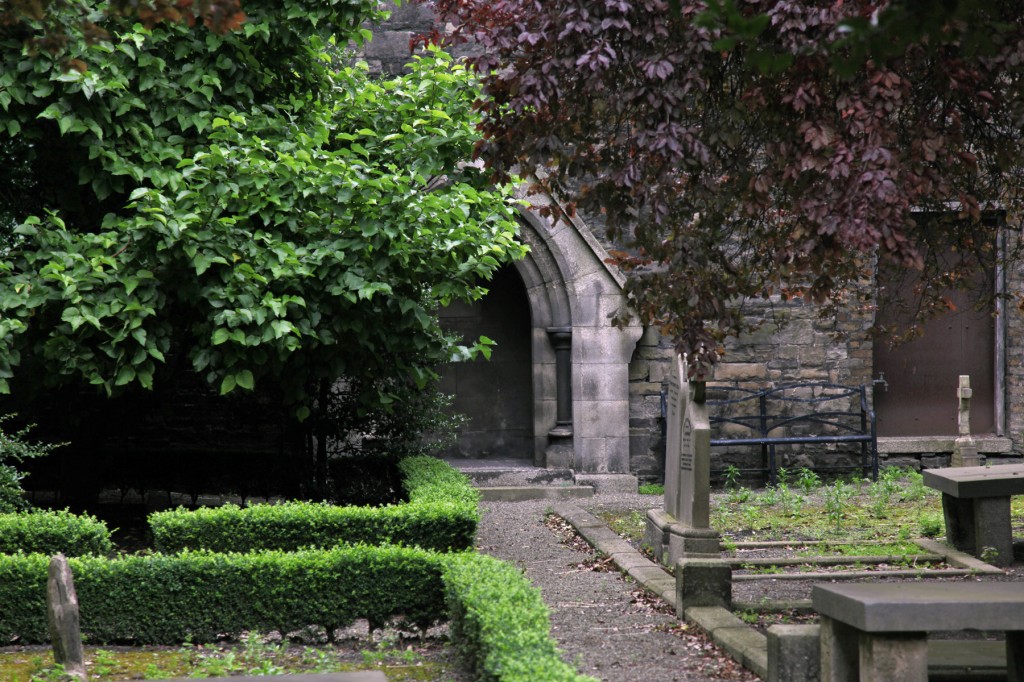 As a pocket of the city, it seems like one of those rare sites that could sit equally in any context, or at least maybe any context that’s not noisy. Usually, there’s someone peering in the gate reading the list of names or photographing through the railings, like the cemetery draws us in without too much concern about the city beyond.