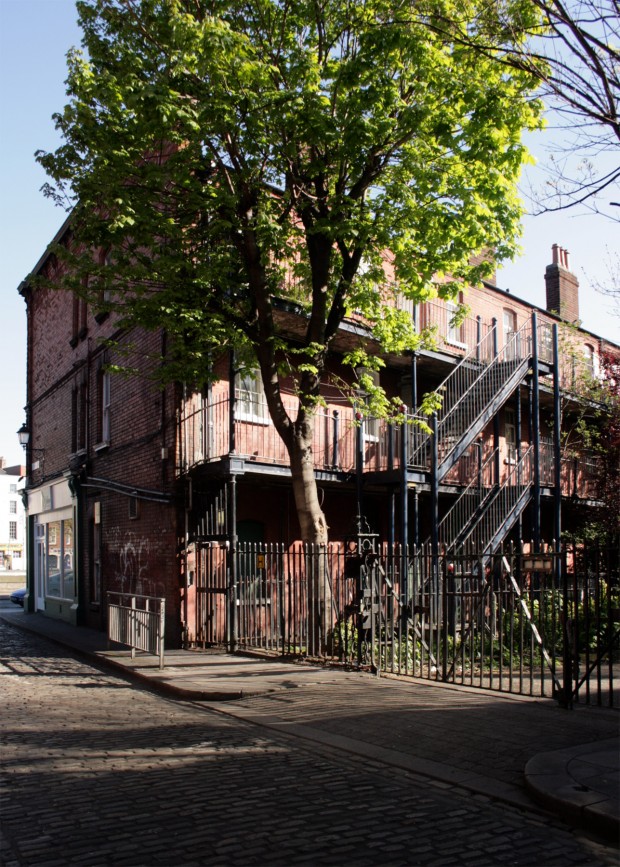 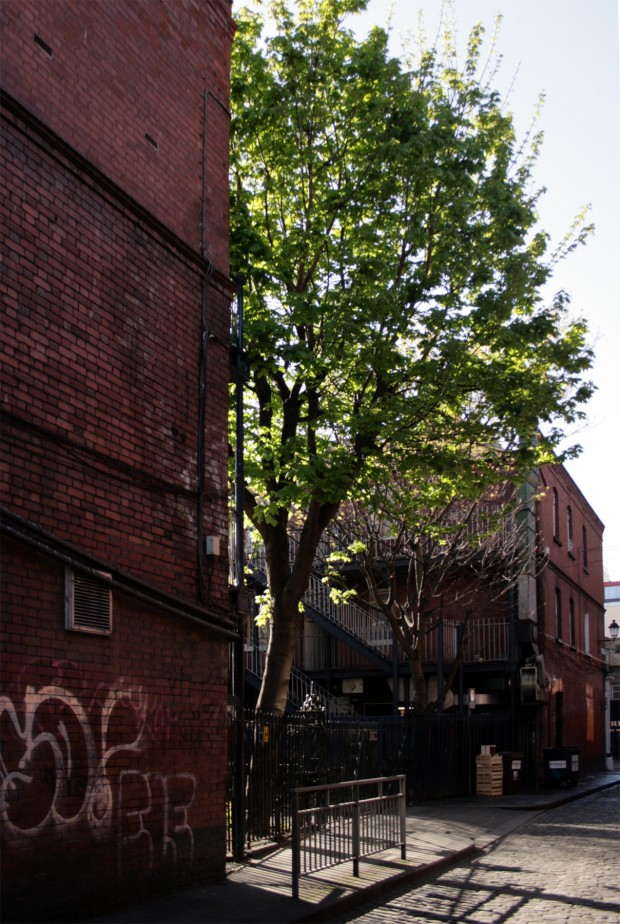 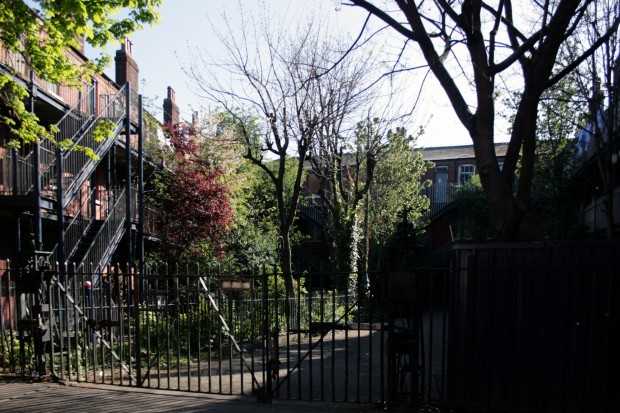 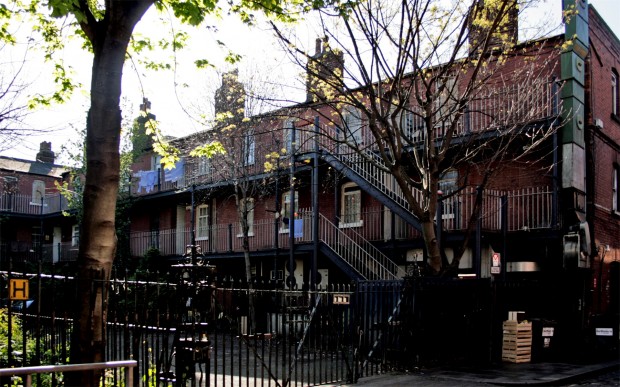 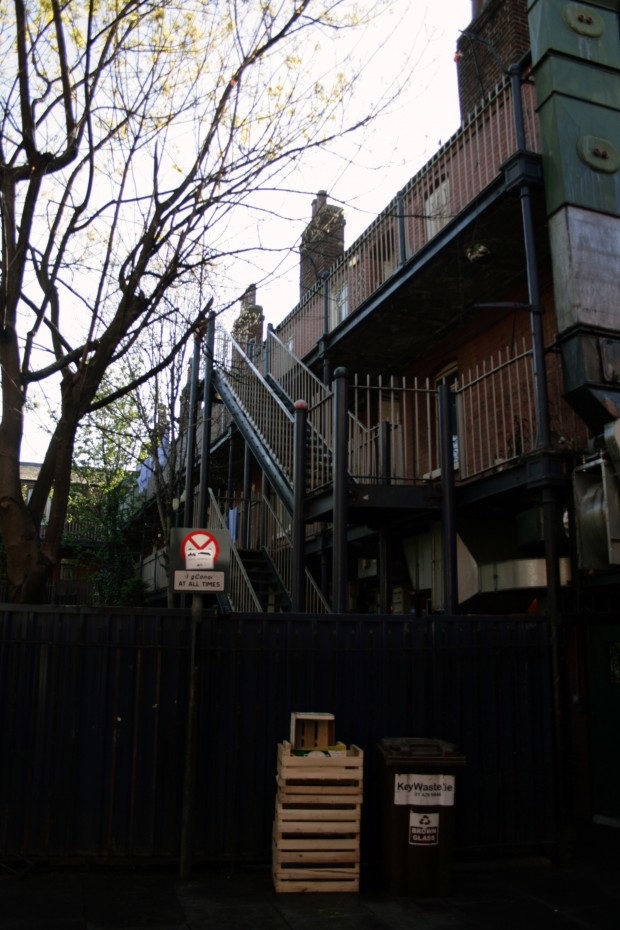 Asdill’s Row manages to be nearly invisible in Temple Bar, somehow passing as if it’s just the back of a lot of things. It stretches from Crampton Quay to Temple Bar (at the corner of Elephant & Castle), and the east side is dominated by Crampton Buildings.

There are 54 flats, 27 each across the first and second floor levels, built in 1891 by the Dublin Artisans’ Dwelling Company. It’s very a rare incidence of surface car parking in the city being an attractive feature, but it really is here: framed by the railings of the stairs and decks above, and with planting and mature trees making it almost parklike, the ten parking spaces enclosed by the block just look modest and pragmatically urban. (Very likely, it’s because there are so few.) There’s also the romance of unadorned metal stairs, recalling thousands of New York apartments in thousands of films, and transposing that to a Victorian building in Dublin is strange and compelling.

Crampton Buildings (which is a protected structure) is being refurbished by Dublin City Council, with much-needed repairs and upgrades to services, as well as addressing significant fire safety issues. Reports as recent as the end of March show some residents refusing to move out over concerns that they will lose amenities or that work will take longer than two years. It’s a beautiful and unique block in the city, so hopefully there’s a satisfying resolution that allows it to be made habitable again for its residents.