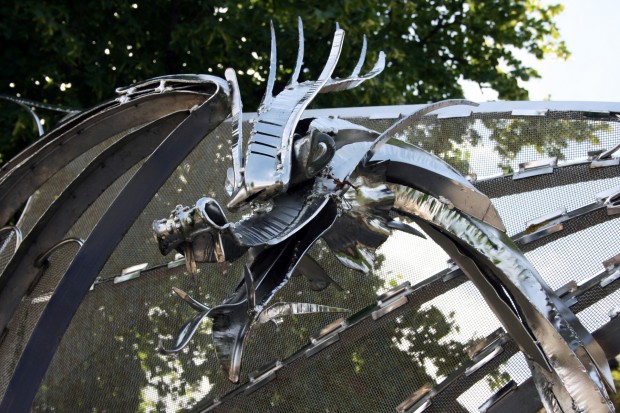 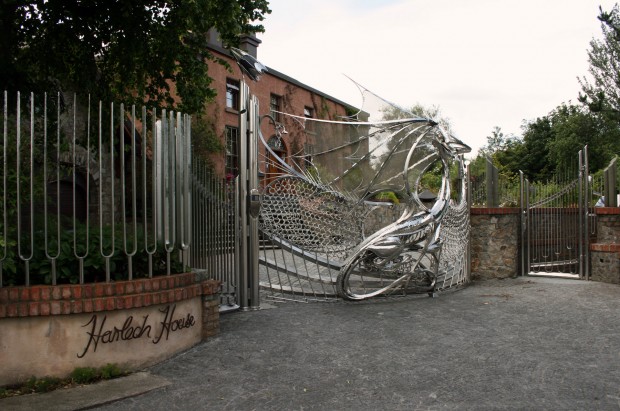 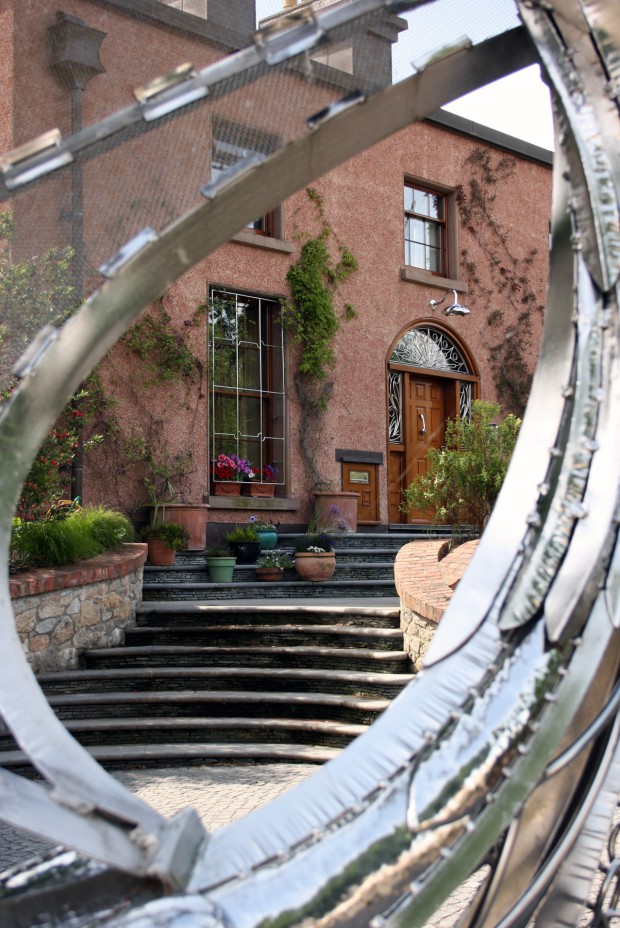 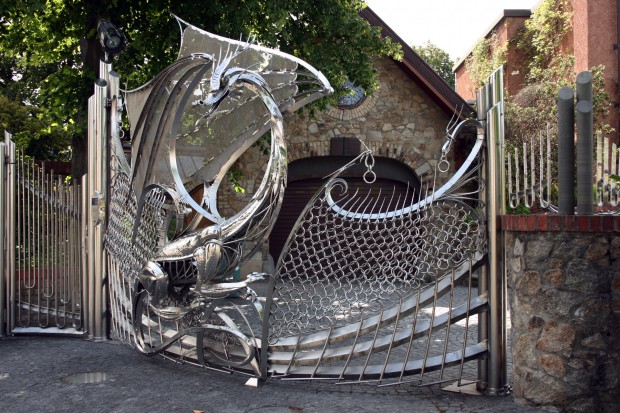 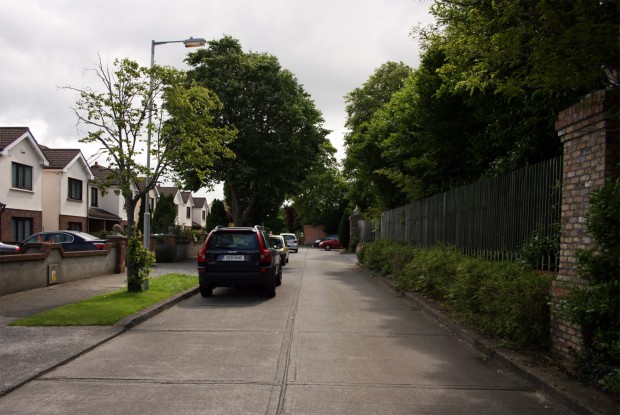 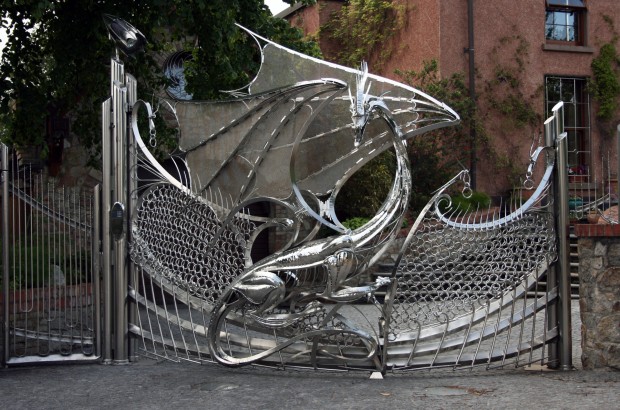 Unless you’re visiting someone, there’s rarely much reason to go down a cul de sac in a suburban housing estate. Maybe there’s bins, cars, some underused green space, or a close-up view of a gable end. Probably not dragons.

Sometimes dragons, though, big stainless steel ones. Harlech House is hidden down a quiet road in Goatstown, facing some extremely ordinary houses and giving itself away with the tuning-fork railings: 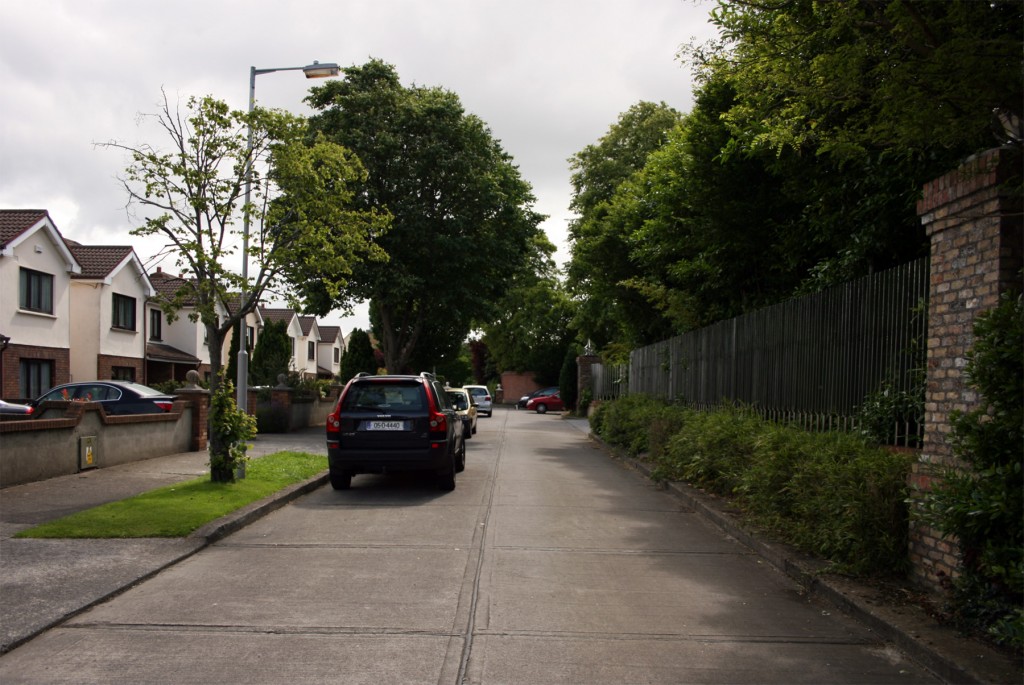 The house (originally 1798) was redesigned in 1993, incorporating Christian motifs and work by glass artists, blacksmiths, mosaic makers, masons and joiners. The gates were inspired by the owner’s Welsh background (and he shuts down any suggestions of a teenage metal fan), but they begin to look quite subtle when you see the interior.

It’s clearly done to a good finish and at great expense, but to such very particular taste. The house was up for sale last year and it’s hard to imagine that there’s a huge intersection between the house’s fans and people with €2.75 million to hand. When it popped up on Twitter last week, I started thinking again about the near-physical revulsion I feel about something like Hundertwasser‘s work, and at the same time, the oppressive (and status-related) uniformity of taste in the suburbs, the year everyone repainted the hall from biscuit to mushroom and replaced the conservatory with a sun room. It’s great to see that someone has the means and opportunity to immerse themselves in an aesthetic they love. It’s also great not to be the people living beside it.