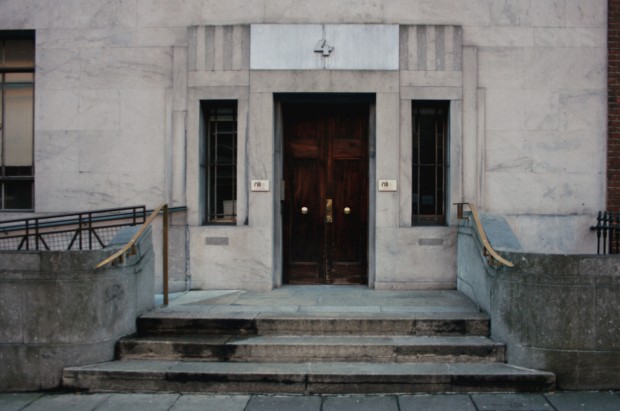 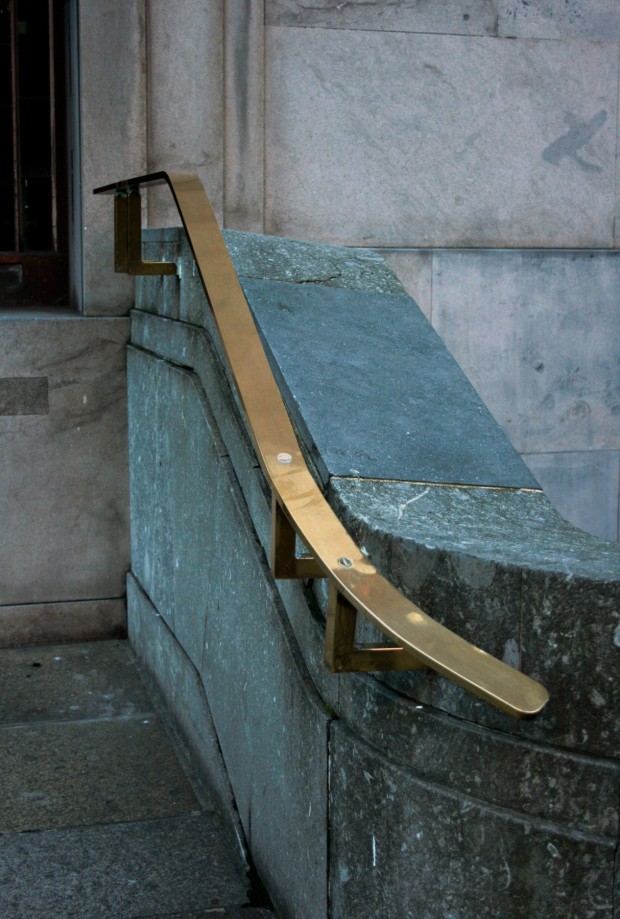 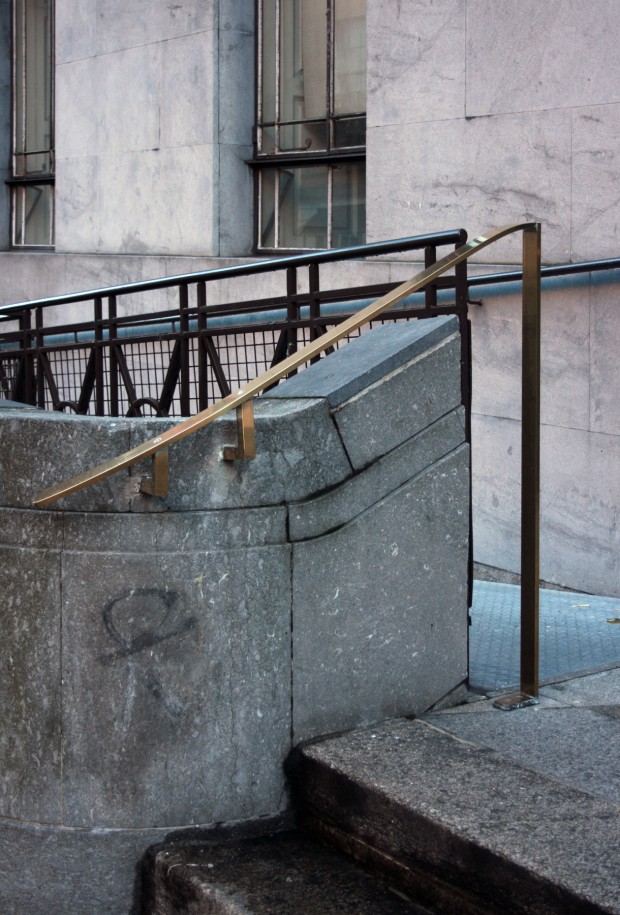 The variety in the buildings housing the National Library on Kildare Street* is quite charming: the grand spaces of the main building, the imposing block of the former Kildare Street Club, and the administration building behind its art deco facade at 4 Kildare Street. Though there are undoubtedly institutional frustrations in being divided between buildings, it’s visually interesting and feels rooted to the city’s form, facilitated by what appears to be a laneway running within the depth of the block.

Number 4 was originally constructed in 1748, but the current limestone front was added in 1936 by Frederick Hayes, apparently retaining its original interior to the present day.

The facade is worth revisiting in future, but walking along Kildare Street regularly, I’m always drawn to the handrails on the steps to number 4. I’m not sure when they were added, but the curve of the rail at the lower end is very satisfying, like an arm movement in ballet presenting openness with total control. Brass, too, looks good against the stone: luxuriant but not showy, kept well-maintained above the dirt and stains of city pavement.