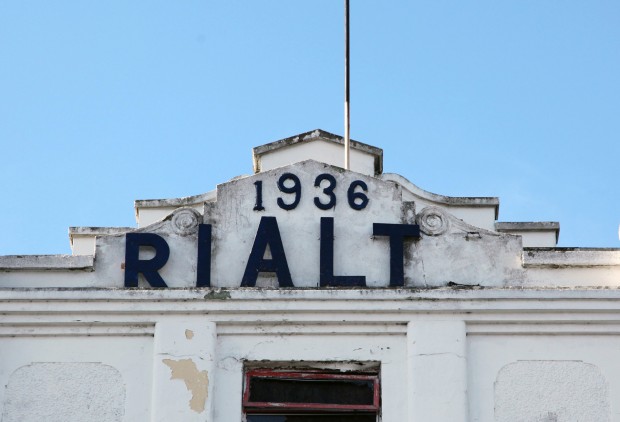 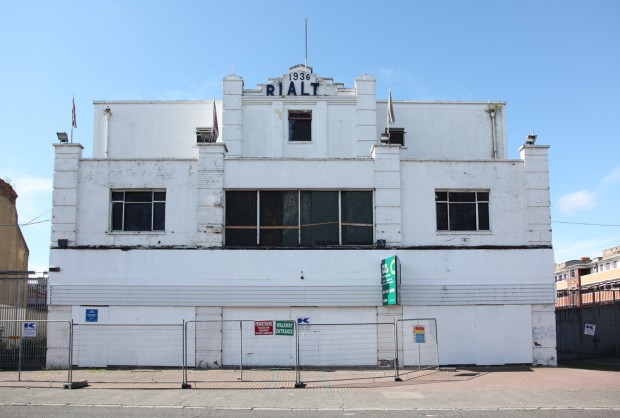 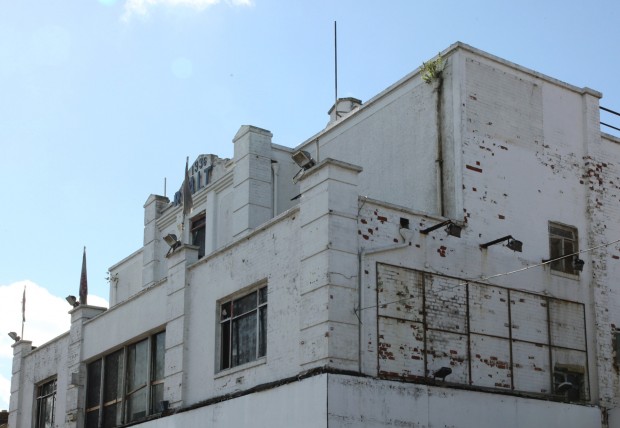 The 1600-seat cinema at Rialto opened in November 1936, with the Irish premiere of Everything is Rhythm as its first feature. It closed in late 1970 or early 1971 and was taken over by Windsor Motors as a car showroom, and it’s currently up for sale as a site for development. The cinema was designed by Frederick James Macaulay and was described at the time as “one of the most original and attractive schemes, combining outline, character, comfort and beauty with the dignity and strength of modern architecture.” (The Irish Times, 6 November 1936, p.3)

It’s not a particularly special building in terms of architecture – the stepped motif along the roofline and on the pilasters gives it an art deco style, a definite suggestion of modernity that fits with the excitement of cinema – but its position and size guaranteed it would be a landmark. Even in the Rialto’s current state and the ‘o’ missing, the name and the sign still seem a little bit exciting and glamorous. The facade was mostly in brick during the cinema’s heyday, with white areas on the upper level as a backdrop, and the entrance signage projecting out over the ground floor added a third layer of depth.

The cinema is a tempting building type for nostalgia, given that it was built for entertainment, fantasy and romance, and even the more homely examples look beautiful as a result. It’s striking to think of 1600 people fitting at a screening (with the balcony only slightly overlapping the ground floor rows) and it gives a sense of what a huge white elephant the building is when it goes out of use – big enough for a car showroom, and big enough to be a large, ominous void when it’s empty.