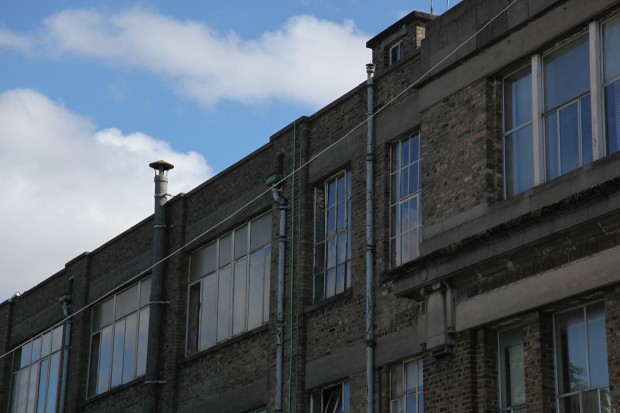 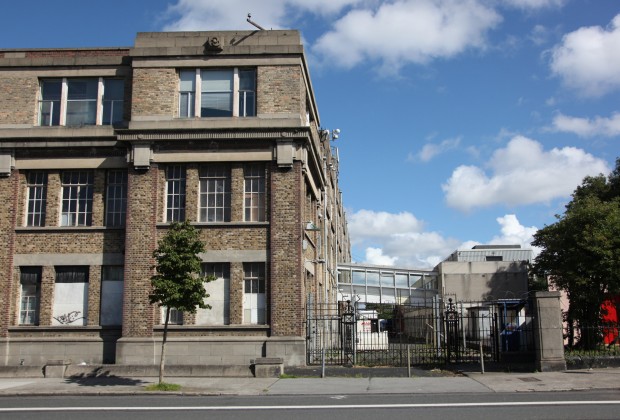 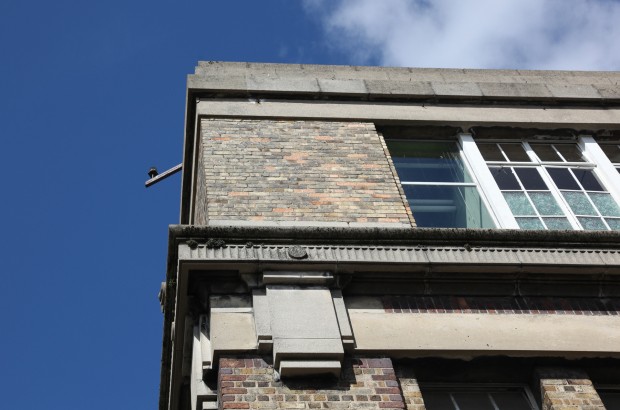 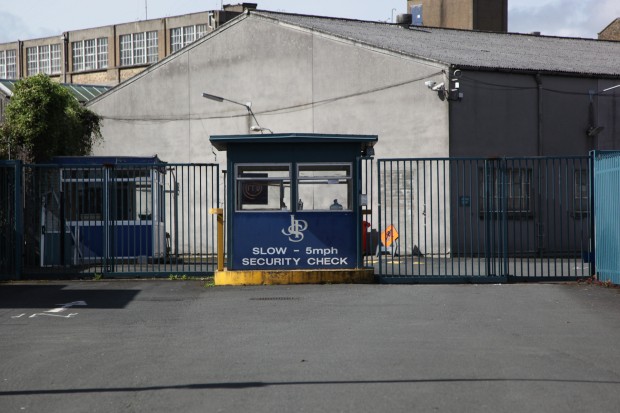 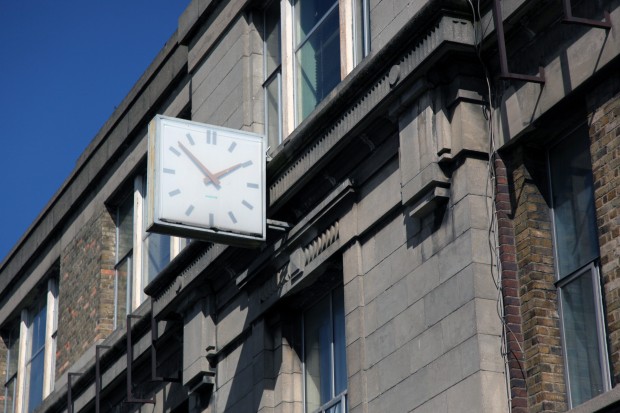 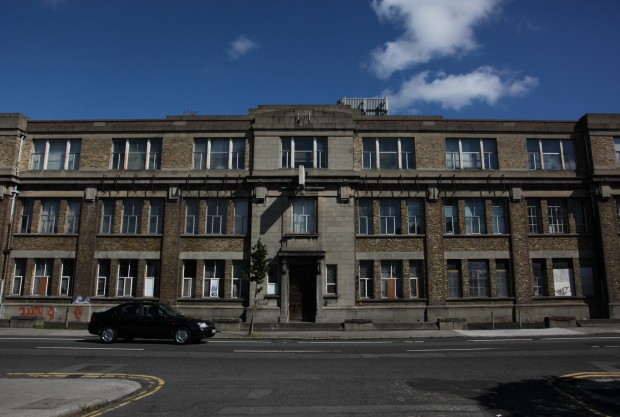 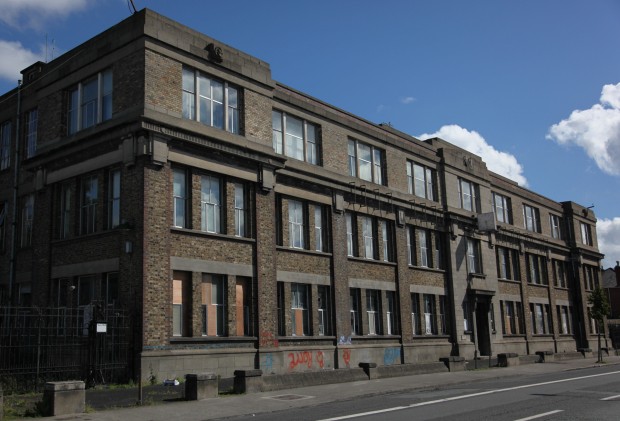 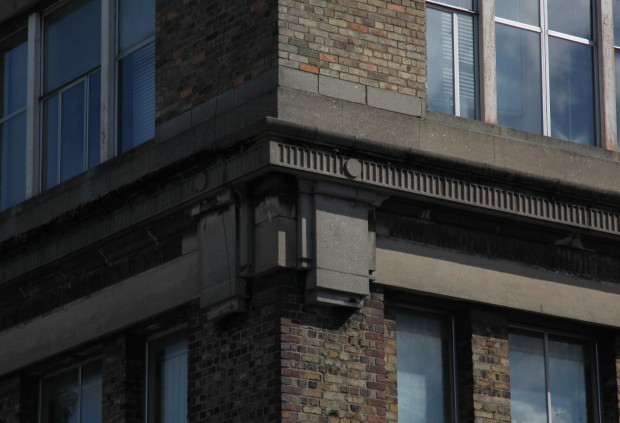 Built in 1935 as a factory for Player Wills tobacco, the building remained in use until European restructuring moved manufacturing out of Ireland in 2005. The original building was designed by Beckett and Harrington (who did a strong trade in bank and factory buildings, in particular), and they appear to have also carried out the addition of a staff restaurant in 1949, though not the expansion in the late 1960s to absorb the Player factory at Glasnevin. 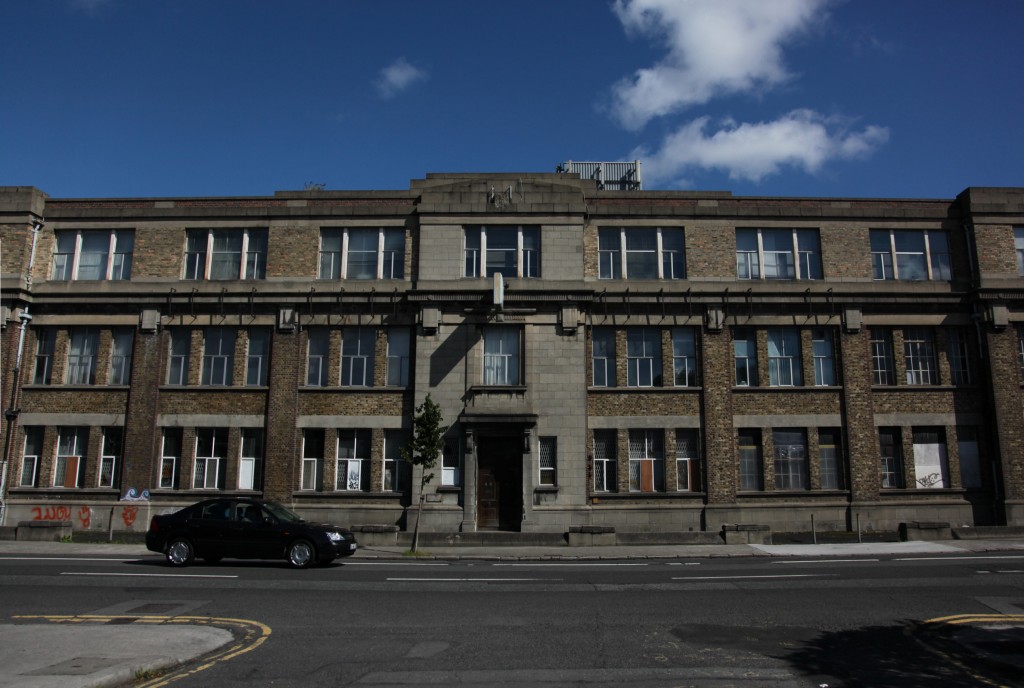 You can almost see the alternate realities branching from the site if you examine its recent history. It was to be developed (along with the adjacent former Bailey Gibson premises) as Players Square, a residential, retail, and community project involving Gerry Cahill Architects and Newenham Mulligan Associates, including a 28-storey skyscraper at one stage. It was also proposed, again with the Bailey Gibson site, as part of a very credible plan for the National Children’s Hospital to be located beside the nearby Coombe Hospital. In addition, more land is going to be freed up during the redevelopment of the flats at St. Teresa’s Gardens (spot the 12 subtle blocks on the map below), making it an even larger potential site. In the interim, as far as I know*, it’s just sitting there. 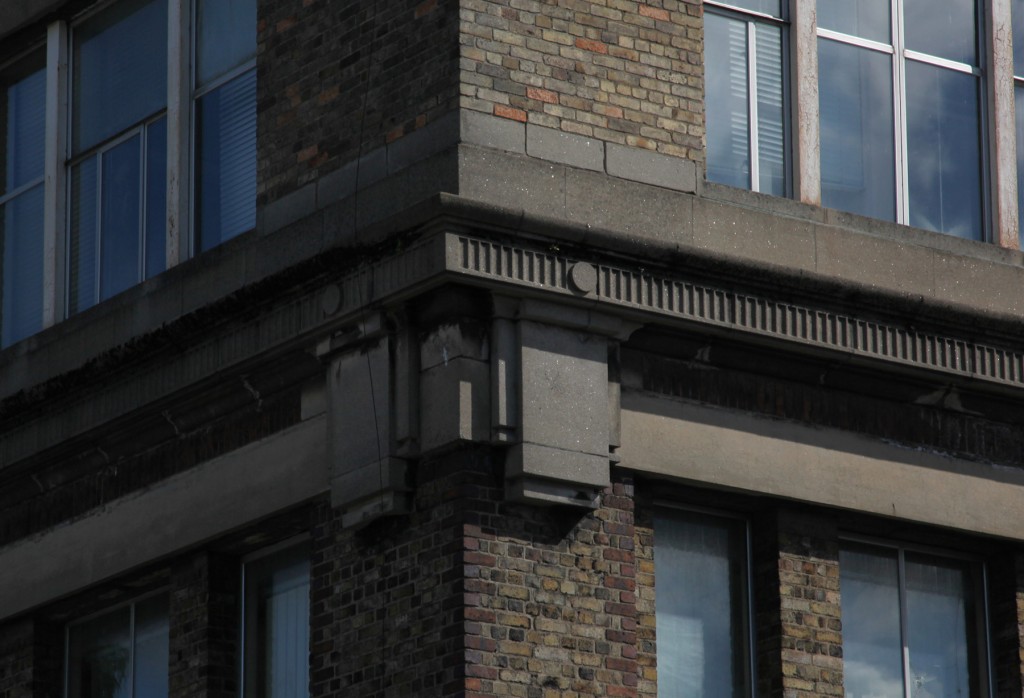 The building is clad in yellow-brown brick and cement render. It’s nine bays wide, projecting forward on the first, fifth and ninth, with the entrance in the centre. Though wide and only three storeys tall, the top level is above the substantial entablature and is much flatter than the lower floors. Up to the entablature, each bay is framed by brick pilasters, met at the top by a chunky rectangular ornament that seems like abstracted draping. The frieze is fluted within the projecting bays – it’s not end-to-end so it reads like stamping a pattern, to me – with disc ornaments, and plan in between. 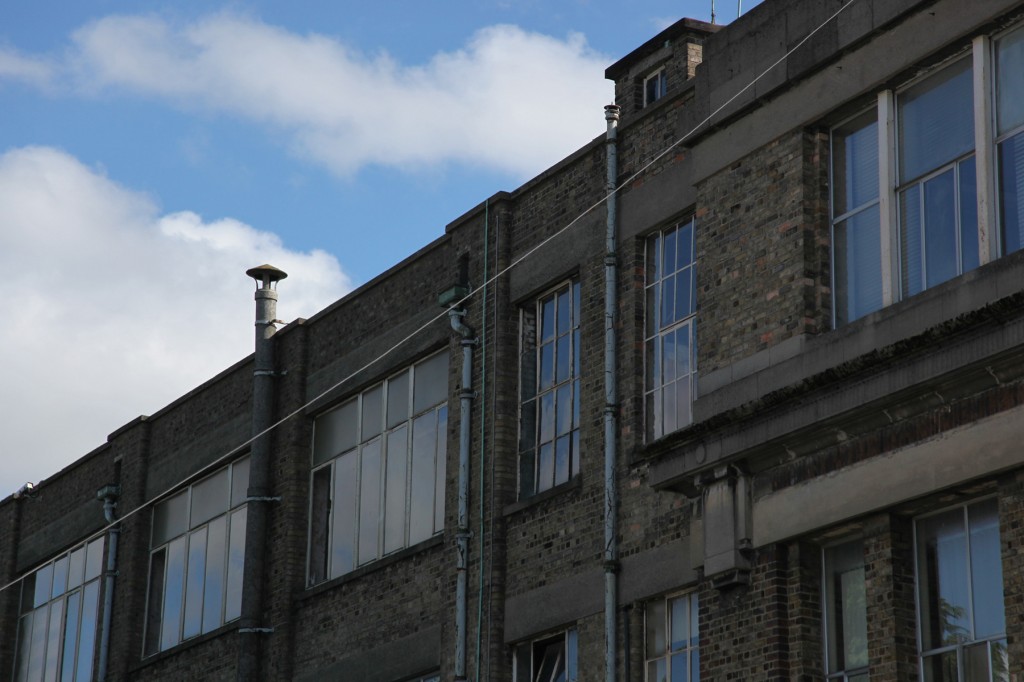 My only interaction with the factory was through the small theatre in the complex (I think we accessed it via Donore Avenue or by that side). Presumably not the highlight of the theatre’s life, but my ballet class used to have shows either here or in the Rupert Guinness Theatre (by the brewery, on Watling Street), and they seemed like huge, complex places with adults world going on behind the chimneys and windows. I’m sure earnest kids in leotards don’t perform in buildings named for cigarettes and booze much any more, though it’s a funny combination in retrospect. 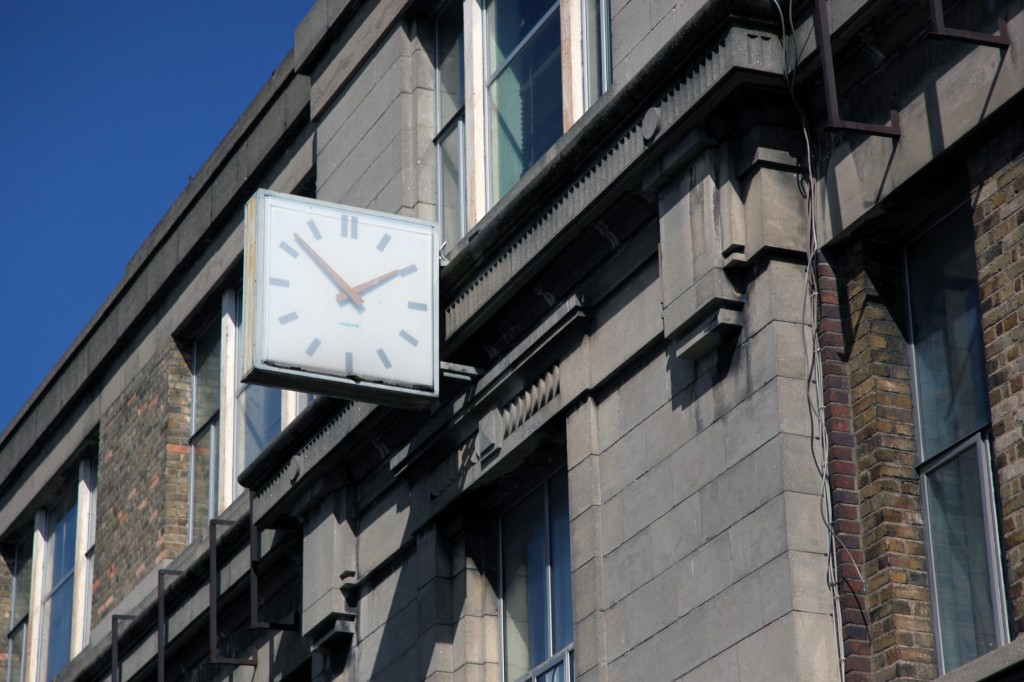 As you might expect, the clock is no longer accurate – about three hours fast, according to EXIF data – but I absolutely love the circle of marks within the square face, and the double-line marking for 12/0. 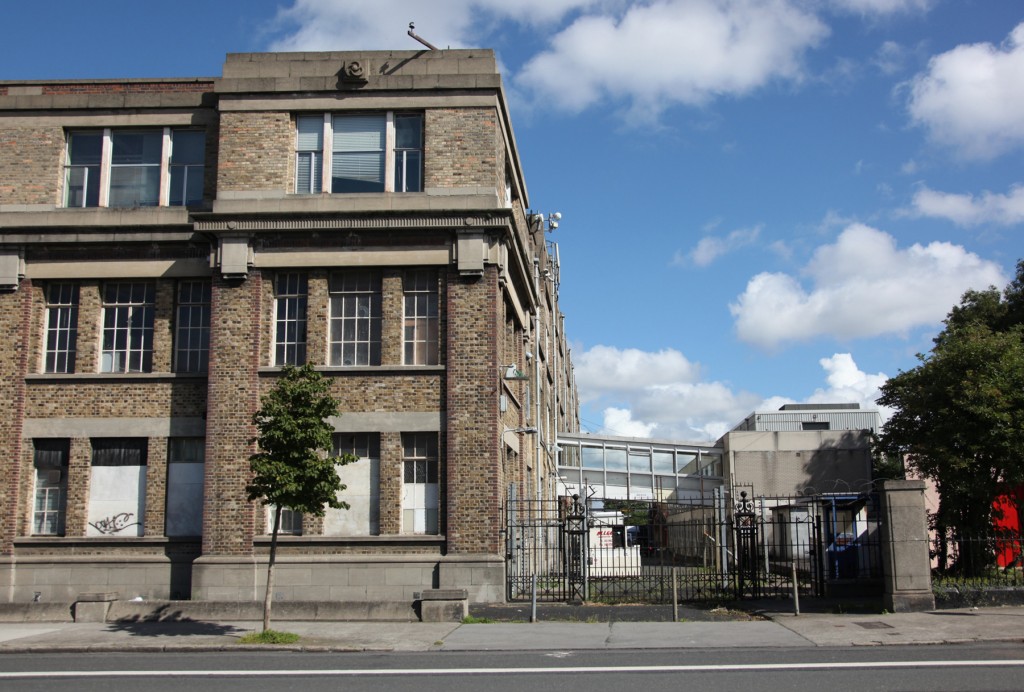 On the South Circular Road side, the entrance is beside a small guard hut with blue doors and railings. There’s another small hut to the rear, at the Donore Avenue car park entrance, which I like even more. Single-serving buildings, especially in a good colour, are very hard to resist. 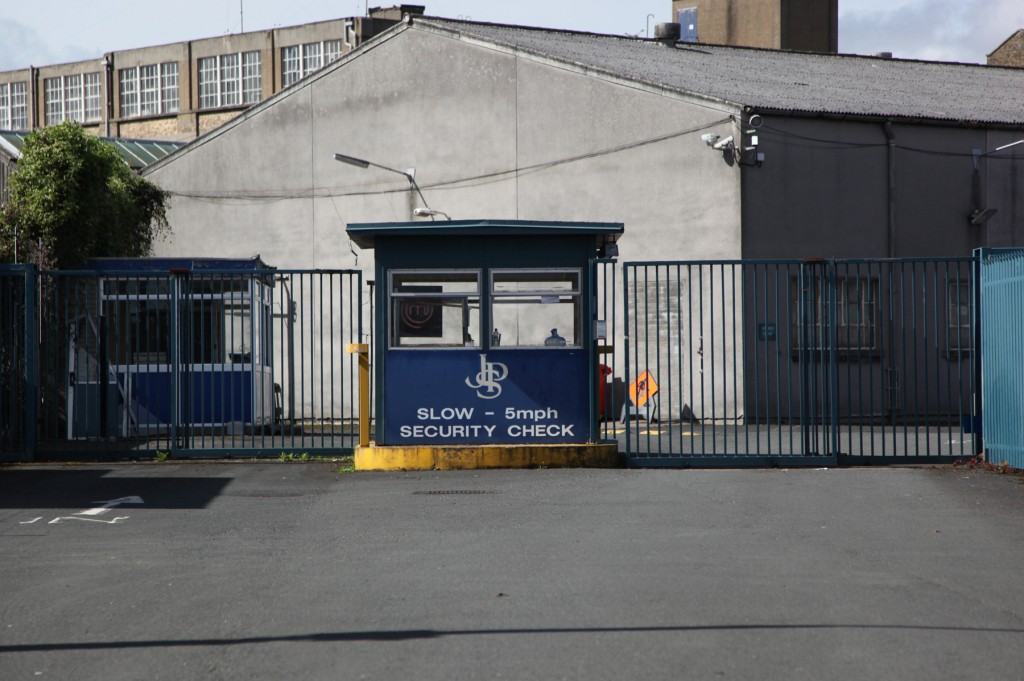 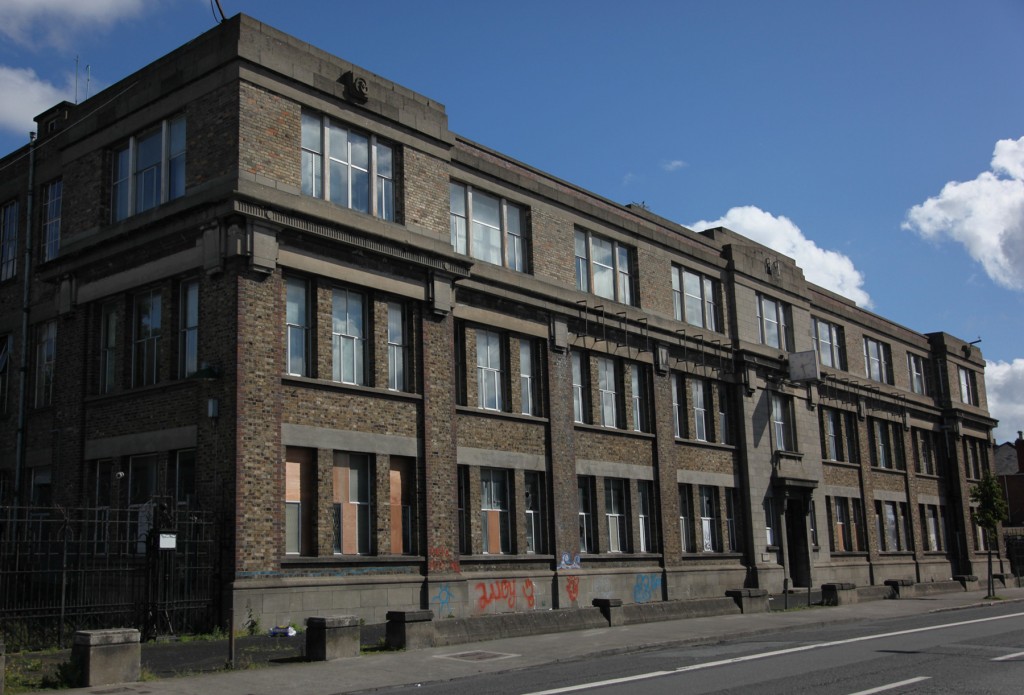