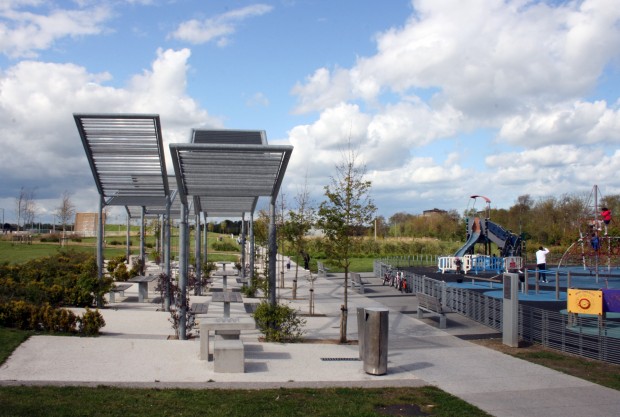 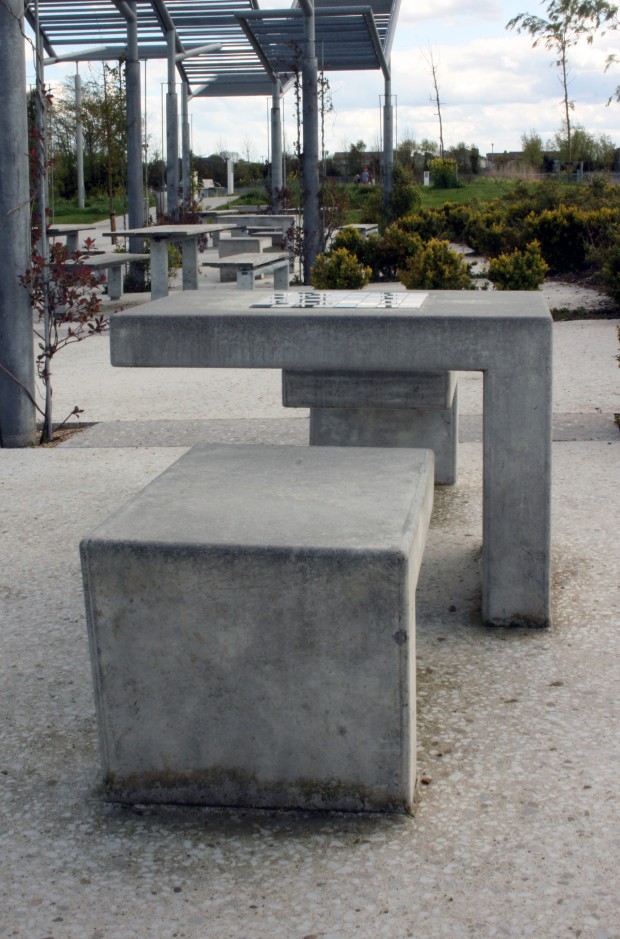 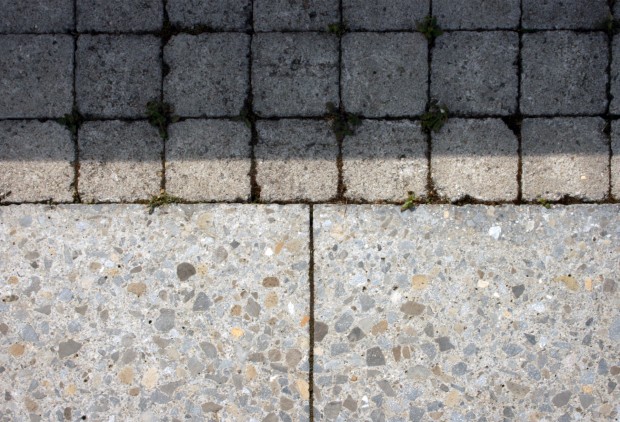 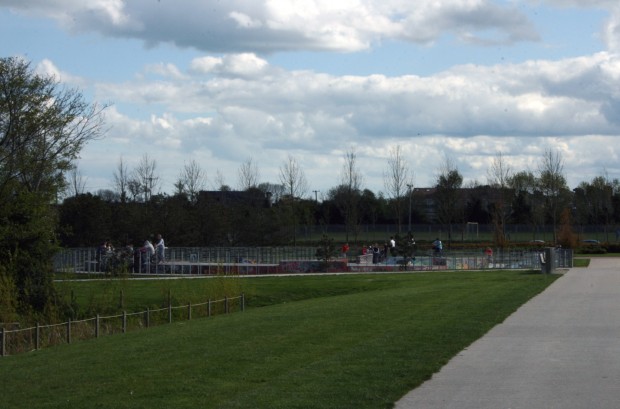 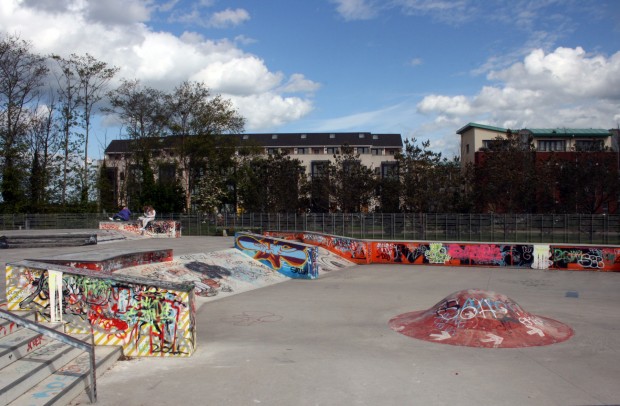 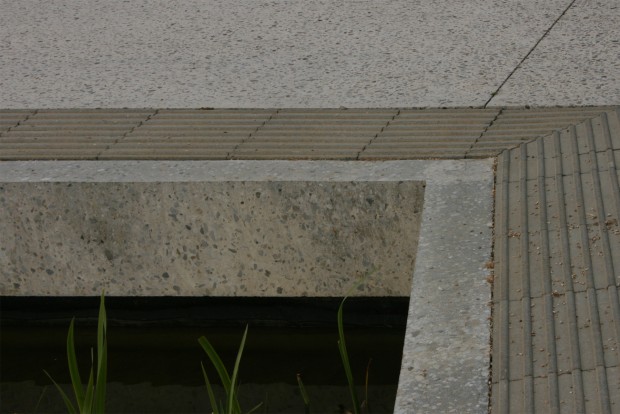 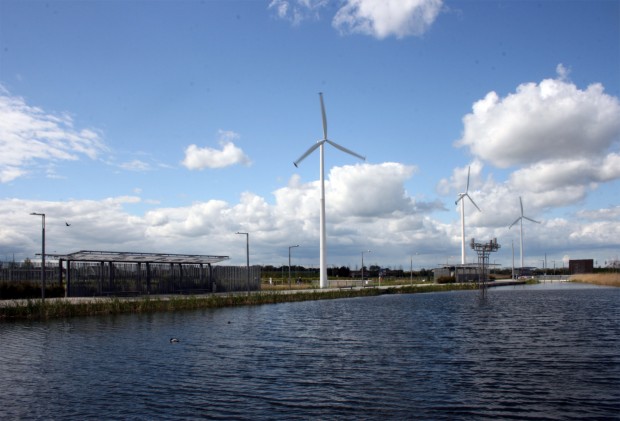 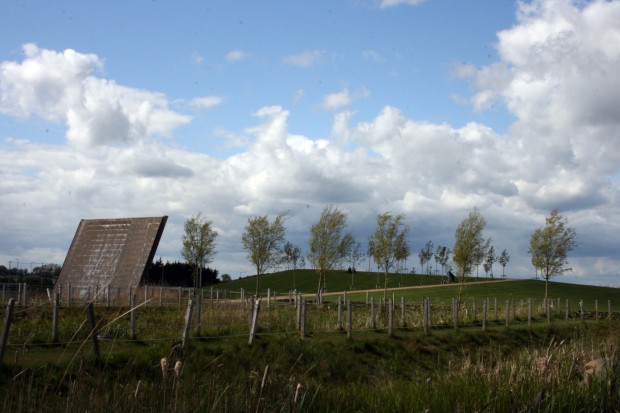 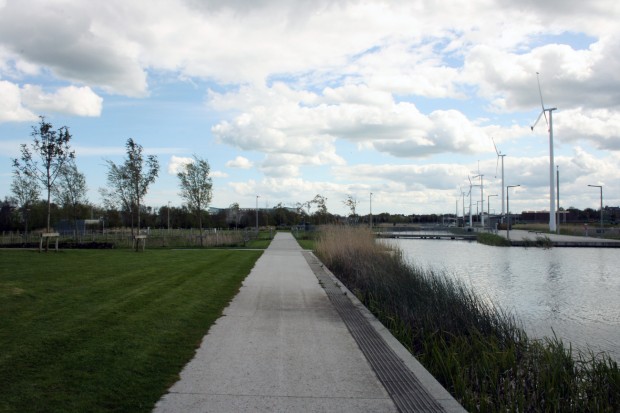 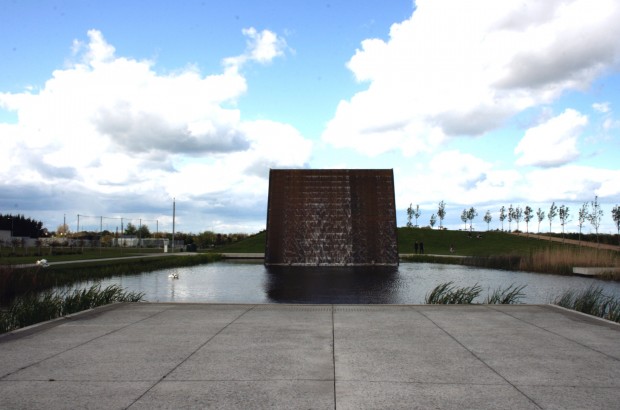 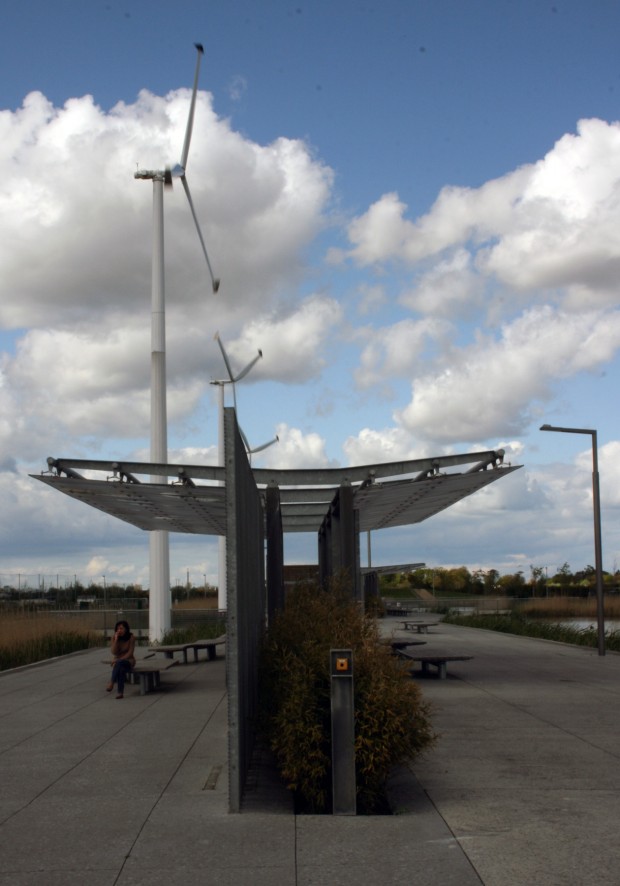 Father Collins Park makes sustainability feel quite exciting. It sells itself on its green credentials and one of its most prominent features is the row of huge wind turbines, but it also appears to be very successful as a public amenity.

The park was the subject of a two-stage international design competition in 2003, with a brief to redevelop an existing park and to incorporate environmental sustainability. The competition was won by Abelleyro + Romero, who worked in partnership with MCO Projects, and the park was completed in May 2009.

The most striking part of the landscape is the long promenade running beside the lake, which folds down and flips up to make a waterfall feature and a mooring. Other concrete paths connect it to the playing fields, two playgrounds, skate park, wooded areas and picnic tables. The concrete is shot-blasted, robust and unassuming, cutting pale strips through the water and grass. The park is designed to cultivate wetlands and hedgerows, and it’s particularly interesting to see large areas of reed beds, unguarded and mediating between the lake and the bank. I like the use of sharp angles, framing the natural elements and setting off the wind turbines like futuristic sculpture.

It’s particularly good to see such a varied open space in a new part of Dublin. Visiting the park last Saturday, I kept thinking that this was the opposite of the blank, half-arsed ‘green’ given to so many suburban developments, something that’s great for the residents who want to play football but rarely used by the rest. Here, the complexity of the paved paths and the informal strips between reed beds gave the small kids somewhere to run around and discover, like visiting an old, forested park, and there’s visual interest in every direction so that you want to walk a bit further. Each area feels different, but they all seemed to be working as intended, with little kids and their parents in the playgrounds, and bigger kids skating, BMXing and languorously tagging as they hung out in the skate park. It felt relaxed, and nobody looked bored, and that seems like a good mood for a park to strike.

(Father Collins Park is a few minutes’ walk from Clongriffin DART station, and it’s also served by the 29a and 15 bus routes.)