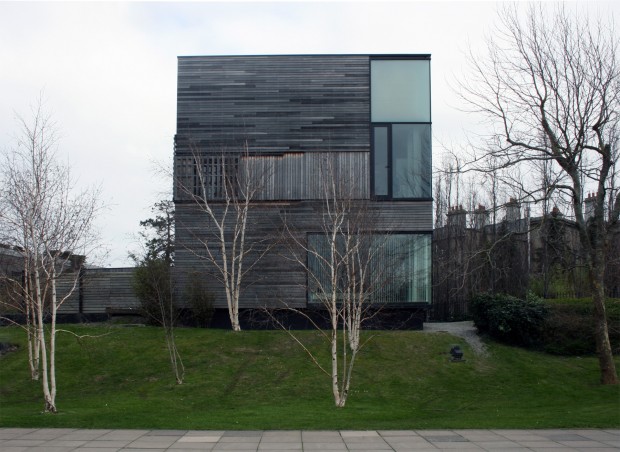 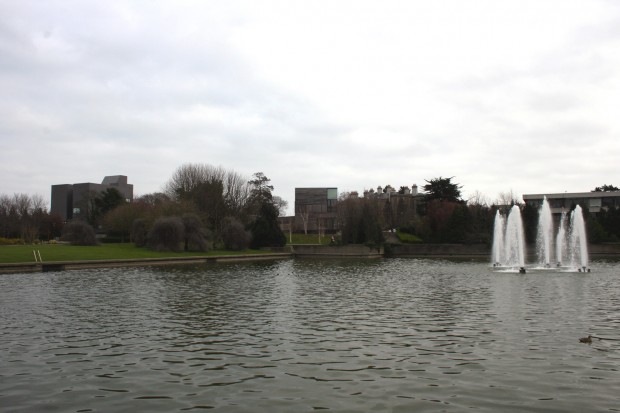 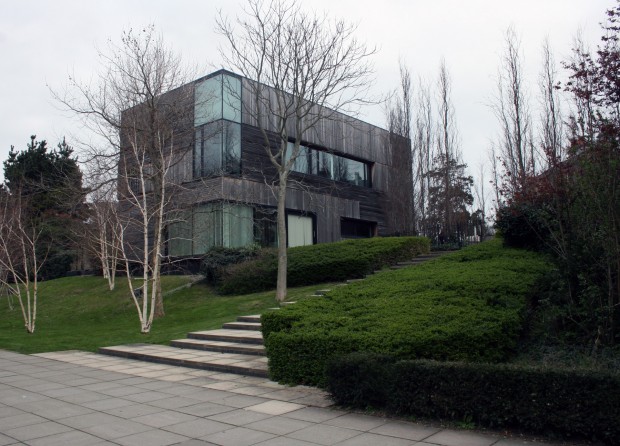 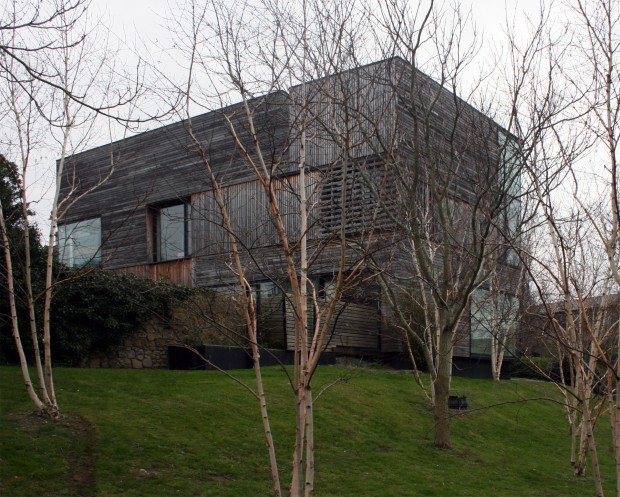 Tucked by the side of the lake on the approach to O’Reilly Hall, the extension to the Virus Reference Laboratory is on a tight site between the existing Laboratory and the 19th century Ardmore House on UCD’s main campus at Belfield. It’s one of the good contemporary additions to the campus, completed in 2003 by McCullough Mulvin Architects. From the lake, it’s slightly elevated and perching like a pavilion on a small slope with steps leading up to the entrance, where a timber-clad arm reaches back to make a corridor to the existing building and shields a Japanese-style garden from view.

The cedar cladding looks better for the weathering, which has taken on different textures as the cedar varies between vertical and horizontal, projecting and receding, alternating with glass. (The interior is arranged around a blue core, simple and compact just like the building reads from outside.) It’s a funny building because it asserts itself modestly when you see it across the lake and the changing pattern on the exterior breaks down any formality to it, but at the same time, it’s not dodging being a defined, standalone object on the campus. It stands proud against the ridge of the slope and it’s a solid cuboid, plus the arm. There’s something good and tough about that, allowing this little timber-skinned building to sit just fine in the middle of Belfield’s iconic stone and concrete 1960s buildings.