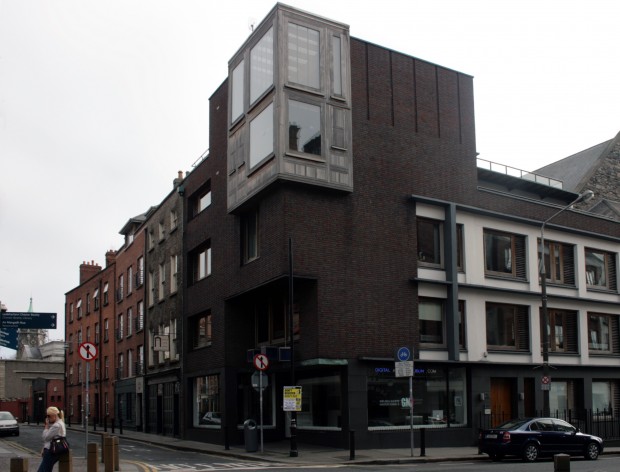 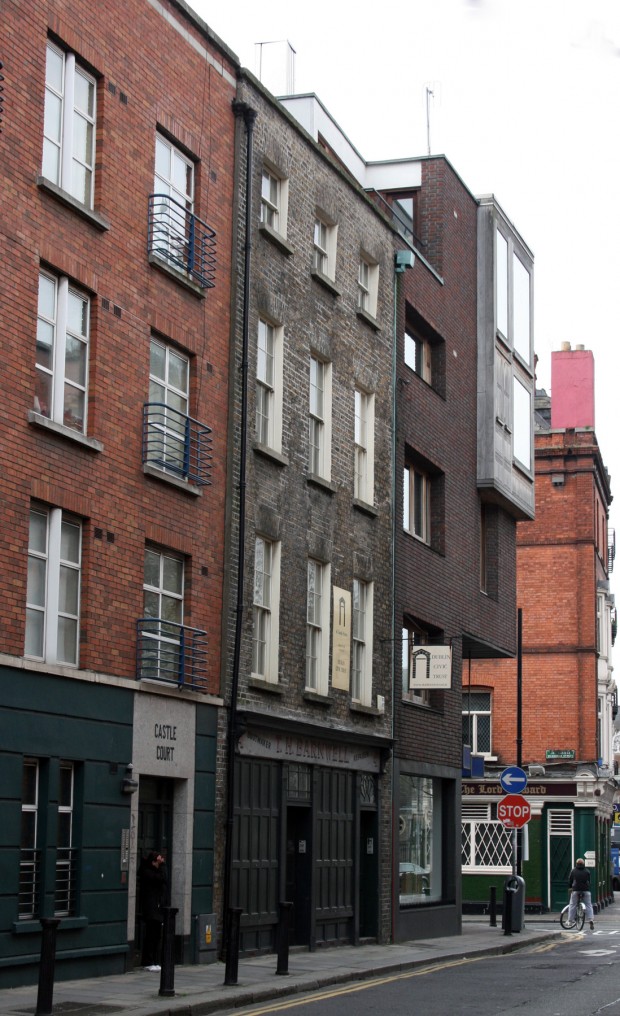 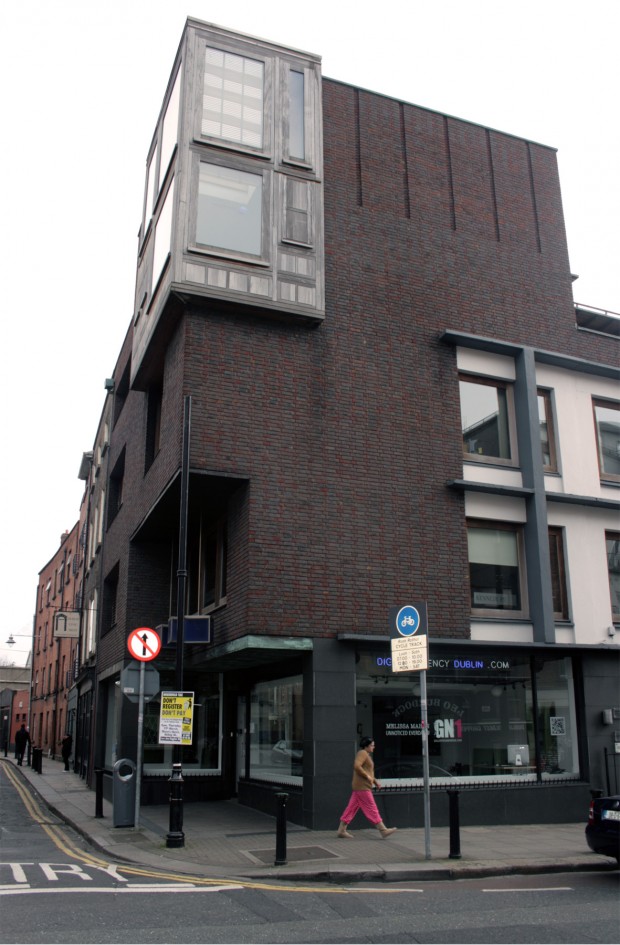 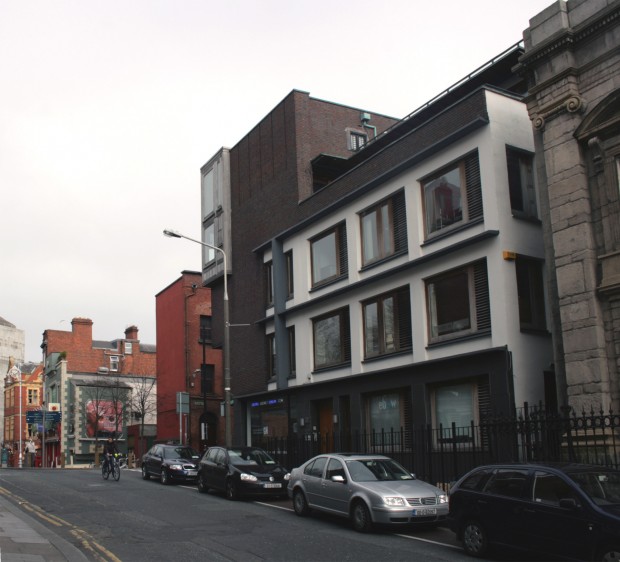 On a prominent corner site near Christchurch Cathedral, Dublin Castle, a fine pub and a good chipper, 1 Castle Street is an extension and redevelopment of a 1960s concrete framed office building. The original building was set back from Castle Street in preparation for a planned road-widening scheme, and de Blacam and Meagher’s 1999 addition brings it back to join the street. The third and fourth floors were added, with the top storey occupied by a penthouse which has terraces enjoying the views from all four corners.

The ground floor retail unit is clad in black flamed granite, and most of the exterior is in a deep, rich brick, with iroko used for the double-height corner windows. Iroko is a tropical hardwood from west Africa which is durable outdoors without any regular treatment, and there was a particular trend for it in the late 1990s and early 2000s, so you can spot it all over Dublin. It weathers beautifully, though, textured by the passage of time in a way that tends to soften the impact of a building’s appearance.

The brickwork is satisfying to look at too, as it’s a relatively complex pattern that looks like monk bond. Brick is an area where de Blacam and Meagher are particularly talented, and it’s appropriate here, sympathetic to the brick-dominated context on the Castle Street side and giving way to render (coloured to match St. Werburgh’s church) on the Werburgh Street face.