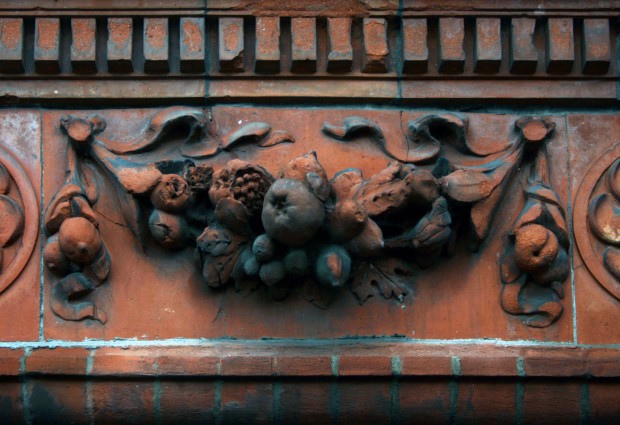 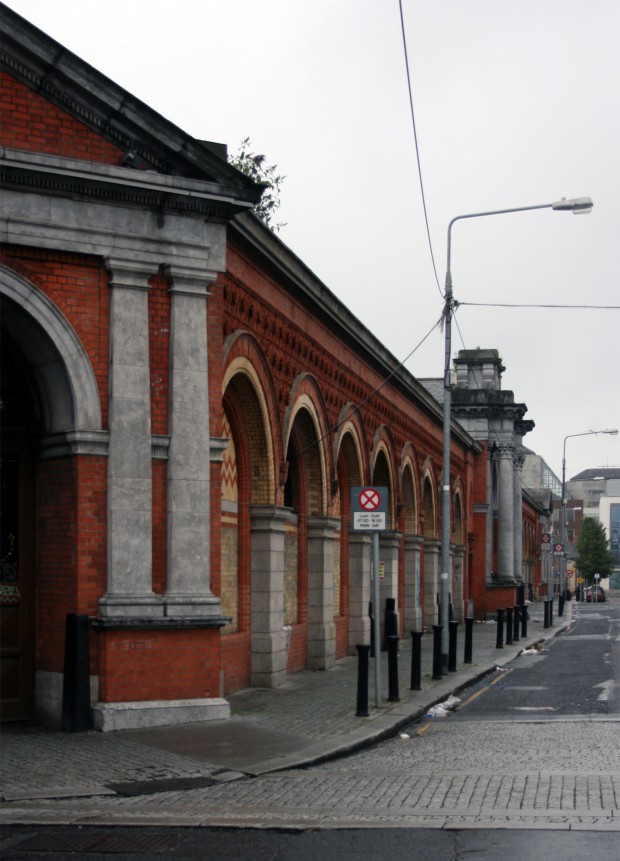 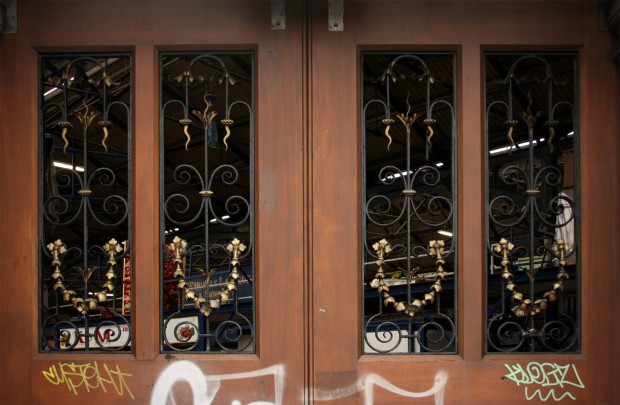 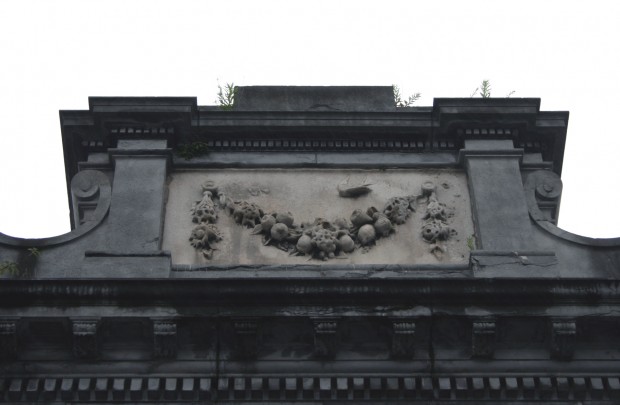 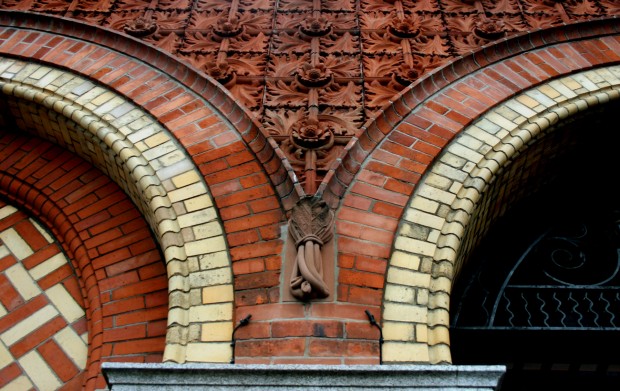 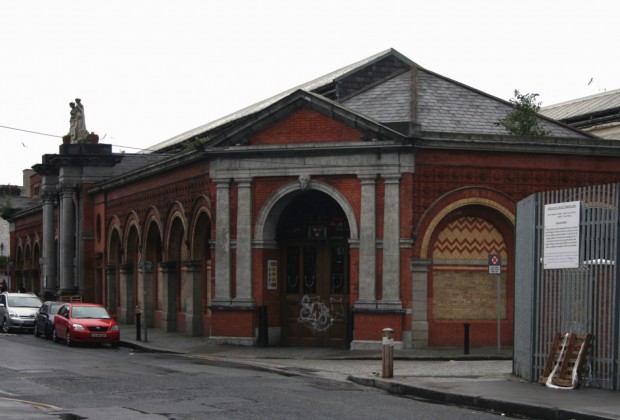 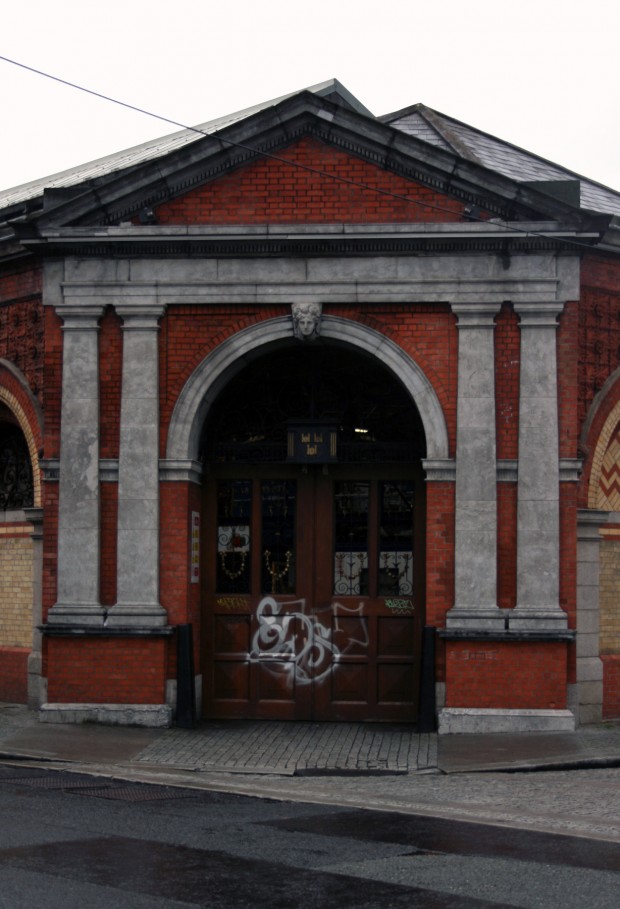 The big brick market designed to house the Corporation Wholesale Markets opened on 6th December 1892, designed by Parke Neville and carried out with modifications by Spencer Harty following Neville’s death, and still in use today, with wholesale produce and flowers on sale to trade buyers and to the public. There’s been a Dublin City Council scheme to turn it into a more retail-oriented market along the lines of Cork’s English Market, though it’s hard to tell whether this is in limbo or in progress.

The facades are mostly in red brick, with yellow brick lining the arches and providing contrast in patterned blocks. Behind the screen of brick arches, the roof is supported by structural ironwork and rises in a series of pitches running east-west(ish), with glazed north-facing portions providing moderate light without glare.

According to Christine Casey’s Dublin (p.101), the terracotta fish and produce were “supplied by Henry Dennis of Ruabon, though the template has been attributed to CW Harrison.” They’re pretty great and merit a slow walk around the building:

Gorgeous detail and very real-looking. I couldn’t even begin to name all the fish.