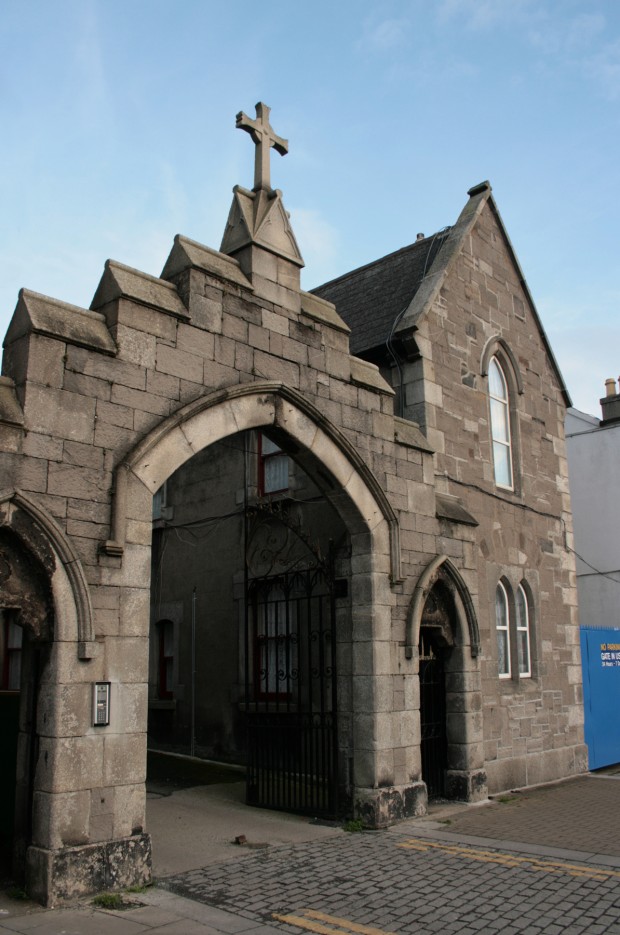 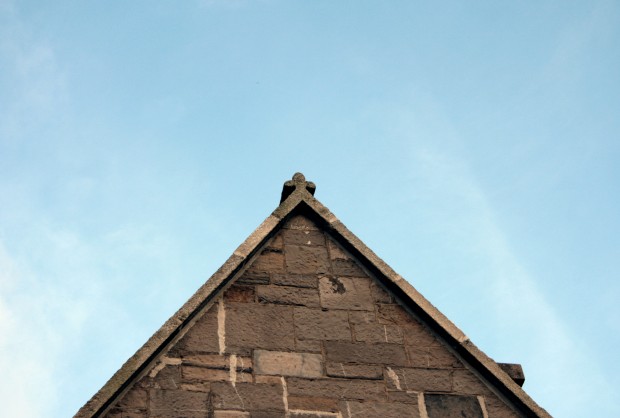 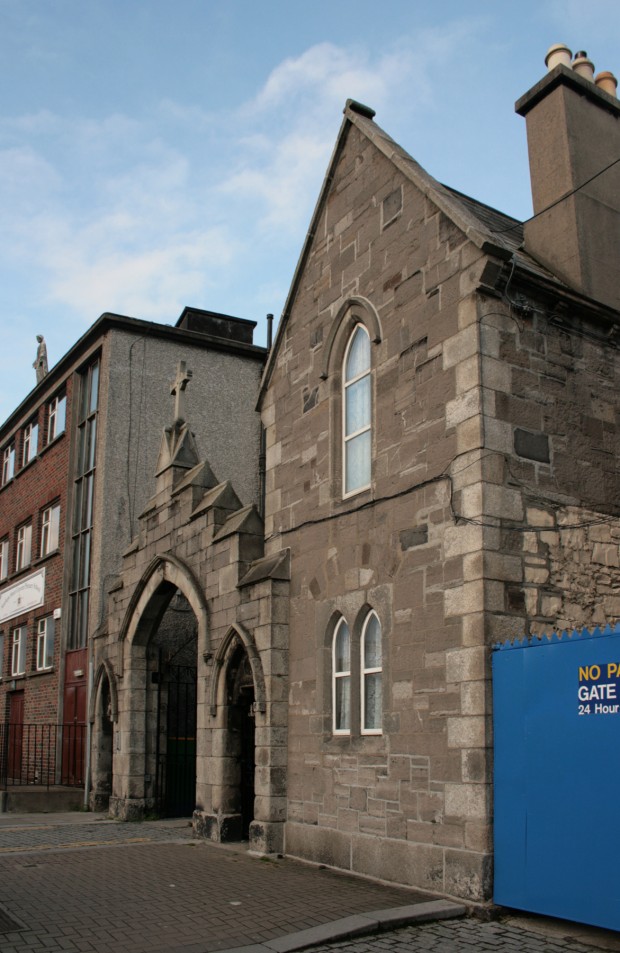 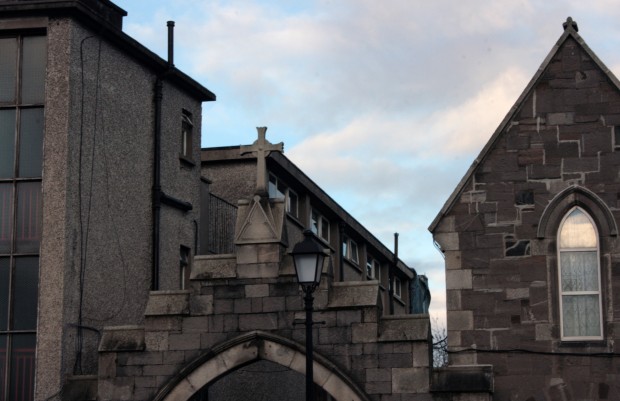 At the Manor Street end of the Stanhope Street complex (that’s convoluted!), there’s an entrance arch and the gable end of a gate lodge, both in stone, both topped with crosses. 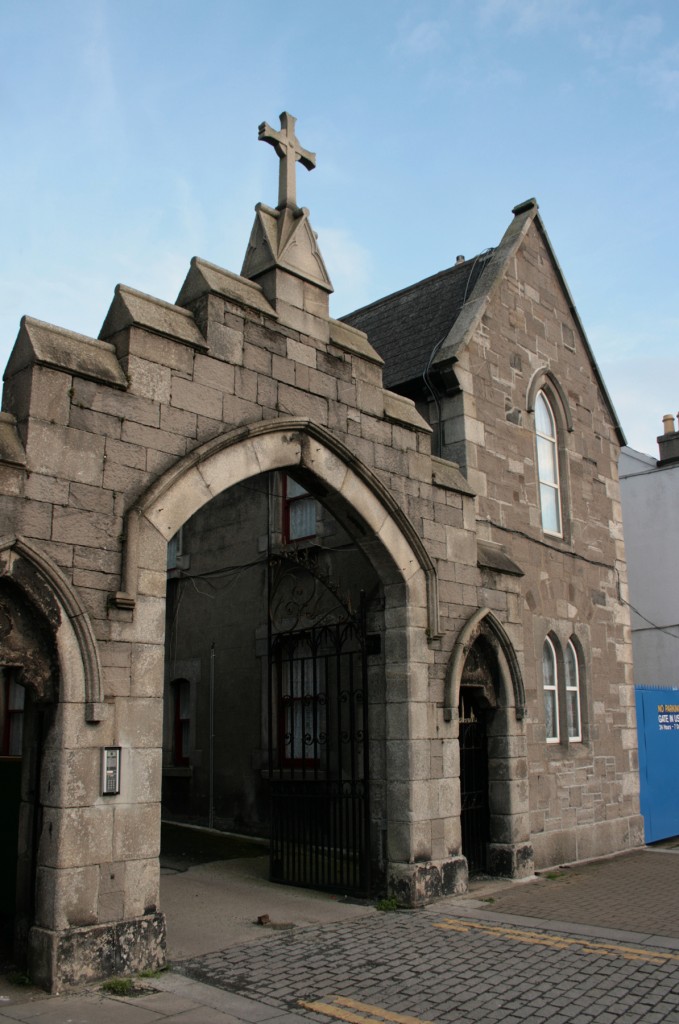 The entrance is described as a “diminutive Gothic Revival entrance arch” in Christine Casey’s Dublin (p.267), and none of the usual sources list an architect or a date for the gate or lodge. The edge of the gate being incorporated into the front of the lodge makes me wonder, as well as demonstrating the difference between the ashlar (smooth stone) in each: the large, regular courses on the arch and the smaller, more random pattern of assorted stone on the lodge. 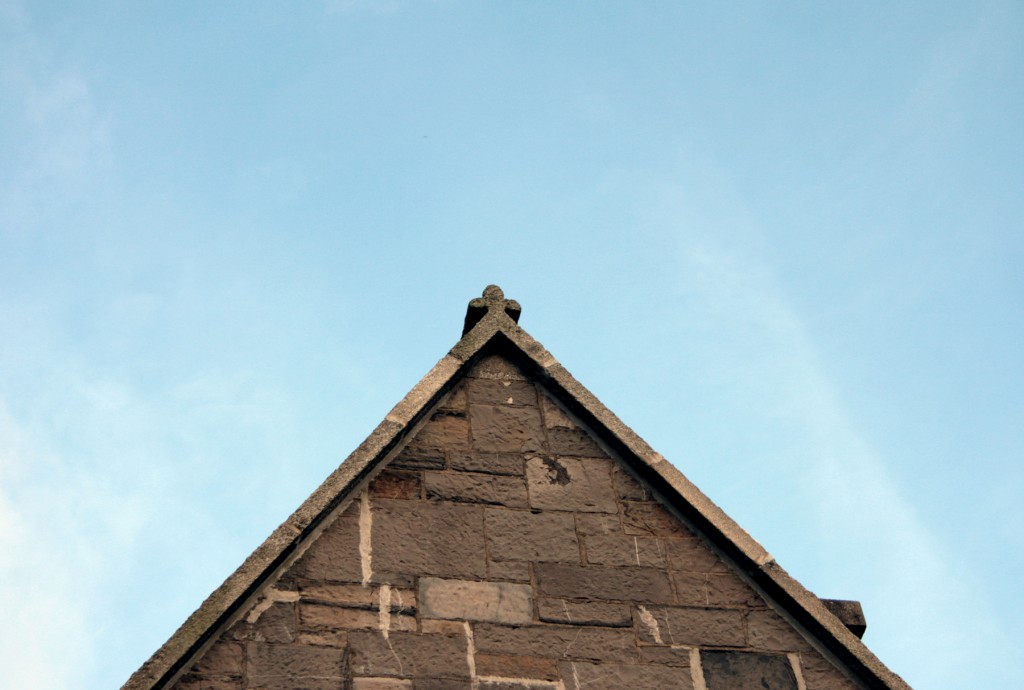 It’s the detail at the apex of the lodge’s gable that drew me to it, a little finial in the shape of a cross or a trefoil. From a distance, it looks like a decorative shape rather than any one in particular, but the form is carved out of the stone and extends back through the stone’s depth. Even for quite a small building, it’s really very tiny. Almost like it’s apologising for itself, too large for a hidden symbol and too small to assert its place at the peak. It’s a gesture of a shape, standing in contrast to the larger cross to its right, and abstracted into something strange and extruded when you view it from the side. The scale makes detail very difficult, no doubt worsened by acid rain anyway, but looking at it reminds me of trying to get precision into a lino print: there’s a sort of naive chunkiness that’s hard to escape without bits breaking off. That’s quite endearing. 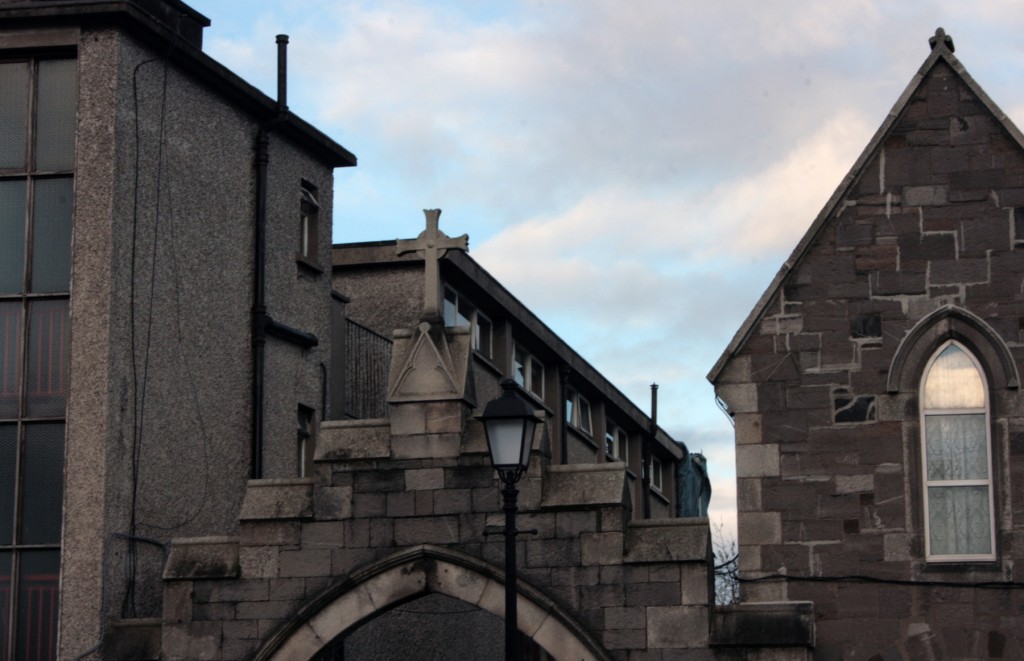