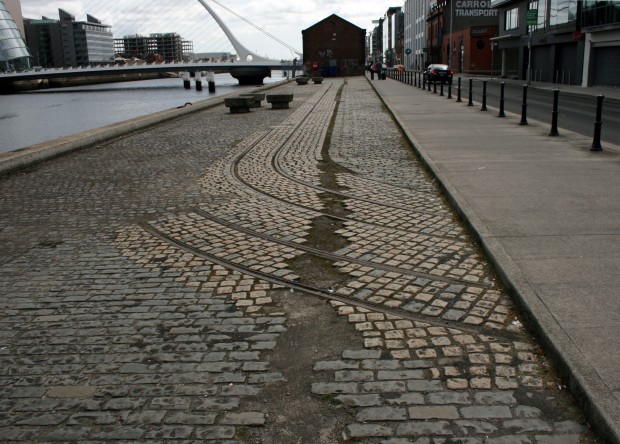 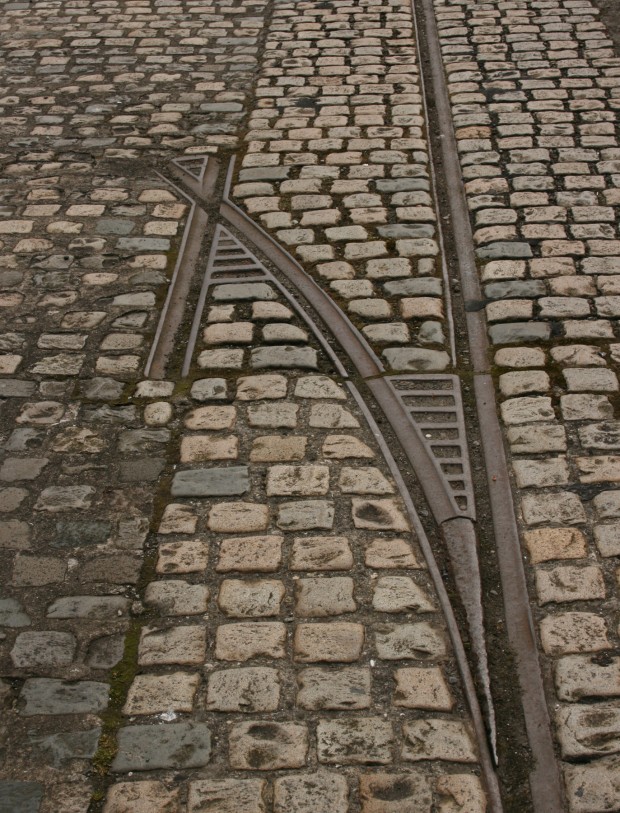 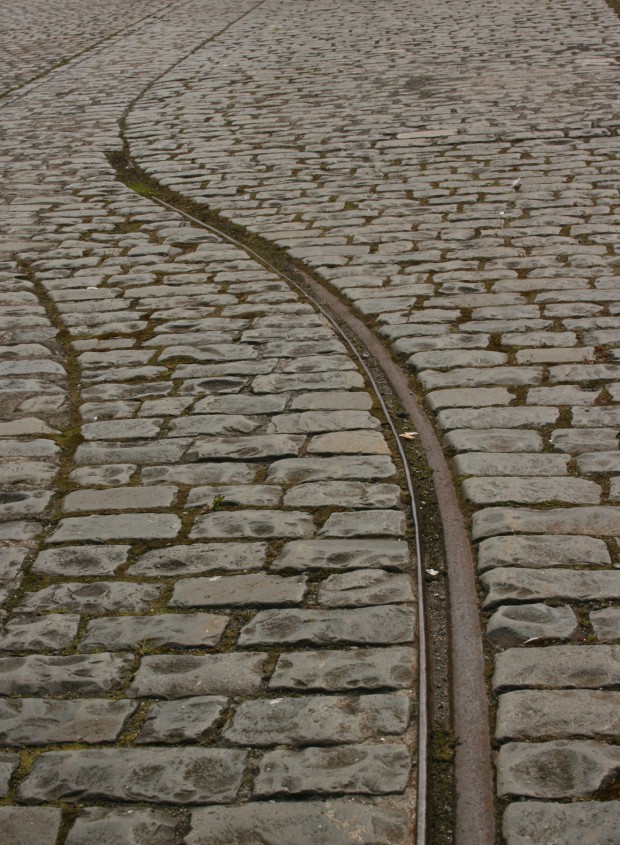 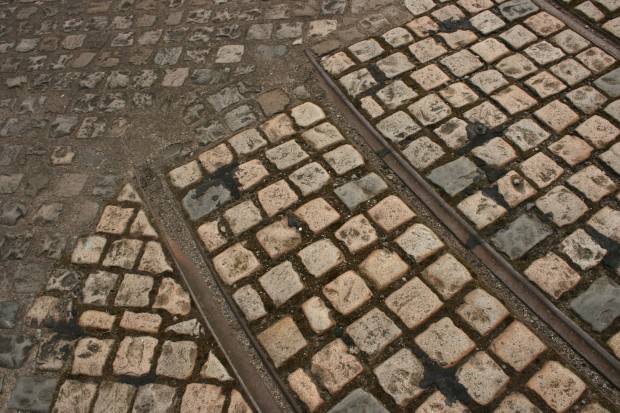 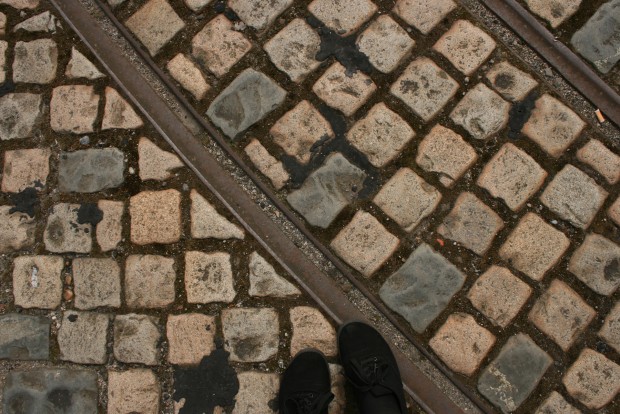 There’s a stretch between the two quayside warehouses on Sir John Rogerson’s Quay which hasn’t been repaved, and here, there’s a hodge podge of cobblestones cut through with crane tracks. The patchiness is quite appealing, as is tracing the tracks around curves and crossings until they stop abruptly or appear to peter out. 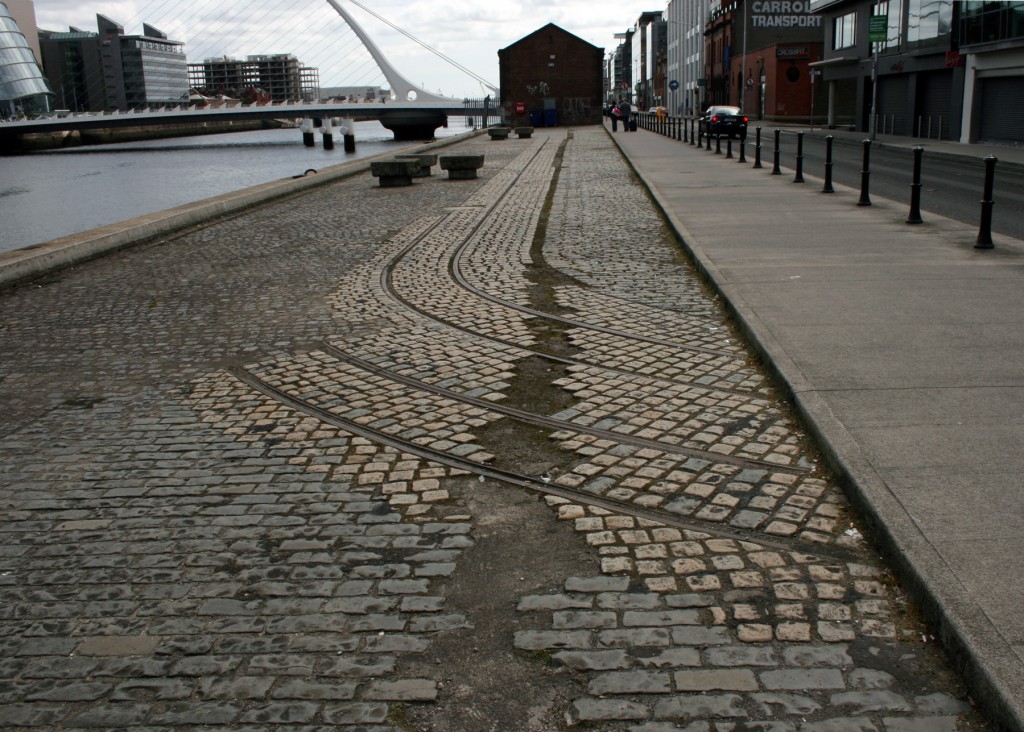 This area between the quay and the road is known as the campshires. It would have been dominated by cranes unloading ships until containerisation took over and the port moved down to the East Wall. 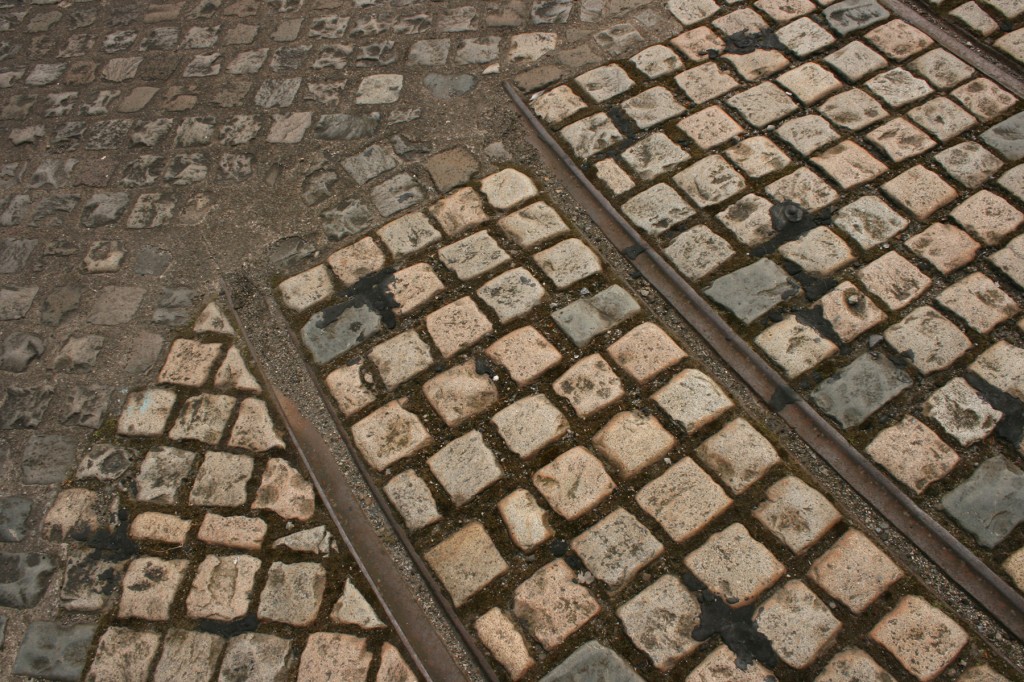