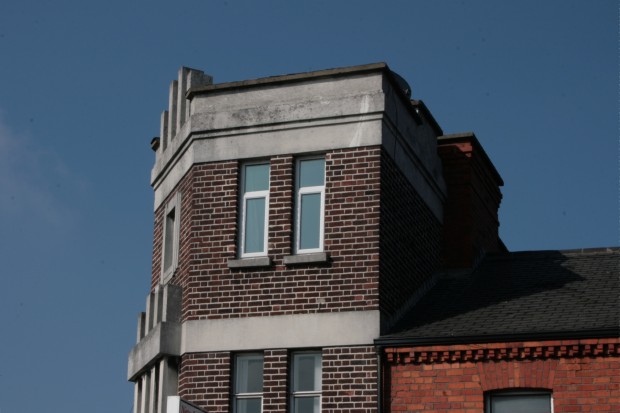 It’s not that you’d want every corner to stand out, but in the context of Home Farm Road and the surrounding territory of repeating types in short terraces and larger estates, the three-storey piece marking the corner with Clare Road is arresting and welcome. 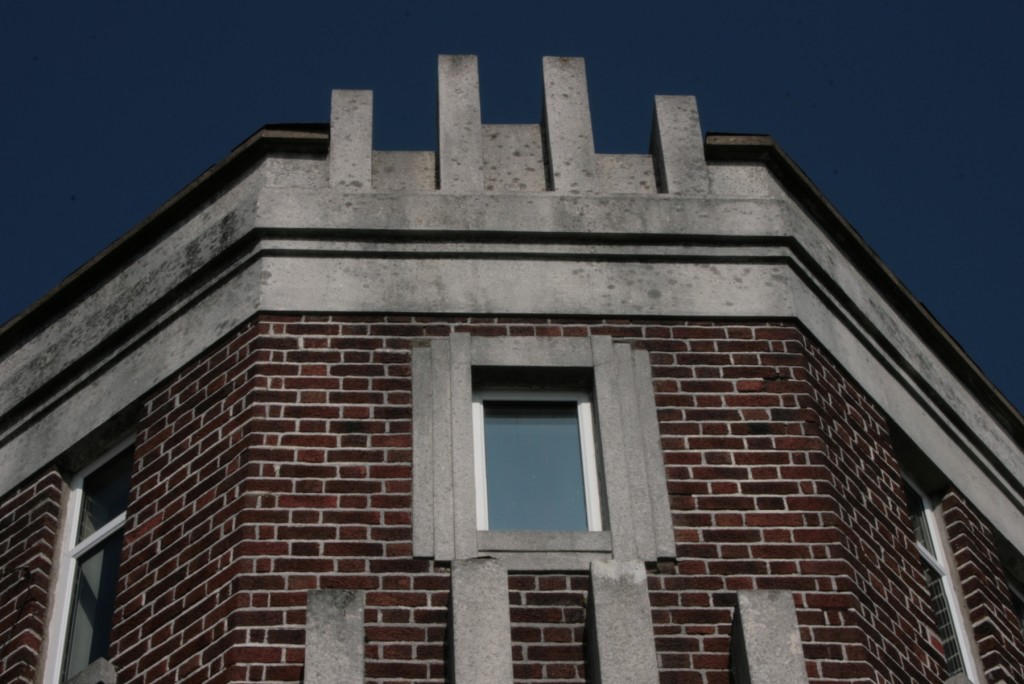 At the parapet and over the first storey, four vertical concrete pieces sit equally spaced, with the inner pair extending past the outer two. At the parapet, the verticals are muted by the thickness behind them, and below, the longer verticals are wrapped in thick bands matching the apparent floor levels expressed along the facades. I’d be curious how much light the glazing lets in between the verticals, though the direct hit on a sunny day looks quite persuasive.

At the upper level, a smaller window sits in a tiered frame that might be my favourite part of the building – it’s layered and uninterrupted in a way that makes me wish we could see how this could have become the total approach. 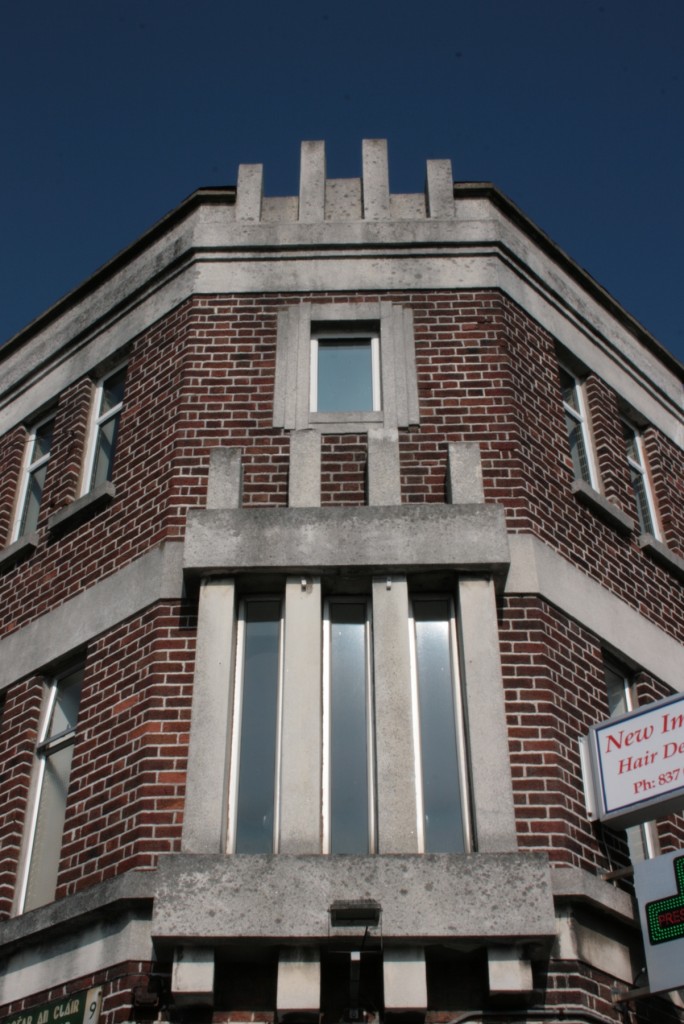 The ground floor unit is occupied by a pharmacy. It was apparently established over 80 years ago, and a number of 1970s ads given the same address for a Dargan’s Pharmacy, but there’s not enough information for me to put together a finer-grained timeline – there’s no indication of the date for the current building, and sadly, no architect either. Homepharm is a truly inspired name for the current chemist, though. 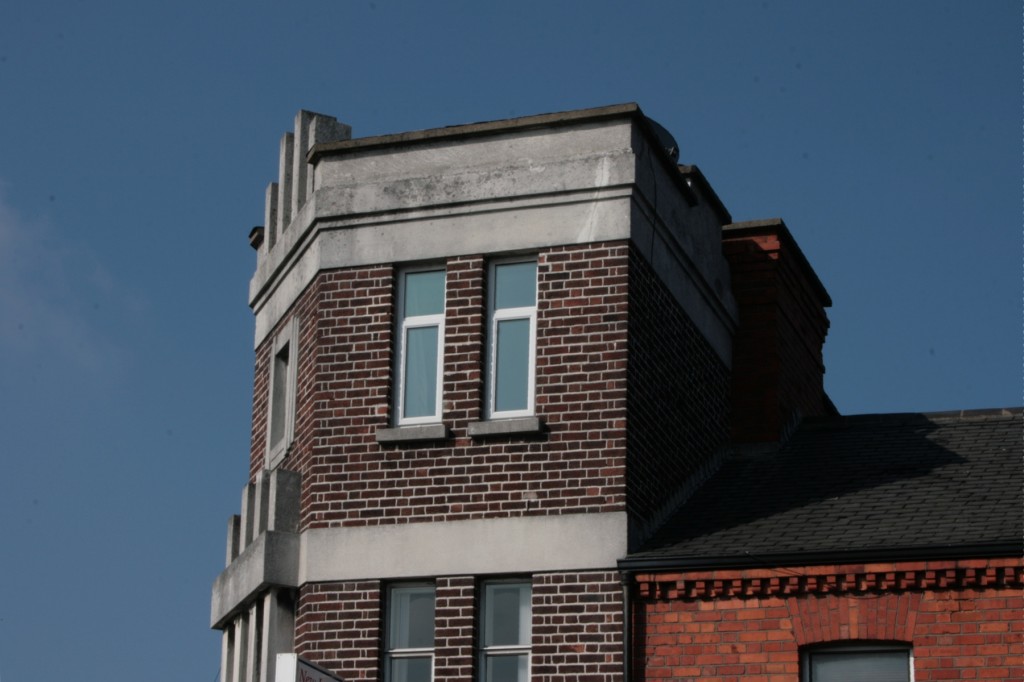 From the adjoining redbrick terrace, there’s a flatness to the junction between the two pieces – the corner set piece just sits there, facing out, and making its one move. It’s a nice move, though. 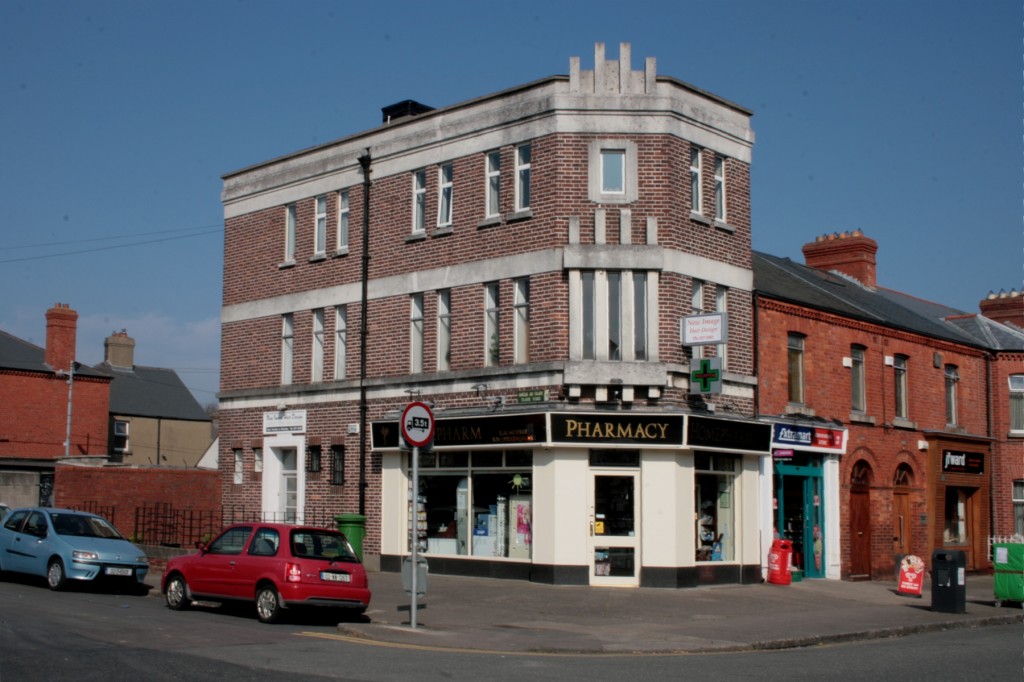