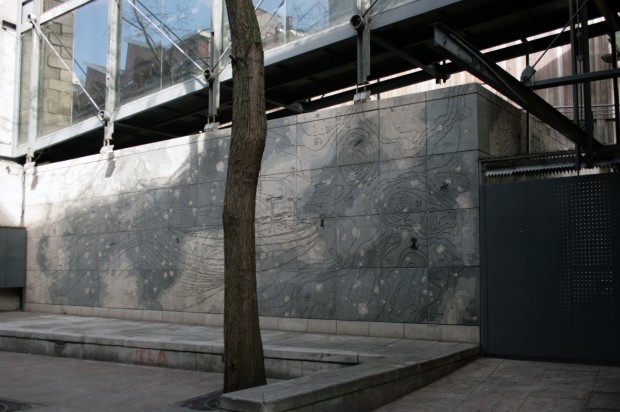 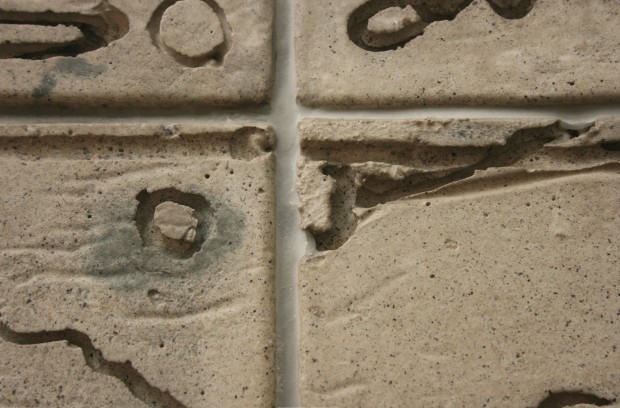 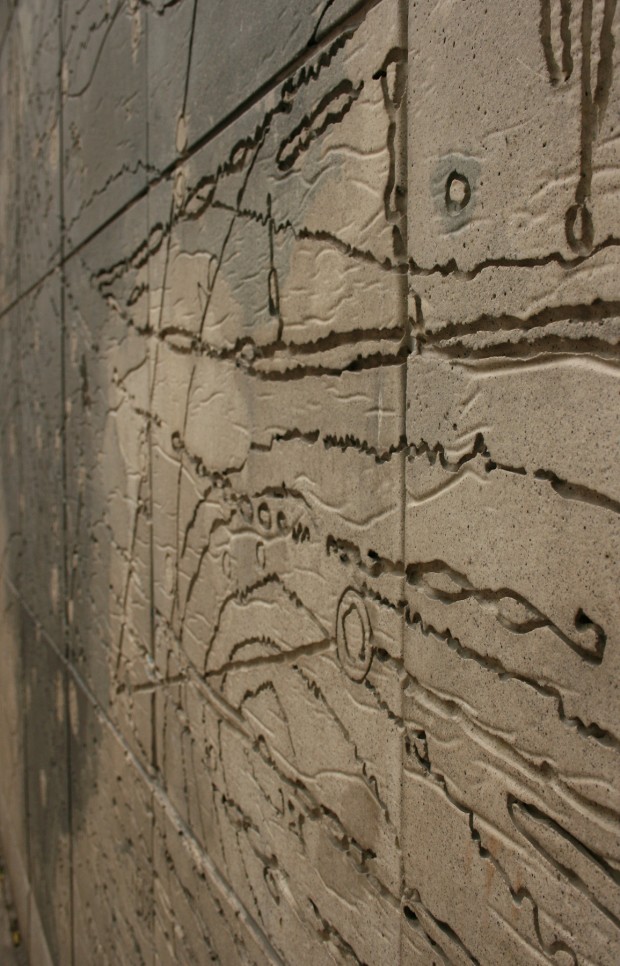 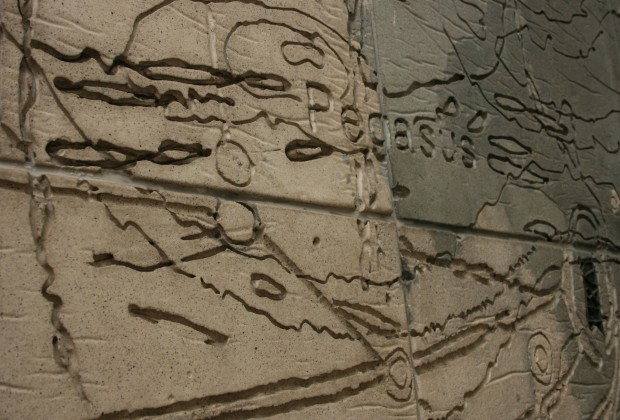 Designed to accommodate one of the cultural institutions set out in the Dublin Corporation Development Plan, the Viking Centre incorporates a number of existing buildings within its design (including the former Church of St. Michael and St. John), accommodating 16 apartments as well as the centre. It was completed in 1997, designed by Gilroy McMahon, and the Viking Centre did not last long.

The mural on its Essex Street facade wraps around into the interior courtyard, as you can see here, and it’s a concrete mural by artist Grace Weir. I had assumed it loosely depicted constellations (thanks to Pegasus), but it looks quite like a nautical chart, which would make sense if it’s thematically related to the building, and then there’s the suggestion of an outline of a longboat. Either way, there’s a very tactile appeal to the waxy gouging of the lines and the colour variations across the concrete, and I’m envious sometimes seeing kids hop up onto the low platform to trace the patterns with their fingers like they’re reading some huge atlas.

This is definitely in my top five pieces of public art in Dublin.