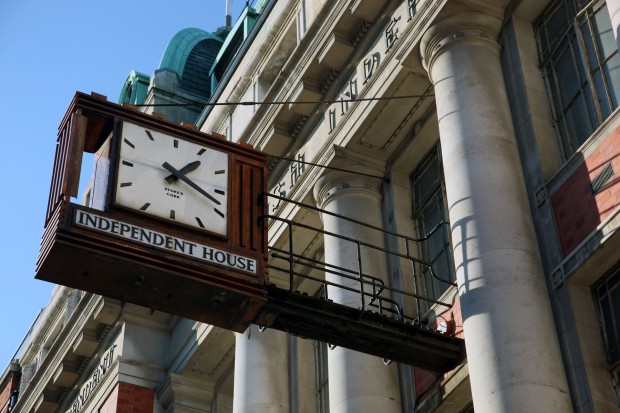 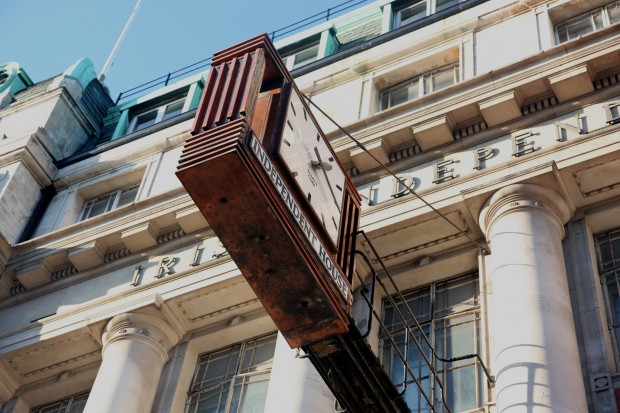 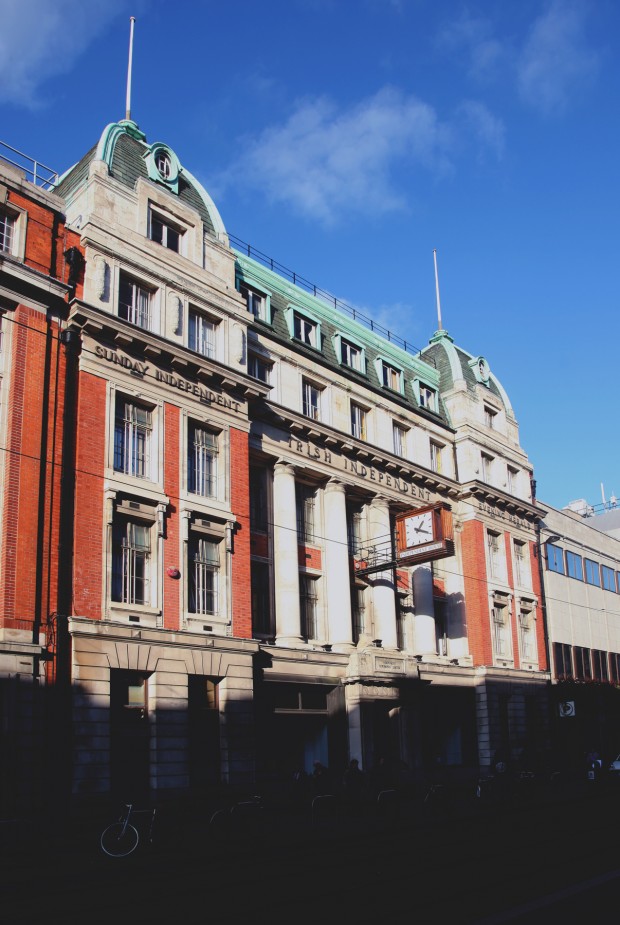 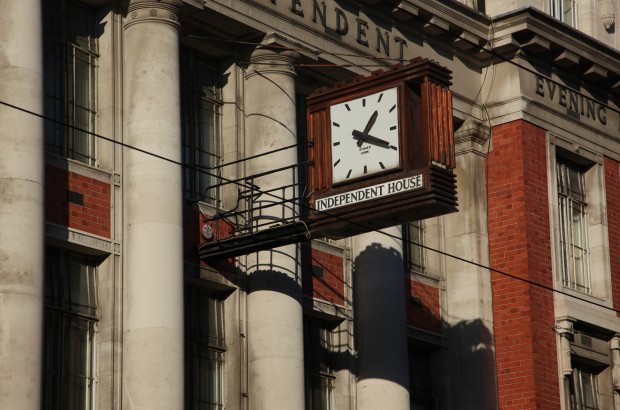 Middle Abbey Street had a long association with newspapers, ending in 2004 when Independent News and Media relocated to Talbot Street, having previously moved their printing facilities out to Citywest. Previously, in the mid-19th century, the street was home for a while to nationalist weekly The Nation. The construction of Independent House in 1924 (designed by Robert Donnelly of Donnelly, Moore, Keefe & Robinson) created a landmark for the Independent group, and there’s still a strong sense of presence in spite of the literal absence. 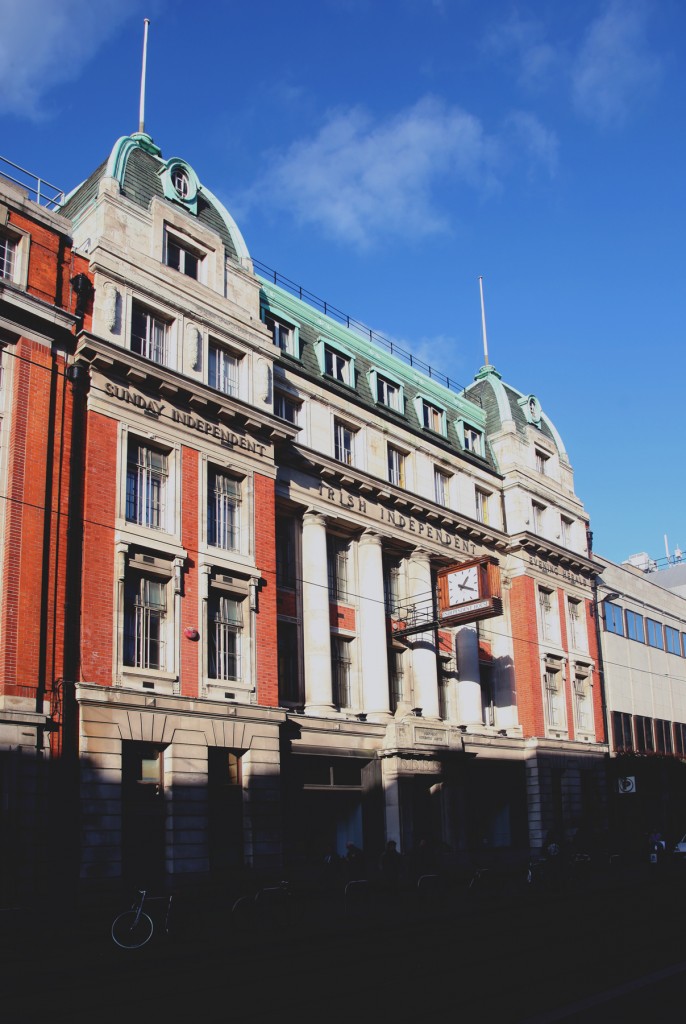 In the centre of the facade, the copper-framed clock seems to have stopped. (Awfully poetic altogether.) It was made by Stokes in Cork, a family business that’s still in operation and responsible for a number of other prominent clocks around the city. I’m still searching for a definitive indication of whether the clock was original or a later addition – a series of 1932 mentions in the Irish Independent appear like a sudden burst of excitement (“set your watch by it!” “now synchronised with Dunsink Observatory!), but maybe that was some effort to push the clock as an identifiable element of the newspapers’ public face. 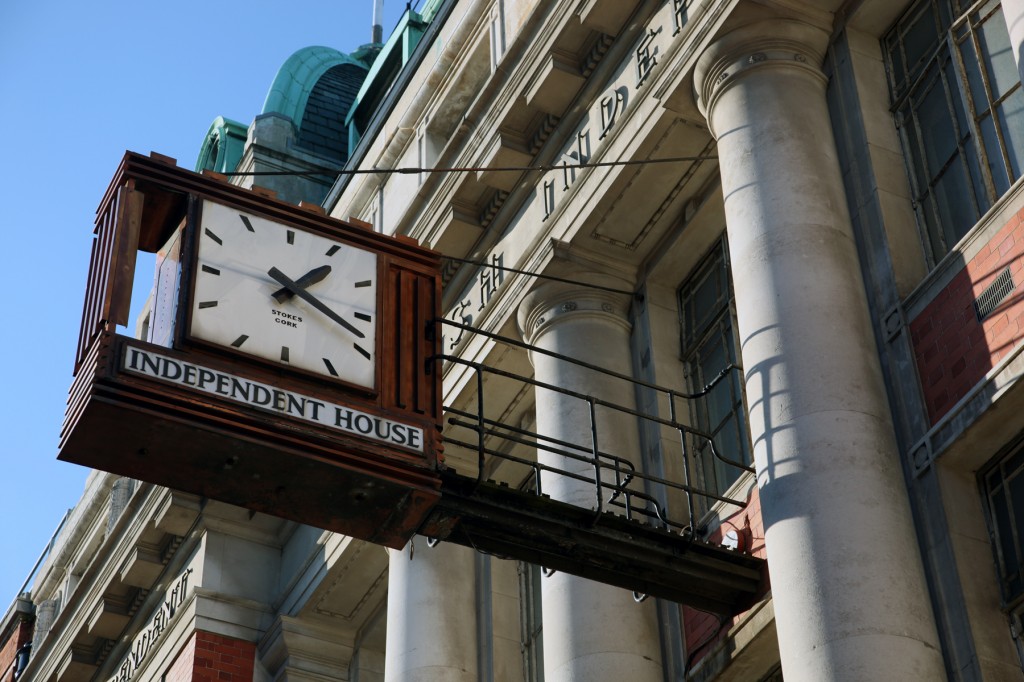 My favourite aspect of it is how far the clock projects out, tied back by cables, rods, and the small access bridge. It reads just right from the street, prominent and visible, but it’s slightly goofy if you look at it as an object by itself. The access bridge is great, making it clear how servicing and setting the clock was designed into it from the start, and it looks impossibly narrow and precarious from below. It makes sense that there’s nobody walking out to service a clock any more – I’m terrible at remembering which city clocks don’t work but I think it was about 4pm when I took the photos – but the bridge makes it frustrating. It’s right there, you don’t even need a cherry-picker. 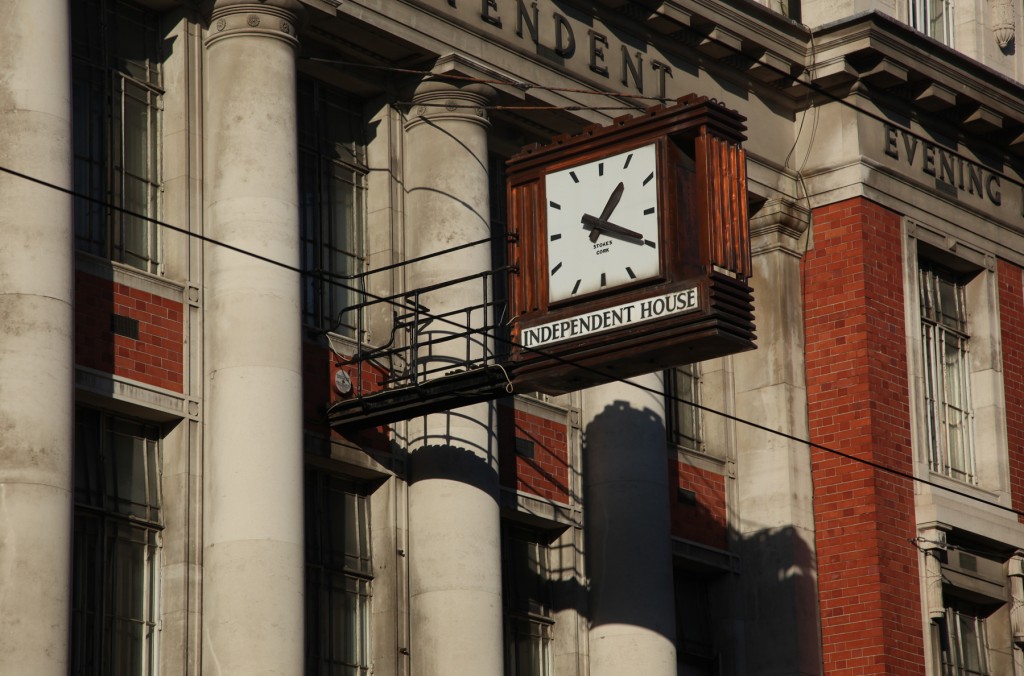