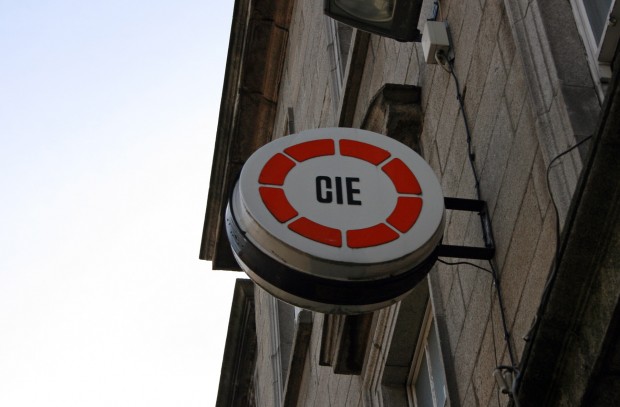 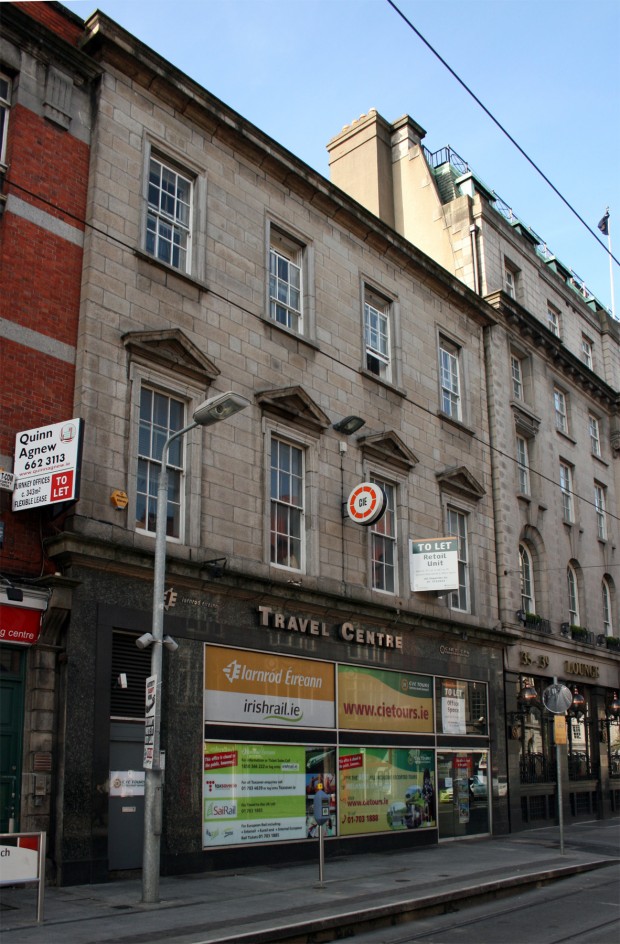 Outside the quaintly-named Travel Centre on Lower Abbey Street, there’s a sign with the old CIE logo.

The 1964 logo was nicknamed ‘the Broken Wheel’ and, according to bus enthusiasts, was designed by Swedish consultants. Its predecessor was ‘the Flying Wheel’, the logo of the Dublin United Transport Company (which, along with the Great Southern Railway Company, was incorporated as Córas Iompar Éireann in 1944), and it was replaced in around 2000 by the awkward rounded italics of the current logo:

Presumably, the sign’s days are numbered, but it’s a nice reminder of the superior design.