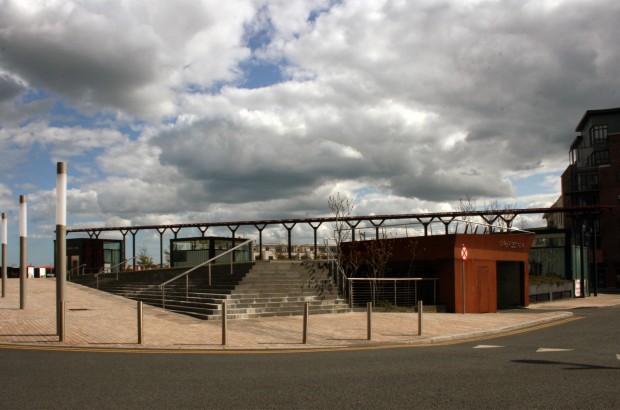 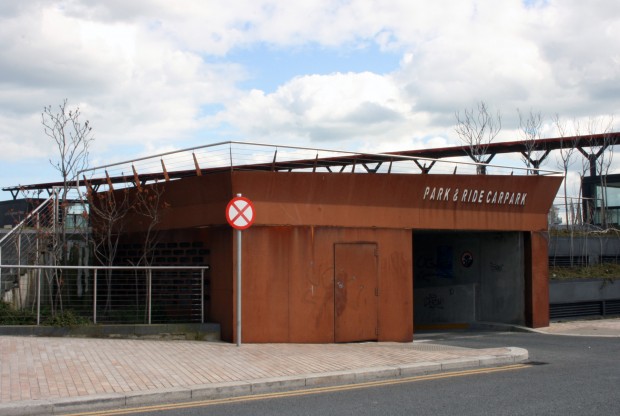 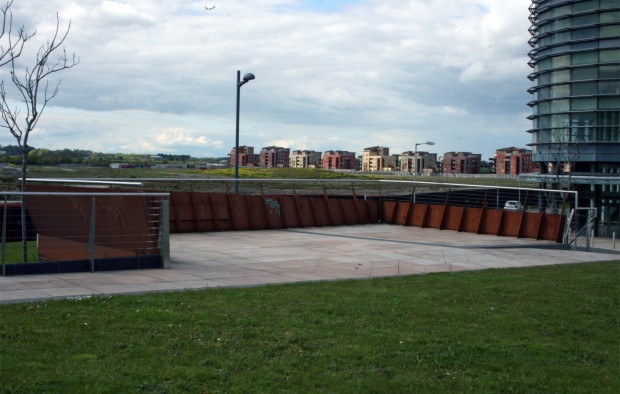 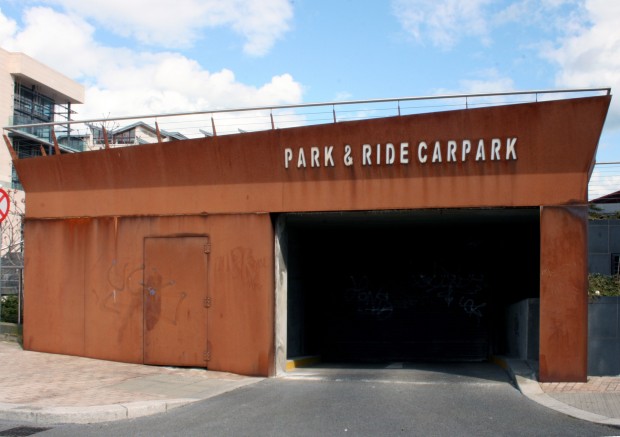 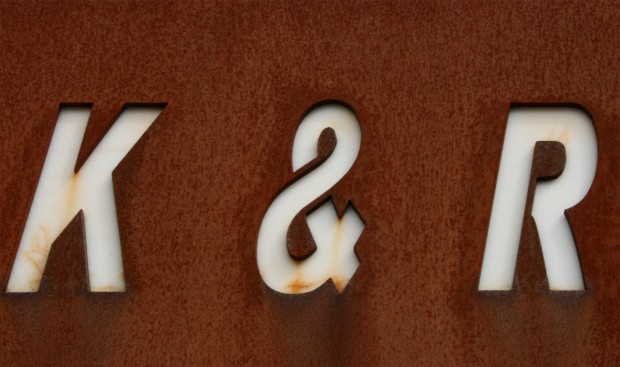 Clongriffin’s Station Square is an open area between apartment and mixed-use blocks, and it sits on top of the park-and-ride car park serving the nearby DART station. It’s curiously free of benches but the acute angles and the sharp edge made by the steps is quite nice, like a very slight echo of Carlos Ferrater’s hard landscaping in Barcelona’s Jardí Botànic.

The entrance to the car park is clad in COR-TEN steel, which weathers on the surface to form a protective coating. COR-TEN steel and its rough, industrial look was kind of a fetish object for us in the first few years of studying architecture, especially for tiny object buildings like this one. (There are trends in materials, forms and representation techniques bubbling across any studio, likely entertaining and slightly wearying if you’re a tutor seeing a sudden epidemic of weathered steel.) It’s interesting to see that the industrial aesthetic might not translate so well to being robust in an urban setting, judging by the greasy marks that look like graffiti removal.

The building itself, though, does a nice trick of translating from the angled silhouette of a portal on the lower level to a railing on the upper level, and the cut-out signage (presumably back-lit at night) work well with the steel’s tough look, letters broken to avoid islands like they would be in a stencil.