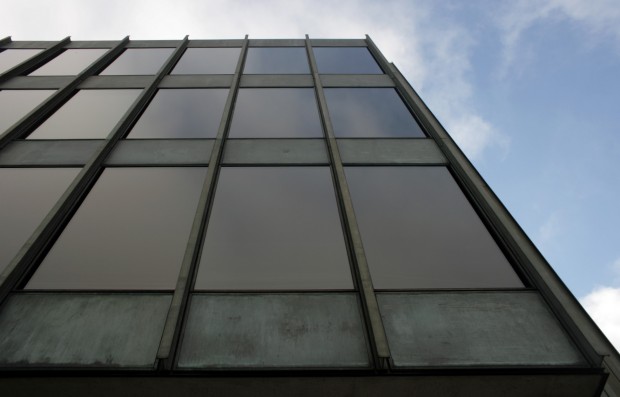 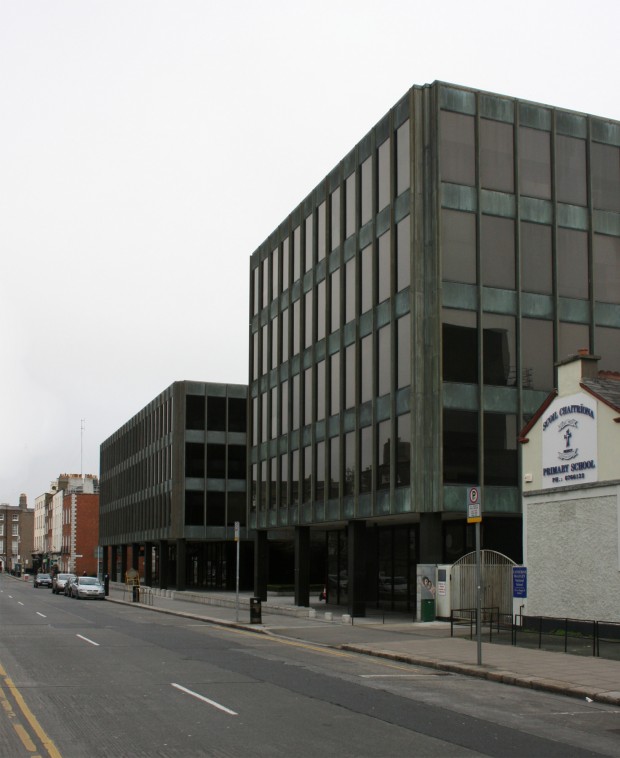 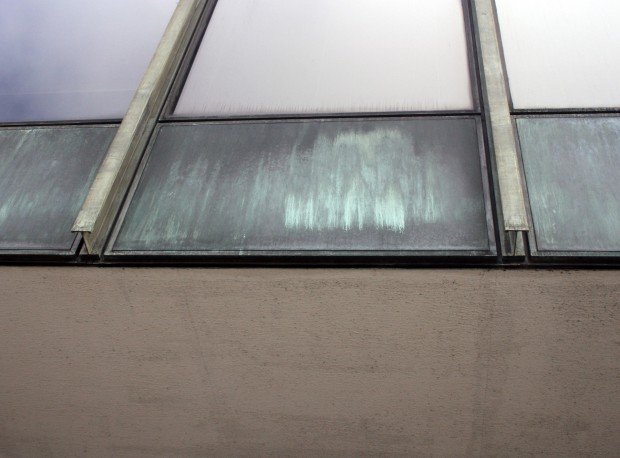 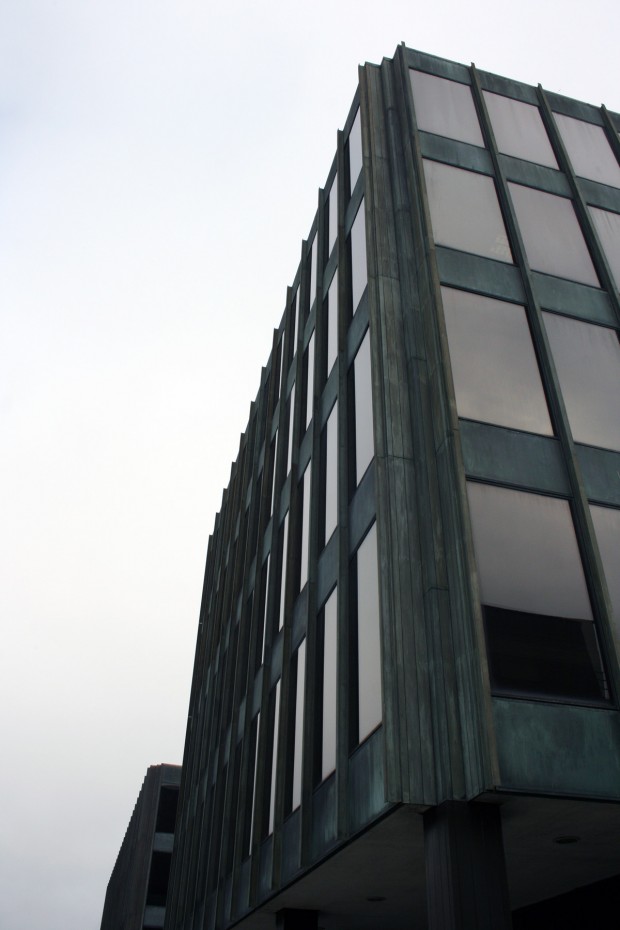 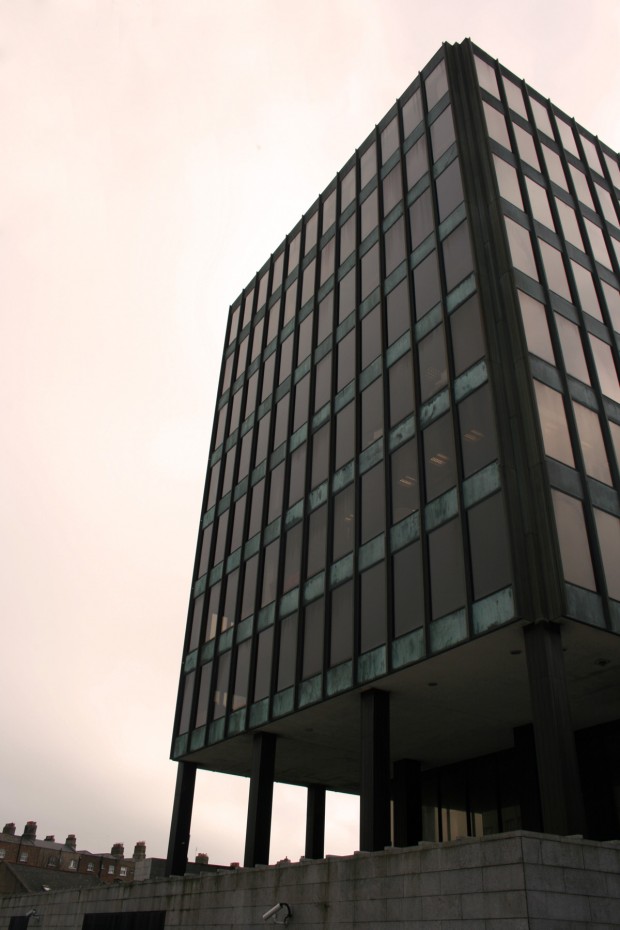 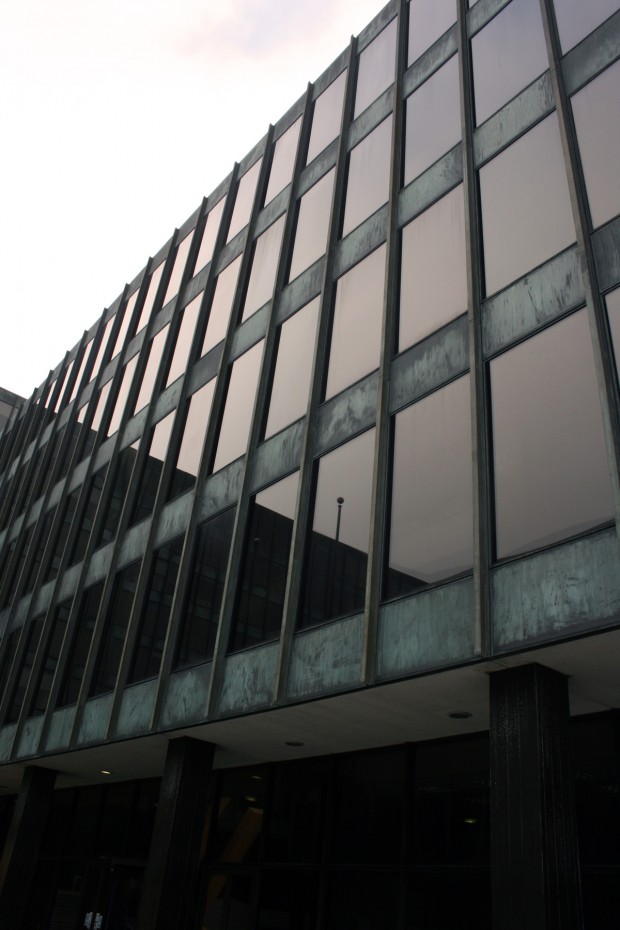 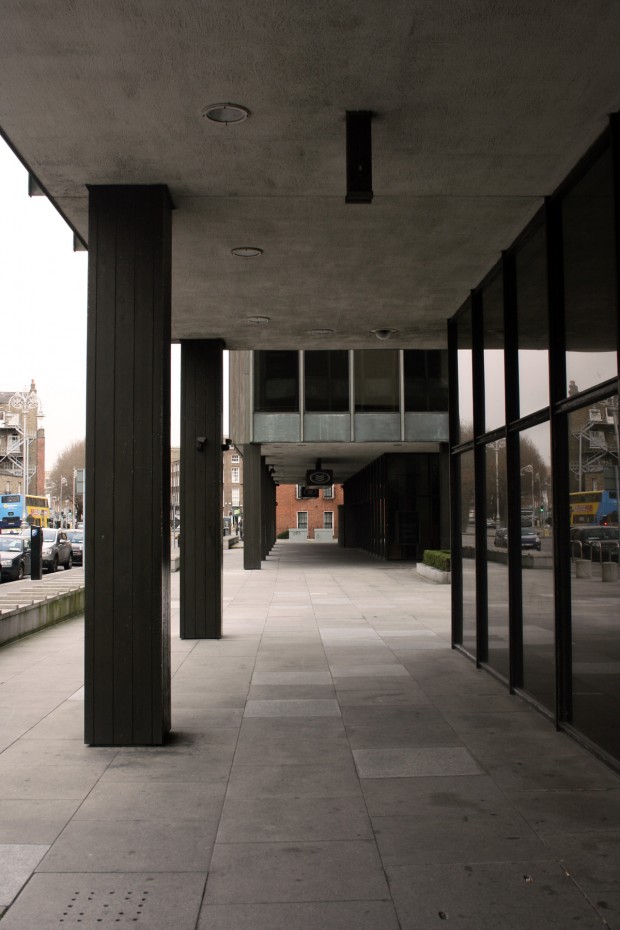 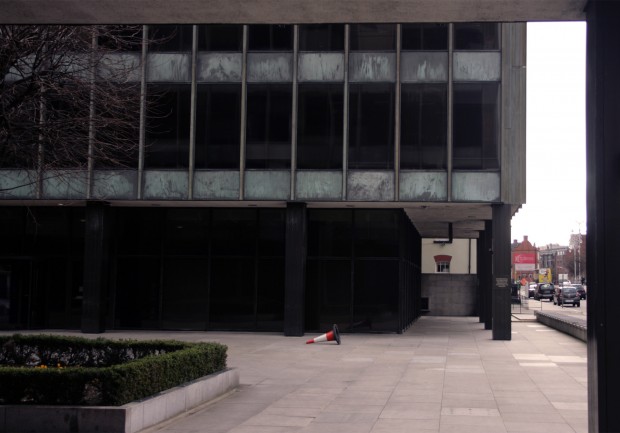 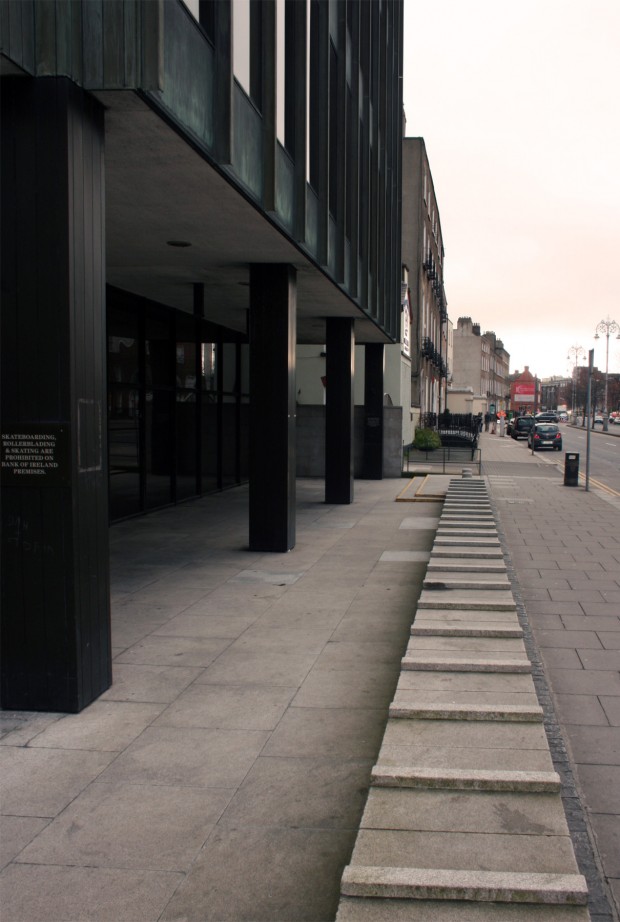 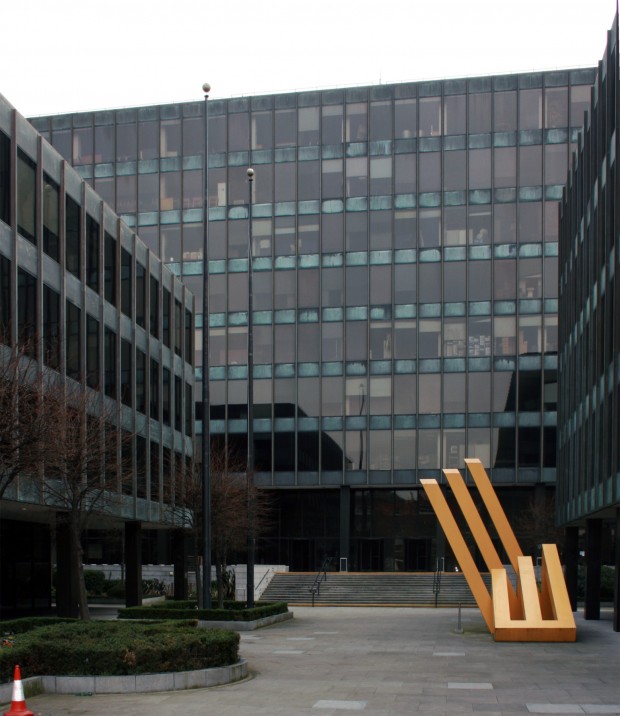 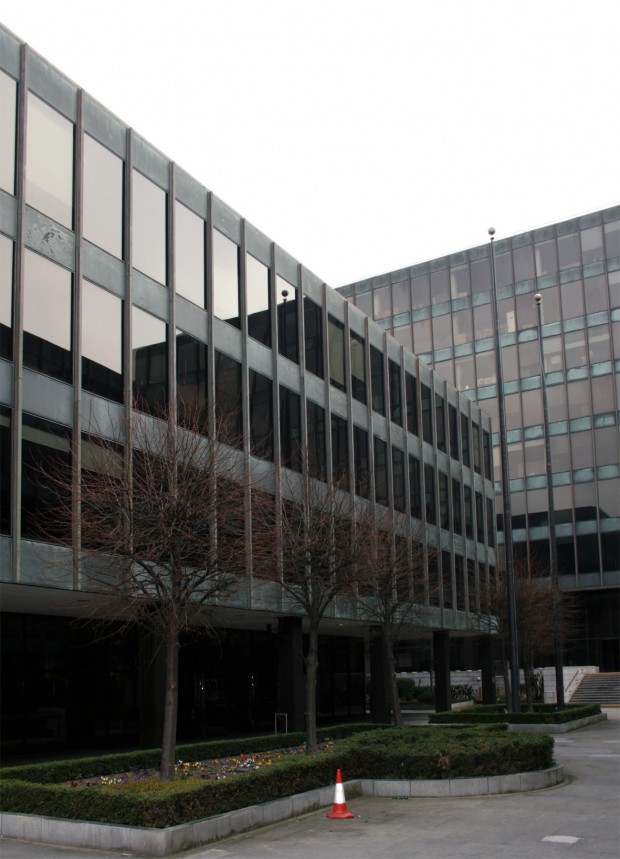 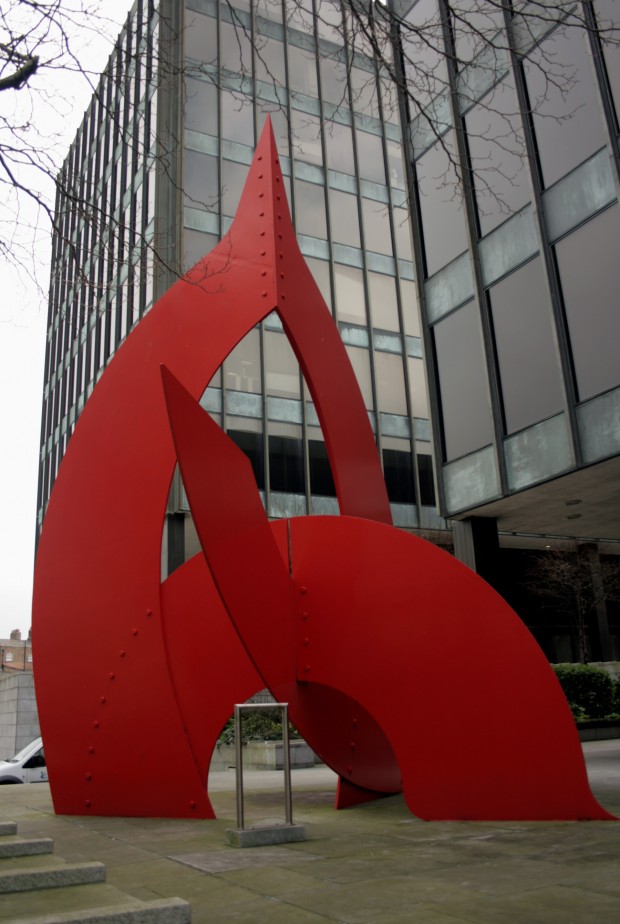 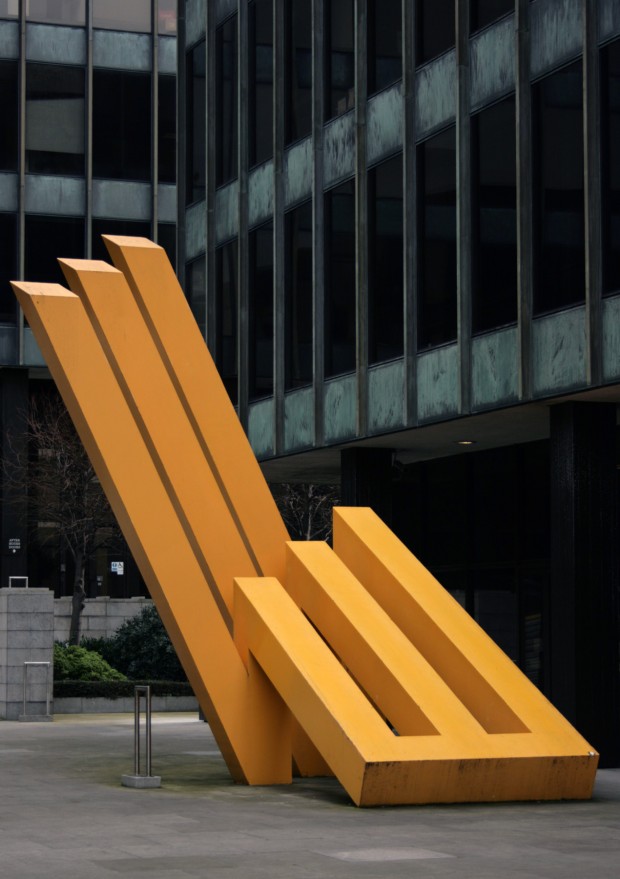 With a single-storey colonnade wrapping the buildings on the ground floor and a plaza sheltered between the three blocks, Bank of Ireland’s former headquarters by Ronald Tallon of Scott Tallon Walker (1968-1975) is much less imposing than it might be. The Baggot Street blocks differ in width and height, with the five-storey block to the southeast near a terrace of the same height, and the northwest four-storey block adjacent to a terrace of similar scale. More remarkably, the eight-storey building on a raised podium towards the mews lane at James’s Place barely reads as tall from Baggot Street. The laneway view is a bit different (like Dublin’s mini Chicago experience), but the human scale and main public street are well considered.

The bronze curtain walling and bronze-tinted glass are my favourite thing about it. As well as the luxury of the material, the detail is handled really well, from how elegant the profile of the mullions (vertical elements) reads from the ground floor to the series of long, slim lines making up the recessed corners. It’s constructed to a very high standard (prefabricated in Dublin by Smith & Pearson), too, and it feels like the grand, grown-up elegance of the 1970s.

There are two prominent sculptures on the site – the yellow steel geometric Reflections (1978) by Michael Bulfin and Red Cardinal (1978) by John Burke – and the interior also features Irish art Tallon collected for the interior, including two tapestries by Patrick Scott (incidentally, a long-time employee of Michael Scott before leaving architecture for art).

It’s unfortunate that the bank’s history includes clearing the site (which included Georgian houses) at 5 a.m. on a Sunday morning – 1 April 1973. The following day’s Irish Times quotes a bank spokesperson as saying that “it was the safest time to knock the houses, as there would be less traffic around”, and there was no injunction against the demolition, but they’re beautiful modern buildings that sit well within the Georgian context and it’s a pity to have them as a flashpoint.